Raspberry Falls Golf & Hunt Club offers the traditional links course reminiscent of those found in the British Isles, situated amidst Virginia's horse country. The club gets its name from the land's former use, a raspberry field. The scenic terrain overlooks to Catoctin Mountains and there are still a few raspberry bushes dotting the course. By far the layout's most formidable challenges come from the deep, stacked pot bunkers that make it truly feel like a classic Scottish golf course. There are also water hazards on a few holes. The course's signature is the par-4 third hole, which is long but plays downhill all the way. The 10th hole, another par 4, is one of the toughest. The landing area is generous off the tee but there is a creek and pond to the left and fairway bunkers on the right.

The 19th Hole is Great For:
Drinks 29
Watching the Game 9
Brunch 8
Course Challenges Include:
Bunkers 63
Elevation Changes 47
Forced Carries 35
This course/club is great for:
Advanced Golfers 46
Wildlife/ Scenic Views 41
A Weekend Splurge 38
This Course's Location is:
Worth the Drive 52
In the 'Burbs 42
Convenient to the City 12

Rough shape for the price

This is not a 120.00 round of golf. Period. Dead grass everywhere, rough tee boxes, burn out areas around greens and no aeration discount. It’s a 70 dollar type place now. Overpriced. Good layout, no “nothing” holes, but we did get behind a “6-some” on the back - again unacceptable for the price.

Not worth the price

I paid $290 for my son and I. I love the course but I’m not sure what they are doing with all the $$$! Most of the tee boxes are in very bad condition. Either the grass was not trimmed or it was dirt. On the 18th hole it was hard to find a spot to stand where my feet were not in a hole!

It’s not worth the price. Guest fees at Lansdowne or river creek are only $120 and those courses are immaculate.

Played Raspberry for the first time in a few years. Very familiar with the course, having played it at least 50 times.

My main complaint is they only had water tanks on two holes. And we only saw the cart girl twice in almost 5 hours. Brutally hot 90 degree day.

I love this place

The greens had been hollow tined so we’re not their usual self. But it’s still a great track. I was paired with 3 lovely locals who are weekday members. A very enjoyable day

For sure worth a visit

First time my buddy and I played this course and we loved it. Playing from the gold tee boxes a few on the longer holes needed some maintenance but the course was pristine. Be careful of some bunkers they are unrelenting but we had an amazing experience

Good course but price is steep.

Overall layout is good with a mixture of shorter, wide open holes in the front 9 and more dogleg holes and longer par 4s (with small, well protected greens) in the back 9. Conditions could use some improvement as many tee boxes were in fair condition and some were downright poor (fungus?). Also, a few traps were washed out by recent rains. The pace of play was a little slow but we were a twosome and the group in front was a foursome. Staff was very friendly and got us out a bit early as the prior group wasn't ready to go. It was a fun day but I thought the price was a bit high for the conditions (however we were playing on the weekend).

Enjoyed it, got in 17 holes at twilight without feeling rushed, greens are in great shape, definitely playing it again this summer at twilight.

Had a chance to play a twilight round on Father's day. Check-in was easy after booking online. Staff was very friendly.

The course was in really great shape. Practice range was in great too, always nice when you can hit off real grass on the range (range balls not included, a small bucket was $5 extra). The practice green accurately reflected the condition/speed of the greens on course,

As far as the layout goes, it was very fun, and appealing visually as the foothills of the Blue Ridge Mountains provide some nice elevation changes on to go along with the scenery. I really liked how there were different approaches to take between safe/aggressive shot choices on most holes.

Attacking the greens always came along with some significant risk, and generally there were some pretty clear safe/layup options if you're like me and not always consistent with your distances/accuracy. Even as a first-timer to the course, there were some clear, but interesting, choices to make on every hole.

Greens overall were very consistent, a bit faster than I usually expect, and satisfyingly tricky. Lots of double breaks without ever being over-the-top difficult.

Same went for the fairways and bunkers, just consistently in very nice condition throughout. I appreciated how nicely maintained the bunkers were when my approach shots missed their targets. Not having to worry about bottoming out in the nice sand made the escape shots from the deeper bunkers much less intimidating than your typical public course. The rough was not so thick you'll spend forever trying to find a ball that missed the fairway by a few yards, but thick enough you'll feel silly for not clubbing up when you're hitting out of it.

I only saw the drink cart once, and was a little surprised that the food/beverage counter in the clubhouse had shut down when I made the turn. Not really a knock, totally understandable given the twilight hours, but next time I'll remember to buy a few more drinks to stash in the cart before I tee off for twilight.

As far as overall value goes, it's a bit pricier than the next closest public course for me. But not by much. I felt like the extra $15 spent was well worth it.

Other thing to note, I had a good chuckle at the fact that you could consistently hear the shooting range nearby, but it wasn't so close it was distracting. If you're not cool with the sound of distant gunfire it might be an unwelcome surprise for some, but hopefully it's implied in the "& Hunt Club" part of the name.

Loved the practice facility - the range, chipping/bunker area are very well maintained. The course itself is in great shape. I found the greens rolled pretty quick, but true. And pin placements were fair. 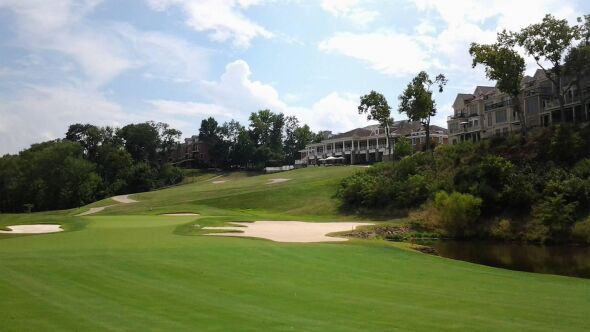 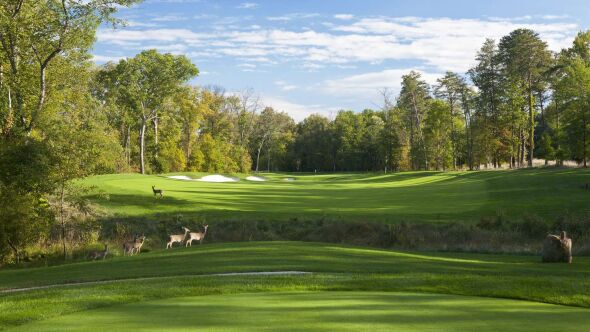 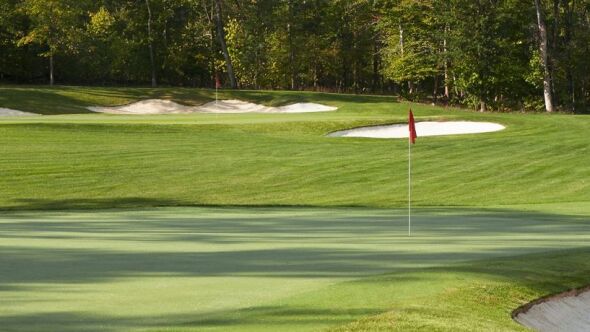 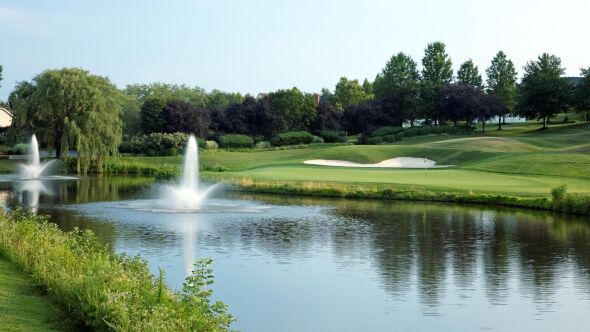 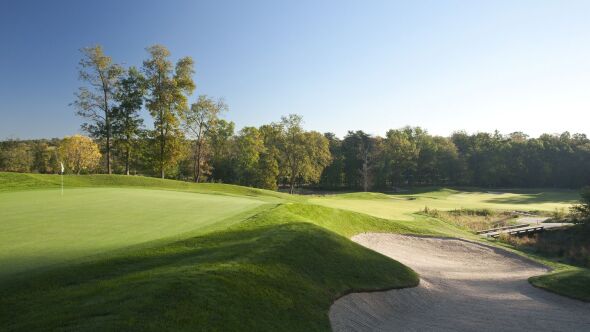 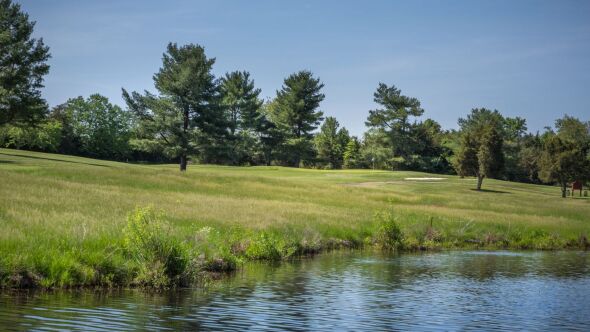 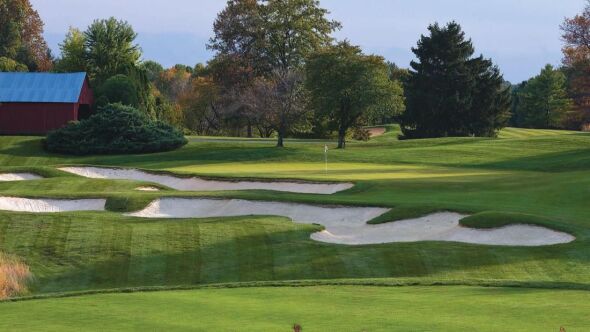 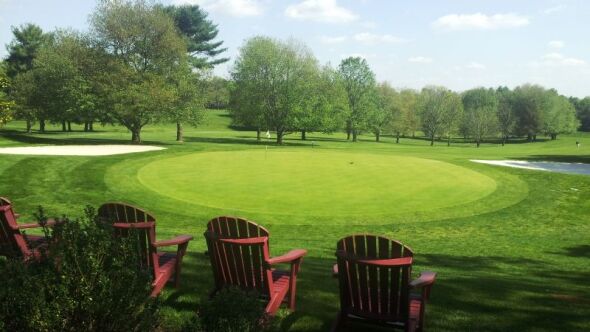 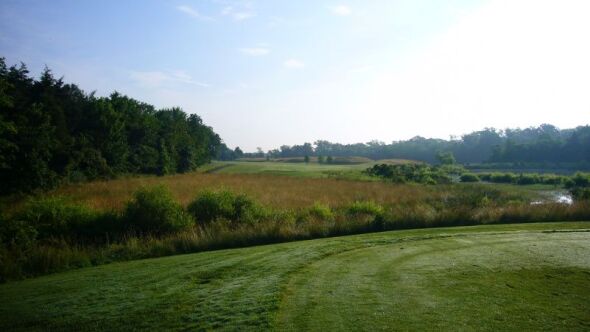 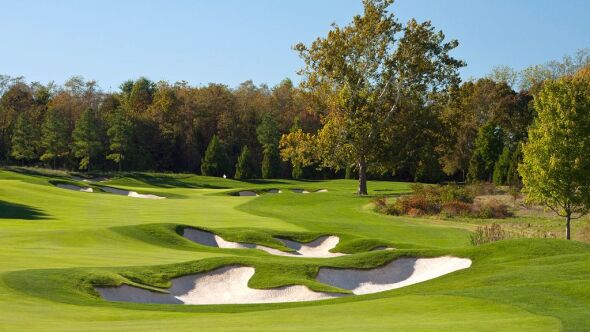 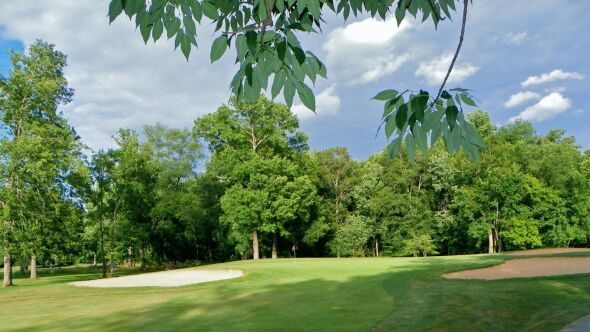 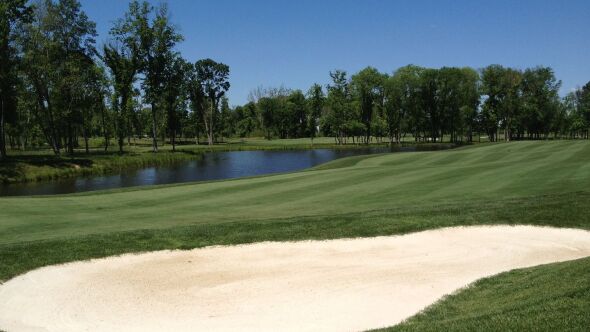 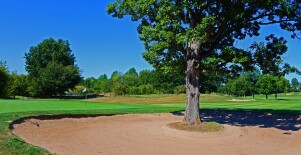 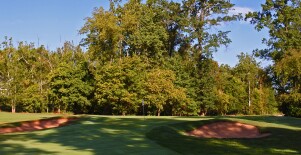 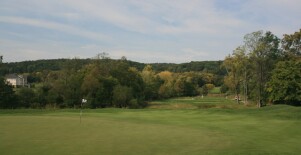 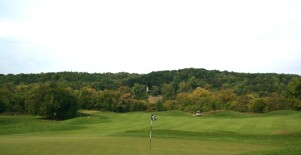 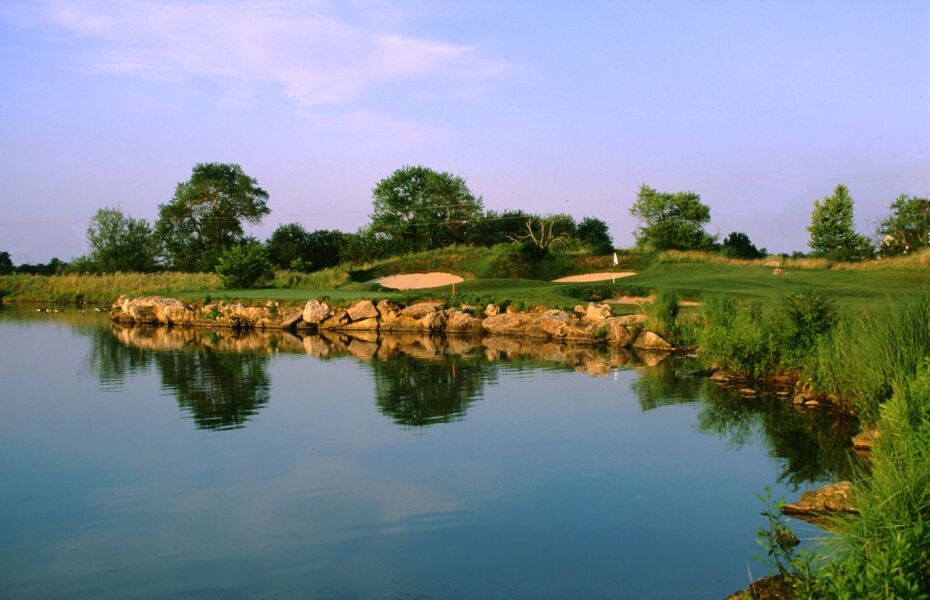 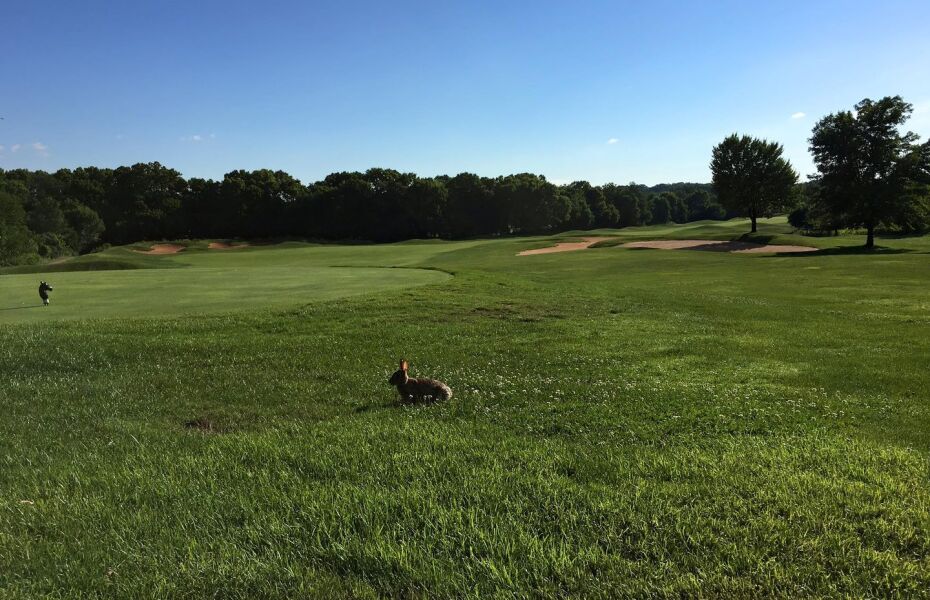 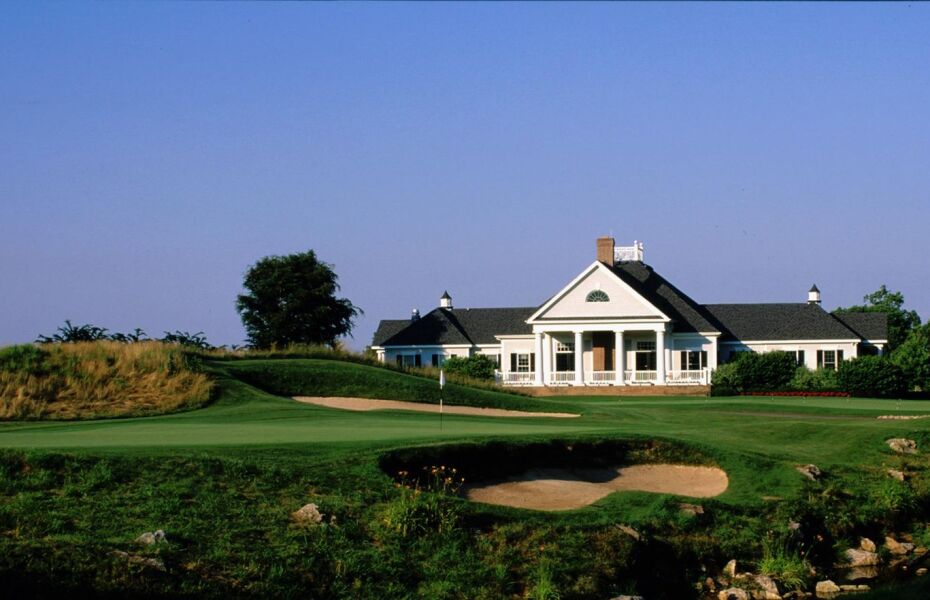 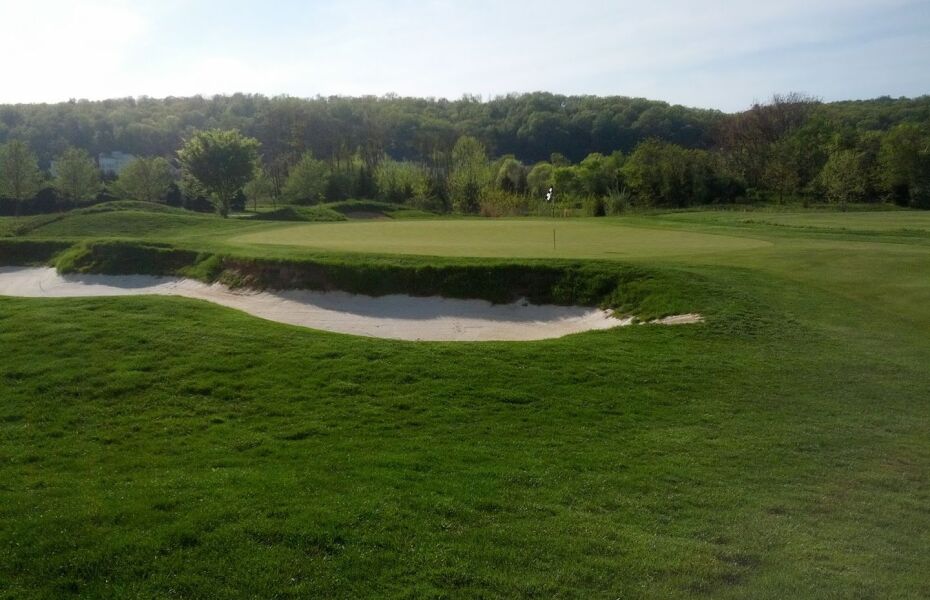 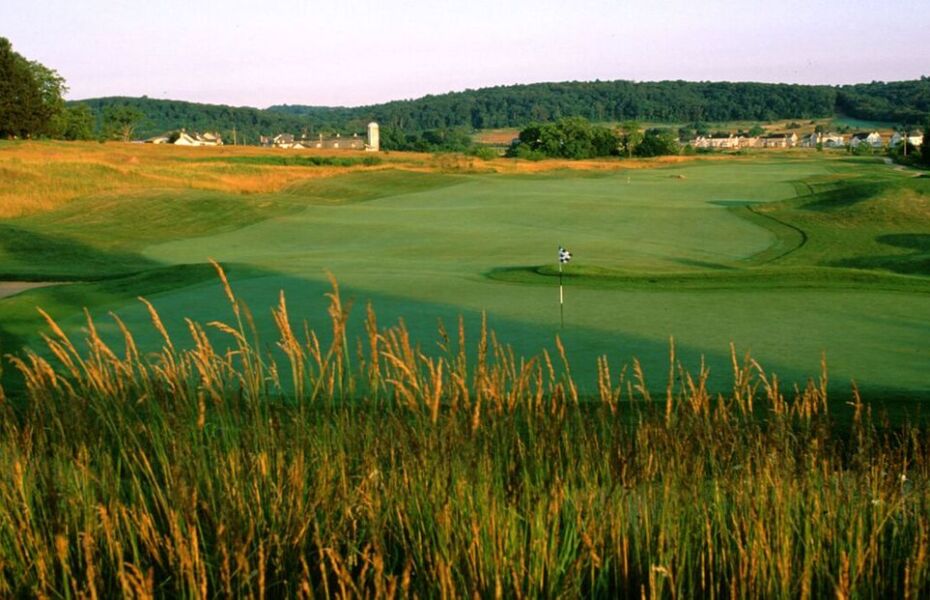 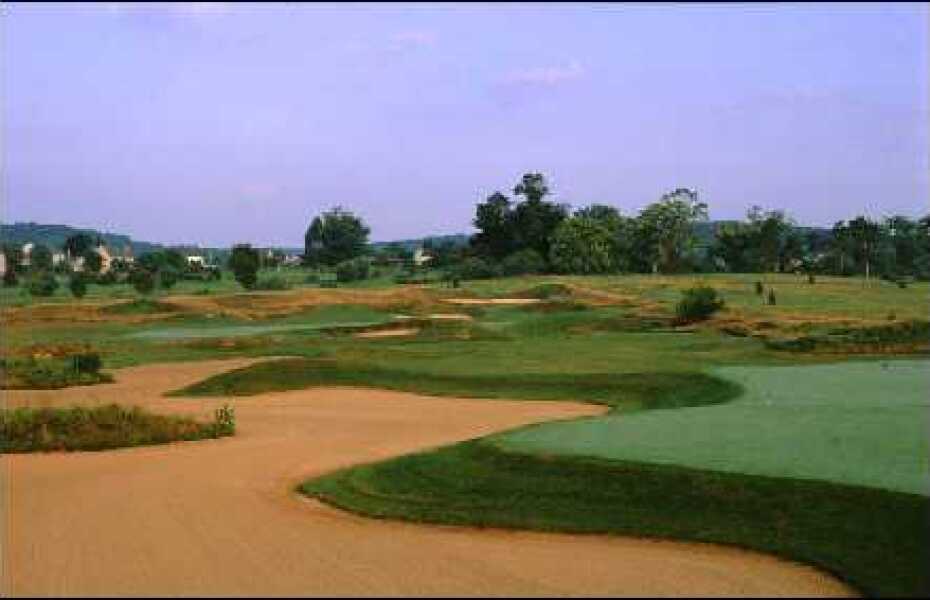