Olympia Hills Golf Course is very exciting and enhances San Antonio's reputation as a golf destination. A unique combination of natural topography and man-made mounds and bunkers make this a super course. Native South Texas vegetation and golf course grass seed formulations on fairways and greens will provide state-of-the-game playing surfaces. The views are spectacular, with several holes playing to greens well below the tees, while other lead to a significant rise to reach the putting surface. Fairways, which on some holes are tight, are often sloped and guarded by bunkers. The tips will not be played by the faint hearted, but with four sets of tee boxes, the course can be enjoyed by all levels of players.

Met a friend of mine that was from out of state there. Staff was great. Starter was a great dude. For a high handicapper like myself it was very challenging but pretty fair. Bunkers need some sand. Fairways were what I consider pretty normal for Texas muni winter conditions. Greens conditions were above average in my opinion. The layout of the greens however was awesome. Multi tiered or had a spine to them. The elevation changes were a blast. Good carts with GPS. Played in right at 4 hrs and 20 minutes which is not fast by any means but average for a public course that people like. Lots of deer out there also. I had a great time and will be back.

I believe the course could have been in better shape. Many of the fairways were browned and cut very short. Most of the greens were in good shape although a bit slow. I understand the course was full which naturally means the pace of play held a bit to be desired. The price was fair. Near the end of the round the wind picked up and chilled us all.

Issues with the Carts and Overbooked

Played here before with no issues but this time it was straight up calamitous. First the golf carts kept getting locked on us while we were are the cart paths saying we were too close to the tee boxes or greens when we weren’t even close to them and literally on the paths. Hole 11 we had to drive backwards down the path as the cart kept telling us to back up and wouldn’t let us drive forward. Most bizarre thing I’ve ever seen at a golf course and it wasn’t just us the groups in front and behind us had the same issues. The pace of play was dreadful the tee times were booked way too close together, maybe the cart issue played into that but there were multiple tee boxes we got to that the group hitting was 2 ahead of us. Not a good day.

The staff are simply amazing, I lost a piece of equipment while playing and two days later I received a call saying they found it. They went way above and beyond in my book, THANK YOU!! The course is in great shape, greens are winter greens right now but still in very good shape. I love the undulations of the course, nice to play a course that's not just flat. The only reason I didn't give 5 stars is due to the bunkers, more dirt and small stones than sand so I don't hit out of them, I drop behind them instead. Practice facilities are adequate, practice greens are a good representation of course greens.

Course was far too wet from over watering, made for sloppy play, balls plugged in fairways and fringe of greens. Bunkers did have a lot of sand which was nice.

jjeweles27
Played On 01/09/2022
Reviews 1
Skill Beginner
Plays Once a month
I Recommend This Course
5.0
Previously Played

Always well maintained. Staff is excellent. One of my favorite places to get out to when I get the chance. Recommend everyone try it out at least once.

Mdrainwater1103
Played On 01/05/2022
Reviews 3
Skill Beginner
Plays Once a week
I Recommend This Course
4.0
Previously Played

Course was in pretty good condition. Greens were rolling fast, did have quite a bit of divots on them though, not enough to complain about though really.

The course was very inconsistent with all things involving golf, the greens changed speeds dramatically from green to green. Very poor condition especially for the perfect weather in SA. Some greens have mud spots and they would put the hole in the mud. The fairways were drenched in water super soggy and in poor condition as well, some were cut well some weren’t cut at all, some it was dirt and mud. Tee boxes were long grass and would catch your driver or your club. The bunkers were nice (surprisingly, I wasn’t in them I just saw others hit out of them). The best part about this course is they had a grass range which was in better condition than the course, Practice area was pretty nice as well! I most likely will not be back to this course

Don’t let the cost throw you off it’s a good course. Fast greens and open on the back 9 when your game begins to slip lol!

I've played this course in the past and it just seems to get more and more beautiful. Very challenging, beautiful landscape and great course for the price. Can't wait to go back.

Nice greens, some fairways were not good.. pace of play was brutal.. I quit after 13 holes (almost 4 hours to that point) great layout, good value 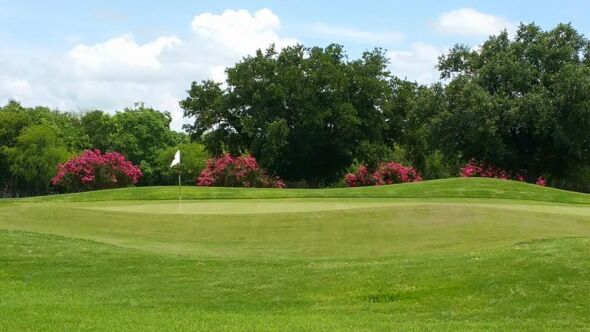 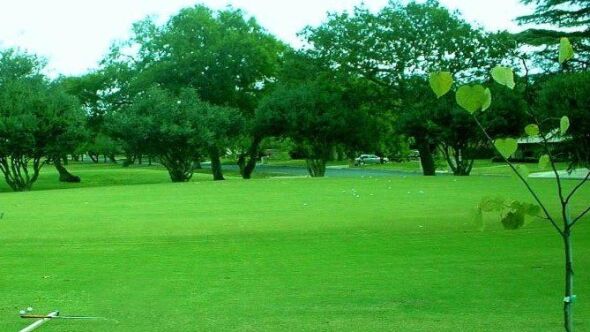 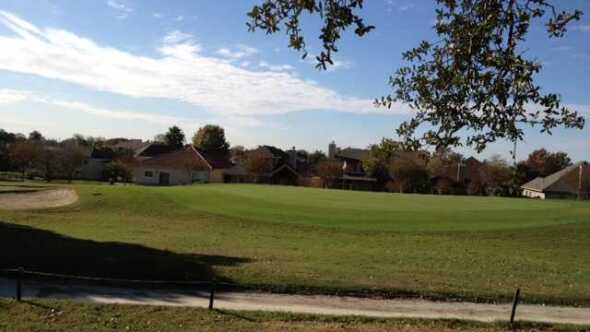 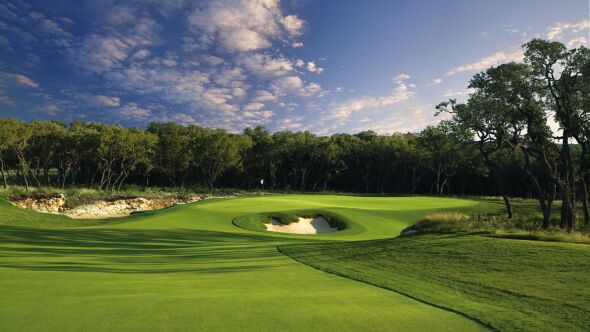 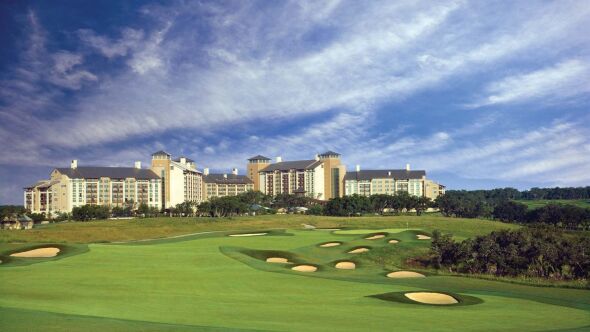 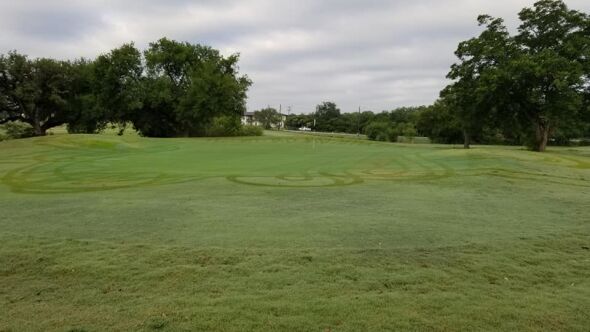 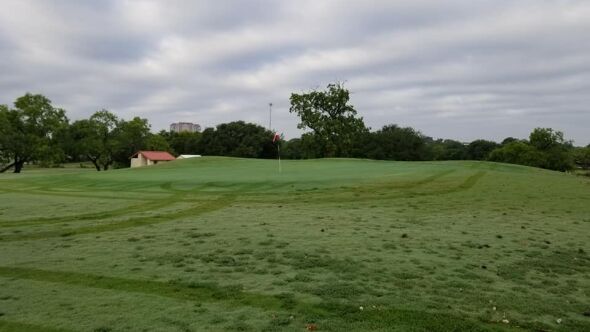 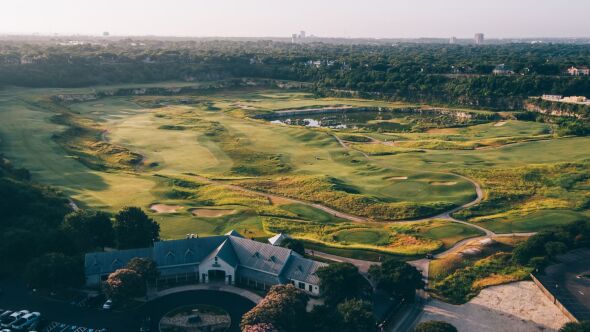 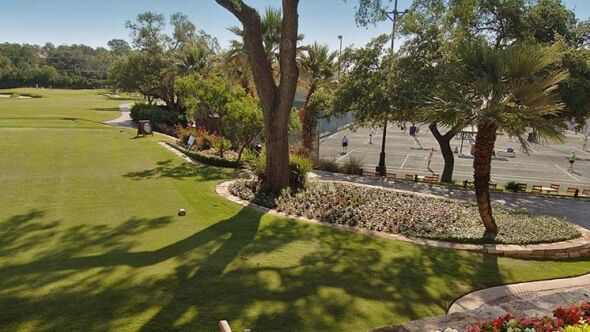 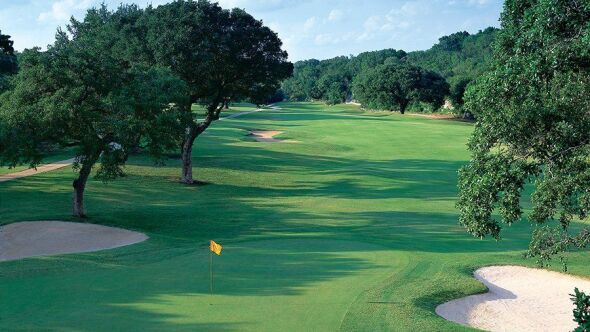 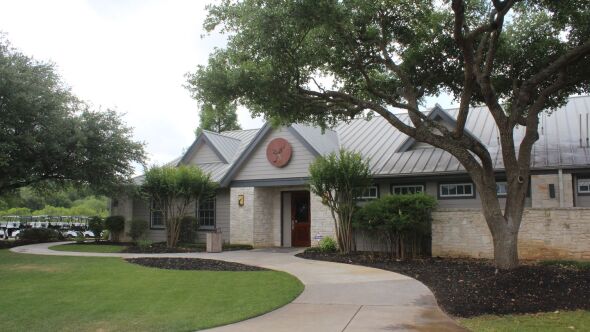 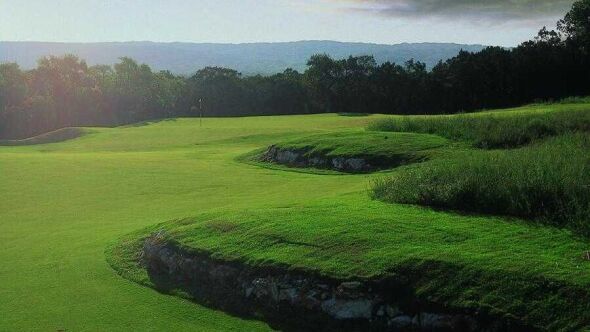 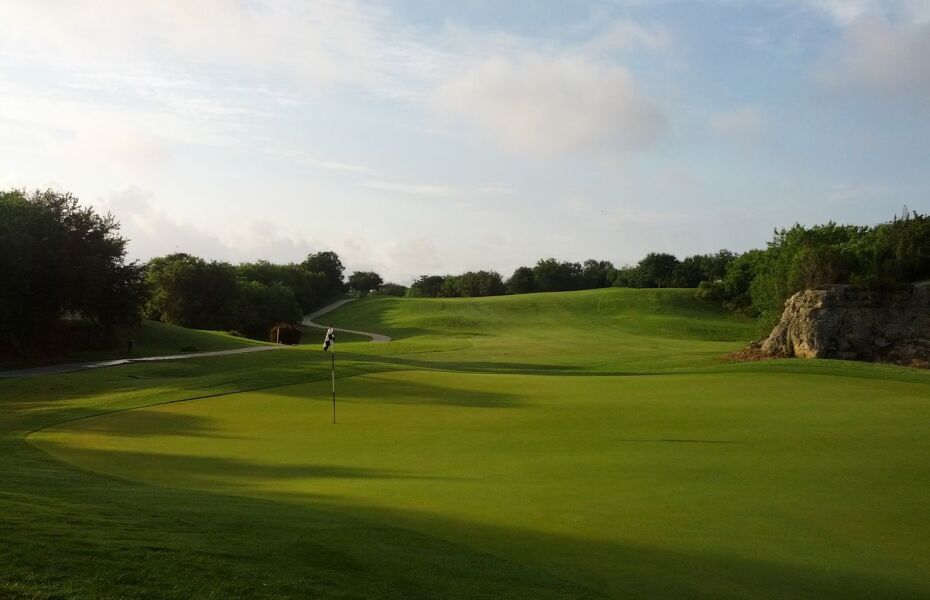 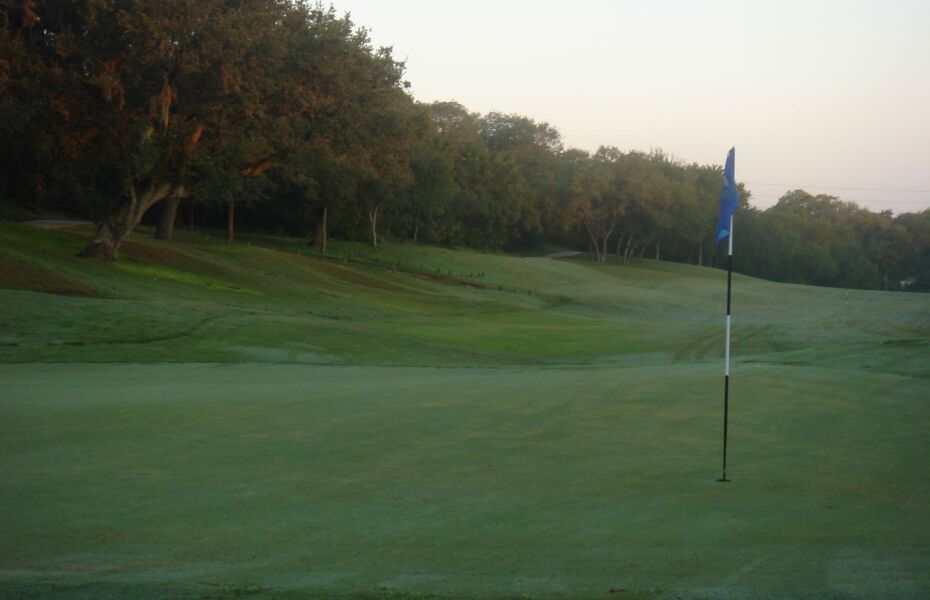 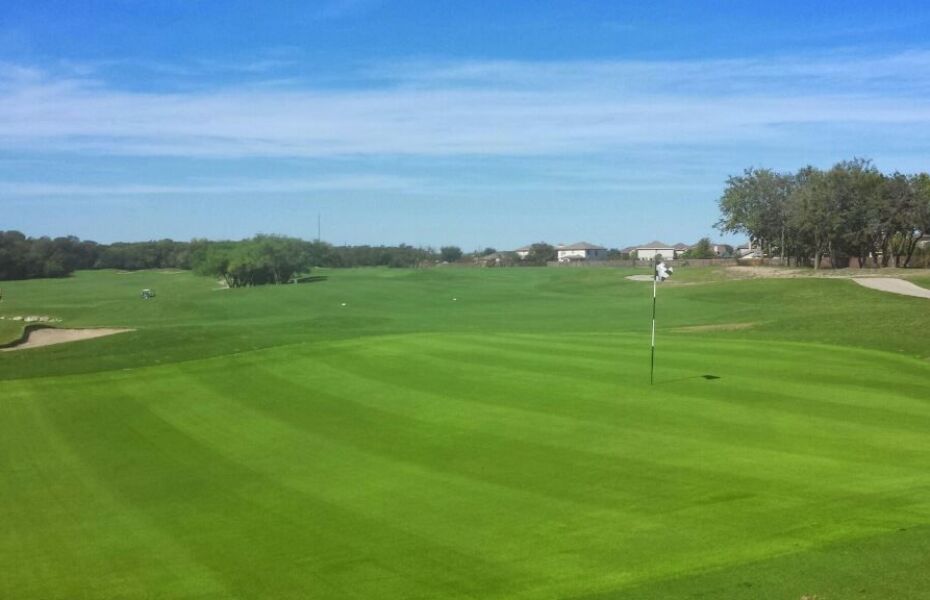 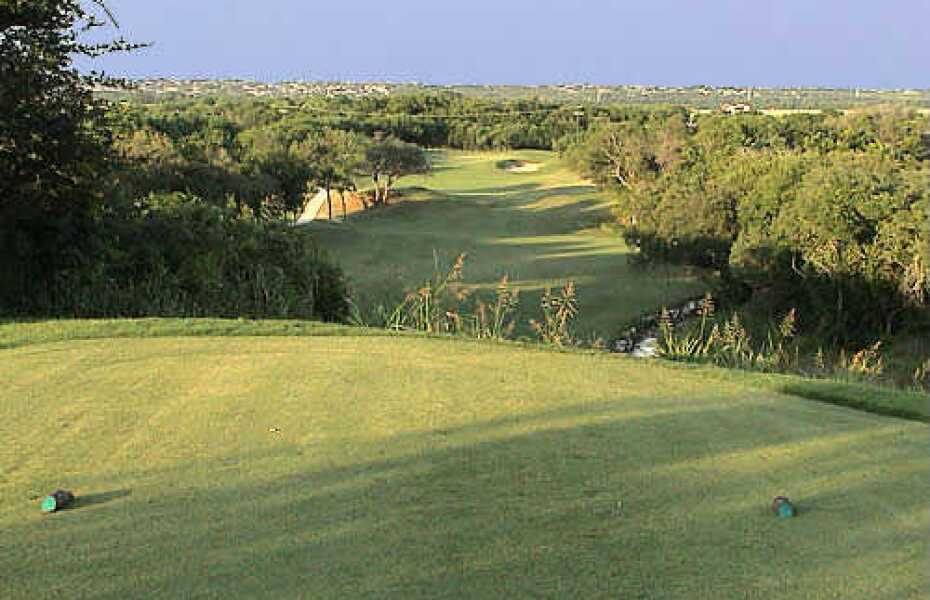 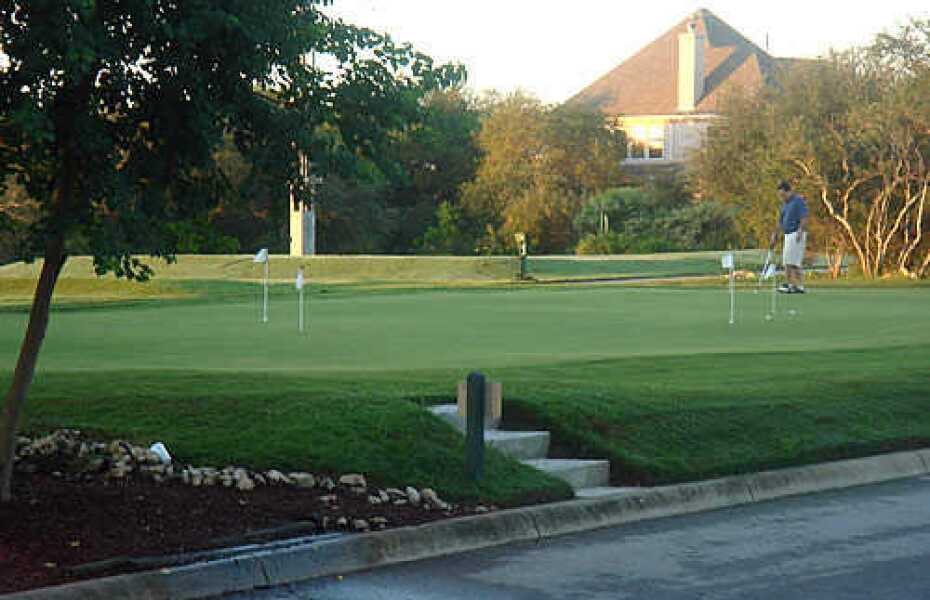