Have a buddy who is a member. Clubhouse is gorgeous and also serves excellent food. Driving range is spacious and you can see the SMU clubhouse on the other side. The putting green is large and the greens are fast which I like.

Definitely a placement course. You normally are required to walk the course but they also provide push carts. Very nice course to walk. They offer bottled water and snacks every few holes. Most greens are pretty big with a lot of undulations. Several of the greens are designed as an upside down bowl which means if it is on the edge it will roll off 20 yards.

First class venue and a top 5 course in DFW.

Could be the most interesting venue on the PGA Tour

After playing this course a couple of times, I can't wait to see how PGA Tour players handle it. This is unlike anything else on the PGA Tour, which makes this links-like creation by Bill Coore and Ben Crenshaw immediately interesting. And it was certainly intriguing for me when I played it. This course is all about options – come in from the right side or the left, putt it or chip it, fly it in the air or run it up on what are usually firm, fast conditions. Then there's the beauty of this place. Rolling topography that plays differently every time you tee it up. And weather certainly plays a roll, especially the wind. This is a course that I could play every day and never get bored doing it.

Let me start with really the only negative, it’s hard to find. There are no signs on Loop 12 saying “Welcome to Trinity Forest” but I expect this will get better. I got there about an hour before the tee time, me and my playing partner got a tour from one of the head pro’s. An amazing complex, 3 ranges, practice facility for SMU, a par 3 course and a championship course you will not find anywhere in Dallas. The SMU practice facility was something to behold, an amazing facility. After the tour, we met our playing partner (Garrison Marx, another pro), super guy, great player. The course is really something to behold, there is no rough, no tee boxes, just continuous fairways and large greens. There is some scrub on the side you need to stay out of, but your caddy will help with that. We played from the back (7150 yards), but the fairways are really hard and the ball rolls a long way, it probably plays about 300 yds shorter if its dry and not windy. The greens are also very tricky, most require you to hit to spots (again, the caddy helps) and always be short, being long is very penal. Our caddies were excellent as well.
Hope I can go back again one day, I got on through a friends reciprocal. If you ever have a chance to play it, you need to do it.

This is a true golf player's club

There are a ton of private clubs in the DFW metroplex. Who needs one more?

Well, Trinity Forest is something else. It's set within the dense Trinity Forest south of Dallas, but on these particular acres, the course sits on old mining site that unearthed some pretty good sand and roll to the land - just enough for Coore-Crenshaw to do their magic.

On my first round, despite having a caddie, I felt a little brain overload standing on some of the tee boxes. there are a lot of bunkers and angles to consider. Everything isn't as in front of you as some of C & C's resort courses, and the ball can certainly roll on zoyzia fairways meant to have some fire in them. That said, this is a members club, and one that local PGA Tour players are already joining (in fact, one was in the clubhouse when were there), so a little bit of nuance and complexity in the design is certainly warranted.

There is no real estate component at Trinity Forest, just the golf facilities and eventually some stay-and-play cabins. Suffice to say it's going to be a first-class, golf-only getaway minutes from downtown.

Everything about this facility oozes "Players Club." SMU will practice here and not only is there a double-sided range, but a practice course with some flexible routing options.

Having said that, I saw several groups using Golfboards on the course, so there is a lighter side here. 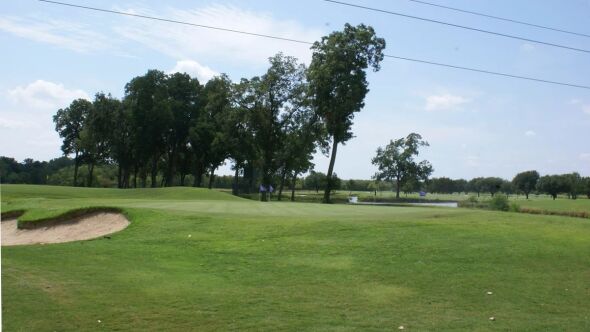 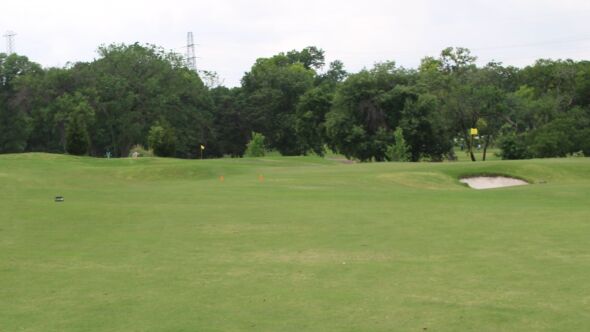 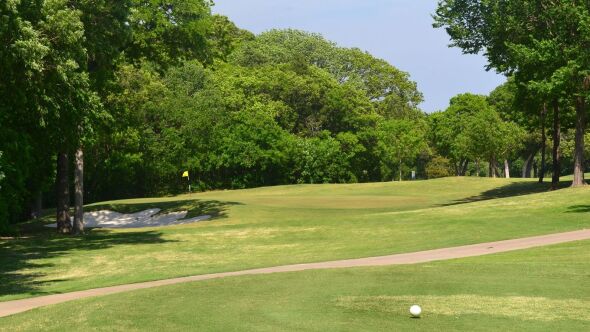 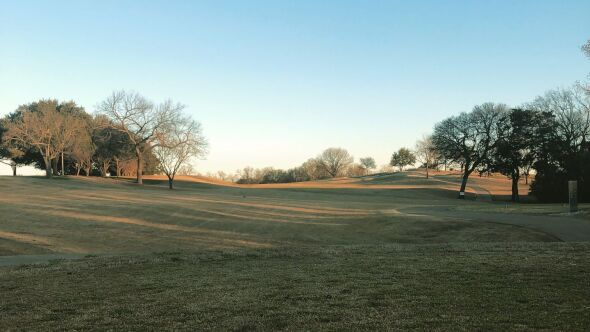 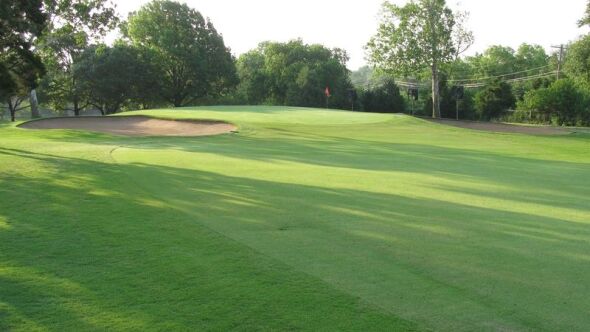 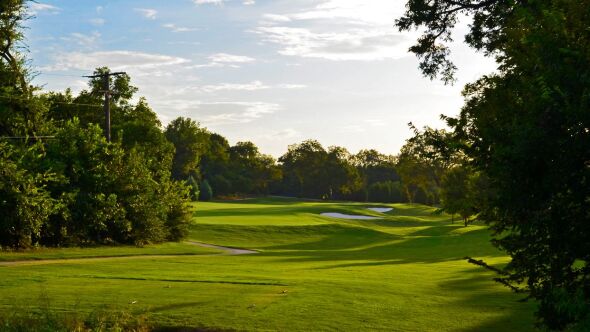 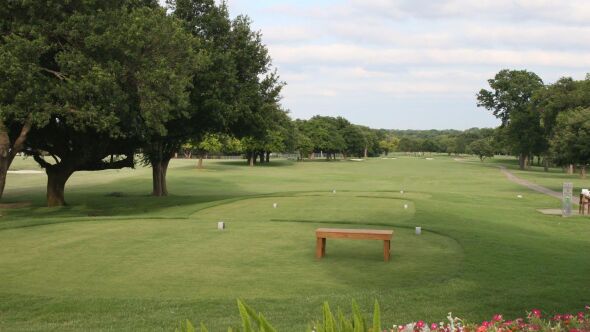 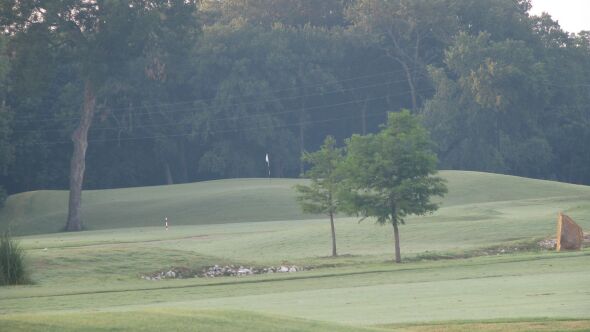 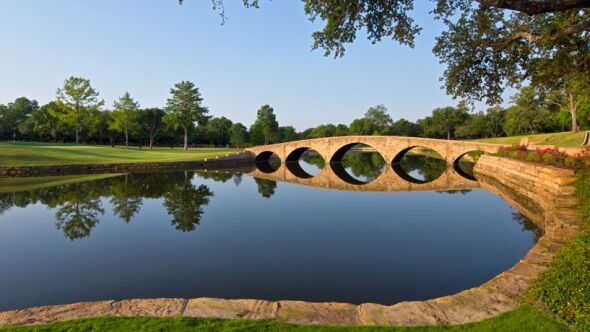 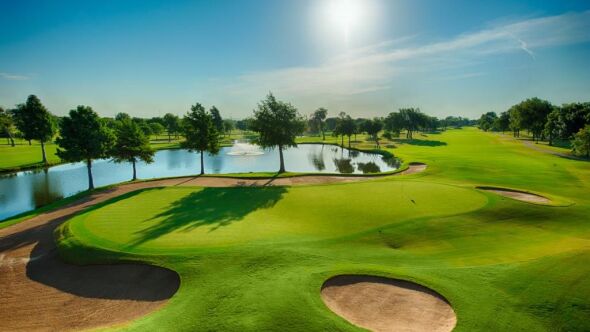 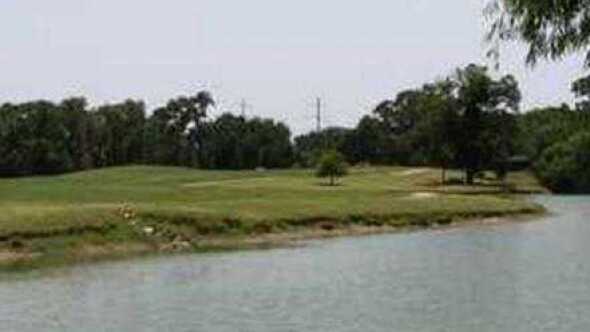 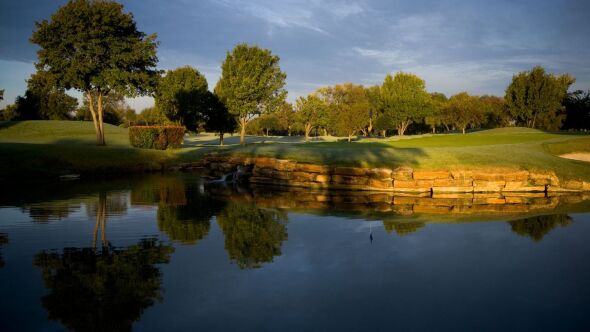 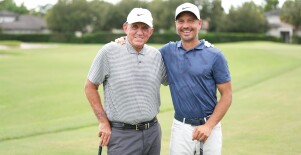 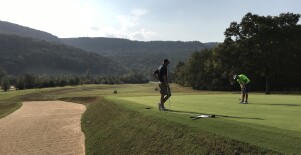 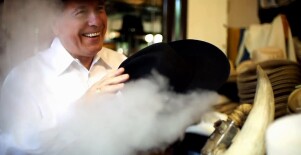 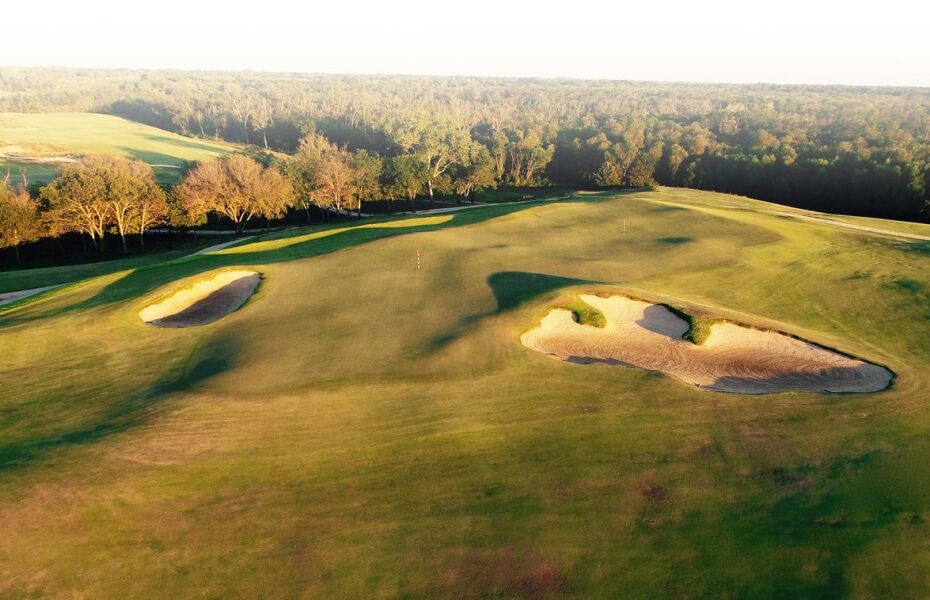 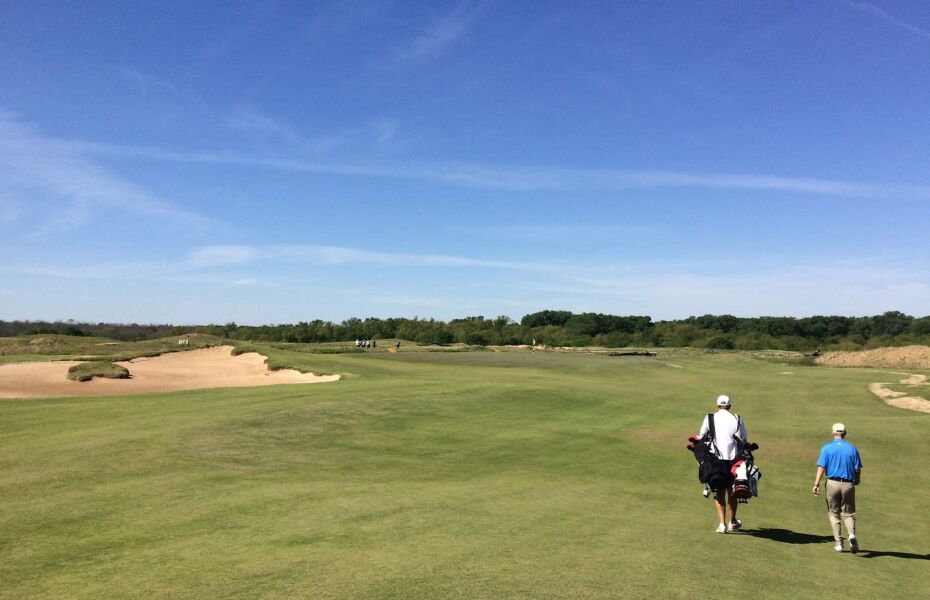 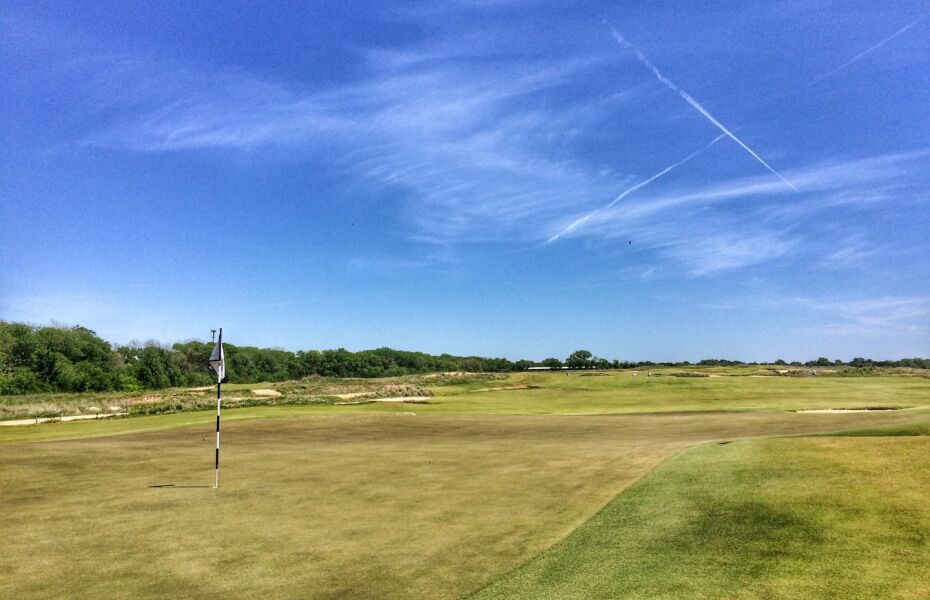 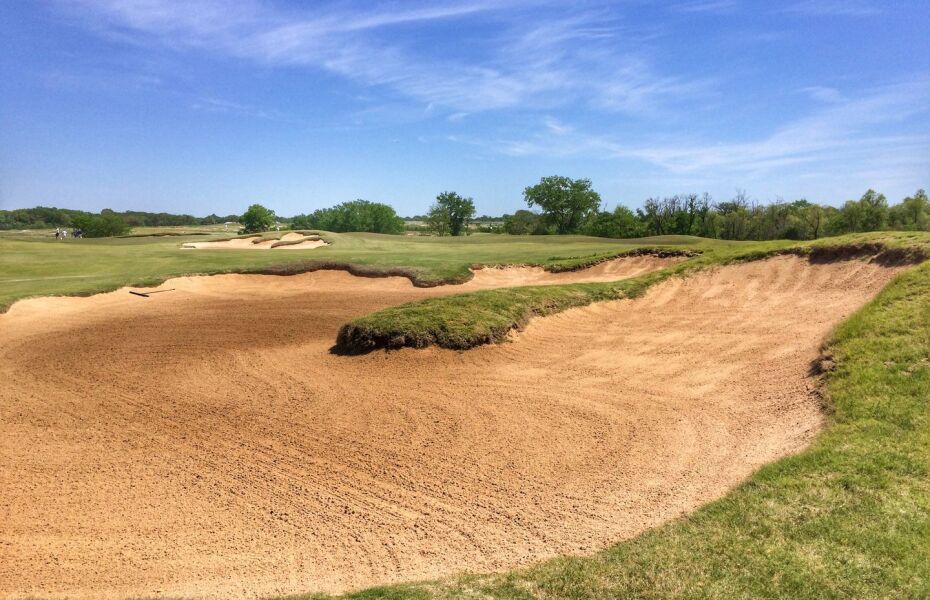 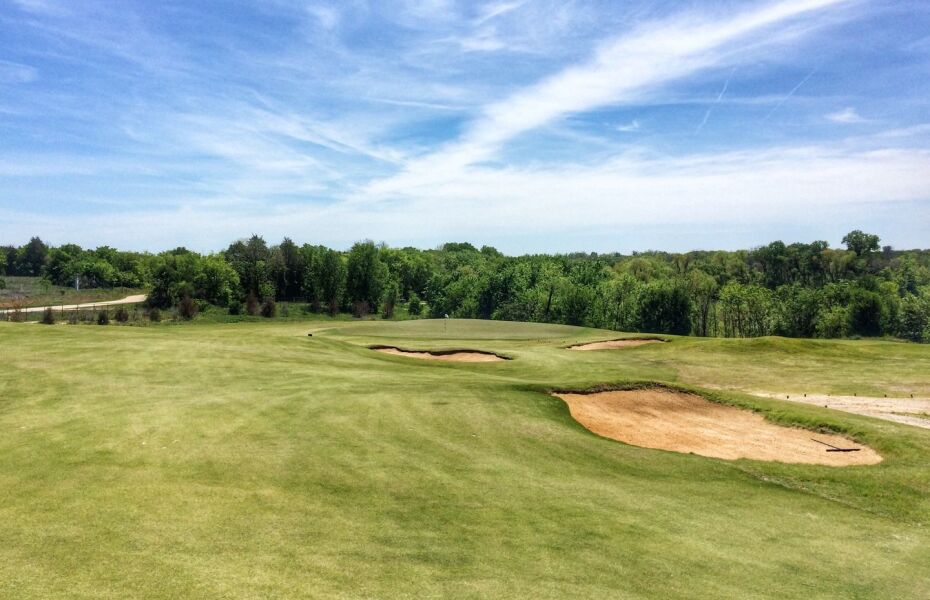 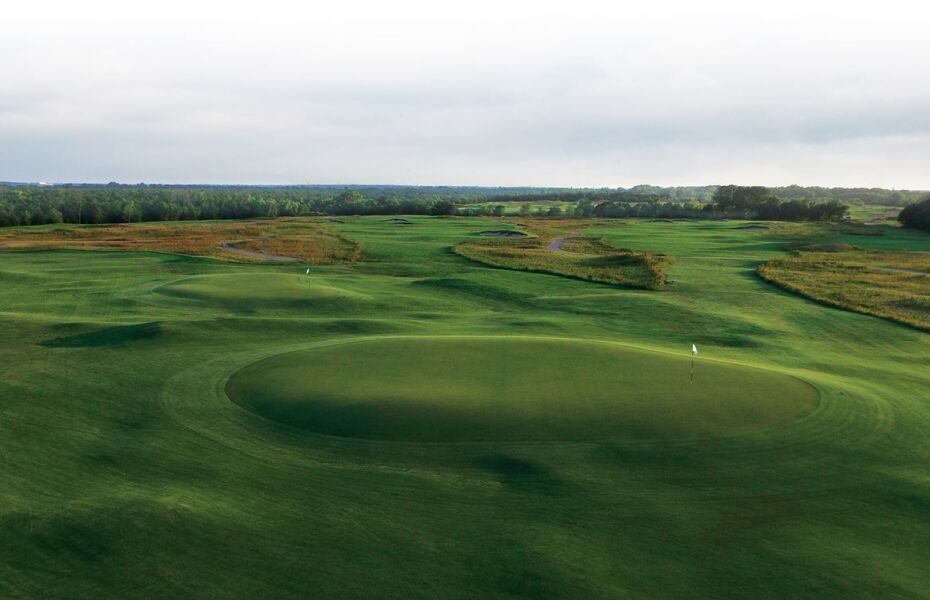 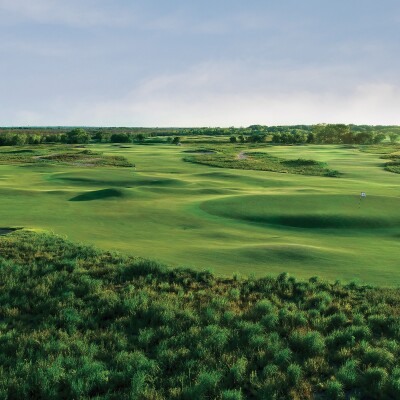 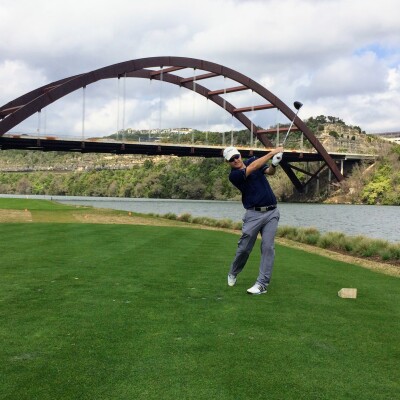 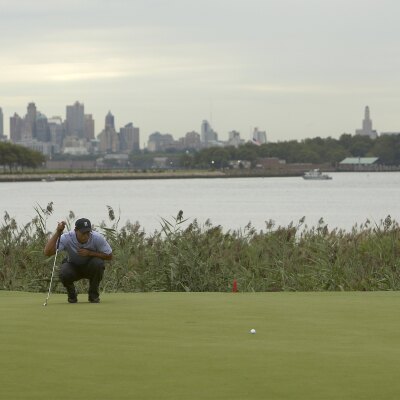