About time! Golfers can finally hook up in Germany 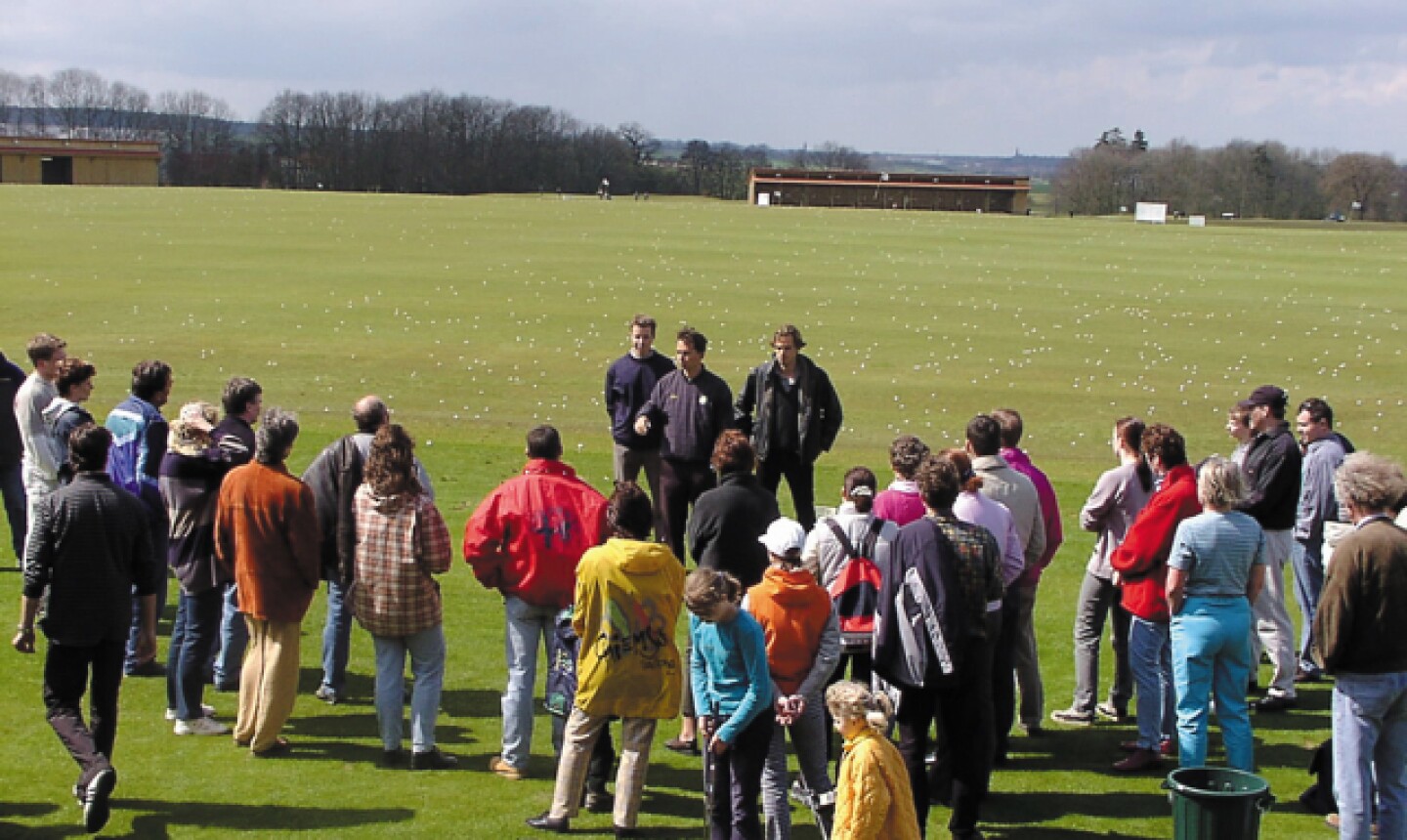 Group lessons, or "Schnuppers," are a popular way of introducing golf to a generation of golf-deprived Germans. Courtesy of Fleesensee Resort 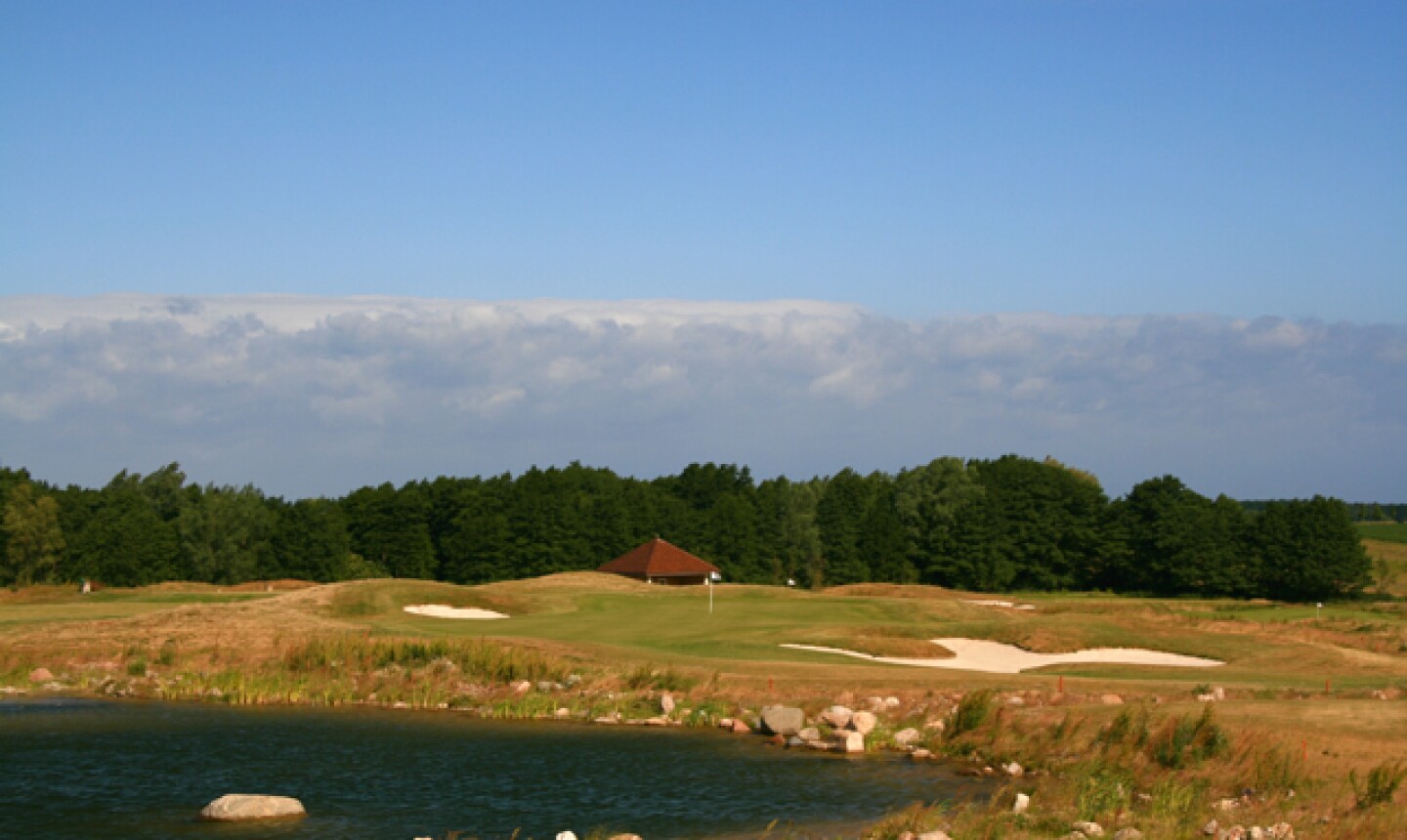 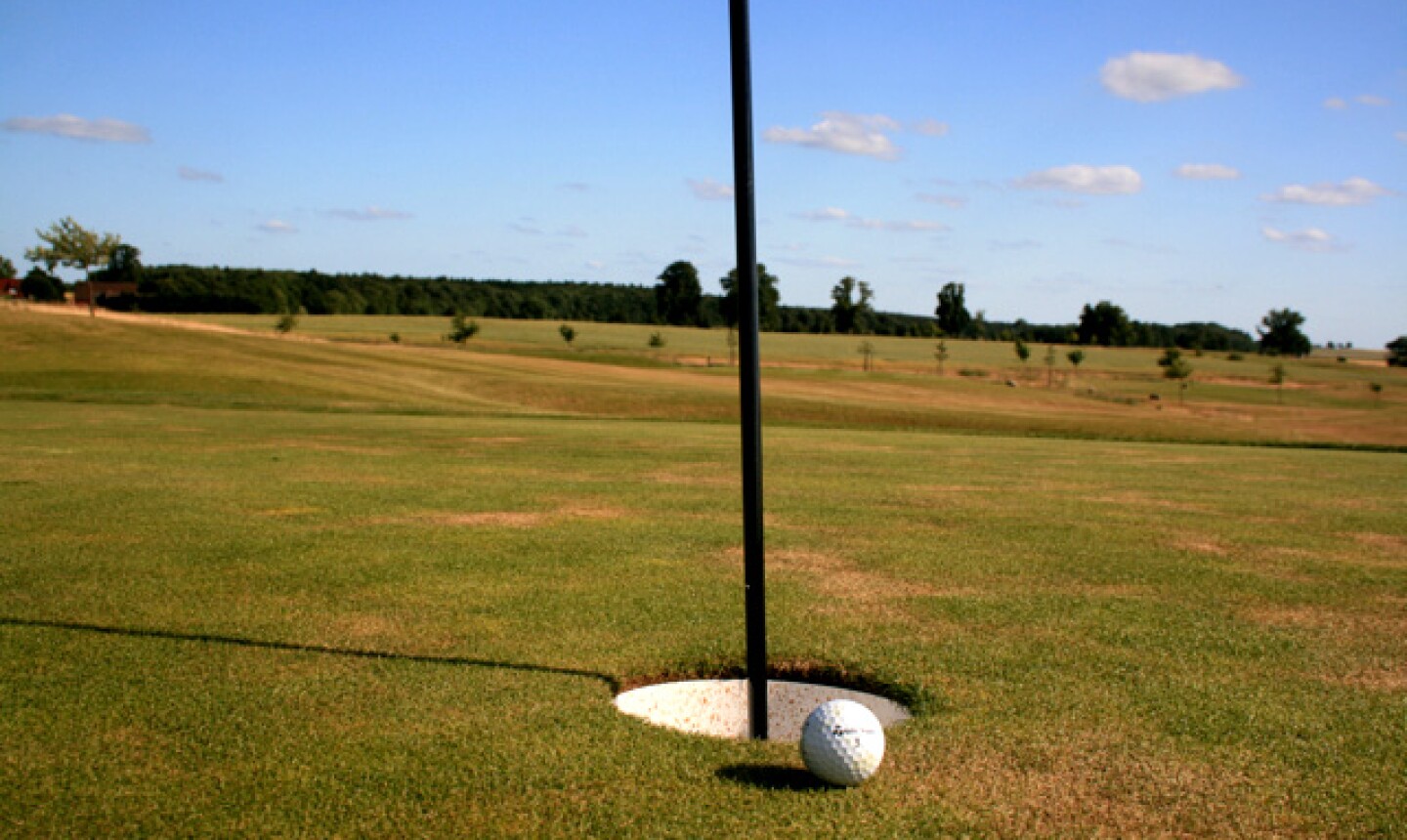 BERLIN, Germany - Witnessing the chaos of Germany's semi-final win in downtown Berlin at the ruins of the Kaiser Willam Church Memorial, it's easy to see Germany is a soccer-obsessed nation.

So when one of its heroes picks up a golf club, the game finally gets noticed.

Enter, Uwe Seeler. Legendary striker, famously known for turning down a lucrative contract with an Italian club to remain in his beloved Hamburg. Following his soccer days, he was seen more and more on golf courses around Germany.

For many Germans, Seeler's interest ended the stigma that golf is a game for wussies.

"He began playing golf and so more wanted to play like him," said Joern Loeding, a Hamburg tour guide.

It was a step in the right direction for golf here, traditionally known for its older, elitist mindset, which doesn't exactly fit in with gritty cities like its capital, Berlin.

There is even a popular saying about golf in Germany, translated as:

"If you don't golf, then you still have sex."

Golf has a knack for being coined "elitist" in many parts of continental Europe. But to carry a sex-deprived label? For golf fans used to PGA Tour coverage riddled with Cialis and Viagara commercials, that's hitting a little close to home.

But it appears that in Germany, you finally don't have to choose between a round of golf and hitting the skins.

English teaching professional Dylan Bawden, who came to Germany a number of years ago, said the culture shock has been an eye opener. Now the head professional at the Treudelberg Golf Club just outside Hamburg, Bawden says the perception of golf has changed. He even recalled a former student at his old club in Munich asking Bawden to keep his new hobby on the down low.

"He didn't want his friends to find out he was playing golf," he said. "But eventually they did, and soon they began playing too."

Like many golf clubs around Germany's cities, today Treudelberg regularly holds "Schnuppers," three-hour group lessons that introduce the game to a nation chock full of golf virgins. For many of these middle-aged men and women, it's the first time they've touched a golf club. It produces some pretty bizarre swings.

"A lot of them tend to keep their left arm too stiff," Bawden said.

Most clubs in Germany require just a 54-handicap and a golfing license to play, which isn't exactly excluding many people. For some of these members, their goals aren't horribly lofty. Many hope they can simply get their number down to the magical 36, which earns you entry onto most of the resort courses in Mallorca, Spain.

But Germany's northern region has some remarkable facilities of its own for both public and member play, though the golfing season is much shorter here than in Iberia. Hamburg is Germany's golf hub with over 20 courses in its metro area.

Northeast of Hamburg you'll encounter the Kepinski Helligendam Resort, which hosted the world's leaders at the G8 Summit last June. Up the road from the resort is a brand new golf course, Ostsee Golf Club, featuring plenty of water and rock fixtures overlooking the Baltic Sea. It's a showy, complex design, and 54-handicaps will get eaten alive here, especially when the wind comes in off the coast just a few kilometers off.

For a confidence-booster, head east toward Berlin. The Fleesensee Resort features three championship golf courses, two executive courses and a massive, circular driving range and practice center. Its most clever asset, however, is the Coca-Cola Family Course, which has something you won't find many places: enlarged golf holes nearly a foot in diameter.

While Germany's golfers still have a ways to go before being on par with British or America club players, the golf clubs themselves have come along nicely. The game is especially popular with couples.

And the good news is that Germans' pace of play is speedy; whether they're in the weeds off the sides or down the middle of the fairway, don't expect to run into many backups on the course, even on weekend mornings. Though golf carts are available, hardly anyone uses them.

Even more refreshing is that some of the young women out there not only have some of the sexiest, tight-fitting and colorful apparel, but the best swings you'll see during your trip.

Tim Gavrich
Senior Writer
Now Reading
About time! Golfers can finally hook up in Germany
Search Near Me