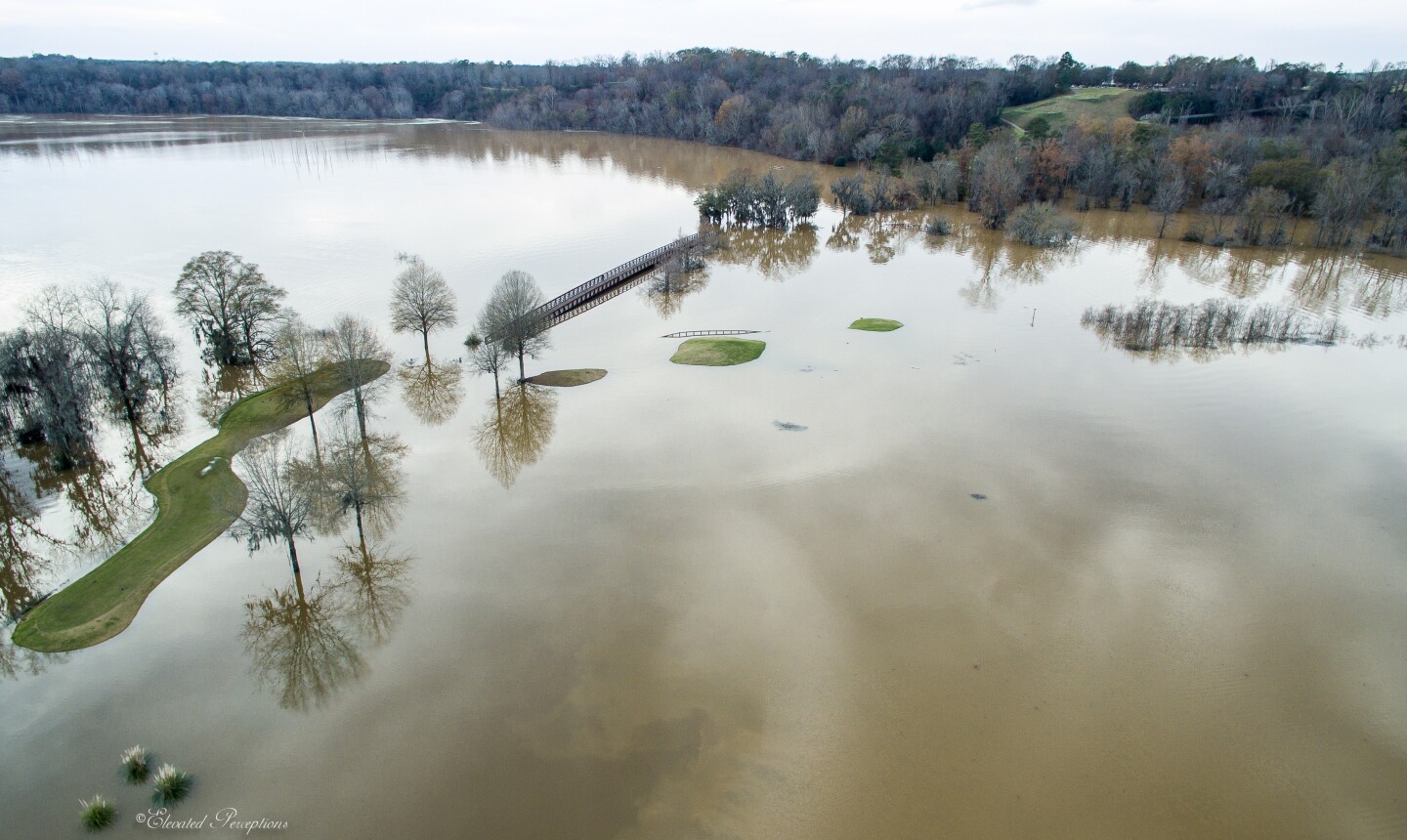 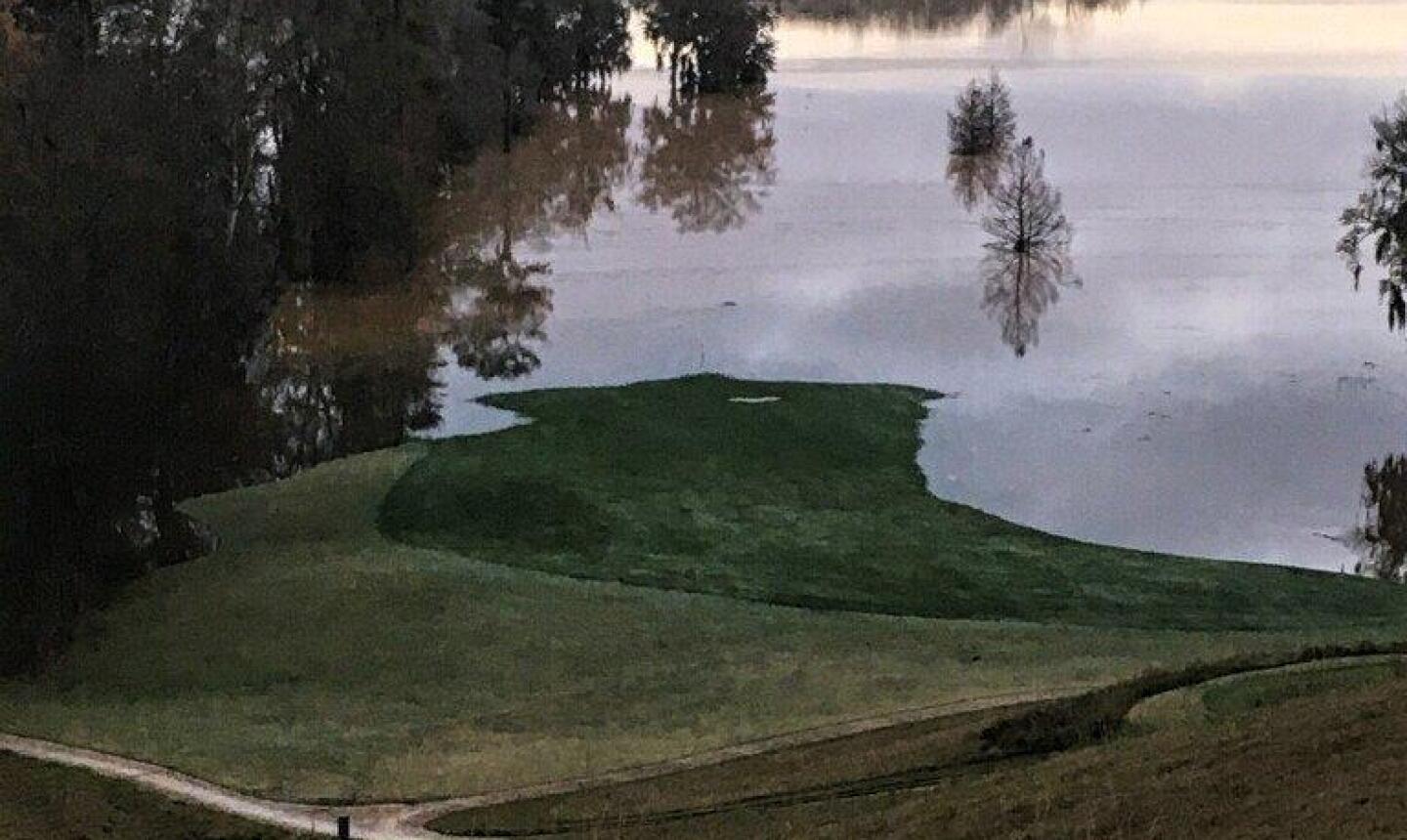 The first hole on the Judge Course at Capitol Hill on the RTJ Golf Trail flooded around Christmas time. Courtesy of Capitol Hill 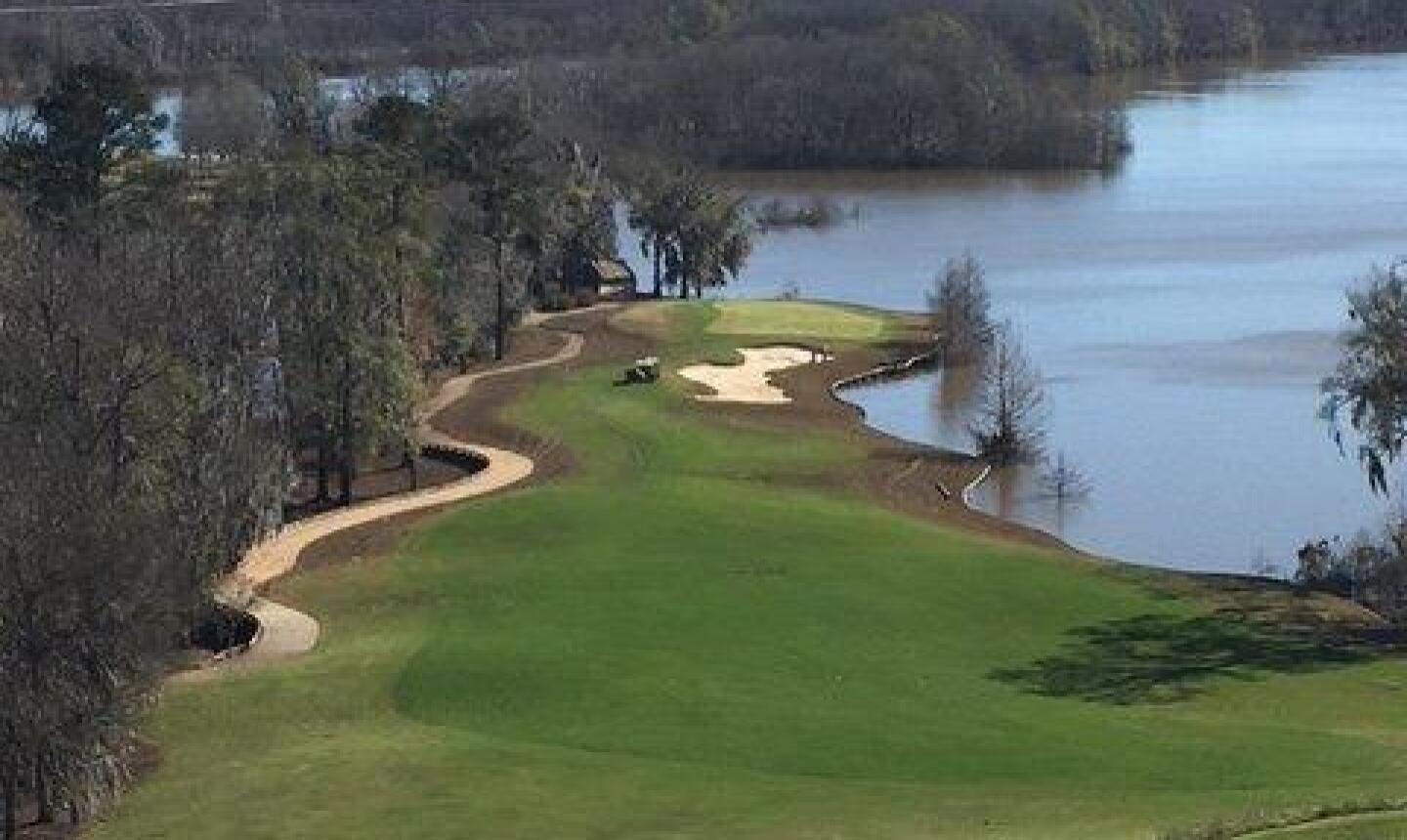 Once the flood waters of the Alabama River receded, the first hole on the Judge golf course at Capitol Hill recovered nicely. Courtesy of Capitol Hill

Massive flooding has receded at the Robert Trent Jones Golf Trail's Capitol Hill location in Prattville, Alabama, leaving a bit of a cleanup -- but fortunately no significant damage.

Capitol Hill's Senator and Legislator Courses are already open with the Judge reopening Saturday. Sitting on higher ground, the Senator Course -- home of the Yokohama Tire LPGA Classic -- was not impacted.

Mike Beverly, director of golf at Capitol Hill, has seen plenty of flooding from the Alabama River in the past. The river rises up to flood the Judge and the Legislator courses from time to time, he said.

He's never seen anything like the surge that rains brought on over the holiday season. He estimated more than 16 inches of rain fell from Dec. 23 through the New Year. The river surged to a height of 44 feet, 6 inches -- nine feet higher than normal. Holes 11-13 on the Legislator and holes 1-4, 11-12 and 15 on the Judge took on the most water. Several were under water more than a week.

"It's the highest the river has been in 26 years," Beverly said.

"Some of those greens were seven feet submerged. Thankfully, the course is designed to handle it, but once they are under water for nine or 10 days, you start to worry what it looked like."

Capitol Hill, one of the most heralded stops on the Robert Trent Jones Golf Trail, is the only trail location with three regulation courses. The Judge Course is considered one of the best public golf courses in Alabama, ranking first by Golf Digest and fifth by Golf Magazine among the state's best public courses. Most of the reviews on Golf Advisor award Capitol Hill five stars.

Beverly indicated it will take some time to clean up bunkers, which were impacted just as much by the heavy rains as the flooding. All fairways and greens have already been mowed.

An experienced maintenance staff spearheaded the speedy recovery. Beverly said at one point, the crew put a mower on a boat to reach fairways and greens on The Judge that weren't flooded, so they could be cut.

"We've been through this so many times," he added. "People don't realize the course was designed to handle this. If you went out now (to play golf), you wouldn't believe it was the same place.