There's a genre of viral photos, videos and GIFs that's been going around for years that generally get described by the Buzzfeeds and YouTubes of the world with the phrase "oddly satisfying" or something similar. They're usually some sort of super-slow-motion explosion, dissolution or manipulation of a substance. Kaleidescope patterns revolving, a water balloon breaking at thousands of frames per second, a watermelon being split open...you get the gist.

Golf has its own set of "oddly satisfying" bits of media. YouTubers and Instagrammers who have uploaded slow-motion videos of famous golfers' swings have the view and follower counts to prove it. Along similar lines, I think those compressed air guns, which not enough golf courses have, are ripe for their own use in such videos for golfers.

When you get done with a round on a course that's recently taken on some rain, your golf shoes inevitably become caked with grass clippings, mud and other debris. Even though the round is over, when you're playing a course with this nifty amenity, there's the anticipation of whisking even the peskiest clods of dirt off your spikes with the squeeze of a trigger and the lusty hiss of compressed air. Oddly satisfying, isn't it? 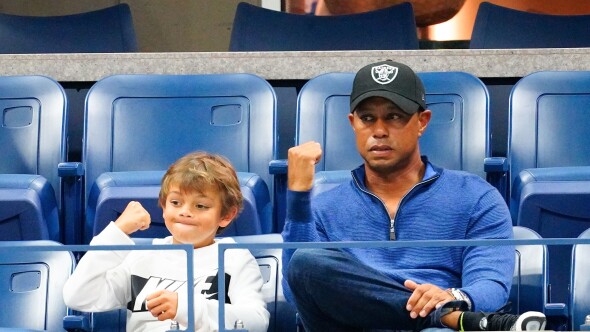 The video would be more satisfying without the long slow-motion sequence. The advantage of compressed air is to speed up thorough cleaning. Why slow down the demonstration?

Fortunately, most courses I’ve played here in the Pacific Northwest have compressed air guns near 18 green. They also are an absolute necessity to clean the wheels of your pushcart before throwing it in your trunk!

I had not considered this benefit until my trip to Scotland last week, and it clicked big-time when I saw nearly every golfer with a trolley blasting it with compressed air!

If you want a truly satisfying experience after walking 18 holes, take that compressed air gun, put it IN your shoe and pull the trigger. Instant relief!

Kira K. Dixon
Lifestyle Correspondent
Now Reading
Compressed air is a Cool Golf Thing
New Cookie Policy
WE AND OUR PARTNERS USE COOKIES ON THIS SITE TO IMPROVE OUR SERVICE, PERFORM ANALYTICS, PERSONALIZE ADVERTISING, MEASURE ADVERTISING PERFORMANCE, AND REMEMBER WEBSITE PREFERENCES. BY USING THE SITE, YOU CONSENT TO THESE COOKIES. FOR MORE INFORMATION ON COOKIES INCLUDING HOW TO MANAGE YOUR CONSENT VISIT OUR COOKIE POLICY.
CONTINUE
Search Near Me