Pan-athletic adoration of Tiger Woods is a Cool Golf Thing

On Monday evening, Rafael Nadal capped off a US Open (tennis) Round of 16 match win over Marin Cilic with some theatrics. And though Nadal didn't need any extra inspiration to continue his assault on tennis' record books, during his post-match interview, he acknowledged the presence of one of his sporting heroes in the crowd: Tiger Woods.

"I always say that I've never had big idols, but if I have to say one idol it's him."

—Rafael Nadal on playing in front of Tiger Woods pic.twitter.com/rqaObYFzD2

In the wake of a season where Woods made us remember what it felt like to witness his powers on the golf course, we also got a reminder of how far beyond golf his aura extends: even to a private box in a tennis stadium in Queens. Dressed in Fun-21st-Century-Dad duds - quarter-zip pullover, comfy jeans, Oakland Raiders cap alternating between forward and reverse orientation, kids in tow and girlfriend Erica Herman at his side - this golfer managed to preside over America's greatest tennis competition. 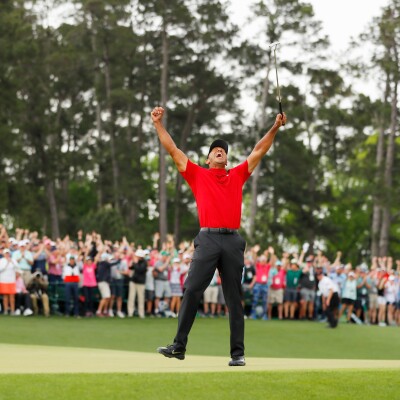 Articles
Tiger Woods defeats the decades at the 2019 Masters

That Nadal defaults to Woods - not Rod Laver, Pete Sampras or Andre Agassi - as his sports hero is the latest step in the evolution in Woods' place in the sports firmament: from that of prime-career dominant competitor to something more like a pater familias of contemporary great individual athletes (Woods and current all-time tennis major champion Roger Federer are friendly as well). That is a nice marketing advantage for a sport that still sees itself as second-tier, especially as it subordinates itself to football in the crafting of its professional schedule. If golf's directorate ever decides to try and put the game on equal footing with football, baseball and basketball, it will continue to have something those other sports don't: a transcendent cultural icon to point to as proof of the game's appeal beyond the traditional demographics. 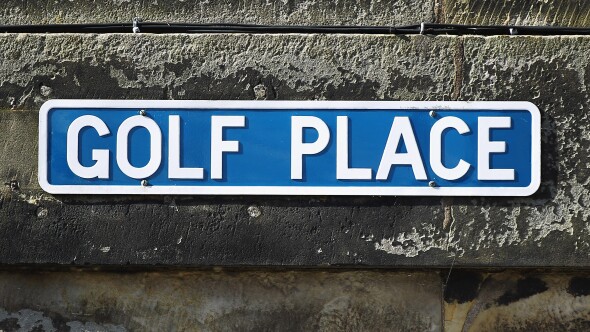 That kid is the future look of blacks. And the rigid ones are not sure that they like it.

Well put, Tim. Tiger is truly iconic. Glad I've been able to enjoy this legend of sport for so long.

Kira K. Dixon
Lifestyle Correspondent
Now Reading
Pan-athletic adoration of Tiger Woods is a Cool Golf Thing
New Cookie Policy
WE AND OUR PARTNERS USE COOKIES ON THIS SITE TO IMPROVE OUR SERVICE, PERFORM ANALYTICS, PERSONALIZE ADVERTISING, MEASURE ADVERTISING PERFORMANCE, AND REMEMBER WEBSITE PREFERENCES. BY USING THE SITE, YOU CONSENT TO THESE COOKIES. FOR MORE INFORMATION ON COOKIES INCLUDING HOW TO MANAGE YOUR CONSENT VISIT OUR COOKIE POLICY.
CONTINUE
Search Near Me