Finally getting started is a Cool Golf Thing

When they're not throwing snowballs at Santa Claus, Philadelphians love their golf. The area is home to one of the greatest local golf cultures in America, including some of the country's most storied courses. The vast majority of the ones you've heard of - the Merions, Aroniminks and Pine Valleys of the world - are private. But the next big-time playground for Philly golfers is the thoroughly public Cobbs Creek Golf Course.

Word came down late last week that Cobbs Creek would be closing at the end of the month, but for a happy reason. The course - one of America's oldest continuously public facilities, with an architectural history that includes Merion designer Hugh Wilson and fellow "Philadelphia School" master William Flynn - will be beginning its long-hoped-for restoration to its Golden Age glory. Philly native Gil Hanse, whose reputation among golfers is hotter than the spiciest Wing Bowl offerings, has been attached to the project, along with associate Jim Wagner.

The project - a total rebuild of the course, the conversion of the facility's second 18 into a more functional 9-holer, plus significant flood mitigation for its namesake body of water, plus a new clubhouse - is estimated to cost about $20 million, $12 million of which has already been raised by the Cobbs Creek Foundation. This group of local golf enthusiasts appreciates both the course's storied past and its tremendous future potential to not only give avid local golfers a better-conditioned and more functional course, but one that could eventually join the likes of Bethpage Black, Torrey Pines South and Chambers Bay on America's lengthening shortlist of major tournament-ready "super munis." With an estimated reopening date of June 2023, there is a lot of work to look forward to just off the Main Line. 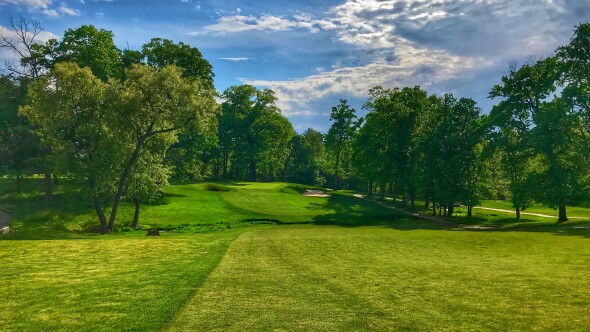