The lifelong search is a Cool Golf Thing

Dow Finsterwald won 11 PGA Tour events, including the 1958 PGA Championship, between 1955 and 1963. There was a 72-tournament stretch in which he made every cut, giving him the fifth-longest such streak in golf history. He also captained the victorious 1977 U.S. Ryder Cup team. In short, he enjoyed success in the game that the vast majority of professionals will never achieve. He played at a level we can only dream of.

And yet, even at 90 years old, the pursuit of better golf continues for Finsterwald. A few weeks ago, I marveled at a tweet from Morning Read's Jeff Babineau, of Finsterwald practicing his putting at Bay Hill as the course prepared for this past weekend's Arnold Palmer Invitational. Just four days the King's senior, Finsterwald was a close friend of Palmer's, and a shared lifelong passion for the game would seem to have been one of the pillars of their friendship.

Why We Love Golf, Reason 5,467: This is 90-year old Dow Finsterwald, winner of 11 PGA Tour titles including the 1958 PGA Championship, at Bay Hill Tuesday, working on his putting. 1/2 pic.twitter.com/rdS8smpvug

Increasingly, elite professional golfers seem to want nothing to do with the game when they're not deep into the tournament season. That's their prerogative, but I'll always have particular affection for the greats who, no matter how far they drift from their primes, can't seem to ignore the call of the golf course and the promise of the spiritual reward of the next great shot. Some may call it obsession, but I call it love. 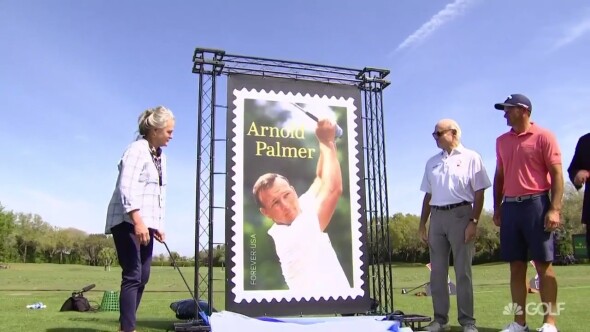 Kira K. Dixon
Lifestyle Correspondent
Now Reading
The lifelong search is a Cool Golf Thing
New Cookie Policy
WE AND OUR PARTNERS USE COOKIES ON THIS SITE TO IMPROVE OUR SERVICE, PERFORM ANALYTICS, PERSONALIZE ADVERTISING, MEASURE ADVERTISING PERFORMANCE, AND REMEMBER WEBSITE PREFERENCES. BY USING THE SITE, YOU CONSENT TO THESE COOKIES. FOR MORE INFORMATION ON COOKIES INCLUDING HOW TO MANAGE YOUR CONSENT VISIT OUR COOKIE POLICY.
CONTINUE
Search Near Me