The on-course bell is a Cool Golf Thing 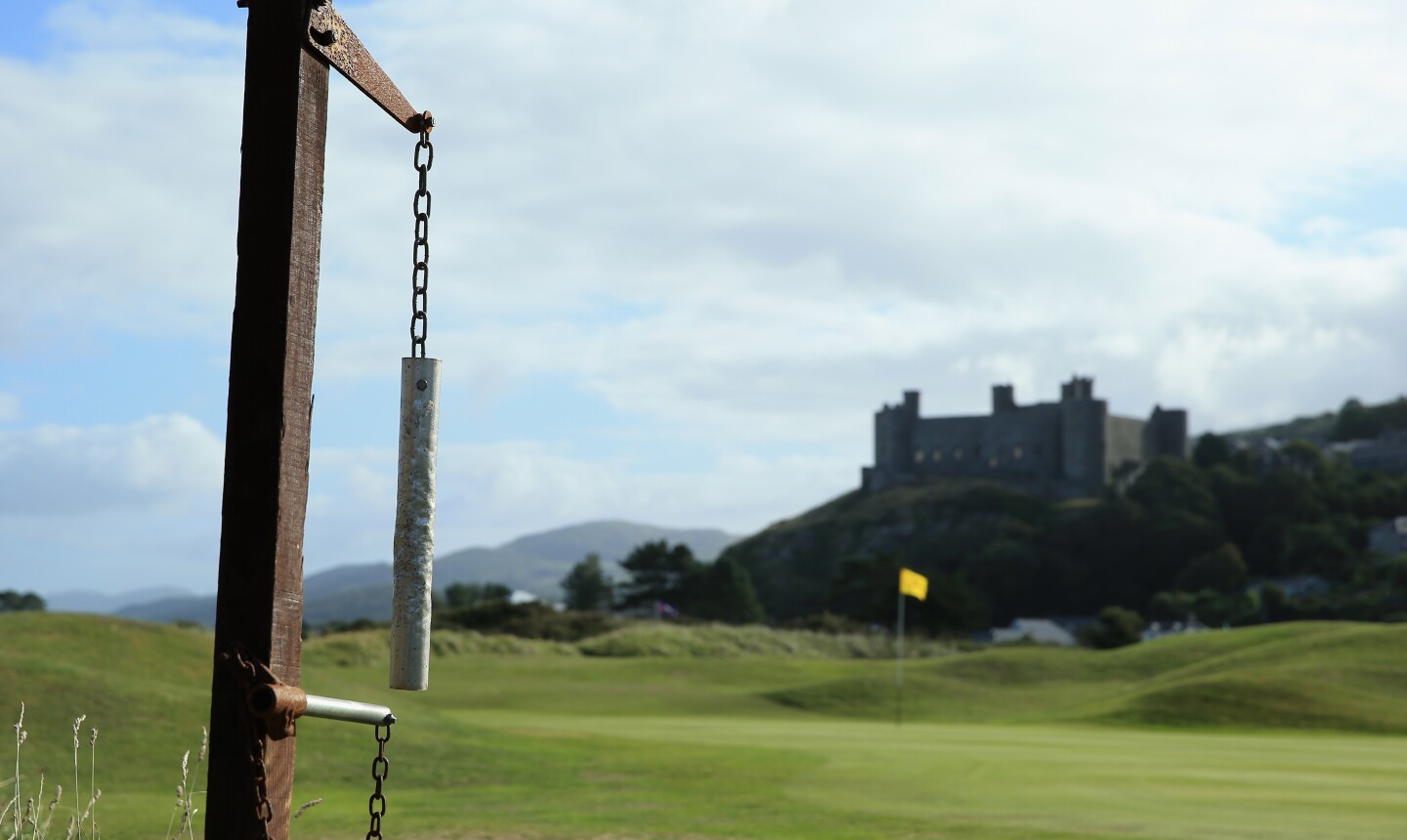 A view of the bell behind the 14th green during the second day of the Jacques Leglise Trophy at Royal St David's Golf Club on August 31, 2013 in Harlech, Wales. Richard Heathcote/R&A/Getty Images 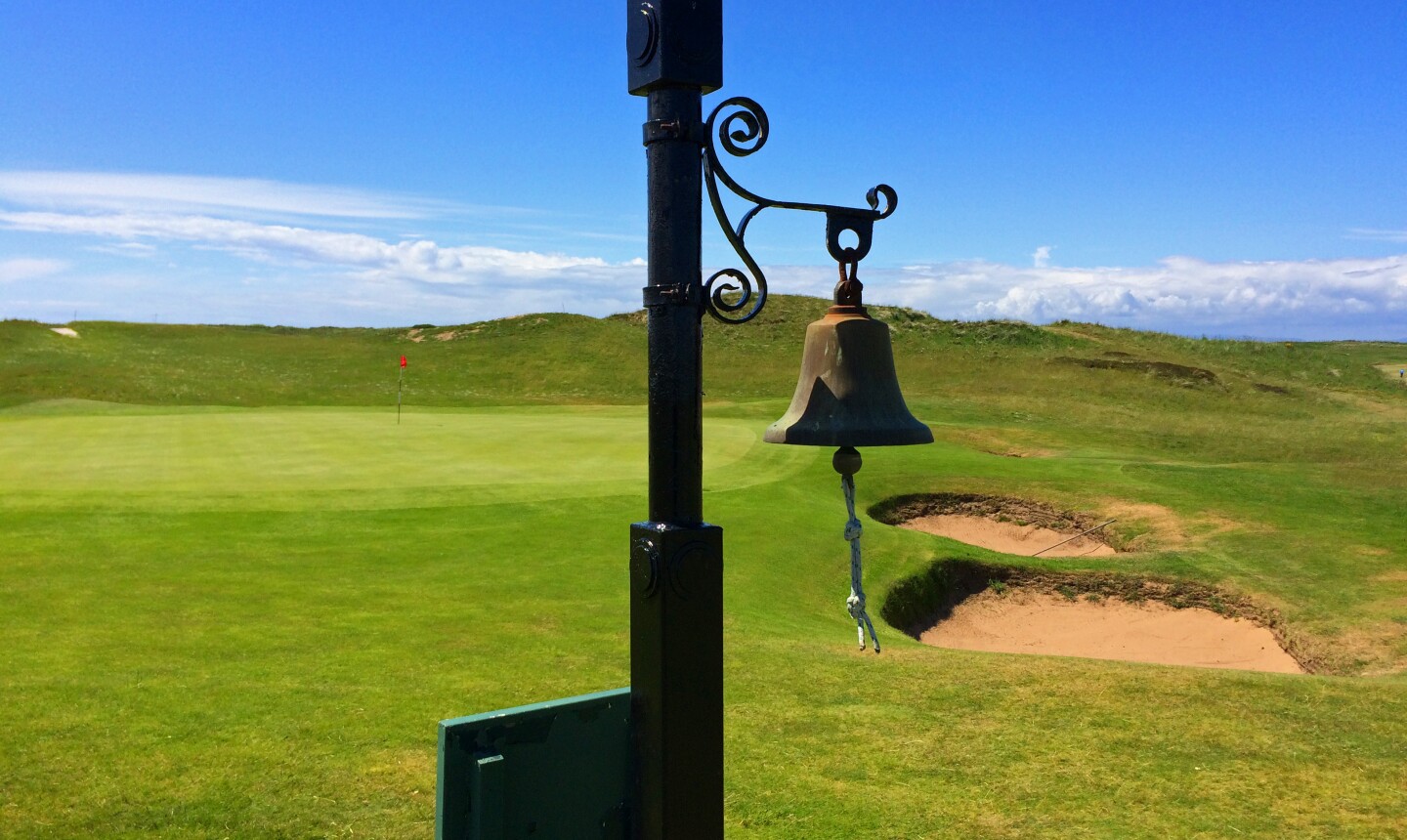 The "Himalayas" is what they call the blind par-3 fifth at Prestwick. Players ring the bell once they've finished the hole. Mike Bailey/Golf Advisor 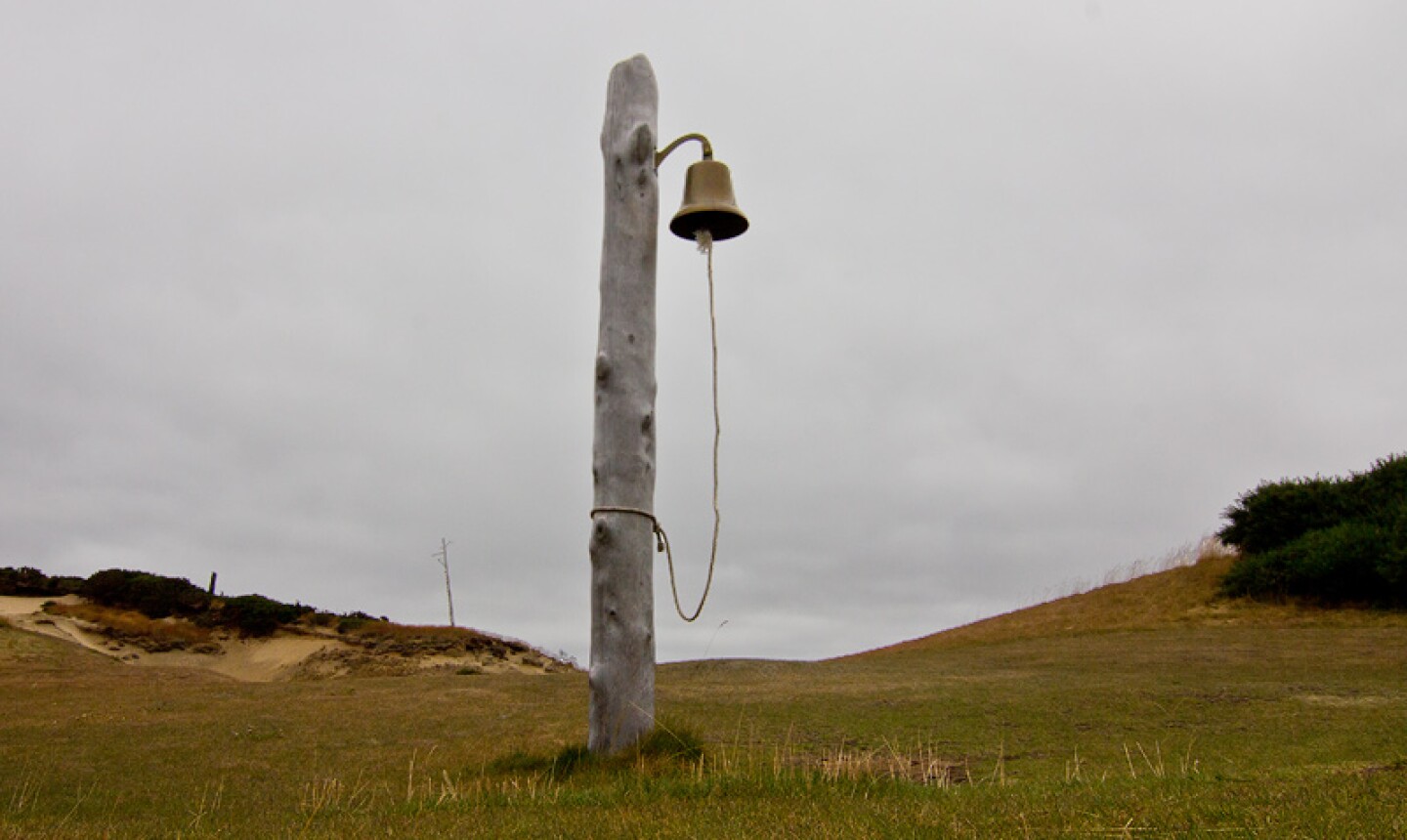 Before moving to the next tee at Old Macdonald Golf Links, be sure to ring the bell so players behind you know you're done. Oleg Volovik/Golf Advisor 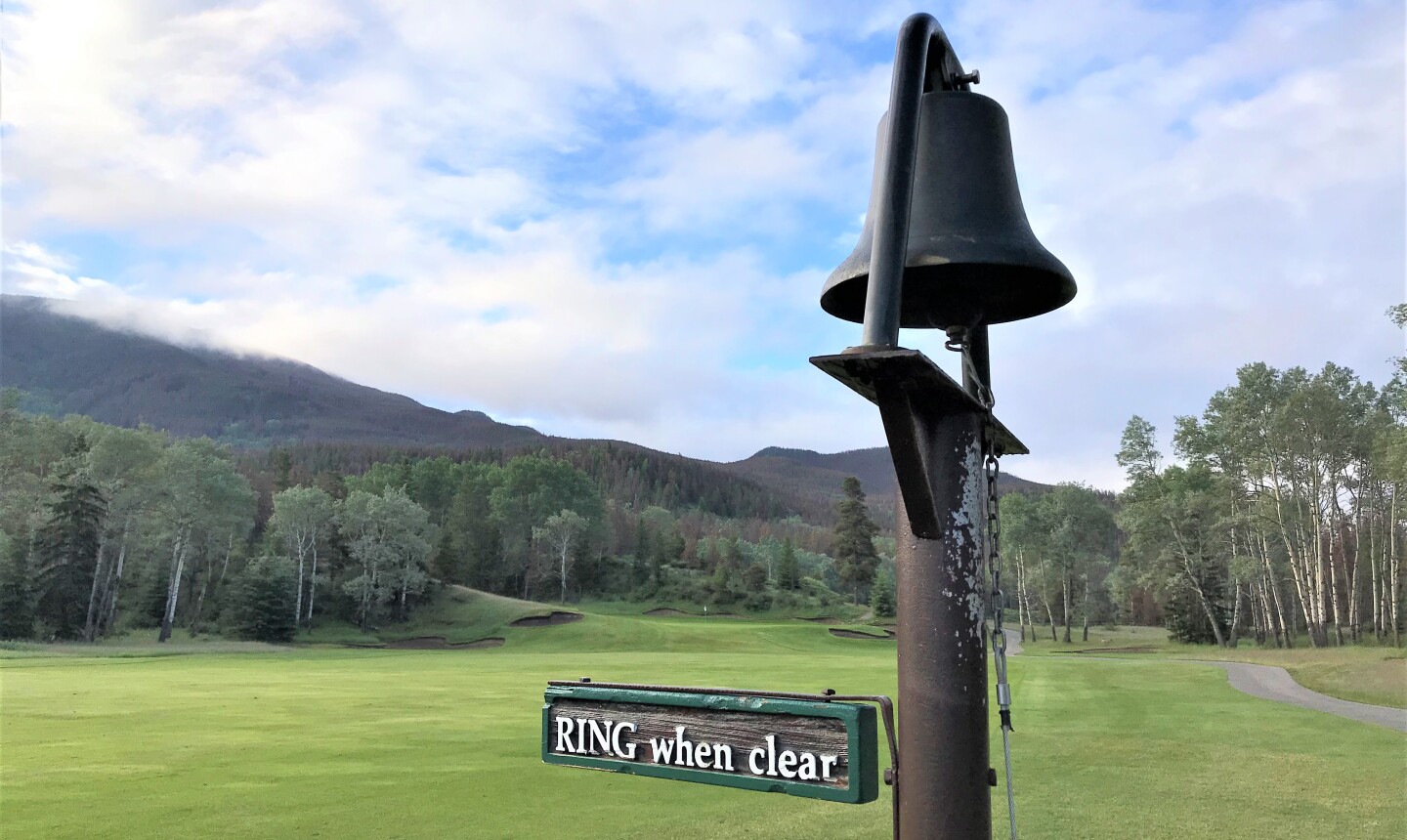 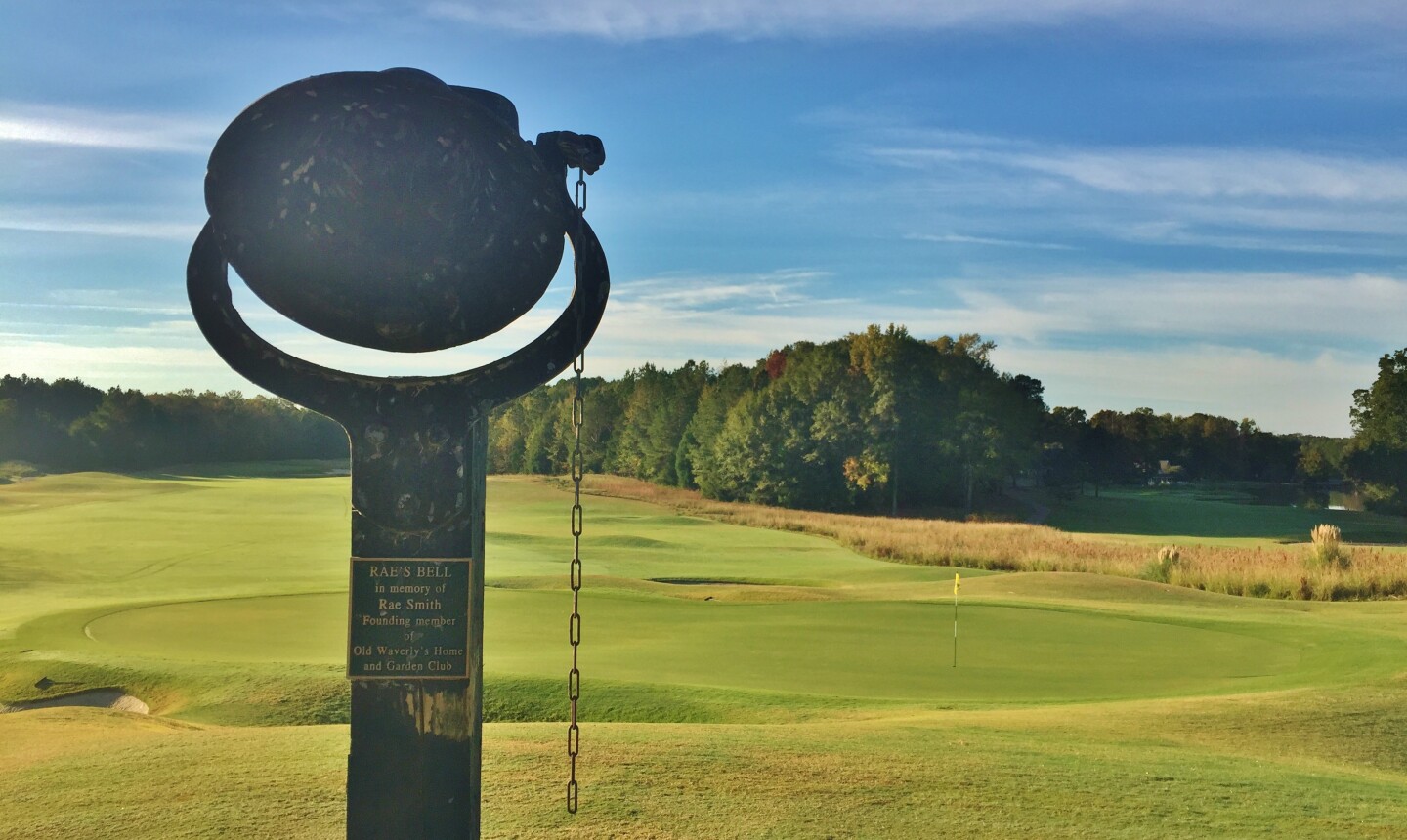 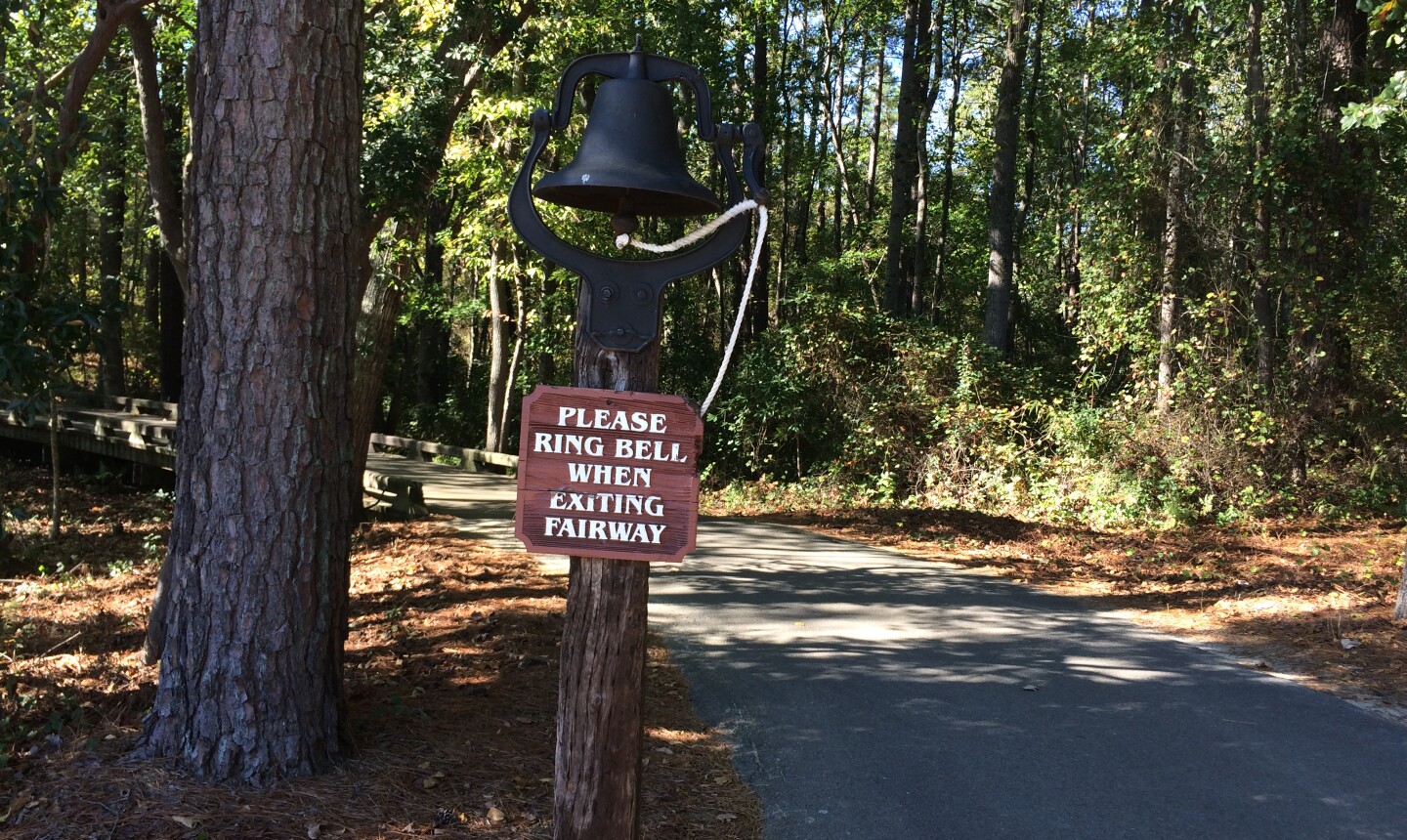 There are several bells throughout Tobacco Road so golfers can notify golfers on the tee that they have cleared the fairway. Mike Bailey/Golf Advisor

Blind shots spice up the experience of playing several golf courses. There are tons of great ones in the game, especially in the United Kingdom and Ireland, where uncertainty as to the exact nature of the challenge ahead pulls the golfer back in touch with the old game and its concept of "rub of the green," which has sadly been all but completely buffed out of latter-day golf courses. Blind shots invite you to engage with the course on a deeper level because mere calculation and execution aren't enough. Something extra is called for.

Often accompanying a blind spot on a golf course is one of Man's most universal crude communication methods: the humble bell. From communal calls to prayer to personal calls to the front door, it's an invitation to step up and engage with the divine, a neighbor or a tricky mid-iron to an unseen green.

So clearly and loudly does Greywalls ring the bell in the soul of a golfer.

Several of my favorite golf courses have blind shots, so they have bells. There are three of them at Yale Golf Course, which was blasted out of rollicking, rocky Connecticut land at all-time great expense in the 1920s. Built more recently, Marquette Golf Club's Greywalls course has astride the twisting, descending par-5 7th fairway. Presumably architect Mike DeVries could have simplified the task by blowing away and smoothing out that particular wrinkle in the old mining site's contours, but instead he gave the golfer an opportunity for self-invigoration in pursuit of the mystery of the next shot's outcome, and an invitation for others behind to do the same. 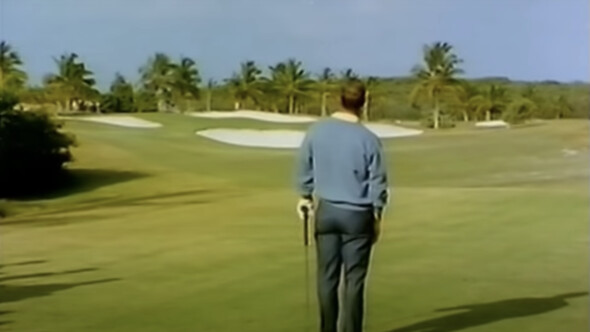 Bells are completely worthless for deaf golfers or those with reduced hearing. On courses where we ride, we have to ride ahead to check and see if the hole is open. On courses where carts aren’t allowed, blind holes are a problem.