This old-school duel is a Cool Golf Thing

In the last two weeks, TaylorMade Driving Relief and The Match: Champions For Charity have suggested that there may be some appetite for the revival of competitive golf exhibitions. Chaotic, changing leaderboards characteristic of full-field events can be fun, but the chance to spend an afternoon with a manageable, set cast of players on an interesting course has plenty of appeal, too.

This is not a new notion, of course. Running from 1961 to 1969 and again from 1995 to 2003, Shell's Wonderful World of Golf brought more than 130 duels between prominent golfers of the day to TV viewers. The smaller production provided all kinds of flexibility that big events don't enjoy, particularly the ability to seek courses that, for one reason or another, are not suited to thousands of fans and more than a handful of players.

This week, Golf Channel has been bringing back some classic Shell's Wonderful World of Golf episodes. One I'll be DVRing is on Saturday at noon ET: a tilt from 1968 between Arnold Palmer and Julius Boros from the mysterious Cotton Bay Club on the island of Eleuthera in the Bahamas. Developed in 1959 by Pan-Am Airlines founder Juan Trippe, the Robert Trent Jones, Sr.-designed course would prove relatively short-lived. Other attempts at golf development on the island have foundered as well. But Eleuthera is trying to get back into the game again, with Tiger Woods involved in a development called Jack's Bay, which sits just north of the old Cotton Bay course. Woods' design group has finished up a 10-hole, cliff-hanging short course, and there are plans to add an 18-hole "big course" in the coming years. But for now, a trip back in time this weekend may hint at the promise of the future on Eleuthera. 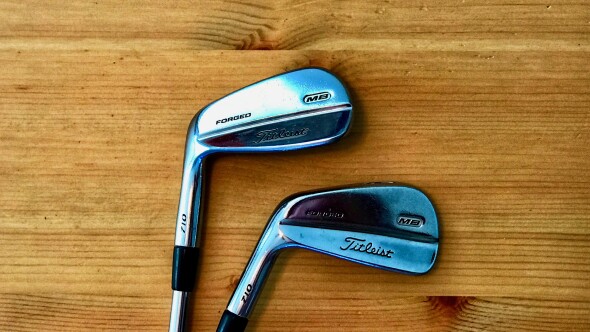 Shell's Wonderful World of Golf was great then and could be very unique, now. Why not ask Tiger Woods or Justin Thomas or Dustin Johnson, or any other great golder, presently playing on tour, to pack a suitcase, grab their clubs and caddie and fly early one morning, unknown to him, to a golf course still available, that once hosted a Shell's Wonderful World of Golf, where one of these "new" golfers will play against Palmer or Boros or Snead or even Hogan, LIVE!!!!

That's right, LIVE. How you ask? With television technology advancing as much as it has, since Shell's Wonderful World of Golf last played, the "new" golfers would play the course, alone, not knowing which player, from the past, they will be playing, using video from the past.

Palmer could play the first hole on video, from the past and Tiger, for example, could play the hole, live. At the end of 18 holes, the winner can be announced or a tie is declared.

Making the competition unknown to the "new" golfers, prevents them from researching the upcoming "match."

Having the "new" golfers play a round when Sarazen or Cotton shoot 5 or 6 over par would not be as entertaining as one where Hogan or Snead or Sarazen or Nicklaus shoot 65 or 66. Could you imagine, Jack Nicklaus, after his "match," walking up to Tiger or Justin or Dustin, and shaking their hands LIVE!!!!

Shell had the right idea and let's have Television show the same story, in the present, againt the great golfers of the past.