Course was to be the first designed by Bill Coore & Ben Crenshaw in Scotland.

EMBO, SCOTLAND - A five-year saga in the life of a new links golf course just came to an end, but not with the resolution that developers or golfers would have hoped.

Late last week, the BBC reported that the Scottish government had formally struck down a proposal to build a new golf course called Coul Links near Dornoch, Scotland. The main developers of the project were Mike Keiser and fellow American Todd Warnock, who lives in Dornoch and operates the Links House hotel near Royal Dornoch Golf Club.

Coul Links was to be the Scotland debut of Bill Coore and Ben Crenshaw, who have designed courses at all of Keiser's projects in North America: Bandon Dunes (Bandon Trails and The Preserve, plus the upcoming Sheep Ranch), Sand Valley Golf Resort (the original Sand Valley course) and Cabot (Cabot Cliffs, the second 18-hole layout at the resort). In addition, the duo designed Lost Farm at Barnbougle Dunes, a resort in Tasmania in which Keiser partnered with owner Richard Sattler.

Because the proposed routing of the course was to sit on more than 30 acres of unspoiled dunes, part of Loch Fleet, a more than 3,000-acre area formally designated as a Site of Special Scientific Interest (SSSI) by the Scottish government. Some 34 acres of the proposed Coul Links golf course were within this area.

In response to the area of potential disturbance, significant and vocal opposition arose as soon as the project was announced back in 2015. Nevertheless, Warnock and Keiser's plans cleared several apparent hurdles before the February 21 refusal letter issued by The Scottish government's Directorate for Local Government and Communities, which cited anticipated "significant adverse" effect on "an unusually rich assemblage of butterflies and moths, including some rare species," as well as dune juniper, local migratory and breeding bird populations. This comes in spite of an earlier revision to the plan in which Warnock had stated that concerns over interruptions to bird life had been alleviated.

Furthermore, the report asserts that the building of the golf course would make it more difficult for the public to enjoy the dunes. "The reporters conclude that the relatively unrestricted public access which is currently enjoyed would be materially constrained," it reads.

The report fully acknowledges that Coul Links stood to have a positive economic impact on the areas in and around Dornoch. Developer projections included the creation of up to 250 new area jobs and the infusion of up to £60 million over the first decade of operations.

In the end, as Planning Minister Kevin Stewart was quoted by The Press and Journal, "Reporters have concluded that the harmful impacts of this development to protected habitats and species would outweigh the potential socio-economic benefits."

Coul Links would not have been the first golf course built on one of Scotland's SSSIs, but recent interactions between another golf developer and the environment about 150 miles down the coast may have had an effect on public opinion of the project and the ultimate decision against it.

That developer is United States president Donald Trump, who developed the Trump International Golf Links on the Menie Estate near Aberdeen in 2012. That course was built on an SSSI site called Foveran Links. Per a Guardian article recapping 2018 reports by Scottish Natural Heritage, the course "has affected the natural morphology of the dunes and interfered with natural processes. Most of its important geomorphological features have been lost or reduced to fragments." The report also describes the dunes within the Foveran Links SSSI as "partially destroyed" to the point where, in 2019, the government proposed to remove SSSI status from the site, a process that is ongoing and on which a decision is expected later this year.

It was a far cry from Trump's pre-development statement that the site would be “environmentally enhanced and better than it was before.” In a statement, the resort's executive vice president Sarah Malone claimed the Foveran Links site was "in poor condition when we purchased the land" and that "[v]ery few, if any, landowners invest in, and understand, the ecological and environmental properties of an SSSI like we do."

Throughout the process, Trump has been used as an example of what could happen at Coul Links, despite the differences in approach between Trump and Keiser.

By contrast, in 2009, the David McLay Kidd-designed Machrihanish Dunes opened, located within an SSSI of the same name. Machrihanish Dunes and its parent company Southworth have held to strict standards of maintenance so as to disturb the landscape in which the course sits minimally, if at all. It also helps that when building the course, Kidd only shaped greens and tees, leaving the contours between undisturbed.

Those who are familiar with the likes of Bandon Dunes and Cabot know that Keiser's philosophy hews much more toward stewardship of the land than Trump's approach, but it appears fear of a repeat of the damage to Foveran Links may have poisoned the public's attitude toward any links golf development on SSSI sites in Scotland for the forseeable future.

Coore optimistic for approval of Coul Links in Scotland (2017) 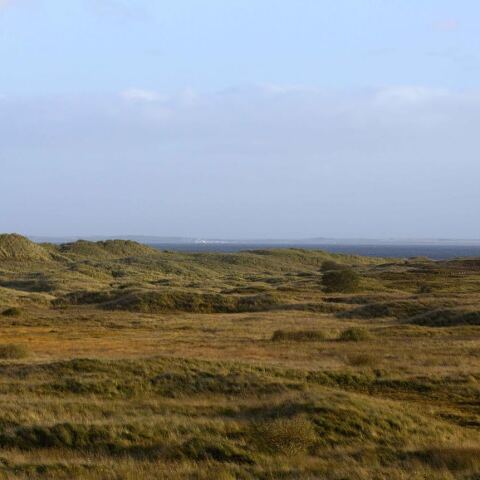 The right decision, a grand a day is not how golf was meant to be.

I must say that ,although Ben Crenshaw has done some wonderful work ,I support the opposition to this proposal on the grounds that we have quite enough golf courses for now in the UK . There are so many wonderful coastal sites in the UK and Ireland to build yet another golf links but these sites are also wonderful for many more people in their natural state and so I think we should be grateful that this development was not permitted.

Adam Smith and Old Tom Morris will be turning in their graves. What a missed opportunity.
Scotland is not short of world-class golf courses, but the area north of Inverness has always seemed a bit distant during a short trip, despite the attractiveness of Dornoch. Another world-class course would have complemented Dornoch, and made the area a "must-visit".
The decision might have been understandable if this were the only unspoiled area north of Inverness, but the north of Scotland is an area where man has made much less impact than elsewhere, and there are hundreds of thousands of undeveloped acres. A sensitive development would not have been amiss, with economic and social benefits vastly outweighing any minor environmental impact.
A sad decision for golfers, and a sad day to be a Scot.
Cameron McLatchie

Too bad Trump and his cronies appear to have poisoned the pond for others with the way they’ve handled the Foveran Links development. And so typical for his spokesperson to claim the damage was already done before they developed the property, trying to deflect responsibility for the environmental degradation they have caused or otherwise allowed to happen at the SSSI site.

That’s an ignorant statement supported with no factual evidence. I would actually bet she was right about the neglect of the site. You may want to actually go read her full quote.

Small percentages of these sites are being used or proposed to be used for the golf courses. It’s not enough to ruin the whole site, and definitely not a reason to boost the local economy.

There is a great gap of time since Trumps development (although I doubt he had much to do with it other than money) and the current awareness of environmental issues. Only stupid people would not learn from past attitudes and techniques. It is not a bad thing that Trumps course was built - it taught valuable lessons - and that leads to better thinking about new development. Lets quit whining about past things, learn from them and then make better and wiser decisions.

I have played several courses that Ben Crenshaw had a hand in building and developing,,,they are excellent and left the area so much better after the development,,,,butterflies and birds relocate and then return after development is completed,,,,,they habituate every course ever developed,,,,they are not a bother and the development has never totally disturbed or made any creatures extinct,,,,,,I believe the government overextended their concerns in this case,,,,,,they overplayed their hand and in the end will never enjoy how beautiful this area could have become.

I’m a golfer born in Scotland and I fully support the government’s stand. Scotland had 550 courses for a population of 5.5 million plus visitors. There is no need to waste prime land on new courses unless the strictest environmental regulations are in place. Trump took the Scottish government to the courts and lost. We share the land with other creatures and we have no right to destroy their habitat and their lives for the sake of another 18 holes l.

Sarah: I spoke to those creatures and they are a big fan of Coores/Crenhaw designs...

So happy that you have turned down this possible golf course. Nothing against Ben Crenshaw, but the damage that Trump has done to your wonderful country is mind-boggling. I love everything about your wonderful country. Have many ancestors from Scotland, and have spent many weeks enjoying your pristine countryside.

He didn’t do any damage to Scotland. He added another fabulous golf course to a country known for great golf courses. It boosted the local economy. It was a blessing to them. They needed it. A small percentage of that site was used for the course. So if you have any more ignorant statements to make, feel free. I’m all ears.

They didn't need it and it brings a tiny boost of money locally. It was a waste of time as it will never hold a tournament and is not as good a lot of people think

What a disappointment! I think it is laughable that the "public" would have more enjoyment of the the undeveloped links than those of the thousands of golfers that would enjoy this property with a proper links course built upon it. Mike Keieser is no Donald Trump when it comes to stewardship of the land and I couldn't foresee a better developer to take the site and make it into a wonderful treasure for the Scottish Highlands. It also reduces the draw for the other courses in the area.