Want to look good on the golf course? There are plenty of ways to go beyond the pro shop or your nearest outlet store.

Direct-to-consumer (DTC) e-commerce has been disrupting the way people buy online and the extent to which they buy goods (or don’t anymore) in-person for several years as the online shopping experience continues to improve. In 2020, the COVID-19 pandemic’s own set of effects on daily life further shifted people’s buying behaviors towards the Internet and away from brick-and-mortar stores.

The result has been a boon for these upstart brands, whose independent spirits, backed by relatively low startup costs, have enabled entrepreneurs to start eating into the market share of big behemoth brands and retailers.

Dollar Shave Club, one of the first mega-successful DTC brands, successfully pitched consumers on a different and less expensive approach toward self-grooming, cutting out the middleman of retail mark-up and selling enough to become a billion-dollar company.

Similar aspirations spur hundreds of new brands across industries, including golf. I’ve written on DTC golf ball, golf club and golf bag brands in recent months, but now it’s time to tackle one of the most dizzying sectors: apparel.

If you’re a golfer with any interest in new clothing, all it takes is five minutes of scrolling through your Instagram feed for you to be bombarded by a dozen different brands that claim to make the stretchiest pants, lightest wool sneakers or sharpest-looking golf shirts ever.

There are other elements to the appeal of these upstart purveyors. The DTC playbook includes steps like sleek aesthetics, an emphasis on storytelling alongside product offerings and, often, bold statements about sustainability and diversity. Scarcity can be another arrow in the quiver, with small-batch and limited-edition drops sprinkled into among mainstream offerings to create a sense of urgency. And if the products themselves are stronger than competitors, so much the better.

23 direct-to-consumer golf apparel brands you should look at

Among the DTC golf apparel field, specialty seems to be key. Several brands tread the line between preppy and casual, often with a genteel outdoorsy flair. Charlottesville, Va.-based Rhoback, whose name and logo are of the Rhodesian Ridgeback dog breed, states in its website creed, “We believe in activities.” Prints on their Destination Polos ($84) depict racecars, speedboats and surfboards. They offer plenty of solid and striped options as well. Rhoback also makes organic cotton face masks ($14); former president (and avid golfer) George W. Bush wore one to President Joe Biden’s inauguration in January.

Founded by a former professional golfer and based in California, Haus of Grey’s Matte Grey line of polos expand well beyond the implications of the name to offer a nice color palette, though there are also more muted polo ($85) options in colors like Charcoal, Terrain and Mineral.

Golf course buffs will be surprised Devereux was not named after Golden-Age architect Devereux Emmet, but rather Devereux Brunner, the grandmother of apparel brand founders Bert and Will. Their brand, based in Tempe, Ariz., pushes the main tenets of DTC shopping – particularly affordability – as key to its appeal. Even as other DTC brands keep polos priced above $80, Devereux’s offerings, which include solids and prints of varying volume, are $64.

Fans of bolder colors and bigger prints have their pick of DTC brands that are particularly active on social media. Bad Birdie ($72), Proud 90 ($65) and USA Palm ($69) all seek to strike a winning combination of comfort and aesthetics with their loud designs and patterned polos. Think of them as spiritual heirs to the Loudmouth Golfs of the world, but with a younger vibe. For some loud prints that invoke more northern climes, check out Minnesota-based Waggle Golf’s polos ($64).

Other up-and-coming brands are helping streetwear’s more casual and inclusive aesthetics make long-overdue inroads into golf. In addition to a handful of polos ($50), Trap Golf is big into the t-shirt and hoodie game as well, with their apparel contributing to the ongoing and evolving conversation about what, precisely, constitutes “golf apparel.” So is Eastside Golf, founded in Atlanta by Olajuwon Ajanaku and PGA professional Earl Cooper (Staple Sweatshirt: $120). Malbon Golf trades on the vibe of Southern California and skate culture as its own brand underpinnings.

Golfers who prefer to let their clubs do the talking may gravitate towards a brand like Bylt, which touts “Premium Basics” as their DTC pitch. More of an overall clothing brand, Bylt’s polos ($55-$65) are just a small fraction of the offering, priced to help fashion-conscious golfers save a few dollars over competitors.

On the other side of the coin is new brand Radmor, founded by former University of Washington golf teammates Scott Morrison and Bob Conrad. Their initial offering includes polos ($98-$105) toward the higher end of the price spectrum, but they justify it with a proprietary “Pimaformance” cotton fabric and an ideological opposition to the polyester that makes up such a large percentage of “performance” polos nowadays, citing negative environmental impacts of the synthetic material.

Bearbottom is outdoorsy overall, but has a dedicated golf collection, with the website describing their ADC (“All-Day Comfort”) pant ($75) as “practically pajamas.” Somewhat iconoclastically, they size their pants from S to XXL, rather than by combination of waist measurement and leg length.

Twillory’s line of Performance Pants ($89) are available in more traditional sizes, as well as an unhemmed option for those who prefer to bring their pants to a local tailor for refinement.

Then there’s Revtown, a brand whose overseers insist their new Tech Jean ($89) is “the jean you can golf in.”

A nice belt can give a bit of texture to an otherwise plain golf outfit, and you don’t have to have a blingy Anthony Kim-era belt buckle or tanned alligator hide a la Phil Mickelson to look sharp. Nor do you need the thousands of dollars that such items can run you. I recently received a belt from Roostas, whose woven belts ($49) come in a wide range of color schemes, often invoking favorite college uniforms. Stretchy and durable, the black-and-khaki belt I have gets its share of use both on and off the course.

Several upstart sock and shoe brands are cutting the retail middleman out of their own distribution efforts, too. Orfiks has enjoyed promotion in the past by PGA Tour Champions player Tom Pernice Jr., and makes both mid-calf and low-cut socks for golfers ($16-18), emphasizing compression as part of its product story. Swiftwick, meanwhile, is all about keeping your feet dry and cool. I find that their Pursuit One ($18) Merino wool golf socks do the trick nicely.

Even shoe companies are getting in on the direct-to-consumer game. An early adopter of this practice was True Linkswear, whose original early-2010s golf shoe still ranks as the most comfortable I’ve ever worn. The company’s success has gotten them into retail channels in recent years, hinting at the sort of exposure a well-marketed, well-made product can receive. Royal Albartross makes stylish, high-quality golf shoes ($200-$350) out of London, while Englishman and six-time major champion Nick Faldo can be seen pitching DTC shoe brand SQAIRZ on television. SQAIRZ is an interesting story: a golf shoe ($200) whose tread pattern is said to help golfers increase their swing speed. How’s that for a product story?

This rundown only scratches the surface of direct-to-consumer golf apparel brands. The field is filling up. Is there one such brand that particularly stands out to you? Let us know in the comments! 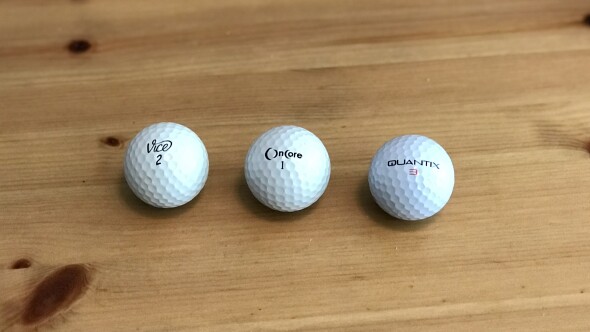 Articles
Direct-to-consumer golf products guide: golf balls
Tour-quality ammo can be had for a lot less than name-brand.
8 Min Read 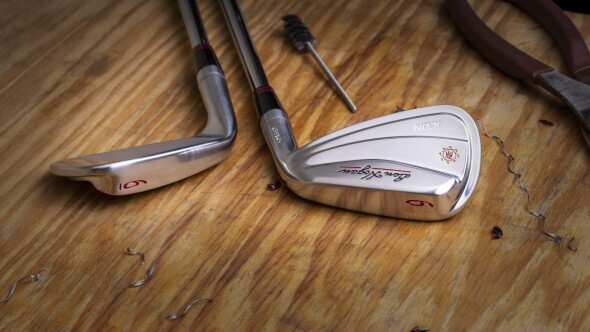 Articles
Direct-to-consumer golf products guide: golf clubs
Cutting out the middleman can save you a bundle on your next set of sticks.
6 Min Read