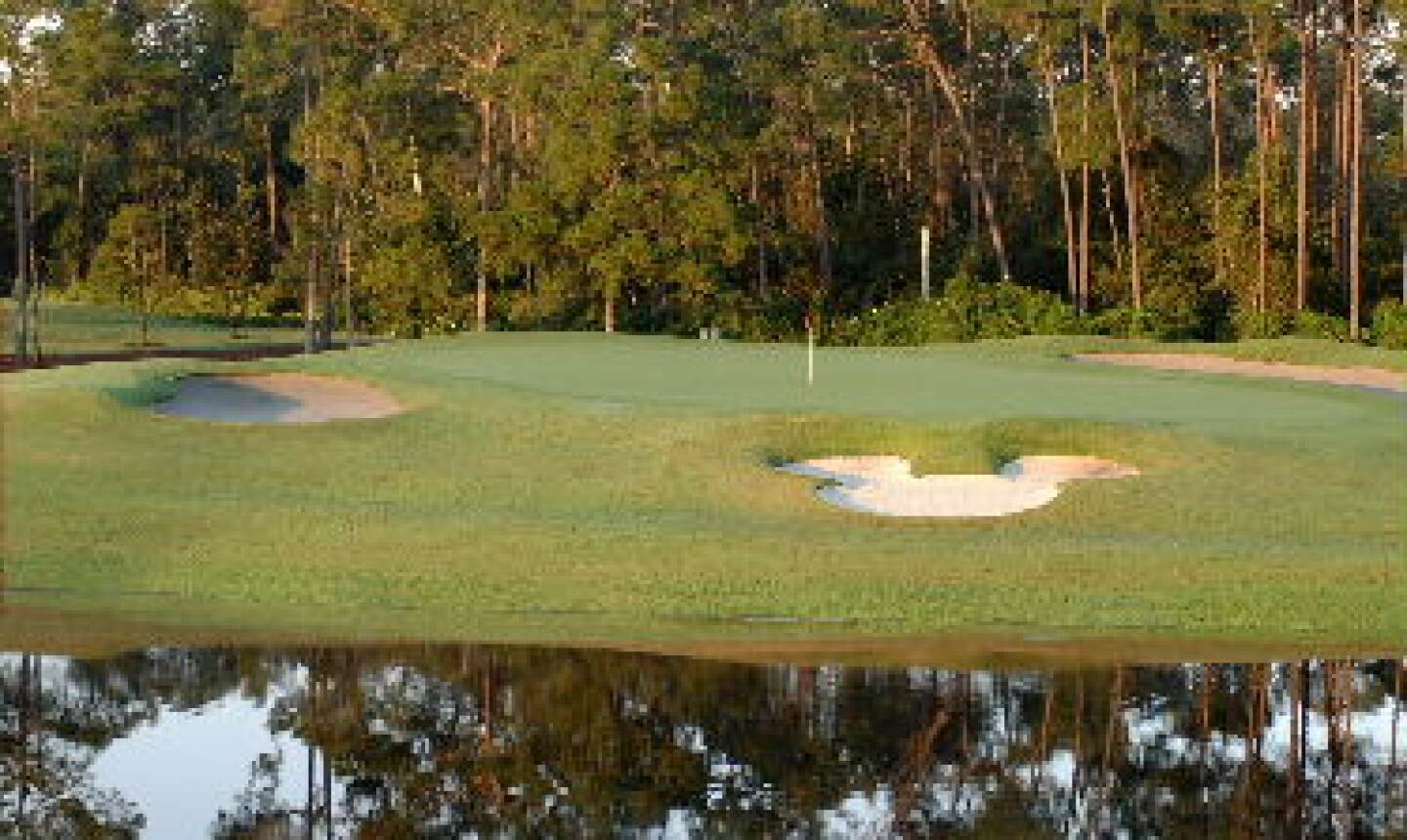 One of Disney World's original golf courses, the Magnolia has hosted a PGA Tour event since it opened in 1971. Courtesy of Disney 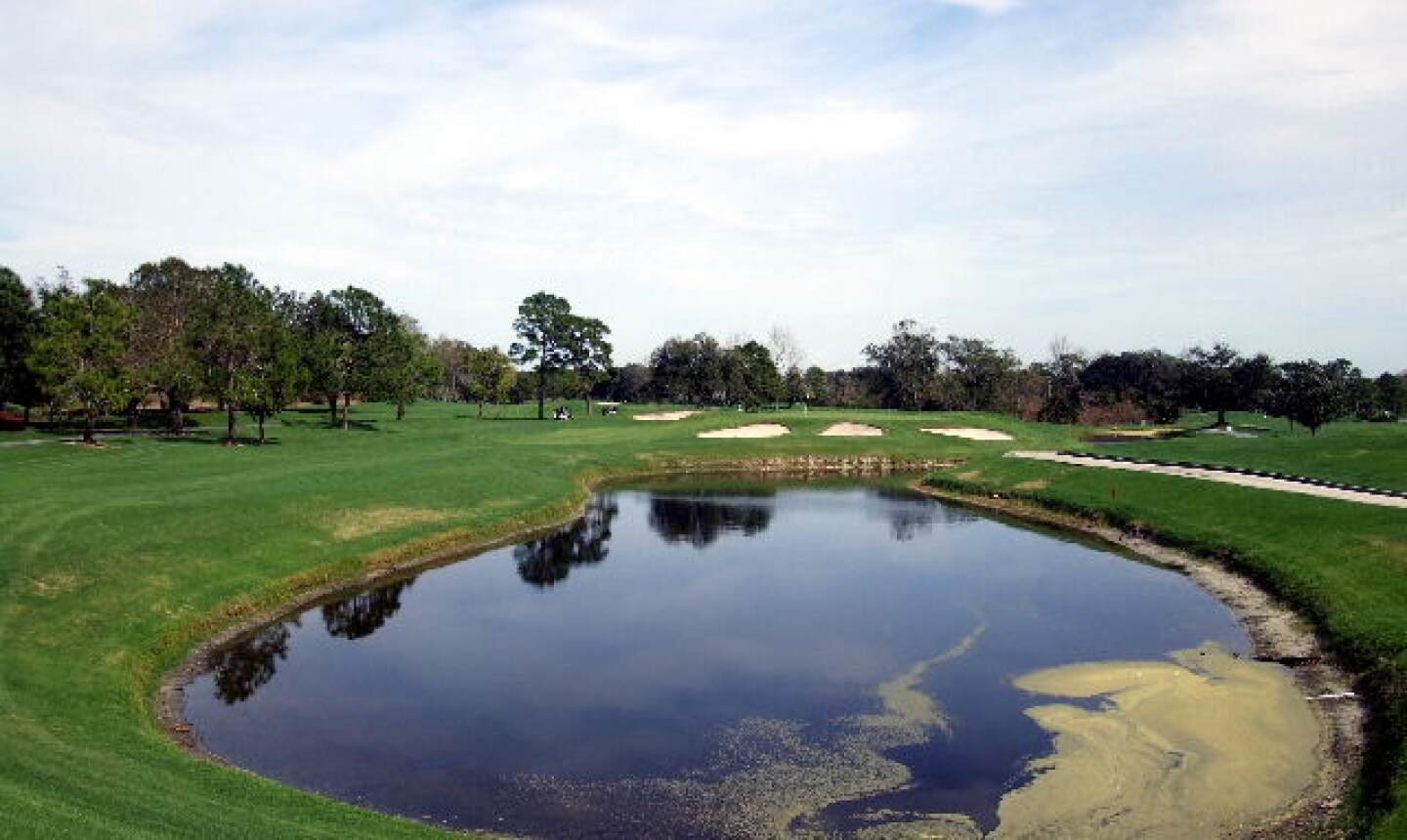 At 169 yards, the 12th hole is the shortest of all the par 3s on Disney's Magnolia golf course. Brandon Tucker/Golf Advisor 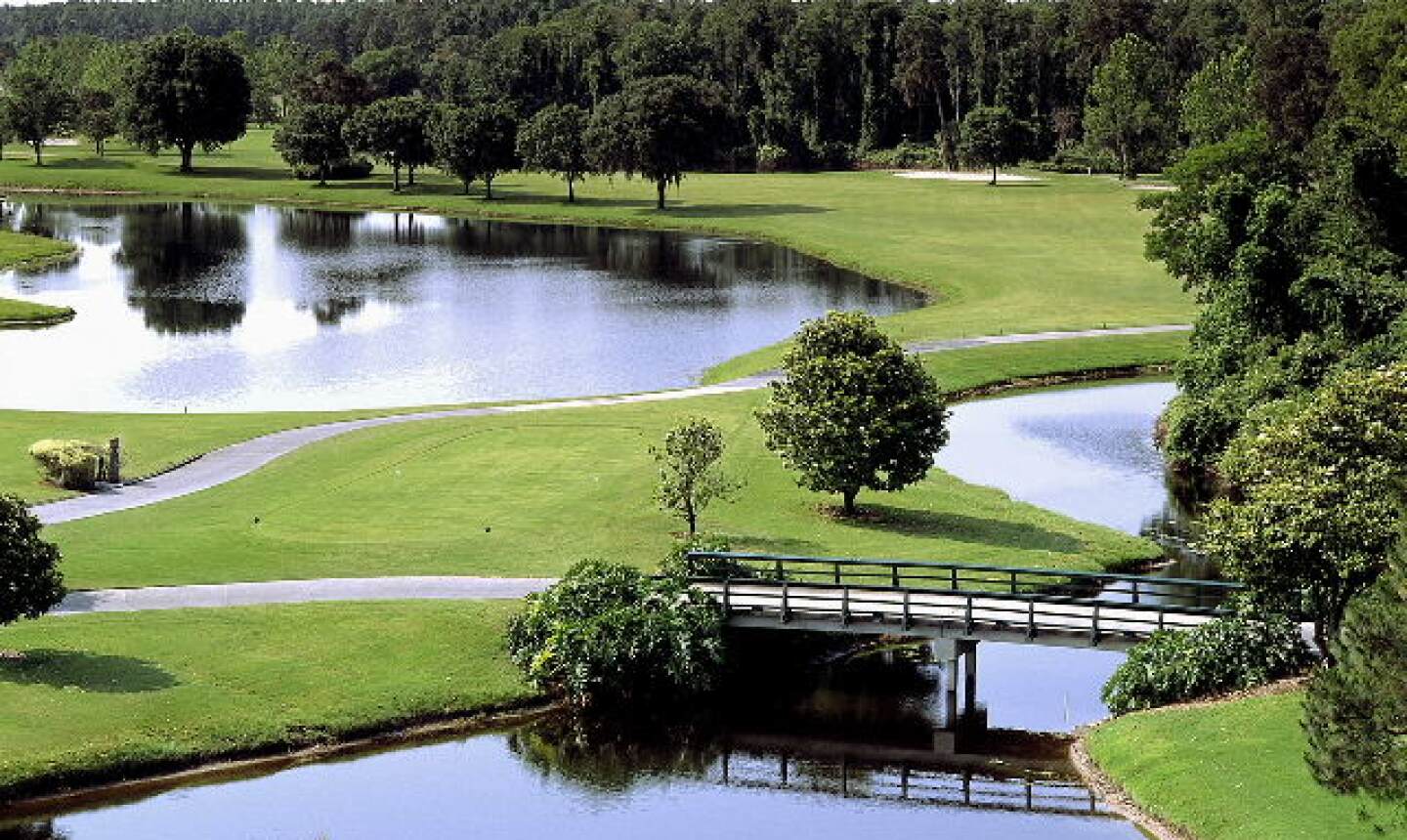 The par-4 17th hole, which doglegs around water, is one of the Magnolia golf course's most exciting tee shots. Courtesy of Disney

LAKE BUENA VISTA, Fla. -- Just how big of a deal is golf at Disney World?

Here's a big clue: One of Disney's most iconic monuments is "that giant golf ball" that towers over Epcot.

Well, maybe Spaceship Earth just looks like a golf ball from a distance, but rest assured, golf has been around at Disney as long as Cinderella's castle. In fact, when the Magic Kingdom opened in the fall of 1971, so did two golf courses, including Disney's most prolific: the Magnolia Course.

Lower-handicap golfers commonly favor Magnolia over the three other 18-hole golf courses at Disney for its championship pedigree. It's been a mainstay on the PGA Tour since it opened. Championship yardage here for the tour pros stretch to over 7,500 yards, and the furthest set of tees generally set up for daily play is still a meaty 7,100-plus.

The reason for being one of the Tour's longest golf courses is probably a result of the Magnolia's vulnerable greens, which are less undulating than most tour stops. Even amateurs can often afford to be aggressive on them. Though large, they generally don't feature any large undulations.

And when the pros come to town for the Children's Miracle Network Hospitals Classic, it's lights out.

"One of the reasons the score is so low is the greens are so pure with minimal undulation," said Kevin Weickel, head professional at Disney World. "They really start rolling them in, and it's fun to watch."

Even the signature hole, the par-3 sixth hole with the Mickey Mouse-shaped bunker in front of the green, is a tough hole. It's nearly 200 yards from an elevated tee, over water to a shallow, elevated green with practically no room to run up. It seems the hole was designed so that most players wound up right between Mickey's ears.

Another hole that draws rave reviews is the par-4 17th (a unanimous choice within my foursome as the best hole on the Magnolia). It's a sharp, dogleg left over water that tempts you from the tee to cut off as much as you can before playing to an elevated green.

Then there's the 18th hole, usually rated among the PGA Tour's most difficult annually. It can play nearly 500 yards during the Tour event and is one of the tightest driving holes on the course. As the finishing hole for Disney's annual PGA Tour event, it's probably Disney's most prolific.

Course officials say ever since Stephen Ames holed out from the 18th's greenside bunker to win the 2007 title, daily players can be seen throwing their ball into the very spot and trying to re-enact his dramatic title-clinching shot.

Any golf course that is a mainstay on the PGA Tour is going to be a hot draw. For that reason, the Magnolia receives a great amount of play from avid tour buffs in the area.

"The greens were firm and challenging," said scratch player Jeff Lezark, who was playing a Disney course for the first time. "And the bunkers were appropriately placed.

Rest assured, for not-so-Tour-ready players, the Magnolia isn't horribly penal. There is a bit of room off the tee and no out of bounds, so wayward drives can often be salvaged. The difficulty comes in the added length (over 6,600 yards from the men's tees) and green complexes often heavily bunkered and guarded with water. Par is more difficult out here than the other courses, but don't expect your card to be filled with snowmen either.

Resort guests receive a discount of green fees and free transportation to and from their property. Like all Disney courses, the Magnolia features GPS in all of their golf carts.

The Polynesian Resort is a Pacific-themed village that features tiki torch-lined walkways and tropical vegetation on its grounds. It also boasts a fantastic location for both golfers (located across the street from the Palm and Magnolia) and families, as it's on the monorail line, which offers access to the Magic Kingdom and Epcot in minutes.

Spa buffs will want to stay just down the monorail line at the Grand Floridian Resort & Spa, which is set in a classic Victorian theme paying homage to Palm Beach's golden era.

Families and larger groups will want to consider the Old Key West Resort, a Deluxe Villa Resort, which features condo-style suites. Guests interested in the villas option, but who are looking for a livelier atmosphere, should also consider the Boardwalk Resort, which features a festive atmosphere including the ESPN Club. Two-bedroom villas can accommodate up to eight guests. 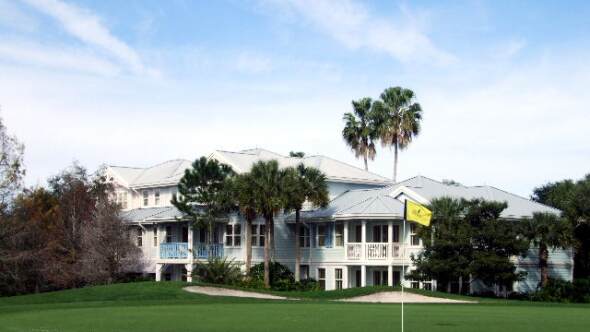 Articles
3 Min Read
Disney World resorts and villas offer golfers numerous lodging options
Walt Disney World has just about as many accommodation possibilities as it has furry little characters running around its many attractions. And for golfers visiting Orlando, staying at a Disney property comes with many benefits, including free transportation, discounted green fees, advanced tee times and more. 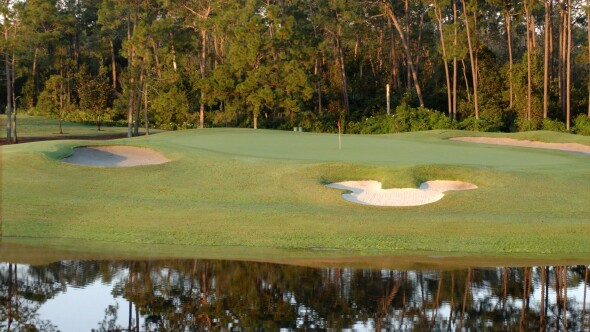 Articles
3 Min Read
More than theme parks and cartoon characters: Disney World scores for golfers too
For the Walt Disney World Resort, and for that matter all of amusement-rich Orlando, golf can get lost in the array of amusements and high-octane kids. But golf shouldn't be an afterthought for visitors to Disney, because it's foursome of golf courses are among Florida's best.

Kira K. Dixon
Lifestyle Correspondent
Now Reading
For golfers, PGA Tour host Magnolia is Walt Disney World's main attraction
New Cookie Policy
WE AND OUR PARTNERS USE COOKIES ON THIS SITE TO IMPROVE OUR SERVICE, PERFORM ANALYTICS, PERSONALIZE ADVERTISING, MEASURE ADVERTISING PERFORMANCE, AND REMEMBER WEBSITE PREFERENCES. BY USING THE SITE, YOU CONSENT TO THESE COOKIES. FOR MORE INFORMATION ON COOKIES INCLUDING HOW TO MANAGE YOUR CONSENT VISIT OUR COOKIE POLICY.
CONTINUE
Search Near Me