From Mauna Kea to Bandon Dunes: Which golf courses would you like to see on TV? 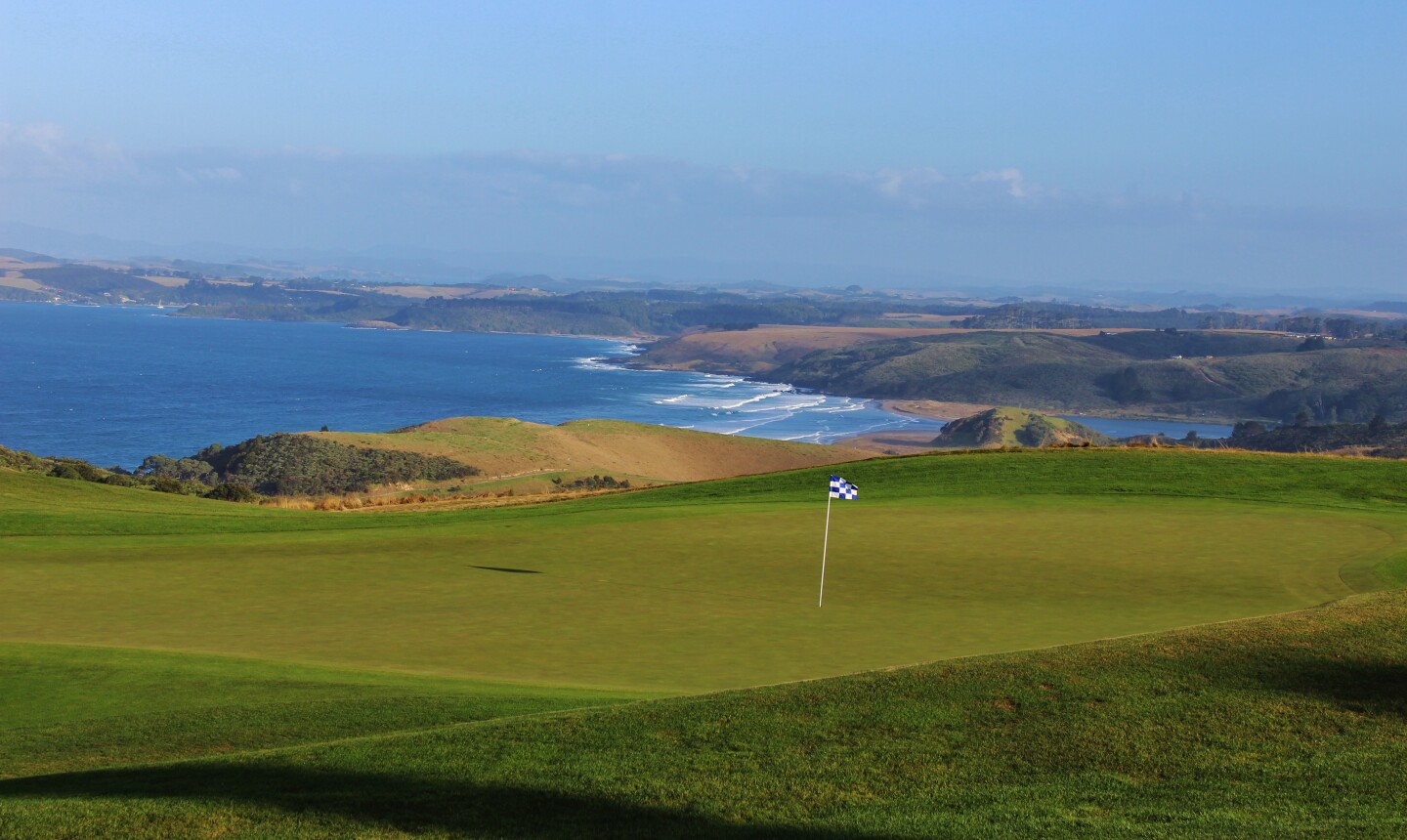 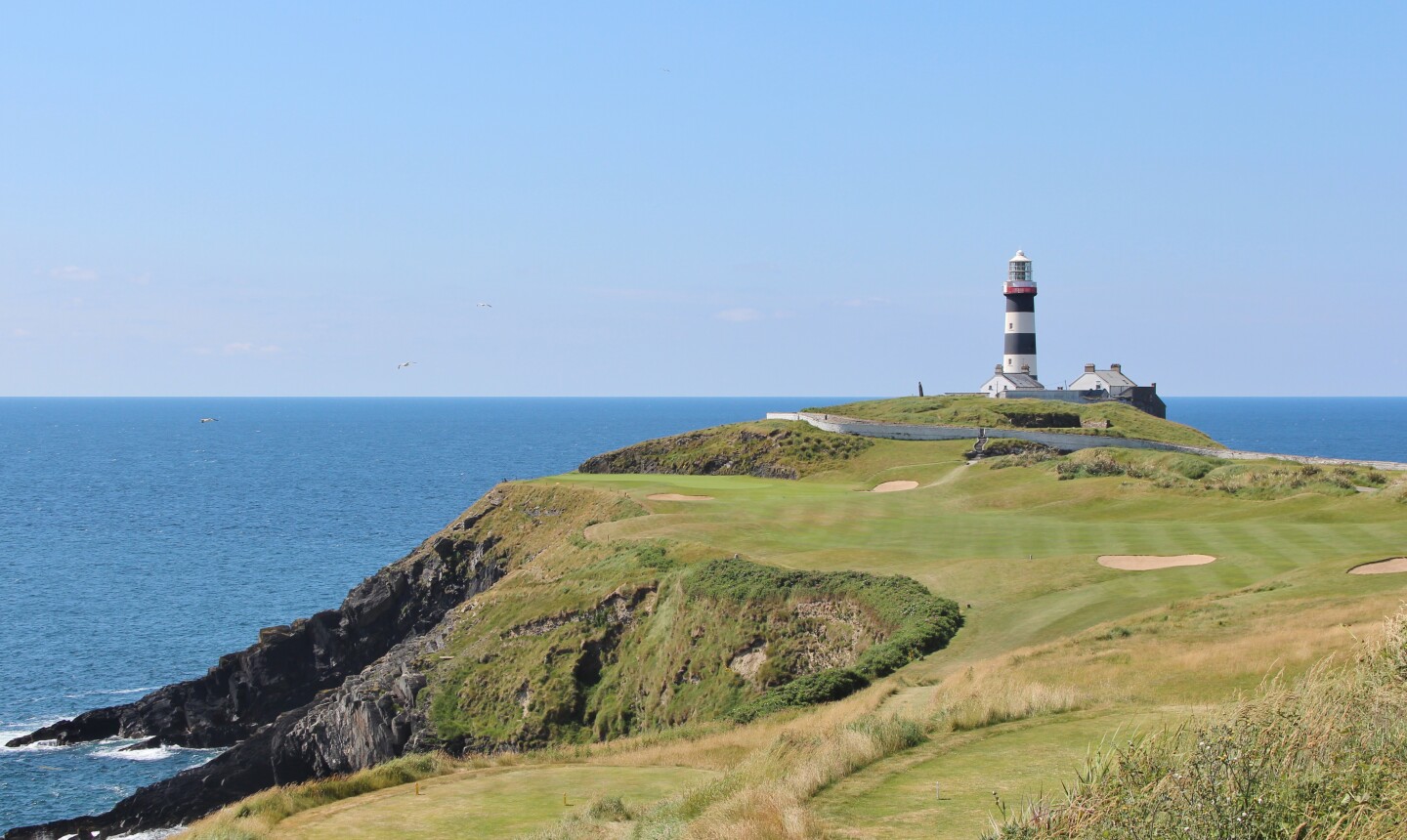 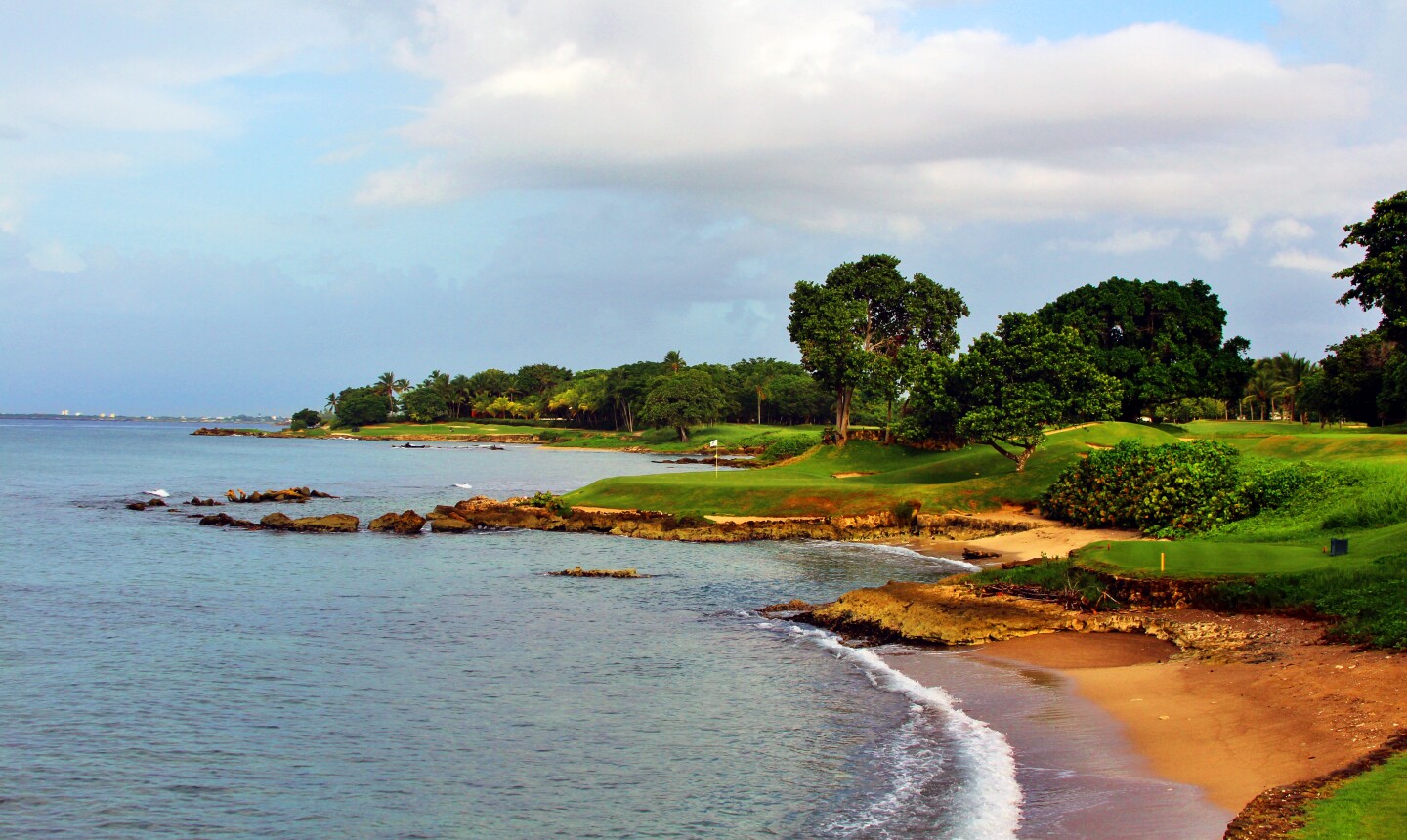 The fifth green on the Teeth of the Dog at Casa de Campo is a tiny target sitting in the sea. Jason Scott Deegan/Golf Advisor The par-3 sixth hole at Quivira Golf Club plays to an oceanfront green cut from a mountainside. Jason Scott Deegan/GolfPass

Boy, do I miss the Shell's Wonderful World of Golf.

The series of exhibition matches, which originally ran from 1961-70 and was resurrected from 1994-2003, showcased golf's greatest champions dueling at exotic courses across the world. I didn't watch for the matches. I watched for the courses, their architecture and the scenery.

Some golf courses were made for television. Whenever the California sun shines at the AT&T Pebble Beach National Pro-Am, inquiries about staying at the Pebble Beach Resorts spike.

Golf Channel's reality shows -- "The Big Break" and "Altered Course" -- and the PGA Grand Slam of Golf have found a way to get deserving courses that don't regularly host tournaments on television. Golf Channel shows have televised from Jamaica's White Witch and Cinnamon Hill, the Turtle Bay Resort on Oahu, the Omni Amelia Island Resort in Florida and other scenic spots. The same formula has applied to the PGA of America's Grand Slam of Golf, the fall showcase pitting the four men's major winners (or their substitutes) playing a two-day match. It had long runs at eye-candy locales such as the Poipu Bay Golf Course on Kauai (1994-2006) and Port Royal Golf Club on Bermuda (2009-2014).

The 2015 Grand Slam of Golf was scheduled at another visual stunner -- Trump National Golf Club Los Angeles -- but Donald Trump's controversial comments about Mexican immigrants prompted the PGA of America to look elsewhere. I'm not pretending to be an expert on where the next Grand Slam of Golf should be held, but here are 10 venues I'd love to see on the tube:

10. The Dunes Course at Barnbougle, Tasmania

The strength of television is its ability to transport viewers to faraway lands by bringing those places into their living rooms. Let's face it: Who's ever going to play golf in Tasmania at the Dunes Course at Barnbougle? Only globe-trotting architects such as Tom Doak, whose creation among the dunes ranks among the top 40 in the world.

Mauna Kea Golf Course has actually been on TV before -- in December 1964 when Jack Nicklaus, Gary Player and Arnold Palmer played an exhibition match to celebrate its grand opening, and again in 1969 for a "Shell's Wonderful World of Golf" match between Dan Sikes, Al Geiberger and Peter Alliss. I'd love to see this Robert Trent Jones Sr. classic in HD this time. I wonder what club modern pros would hit on the iconic third hole, a 272-yard par 3 over a coastal chasm? Over a four-day tournament, with varying winds, how many balls would end up in the Pacific?

Forget Nike and the high-powered Oregon Ducks offense. The Bandon Dunes Golf Resort is the hottest name in Oregon sports. Since Pacific Dunes got its first TV exposure with this year's inaugural USGA Women's Amateur Four-Ball on Fox Sports 1 -- how many actually saw it? -- let's hand the spotlight off to Bandon Dunes, the resort's original course. Think of how many East Coast viewers who can't easily get to this remote golf outpost would love to see the David McLay Kidd design, perched on a bluff high above the Pacific Ocean.

There are lots of great links golf courses in Ireland that deserve the TV coverage afforded a modern Irish Open. Lahinch Golf Club -- with its castle ruins and views of the rugged County Clare coastline -- and the Trump International Golf Links & Hotel Ireland come to mind. Image the possibilities at Old Head Golf Links, a windswept, cliff-top site featuring the most unbelievable views. A lighthouse, 300-foot cliffs, stone ruins of an old brothel -- all the ingredients are there for great television.

The coverage of the Cap Cana Championship -- a Champions Tour event held at the gorgeous Punta Espada Golf Course from 2008-10 -- made me curious how Pete Dye's Teeth of the Dog could possibly be rated higher by some publications than the stunning Jack Nicklaus course I was seeing on TV. With seven holes directly on the water, that's how. It's too bad no network will pick up January's 2016 Latin America Amateur Championship, which gives away a berth to the Masters. Casa de Campo was last on TV in a 1994 Shell's Wonderful World of Golf match between Fred Couples and Raymond Floyd.

I've yet to find a prettier mountain course than Fairmont Banff Springs Golf Course, the classic Stanley Thompson track in the Canadian Rockies. Banff Springs, the most expensive Canadian golf course, is worth every loonie. It hosted the Telus Skins Game in 2011 and 2006, but Americans probably only got to see a random ESPN SportsCenter highlight or two from these four-man shootouts.

Quivira Golf Club, designed by Nicklaus, is Mexico's version of Old Head, a one-of-a-kind knockout that dances along the cliffs on the Pacific, over towering sand dunes and through desert scrub. Drone or blimp shots over the seaside par 3s at no. 6 and no. 13 would be wow worthy. The drivable, par-4 fifth hole (check out my Instagram) would be interesting to watch, especially in the windy conditions that can terrorize the exposed site.

Kauri Cliffs has held three cool televised exhibition matches -- in 2003 for the final episode of "Shell's Wonderful World of Golf" between Kiwi icon Michael Campbell and Couples, and for the 2008 and 2009 Kiwi Challenge, featuring top PGA Tour players under the age of 30 such as Anthony Kim, Hunter Mahan and Sean O'Hair. When I dined with owner Julian Robertson inside his five-star lodge in 2013, he expressed a desire to put on another made-for-TV event to showcase the North Island's indescribable north shore views. Alas, nothing has happened yet. I'd love to see the recent course changes made by Rees Jones.

No Open Championship -- or Scottish Open, for that matter -- will venture north in the Scottish Highlands to find the Championship Course at Royal Dornoch Golf Club. Only diehard traveling golfers seek out this magical links along the Dornoch Firth. That's too bad because the green surrounds would be a perfect test for the world's best players. Tom Watson and Ben Crenshaw are among the few pros who have made the journey and come away raving about Royal Dornoch's beauty and challenge (check out my Instagram).

Of all the private clubs I'm itching to play, this is the one I'd love to see on TV the most. Cypress Point Club dropped out of the rotation for the AT&T National Pro-Am in 1991, a full decade before I got serious about watching golf (check out this Instagram by Golfgetaways). I'm not the only person curious to get inside the gates to see this legendary Alister MacKenzie course. Sand Hills Golf Club in Nebraska and the National Golf Links of America on Long Island in New York are two other private clubs high on my TV wish list.

A photo posted by Channing Benjamin ⛳ (@channingbenjaminphotography) on Jul 12, 2015 at 8:37am PDT

What courses would you love to see on TV for the first time? Let us know in the comments below.

My advise would go to KING ISLAND, Tasmania and look at CAPE WICKHAM

By Jason Scott Deegan
Read More
Load More
Popular
Pushups (no, not that kind) are a Cool Golf Thing
Secrets from the World of Golf Travel: May, 2022
5 golf instruction tips from PGA Championship winners
Playing 360 holes in one day is a Cool Golf Thing
Editorial Staff

Tim Gavrich
Senior Writer
Now Reading
From Mauna Kea to Bandon Dunes: Which golf courses would you like to see on TV?
Search Near Me