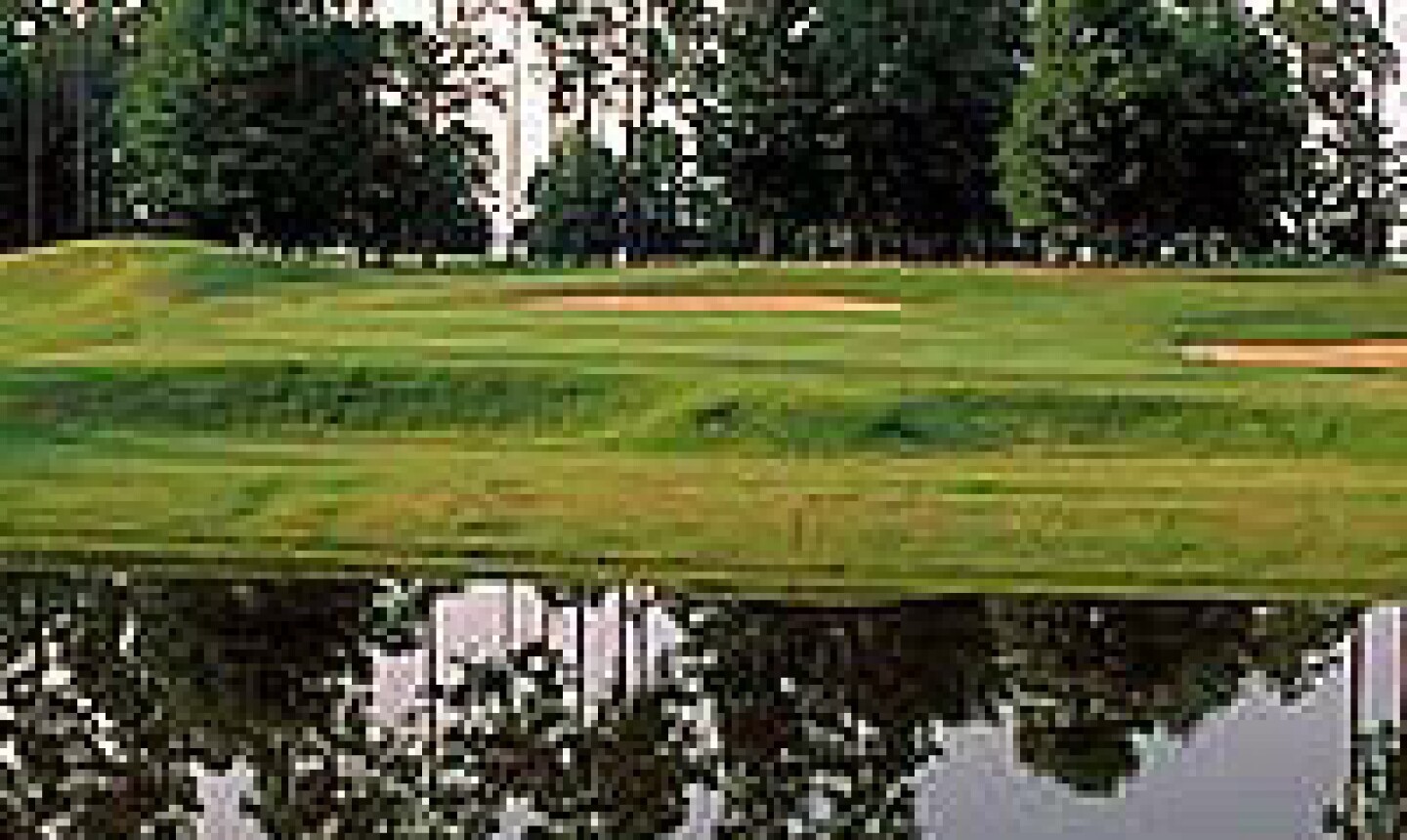 There's none of the hustle and bustle of Atlanta, one of the nation's hippest cities. None of the commercialism, either. And thankfully, none of the gridlock that makes Atlanta traffic legendary.

It's rural, rolling country, with back roads rambling for miles, interrupted only by Smalltown USAs that dot the landscape. It's a true snapshot of the deep South often depicted in movies of Alabama and Mississippi.

It all seems light years away from the world-class resorts of Chateau Elan and Reynolds Plantation to the north. Yet there's still good golf to be found. And at a fraction of the cost.

A southern tour of the five Georgia state park that feature golf courses won't provide players with immaculate playing conditions or a spa treatment after their round, but they will scratch a winter golf itch without breaking the bank.

Four state parks - Laura S. Walker in Waycross, Little Ocmulgee in McRae, Georgia Veterans Memorial in Cordele and George T. Bagby in Fort Gaines - have solid 18-hole designs, all costing under $45 with cart during peak season. Their locations are probably not convenient enough to turn into a trail (like the Robert Trent Jones' trek through Alabama), but for the price, some of them are worth a tee time.

The newest course in the state parks system also happens to be its best (until Arrowhead Pointe opens later this summer). The Meadow Links at George T. Bagby opened in 1997, ranking as one of the nation's best new affordable courses, according to Golf Digest. Rolling through a former peanut farm, the 7,007-yard course starts in an open meadow. The back nine introduces some stark elevation changes and more tree cover.

It's a free-swinging test that is well-conditioned all year long.

No-nonsense architect Denis Griffiths helped transform the Georgia Veterans Memorial State Park into one of the state's most popular with his design in 1990. Located just minutes off I-75, the 7,059-yard course is the most accessible of the five.

The Lakes at Laura S. Walker, in the southeastern tip of the state near Jekyll Island, is really on par with the Meadow Links and Georgia Vets. The Steve Burns' design isn't long (6,601 yards), but that's the fun of it.

From the white tees, big hitters will get revved up about the 290-yard seventh, the 266-yard 12th and the 284-yard 16th. Yet none of the three are simple pars. Three lakes and the nearby Okefenokee Swamp give it a natural appeal.

Brazell's Creek, further east on U.S. 280 toward Savannah, remains the only nine-hole state park course, ever since the Highland Walk Course at Victoria Bryant State Park (northeast of Atlanta) expanded to 18 in 2002.

The Lodge at George T. Bagby and Little Ocmulgee are mirror images, each with 60 rooms. Now don't get the wrong impression. They're more like standard hotel rooms than the older, rustic cabins you'll see at most state parks. In fact, Little Ocmulgee recently expanded, adding 30 new rooms to make it more compatible with big golf groups. The two also have cottages - Little 'O' with 10 and Bagby five.

But The Retreat at Lake Blackshear at Georgia Vets, which isn't managed by the state, is the most grandiose facility. Between the 14-room main lodge, villas and lakeside cottages, there are 88 rooms. Most locals have adopted it as their country club home.

There's plenty of great fishing, hiking and biking at the state parks but little nightlife for golfers. Every state park has an outdoor pool, and George T. Bagby, Georgia Vets and Little 'O' also have beaches. George T. Bagby, on the shores of the 48,000-acre Lake Walter F. George, fed by the Chattahoochee River, and Little Ocmulgee, situated on 1,277 acres of forest land, seem to boast the most amenities (they also have tennis courts).

Little 'O' has a 265-acre lake, miniature golf and three miles of trails to explore.

An indoor and outdoor pool, a fitness center, and a marina in the planning stages highlight The Retreat at Lake Blackshear in Georgia Vets. Swimming, boating and fishing in the majestic Lake Blackshear are the top draw.

The state parks have some nearby tourist traps - like the SAM Shortline Excursion Train and the Chehaw Wild Animal Park near George T. Bagby - but not enough for a week's worth of entertainment.

All the lodges have full-service restaurants that serve hearty meals, including an outstanding breakfast buffet, and dinners with steak, shrimp and fish. The George T. Bagby's Pilot House Grille has a lake view. The Fairway Grille at Little Ocmulgee looks out on the Wallace Adams Course. The classier Cordelia's Restaurant at The Retreat at Lake Blackshear once again serves up the best food and ambiance. The adjacent EightyEights Lakeside Bar and outdoor patio offer shimmering lake vistas during sunset.

The courses are good enough, and challenging enough, for even the best golfers, but none of them will ever make a must-play list, or become a true golf destination. Clearly, the best experience is the combination of the Georgia Vets Memorial Course and a stay at The Retreat at Lake Blackshear. The Meadow Links course wins as the top layout and could make a good weekend of golf, packaged with the RTJ stop in Dothan, Ala. Nevertheless, for the price, all of these layouts are a bargain for your buck.

Kira K. Dixon
Lifestyle Correspondent
Now Reading
Georgia parks offer decent golf, affordable prices
New Cookie Policy
WE AND OUR PARTNERS USE COOKIES ON THIS SITE TO IMPROVE OUR SERVICE, PERFORM ANALYTICS, PERSONALIZE ADVERTISING, MEASURE ADVERTISING PERFORMANCE, AND REMEMBER WEBSITE PREFERENCES. BY USING THE SITE, YOU CONSENT TO THESE COOKIES. FOR MORE INFORMATION ON COOKIES INCLUDING HOW TO MANAGE YOUR CONSENT VISIT OUR COOKIE POLICY.
CONTINUE
Search Near Me