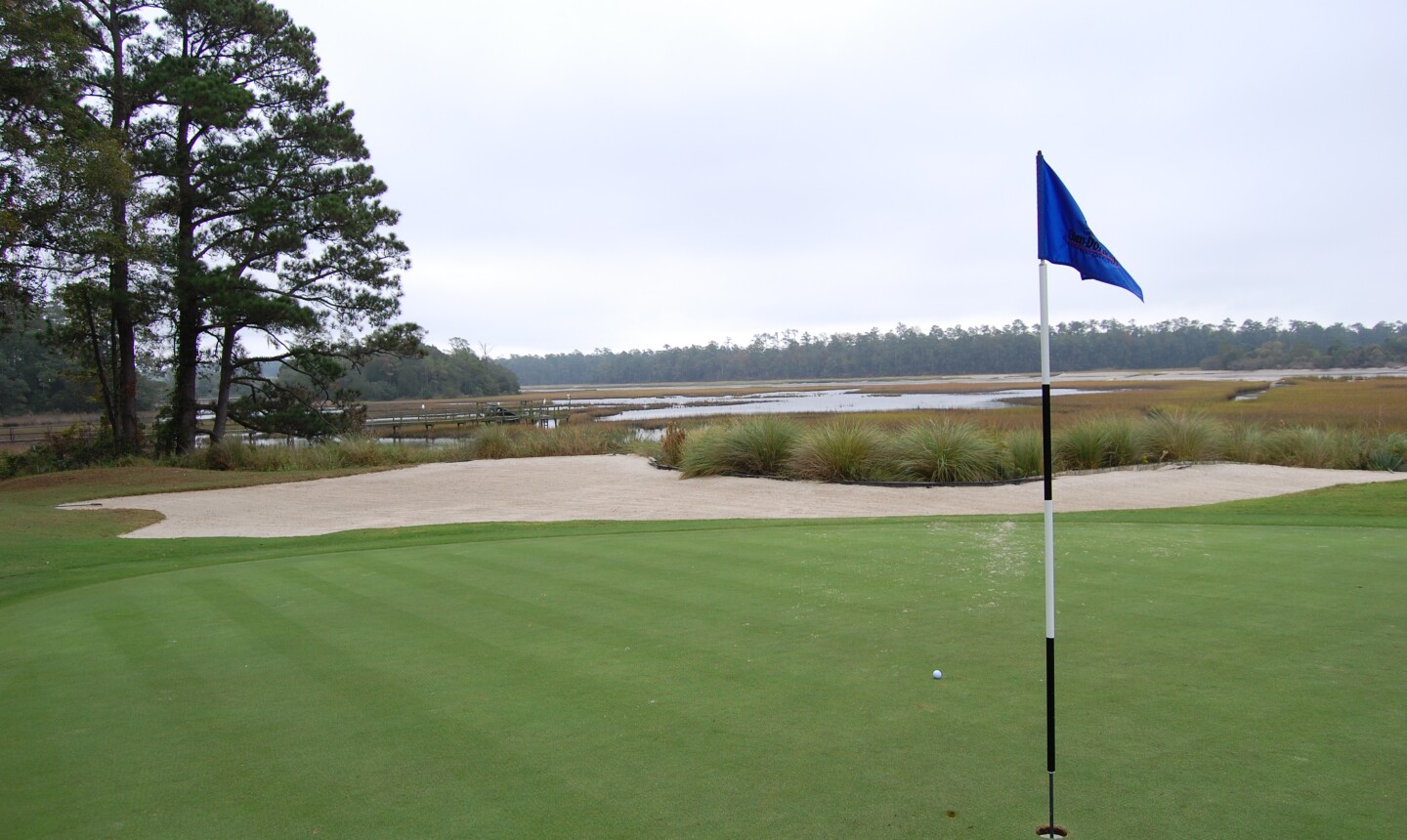 Glen Dornoch makes the most of Myrtle Beach's Intracoastal Waterway, with figures for some great views on the back-nine. Jeffrey White/Golf Advisor 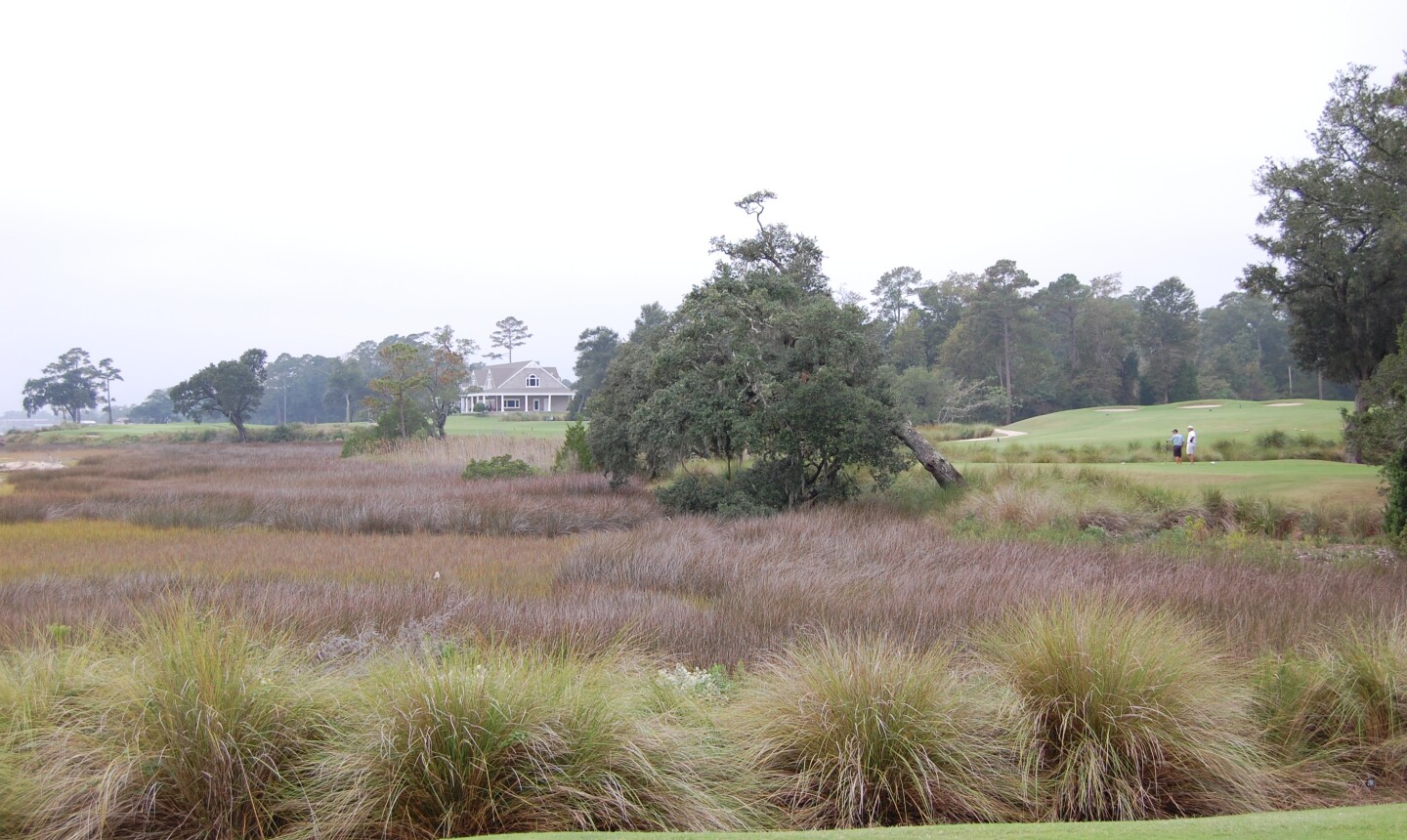 The diabolical 18th at Glen Dornoch, which throws some confusion at golfers who think they can carry an expansive waste area. Jeffrey White/Golf Advisor 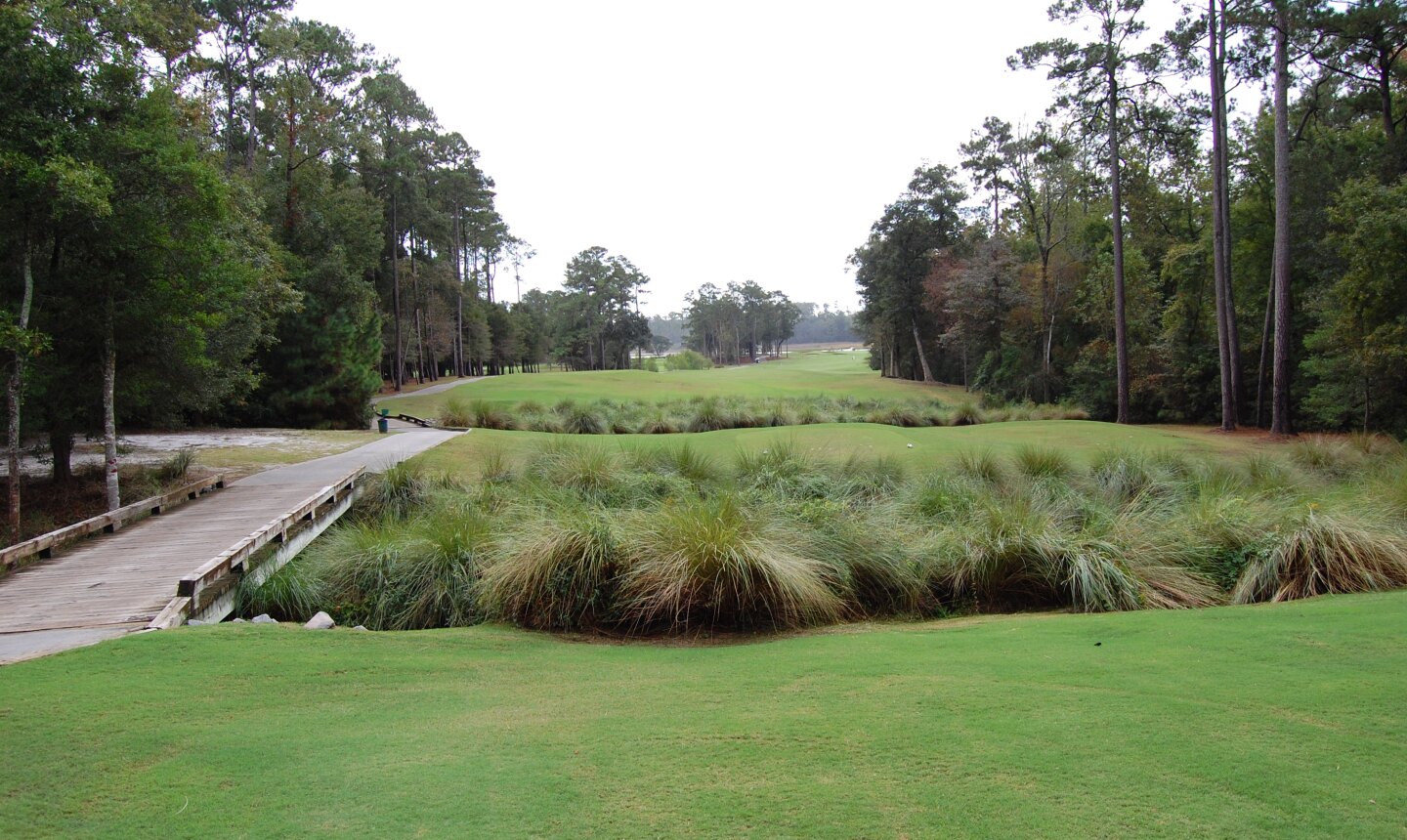 No. 8 at Glen Dornoch near Myrtle Beach. Jeffrey White/Golf Advisor

Taking its name from the legendary Royal Dornoch in the Highlands of Scotland, Glen Dornoch Waterway Golf Links is arguably the finest of all the Myrtle Beach golf courses along the Intracoastal Waterway.

LITTLE RIVER, S.C. - Of all the Myrtle Beach golf courses on the Intracoastal Waterway, Glen Dornoch Waterway Golf Links might just be the best.

Glen Dornoch was built by architect Clyde Johnston in 1996 over about 270 acres in Little River, just north of North Myrtle Beach. It serves as the most upscale of the four courses owned by the Glens Golf Group, which sets out to offer a traditional British Isles theme at each of its facilities. Glen Dornoch gets its name from the legendary Royal Dornoch in the Highlands of Scotland, and tailors its design style after its most storied member: late architect Donald Ross.

The course's Little River location is an asset for a couple reasons. The land in this part has a great deal more roll to it than farther south in the Grand Strand, and the course features about 40 feet of elevation change. The two holes that utilize the drop down towards the waterway best are the par-5 eighth and the long par-4 16th, which play from high land straight downhill to greens on the edge of the waterway.

Secondly, it lies just north of the main docks of Little River, where a steady stream of ships pass through. You're guaranteed to see a fleet of vessels during the round.

For golfers who like the feeling of easing into their first few holes of the morning, there may be no better course in the North Strand than Glen Dornoch. You'll start off on three short par 4s all under 350 yards and a par 3 measuring about 150 yards. You don't need to hit a booming drive to reach these holes comfortably, so it's easy to get your confidence up here.

And you'll need your confidence for the closing holes. The final stretch at Glen Dornoch is what really makes this course special - though it's anything but easy.

The 16th is undeniably one of the Grand Strand's prettiest, and most difficult, holes. It has more elevation change from tee to green than just about anywhere in the North Strand - and finishes on a small green that juts out into the waterway.

The par-3 17th plays right on the edge as well, and your tee shot must play straight over a tree before landing on a green that's heavily guarded. There's a giant artificial hill to the right of the green filled with three bunkers, reminiscent of something Pete Dye might create, and water surrounds the remaining sides.

The 18th is a bit of a tease from the tee. It's difficult to identify exactly where to hit your drive. You can catch a glimpse of the green and fairway straight across the waterway, but nothing short of a heroic poke will land on the other side. Instead, most mortals must play their tee shot well to the right, where a fairway lies far off. A perfect tee shot will still leave you about 200 yards into this par 4. It seems like the kind of hole that sacrificed player-friendliness for closer views of the waterway, which nestles right up to the tee box.

If you can only get on one golf course along the waterway during your Myrtle Beach golf trip, Glen Dornoch should be at the top of your list, along with other upscale courses like Tidewater and Grande Dunes. Five holes feature the waterway prominently, and you're sure to remember the closing stretch of 16 through 18, even if your scores on these holes end up being a little fuzzy.

It's tough to call any course in Myrtle Beach a "links" given its softer soil and lack of natural dunes, though the beautiful 9th hole, which plays parallel to the waterway on the right, has several steep pot bunkers guarding the fairway at the dogleg and is actually quite reminiscent of a British Isles links hole at Dornoch. The clubhouse is also Isles-themed and filled with memorabilia from Royal Dornoch and Scotland.

Peak season green fees are about $160, putting it among the upper-echelon of Grand Strand golf courses. 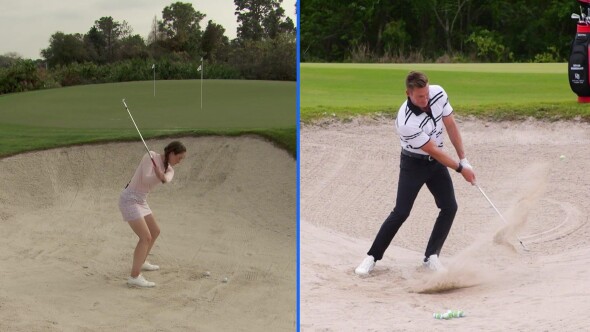