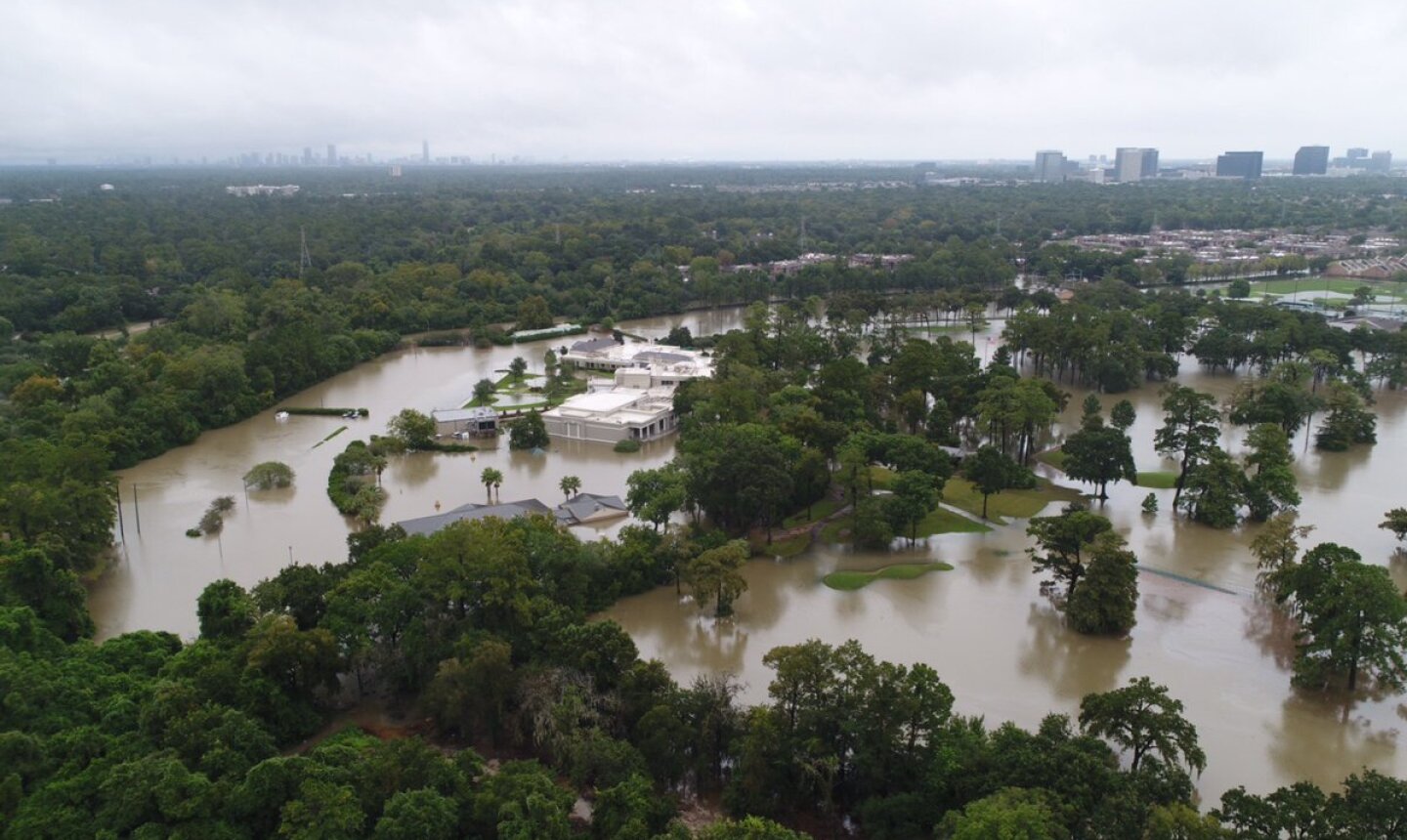 HOUSTON -- The more than 6 million residents who live in the Houston area have more pressing concerns than the state of golf in the area. After all, some 30,000 people and counting are already in shelters, having been flooded out of their homes due to more than a trillion gallons of water that fell as a result of Hurricane Harvey.

Harvey slammed into the Texas coast Friday night near Rockport (which was basically destroyed) as a Category 4 storm, the first major hurricane to hit the U.S. mainland in a dozen years. But unlike most tropical storms, Harvey stalled for the last several days, dumping more than 40 inches of rain in many parts of the Houston metropolitan area to the "dirty side" east of the center of the storm.

Among the nearly 200 golf courses in the Houston area, most have certainly been affected by the floods. Many of these courses won't reopen for weeks, if not months. Some may not reopen at all, as this isn't the first time around for many of them and this time it might be too much. In 2001, for example, the Houston area received more than 36 inches of rain in three days from Tropical Storm Allison. At The Clubs of Kingwood, where much of the movie Tin Cup was filmed, at least one of its five courses didn't reopen for another year. Kingwood, a northeast suburb of Houston, wasn't spared this time around either of course, and it remains to be seen how difficult it will be to bounce back.

The storm hasn't discriminated. The Golf Club of Houston, where the PGA Tour's Houston Open is conducted on the Tournament Course, has several holes completely underwater. The home course of the University of Houston was built next to Greens Bayou, which is way over its banks. (See story about LPGA Tour player Stacy Lewis and her husband, University of Houston women's golf coach Gerrod Chadwell, who have a house near the Golf Club of Houston, are coping here.)

And the highly-touted renovation project at muni Gus Wortham Park, the oldest 18-hole golf course in Texas, also will surely suffer setbacks. That course was supposed to reopen in November, but that certainly appears to be in jeopardy now. Golf courses in nearby counties such as Galveston, Montgomery, Fort Bend, Brazoria and Chambers have it no better. On Wednesday, Aug. 30, the Beaumont and Port Arthur areas to the east were getting pounded with flooding rains. And farther down the coast, there's no telling when the courses in places like Corpus Christi, Port Aransas and Rockport will reopen. As of Wednesday, 33 Texas counties had been declared national disaster areas.

Incredibly, not all the news regarding local golf courses is bad. WindRose Golf Club in Spring , just north of the Houston city limits, drained quickly and reopened on Wednesday, Aug. 30, and is expected to be off the paths by Thursday. Owner and GM Kelly Walker reported that they were even able to mow greens and fairways on Wednesday. Thirty-six Wildcat Golf Club, just south of NRG Stadium, opened Friday and was off the paths as well.

Memorial Park, host of the upcoming Greater Houston City Amateur Championship and Senior Amateur Championship, had its range open on Wednesday and reopened the golf course on Thursday. On Tuesday, it wasn't accessible for most local residents with roads leading into it under several feet of water. It drained quickly.

"We were happy open the range today," said Tommy O'Brien, a PGA teaching professional at Memorial, who opened the shop on Wednesday. "It's nice to give people a distraction, something to take they're mind off what's happening around them and what they're seeing on the news."

And it's not just the golf courses at these facilities. At 36-hole BlackHorse Golf Club in Cypress northwest of Houston, the clubhouse has been taking on water, too, in addition to extensive flooding on the golf courses. But as BlackHorse General Manager Mike Shoelen told me via instant message, "We'll get though it."

Any city that receives this much rain in a short period of time would be in trouble, but the Houston area is flat, with an already high water table. When the dozens of bayous and creeks, which control excess water, overflow, there is nowhere for the water to go.

Some golf courses also act as flood plains. Every time the area receives extensive rain, for example, 54-hole Bear Creek, run by Arcis Golf on the west side of Houston, usually winds up underwater because water is released from the Addicks Reservoir nearby. This may be the worst yet. According to an official with Arcis Golf, "Bear Creek is gone." Even more unfortunate, of course, is that the homes around these reservoirs are flooded, too, which is certainly the case this week for both residents and the places they play golf.

Thousands of residents are without homes and still need food and shelter as well as basic necessities. To help, here are several options:
The Hurricane Harvey Relief Fund
The American Red Cross
And a fund set up by Houston Texans all-pro J.J. Watt, Victims of Hurricane Harvey.

Entrance to the Kingwood Country Club in Houston on Tuesday evening: pic.twitter.com/0CGSqcSDth

Drone photos show the work ahead. A lot of debris. A lot of water. pic.twitter.com/eNaDaTqysr

The good news is we are draining really well! pic.twitter.com/5phFyKTjSE

Bear Creek was hit hard with the Harvey flood. It has been a year now and when I drive down clay road, I can that someone is keeping up mowing the grass. At one time you could see the Club House from clay road. I keep looking but I think they tore the club house down. My question will Bear Creek ever re-open and if so when ? I live close to Bear Creak golf coarse and I really like the programs they had. I think is was 40 dollars and you could hit all the range balls you wanted, plus when deciding to play a game if you were on the program you could play 18 holes for 18 dollars. excellent program. I would like to see Bear Creak re-open. Can you give me any feed back please ?

I'm a about a mile north of BlackHorse (at Fry and 290 basically) and while I can't confirm it I've heard that at least one subdivision had to be evacuated from that area. IIRC Cypress Creek runs right through that area.