There may be even more to learn from pros' mediocre and bad shots than from their best.

The Players Championship is making history this week. It is the first professional golf tournament ever to provide viewers access to every single shot that every single player hits. All these shot are available through the PGA Tour Live streaming service. For reference, there were 31,078 shots hit in last year’s Players.

The most important thing about this project is that it will begin to tear down the proverbial fourth wall between viewer and event. That could cause us mortal golfers to see the pros in a new light. Fans can follow any player's round in real time, or later watch a 10-minute version of any round, cut together automatically via artificial intelligence.

From the handful of PGA Tour events I’ve attended, I have always been struck by how even on a Sunday, and even for groups relatively close to the lead, the overwhelming majority of the action feels a little mundane. It’s not that pros are great because they’re hitting spectacular shot after spectacular shot. It’s more that they’re great because they hit so many good-to-very-good ones, and so few bad ones. Even their mediocre shots often result in pars, whereas ours lead to bogeys and doubles.

Without all the necessary cherry-picking of shots that makes up a typical telecast, our view of the action would be a bit different. Not only that, I would argue that diving into it could help make us better golfers.

1. The banality of excellence

Professional golfers string together sub-par rounds not because they are pinpoint flag-hunters, but because they play very conservatively compared to most of the rest of us. They play 20. Or even 30 feet wide of several flags per round, and only take dead aim when all the conditions favor that approach.

If you are the type of golfer who is interested in shooting lower scores, you would do well to drill this into your head. To do this, I would pick a couple of the less-flashy players and hone in on their rounds. The grouping of Brandt Snedeker, Jim Furyk and Tommy Fleetwood holds a lot of interest to me. Snedeker and Furyk are not bombers, so they'll have to plot their way around TPC Sawgrass' Stadium Course. Relatively speaking, their games are a bit more relatable than, say, Rory McIlroy's, though I would encourage you to watch McIlroy and the other bombers as well in order to see a contrasting style.

2. How good is bad golf from the best?

One instructive exercise would be to intentionally watch one of the worst rounds of the tournament to see what it looks like when the wheels fall off for a pro. For the student of the game, both body language and shot decisions might actually provide some hope. Anyone who has seen meltdowns from golf's more demonstrative players instantly feels an inkling of kinship. Sometimes, the pros are just like us!

By virtue of being able to watch every player's every round this week, PGA Tour Live viewers will also see how the entire field plays every hole. And at a course with as many singular tests as the Stadium Course has, this presents some serious geek-out potential for anyone interested in learning more about how golf courses test the best players. Aside from famous final three at Sawgrass, I am always intrigued at how players play the par-5 9th, with its tiny green surrounded by an assortment of challenges. Likewise, I'll watch to see how the par-4 12th, redesigned into a drivable hole a few years ago, fares.

Needless to say, there is a lot to take in during the Players Championship this week, and more options than ever when it comes to how. 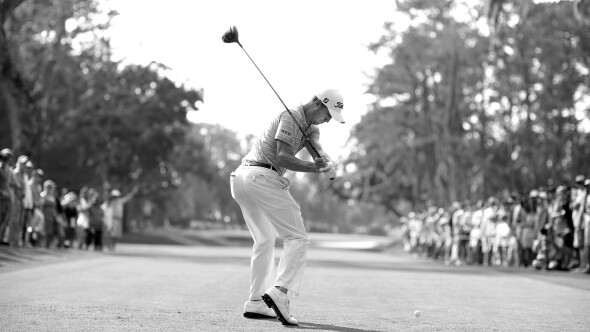 Want to watch every shot from the 2020 Players Championship?
Click here to make sure you have access to PGA TOUR LIVE!
EventsOpinion

Kira K. Dixon
Lifestyle Correspondent
Now Reading
How the Players Championship's Every Shot Live initiative can make you a better golfer
New Cookie Policy
WE AND OUR PARTNERS USE COOKIES ON THIS SITE TO IMPROVE OUR SERVICE, PERFORM ANALYTICS, PERSONALIZE ADVERTISING, MEASURE ADVERTISING PERFORMANCE, AND REMEMBER WEBSITE PREFERENCES. BY USING THE SITE, YOU CONSENT TO THESE COOKIES. FOR MORE INFORMATION ON COOKIES INCLUDING HOW TO MANAGE YOUR CONSENT VISIT OUR COOKIE POLICY.
CONTINUE
Search Near Me