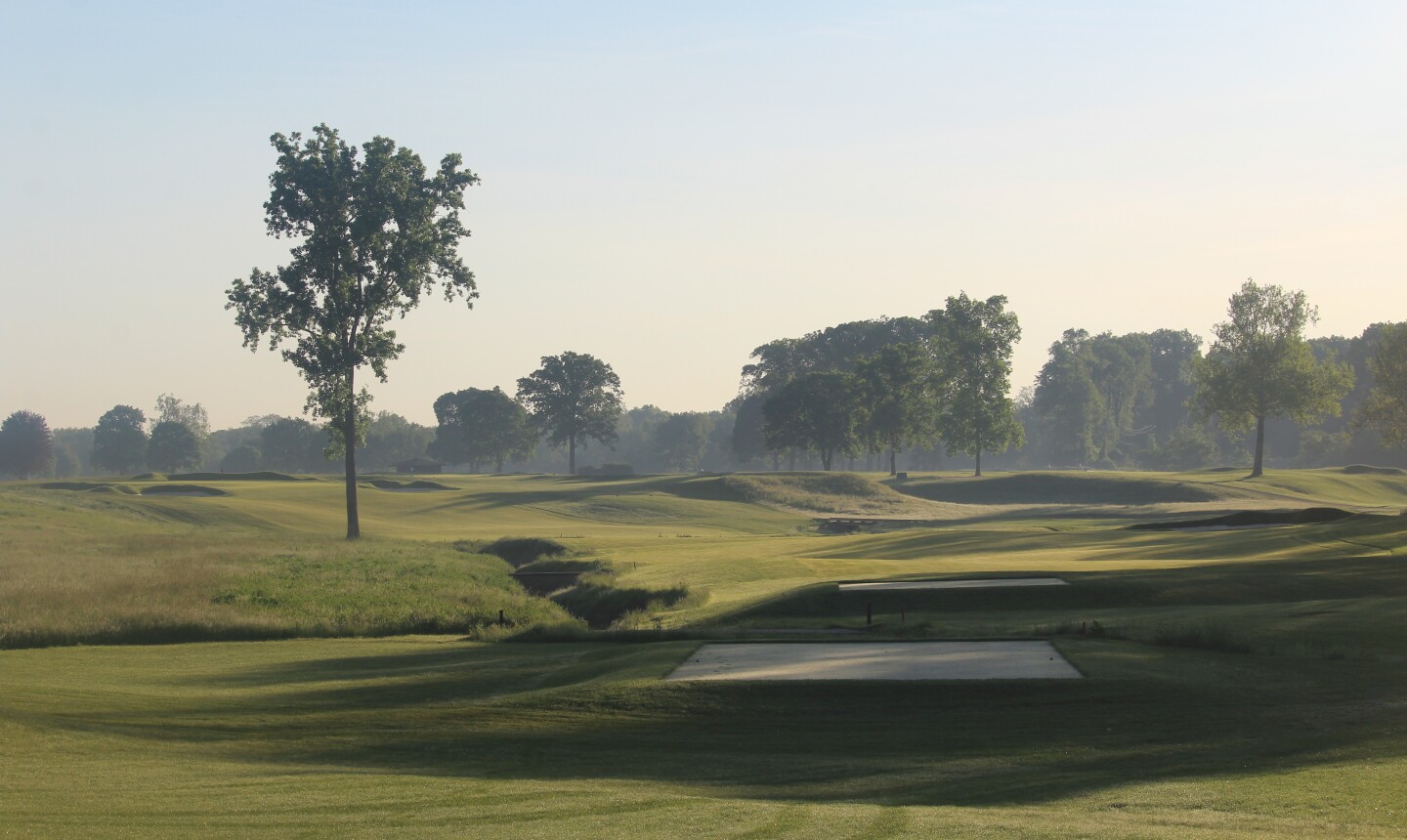 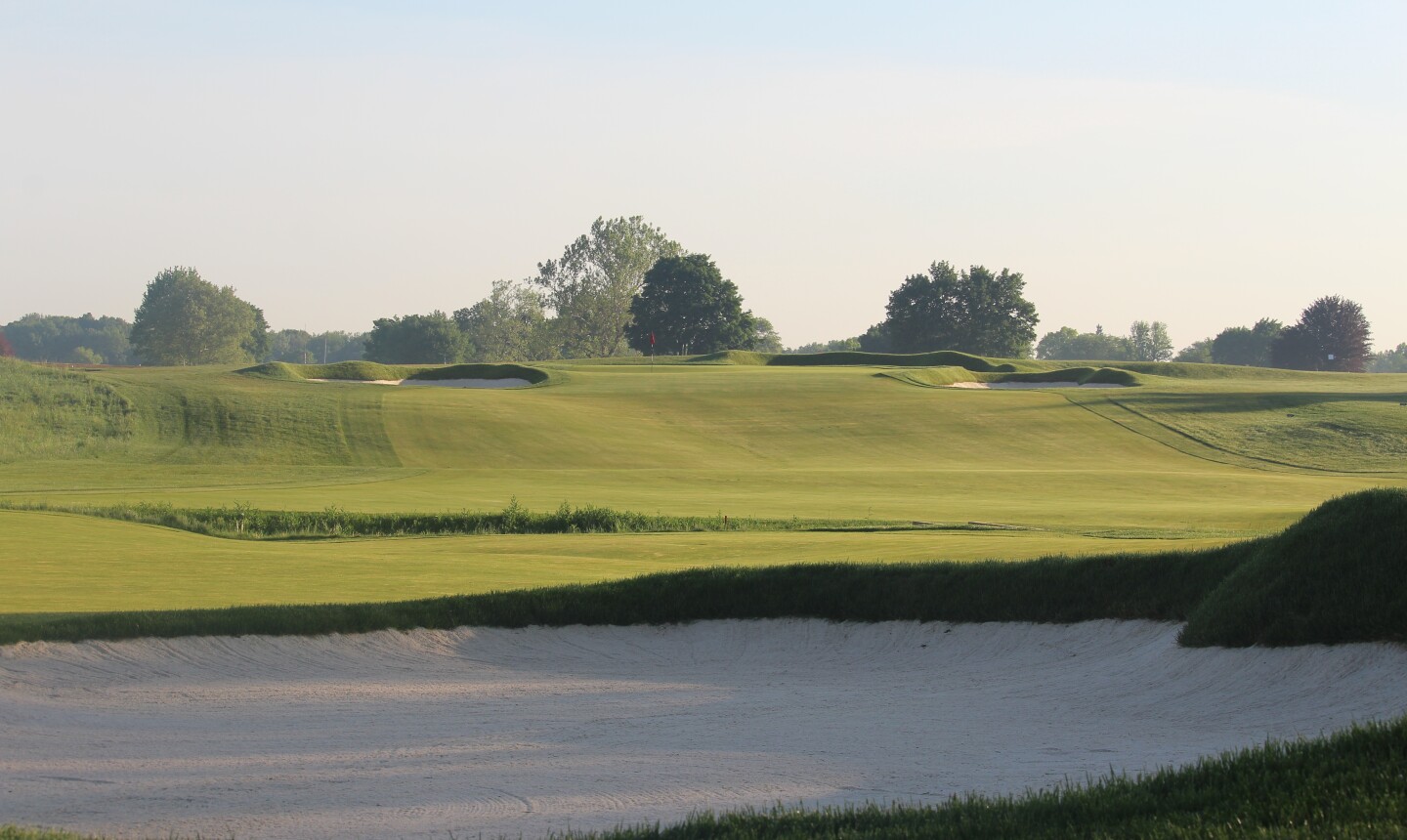 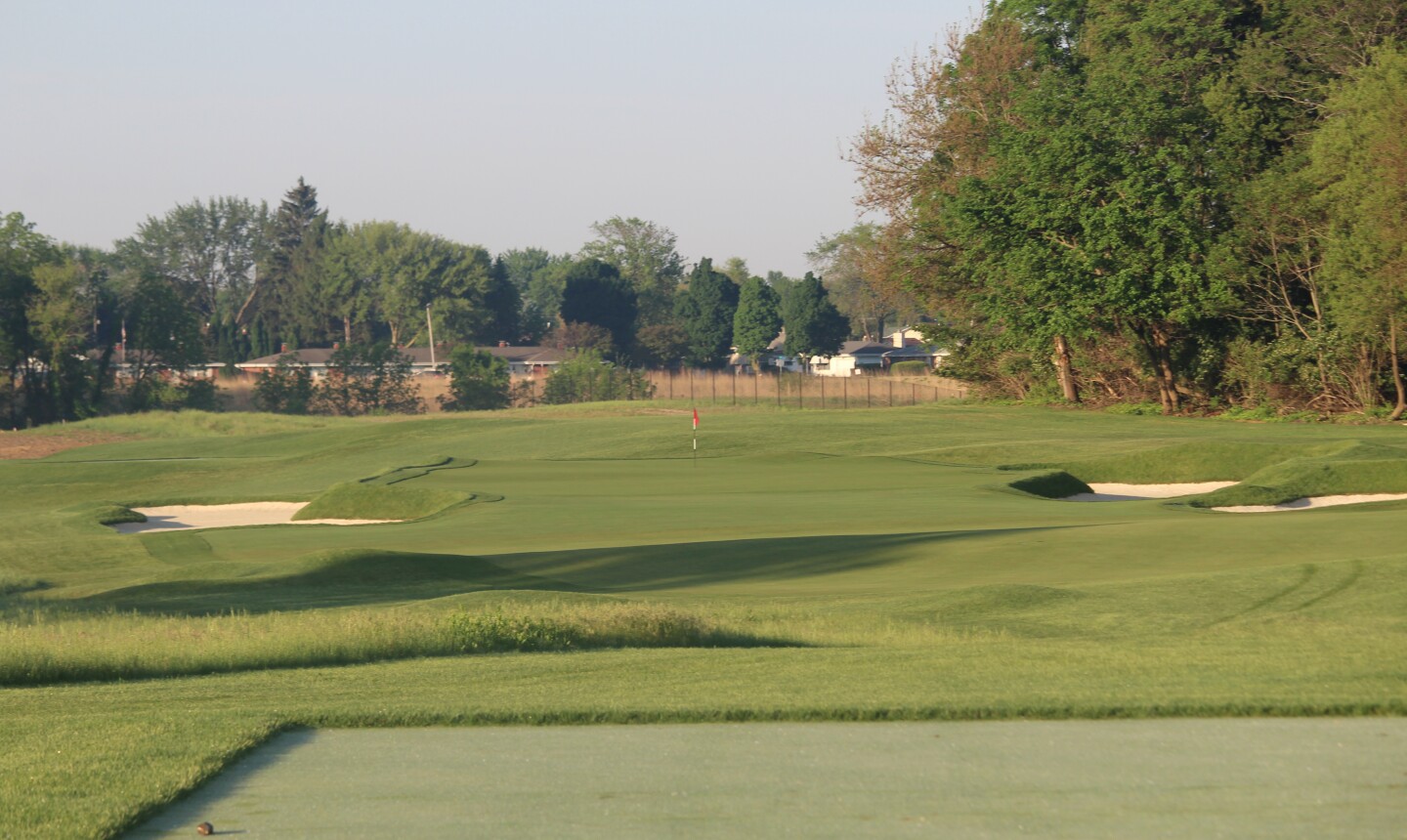 The rededication last week of the restored Inverness Golf Club in Toledo, Ohio is a hinge point in the history of golf architecture.

After enduring 40 years of one of the most ill-conceived modernizations in championship golf, the storied old club – home to four U.S. Opens, two PGA Championships, two U.S. Senior Opens, two NCAA Championships and a U.S. Amateur – has reclaimed its classical identity. Not many big-time clubs have the courage to admit they made a mistake. The folks at Inverness knew it right away. It just took them decades to undo the damage.

This isn’t a course review. And I wasn’t there last week for the ceremonial round. But I did get to see the work on the verge of completion late last fall. And Inverness is a course I’ve been revisiting and writing about extensively since I was first there, when I caddied in the ill-fated 1979 U.S. Open.

That’s when a clumsy rerouting of four holes by George and Tom Fazio was met by the players and the media with universal derision. And this was in an era when awareness of architectural heritage was barely in its infancy. Yet the mismatch of the new holes - the par-3 third and sixth, the par-4 fifth and the par -5 eighth – with what was still there was obvious to all. During a practice round, I overheard Tom Weiskopf say "they ought to create a society to honor Donald Ross’ work and not let this happened again."

Actually, “they” did, and though the emergence of the Donald Ross Society took place in Connecticut in a different context a decade later, the conditions leading to its founding were similar to what happened at Inverness: contempt for the past.

Of course that’s how the USGA did things when it came to preparing for championships. Instead of looking at the site specifics of course design, they took a template for setup based upon single-file fairways with dense thickets of rough down both sides. And if a quirky old golf course with intimate connections from green to tee like Inverness still was on tap for a U.S. Open, they’d encourage the club to rip up old, short, jammed-up holes and replace them with new ones. Even one with Inverness’ pedigree: a routing by Donald Ross, with greens and bunkers tweaked by A.W. Tillinghast and Dick Wilson.

Which is what happened when the Fazios came to Inverness. Before long, the club had four new holes that looked like they had been airlifted in from Florida. The new par-4 fifth hole had a reverse-camber fairway, tilted towards a creek, and required a tiresome walk from the fourth green. The new par-3 third hole sported a dumpy little pond. And the new par-5 eighth hole, pieced together from two short par-4s, offered such a sharp dogleg that Lon Hinkle managed to play it in the first round of the 1979 U.S. Open by going down a neighboring hole, to which the USGA responded overnight by planting a black spruce to block the cutoff.

The farce of the legendary "Hinkleberry tree" distracted attention from the botched renovation long enough to get through the 1979 U.S. Open. Inverness then struggled internally for years tweaking the new holes to make them look less worse.

The place always conveyed the feel of a living golf museum. It had extensive memorabilia and imagery documenting the grounds. There was also a famous grandfather clock that contestants in 1920 U.S. Open presented to Inverness in gratitude for being allowed into the clubhouse. But the club didn’t get the golf course right until a few years ago, when Inverness turned to up-and-coming restoration designer Andrew Green for a complete undoing of those mismatched holes.

Green, 40, operates a one-man shop out of Baltimore, Maryland. He spent years working for McDonald & Sons, a course construction firm, until he went off on his own six years ago. His portfolio has been building slowly. At Inverness his work was aided by a treasure trove of material he assembled into an archivist’s portfolio.

The work was helped by what few classic-era clubs have these days: additional, adjacent land. A 100-acre parcel to the south provided plenty of space for an imaginative recreation of the lost holes, or at least their salient green features and surrounds. And they also enabled Green to undertake the work of building three new holes and adjusting a fourth without interruption of play.

That construction work began last July and is now completed. It comes replete with all sorts of retro-flourishes that reproduce what Inverness always had and what those modern holes lacked – knobby mounds, crumbled bunker edges, steep falloffs behind greens, and subtle, but discernible contours in the greens. Extensive tree management has also helped. The club’s brilliant routing through glacial moraine and across the low ground along a meandering ditch (literally, the “inner-ness”) once again marks the entirety of the course.

Along the way, Inverness gained considerable length. It’s now up to 7,559 yards, par-71 – with plenty of room for more back tees, if needed, as well as vast space for spectators, merchandise tents, TV compounds and the other necessities of the temporary football stadium required to host a major championship these days.

Most of all, what Inverness has back is its soul. I can think of a dozen other American courses with reputations to reclaim that surely have been taking notes on Inverness. American golf course architecture has finally begun to rewrite a dark chapter in its history.

Make sure you watch the LPGA Tour play this coming weekend July 31 to August 2.at Inverness It's the first time the Tour has played since February. I'm not sure if they have played many Donald Ross courses. Best wishes, Nancy

This restoration took great courage and even greater vision (vision to look back and forward). Congrats Inverness!!

... a dozen other American courses with reputations to reclaim". Seems some are already on the bandwagon: Oak Hill, Congressional, Olympia Fields are next in line. Others that would do well to watch Inverness, along with Bel-Air, would be Riviera, Oakland Hills, Olympic, Baltusrol, and Scioto.

Inverness should get a lot of attention for this conversion. The drama matches that of Oakmont. As someone that knew the old course, this is the 2018 version and you see Donald Ross original intent everywhere. MUST SEE if you want to feel what ted ray, vardon, Jones, Nelson,Palmer etc ... appreciated.

Well done Brad. I need to get there someday.

Now if they could just do something about the ball. The maintenance and fertilizer lobby seems to have a foothold in the USGA.