The Inverness Club's legendary history grows with the 2021 Solheim Cup

USA and Europe's finest women prepare to face off on a Donald Ross Midwestern classic. Here's a hole-by-hole guide to venerable Inverness.

TOLEDO, Ohio — One of the Midwest's most illustrious clubs is ready to add another marquee event to its legacy.

The 2021 Solheim Cup takes place Sept. 4-6 at the Inverness Club in Toledo, Ohio, where 24 of the top American and European women golfers will do battle on a venerable Donald Ross design that, thanks to a recent restoration, has never looked better.

Tournament organizers are anticipating record crowds of close to 150,000 on a compact routing where roars will be heard from end-to-end of the property. The matches will begin in adrenaline-inducing fashion. The 1st and 10th tees are normally separated by a small putting green. Instead, they will share a tee in the center (where the green typically is) and it will be enveloped on three sides by grandstands.

The ‘calm before the storm’ has never been as true as it is right now. #SolheimCup pic.twitter.com/kr7VAO4B2p

Expect an electric atmosphere throughout, even if the crowds are more one-sided than usual due to international travel restrictions.

Inverness' routing is clever, navigating rolling land and a creek that curves along some holes and runs dead-straight through others. Most holes run parralel and it's a compact property ideal for live spectating. Holes play close to one another and in one spot on the course, six greens (Nos. 2, 4, 5, 11, 12, 14) are quite close to one another. It's near this confluence that the Meijer Pavilion has been constructed to afford prime viewing of these holes as well as F&B and hospitality. It's the largest-ever structure for a women's pro golf event. Fans behind the 10th green can also watch action close by at the 11th tee, 1st green and par-5 13th. Natural bowls behind Nos. 15 and 17 should also ensure thrilling theater.

U.S. and European teams both 'loaded' for Solheim Cup

Inverness will require precision and patience

Big events are in the Inverness DNA and the inspiration behind extensive restorations and updates to the course, which included additional land, leading up to the 2021 Solheim Cup. The course reopened in 2018 following an extensive restoration by Andrew Green that undid a lot of what a 1970s renovation by Tom and George Fazio instilled onto the Ross design. Inverness relishes its history and has plenty on display both in the clubhouse and around the course.

History on display at Inverness 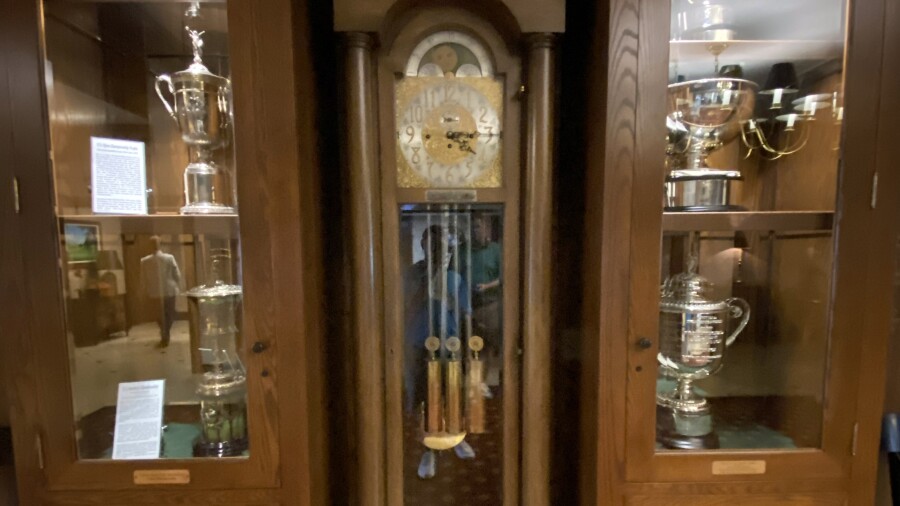 The 1920 Chime Clock and championship trophies on display in the clubhouse foyer. Brandon Tucker/GolfPass 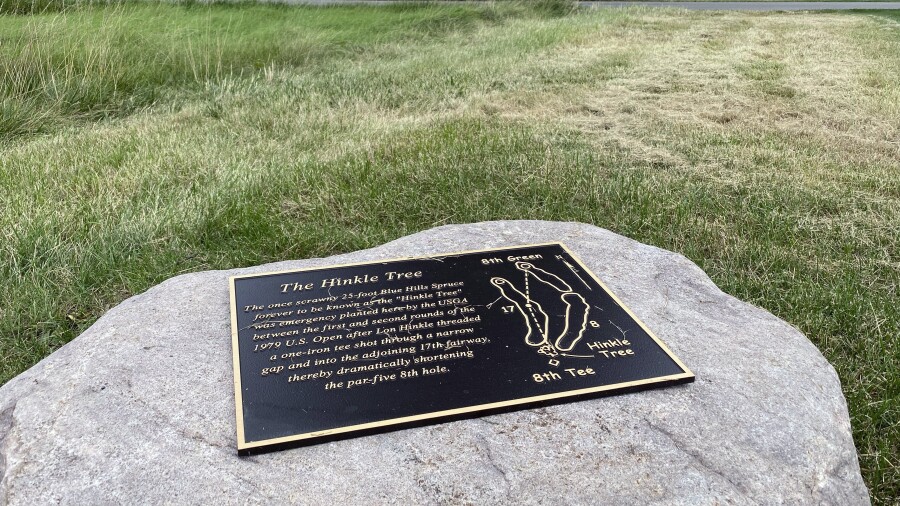 The infamous "Hinkle Tree," planted on the 8th hole at the 1979 U.S. Open died and was removed in 2020. Brandon Tucker/GolfPass 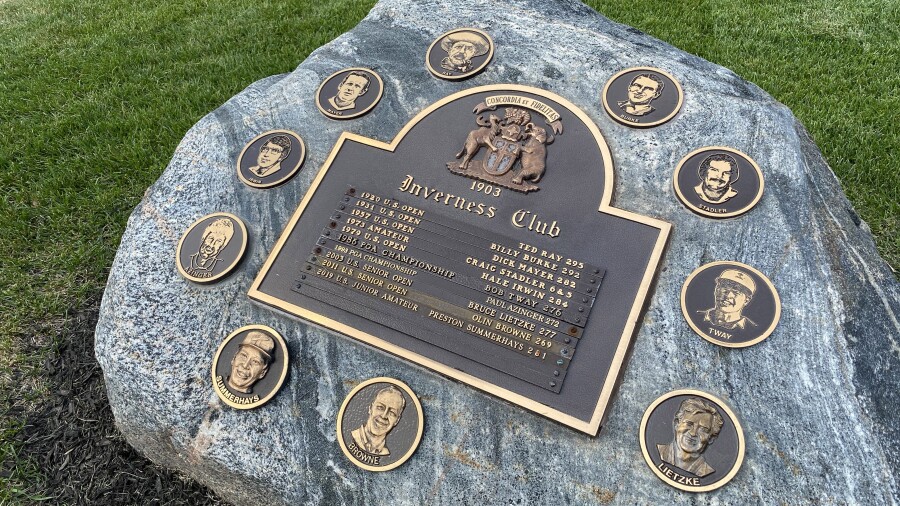 In recent years, the women's pro game has significantly upgraded the quality of its venues for marquee tournaments and Inverness is the latest example. The pride of Toledo, it's considered one of Ross' best works. Narrow fairways with crafty angles and bunker placements will make it a precision course off the tee. Approach shots will be very demanding.

Many Solheim Cup players got a preview of the new-look Inverness when it hosted the inaugural 2020 Drive On Championship. It was the first event back for the LPGA following the COVID-19 stoppage and provided a rare chance for players to see a Solheim Cup course in advance. Team USA's Danielle Kang won the 54-hole tournament at 7-under, while Celine Boutier, a captain's pick for Team Europe, finished one back.

“I think the best way I can put it is you have to respect the golf course," Kang told LPGA.com. "The golf course changes so often, and you can't take little shots for granted. I just try and keep as much focus as possible and not let the golf course get to me and try and play the course instead of fighting it.”

Said Angela Stanford: "There is so much to it, and I knew right away why it's been a major golf course and held championships and why it's a Solheim course. You have to think on every situation off the tee, into the greens, and around the greens.”

“I love challenging golf courses. It is a very tough golf course,” said USA's Lexi Thompson prior to the Drive On Championship. "If you play for the right amount of bounce-out, especially in the fairways and into the greens, I think it'll be a lot of par holes. If you hit it to the middle of the green, just take your two-putt and get off the hole.

"I think you can make some moves out there, and then on the few birdie holes that you can access pins, you have to take advantage of those."

The course is set to play as a par 72 at the Solheim Cup (6,903 yards) but in unique fashion has just three par 5s and three par 3s, with the last par 3 coming on the 12th hole. Some of the best match play venues feature a lot of "half-par" holes or birdie opportunities down the stretch. But for those players down in their match on the back nine, it will be difficult to put the pedal to the metal. Following the par-5 13th hole, Inverness closes with five difficult par 4s. Even the legendary short 18th hole, despite its short yardage, has a lot of potential for peril. Pars, especially in foursomes, will be very welcomed.

Wow!
Your masterful, detailed and incisive analysis of each hole really lends perspective to how they're played strategically. The photos blend well with the comments. Enjoyed this very much, especially for in-depth understanding of who Ross was as an architect.

I heard someone on ESPN the other day describing why the well-rounded Willie Mays was one of a handful of the very top (two or three) baseball players ever. Ross, it seems to me, is something like Mays' golf-architect analogue: he could do it all when it came to top-notch design. In my view you're providing some great evidence of that here.

Just walked the first 10 holes during practice. The rough is thick net grass which will grab the club