The PGA Championship host and former Ryder Cup host is one of the most feared and beautiful rounds of golf in America.

From the moment it opened in 1991, the Ocean Course at Kiawah Island has been a showstopper.

Pete Dye created a pressure cooker of elevated greens, twisting bunkers and cross hazards, all impacted by the wind and weather off the Atlantic. It was meant to examine the best players in the world. The legacy of the "War by The Shore", the nickname for the 1991 Ryder Cup, lives on as one of the game's most memorable events.

Three decades later, the Ocean Course is gearing up for another huge moment, the 2021 PGA Championship, its second major. It's hard to fathom that somebody will have as easy a time winning as Rory McIlroy did at the 2012 PGA Championship, cruising to an eight-shot victory. It all depends on the weather.

You could say the same for your round. The Ocean Course - one of the 32 publicly accessible major championship venues - should absolutely be on everybody's bucket list. Here's how to make it happen and enjoy it when you do. 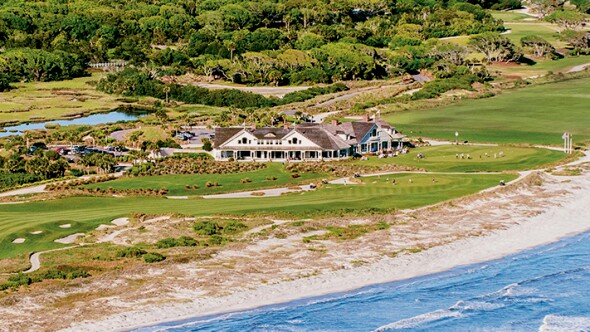 There are many different ways you can approach playing the Ocean Course. The most convenient, and undisputed best way, would be a golf package. Although playing the Ocean Course does incur a surcharge for most golf packages, it's still the most affordable way to play and staying to indulge in one of golf's most special resorts (and settings) is a no-brainer. Certain packages can drag the rates down to as low as $234 per round with the high being $330. That's still considerably lower than booking as a non-resort guest, where green fees will range from $373 to $463, depending upon the season. With the resort's online tee time system, booking this way is transparent about pricing and easy to do.

There are other small tricks to find discounts. After 2 p.m. from roughly June through August, twilight rates drop below $400 for non-guests and roughly $260 for guests. The 36-hole-a-day warriors could play one of Kiawah's other four courses in the morning and secure a $225 replay rate on the Ocean. I've stood on the 18th green at the end of a memorable round with the sun setting over the Atlantic. It's as spectacular as it sounds.

For those looking to play before or after the PGA Championship in 2021, the course closes May 1 and reopens June 2. It will undergo aeration in mid-June, so it might be best to start booking after July 1 to give the greens time to heal.

The exciting news is Kiawah Island has already completed construction on two of the four new two-story, four-bedroom vacation cottages located steps from the clubhouse. The other two should be completed before the PGA Championship, but reservations won't open until after the event.

Each features a shared living room and mini-kitchen. Booking ensures everything will be taken care of - daily housekeeping, a dedicated concierge who will handle all arrangements, including transfers from the airport, tee times, stocking the bar with preferred beverages and dinner arrangements. Accommodations include daily golf on the Ocean (with options to play others), daily breakfast and an amenity package. Staying here will take the whole trip next level.

The cool thing about playing the Ocean Course is the caddie is included in the price, unlike the extra charge packed on by Pebble Beach or Whistling Straits. The course is walking-only September through May. Carts are allowed after 10 a.m. during the hotter summer months June through August. These rounds require a forecaddie. Recommended tip for any caddie is at least $100 a bag.

Considering how difficult the course can play, especially when the wind kicks up, these bagmen are vital to guiding bogey golfers around the course in as few shots as their skill allows.

As for the course, Dye's mastery of visual intimidation is on full display. It seems there's always a ribbon-thin, 300-yard-long waste bunker, deep pot bunker or water cross-hazard in the way. Thankfully there are bailout zones if necessary, instead of taking on the hero shot, which is often foolish. Covered with sticky Platinum Paspalum turf, the Ocean doesn't really play like a links. Elevated greens often repel the ground game. It's still a complete examination of the mental and physical state of your game. If you can get out of your own head and execute what your caddie asks, playing to your handicap isn't out of reach.

Before and after golf

Part of the pure joy of a round on the Ocean Course is the excuse to show up early and stay late at the magnificent clubhouse. This is one of the coolest spots in golf. Adirondack chairs are set out near the expansive putting green just so golfers can hang out and enjoy the view of the beach and the waves.

The Ryder Cup Bar, which seats 30 inside and 24 outside, is the ideal hang for lunch, a post-round cocktail or even casual dinner. The intimate Atlantic Room (80 seats) serves up the more refined dining experience that will likely require a shower, change of clothes and a reservation. Those staying at the resort have the advantage of taking the resort shuttle back to their accommodations. Or, for those lucky enough to be in a nearby cottage, enjoy the walk. 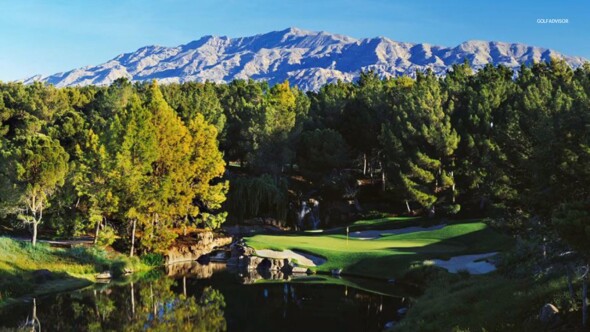 Articles
17 Min Read
The real cost and how to save at the most expensive golf courses in the U.S.
Adding caddie fees, taxes and accommodations cause prices to soar. Here is what you need to know and how to save.