Play the 32 major championship venues open to the public 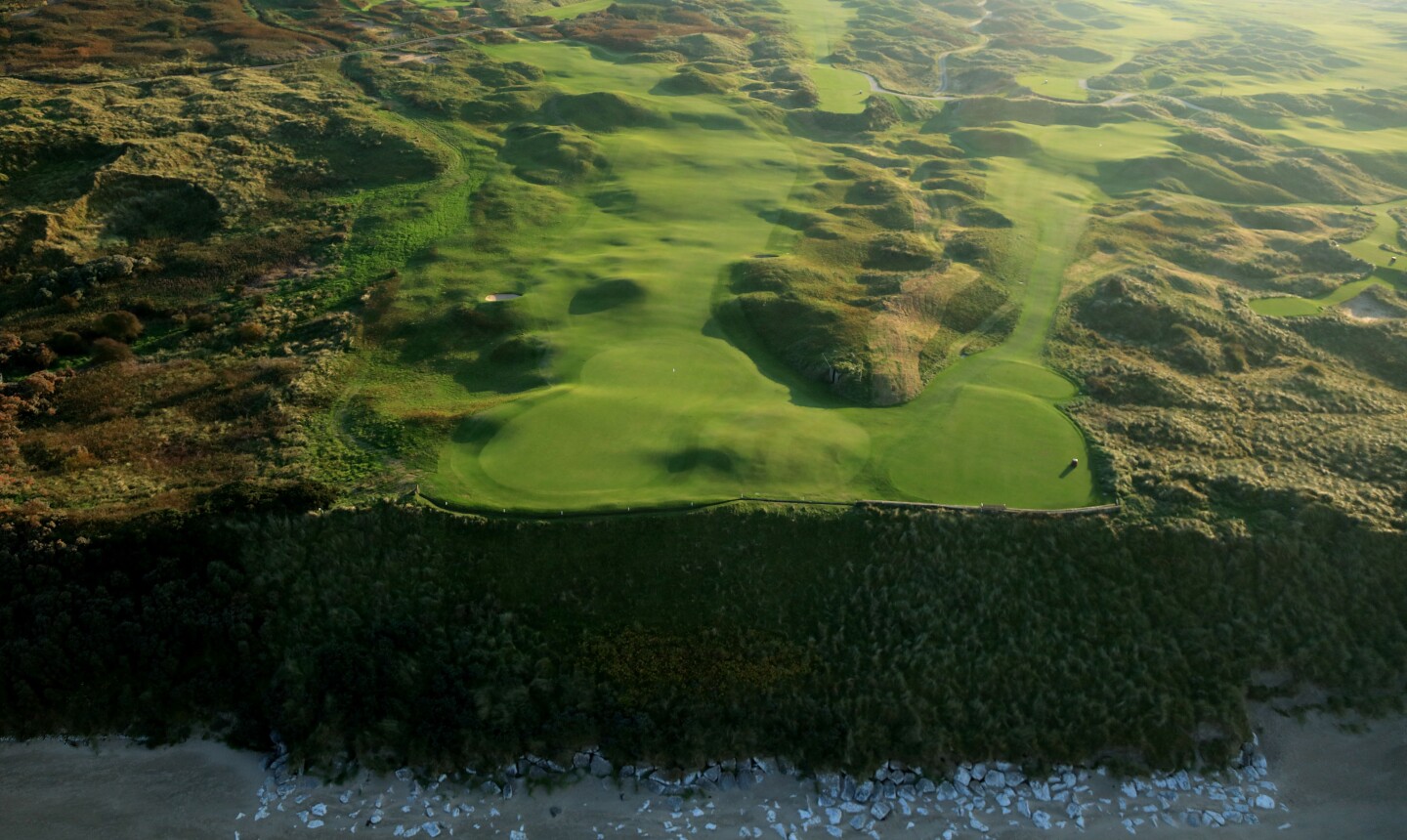 All eyes are on Northern Ireland's Royal Portrush in 2019. It's also one of the most popular trips to take this year. David Cannon/Getty Images 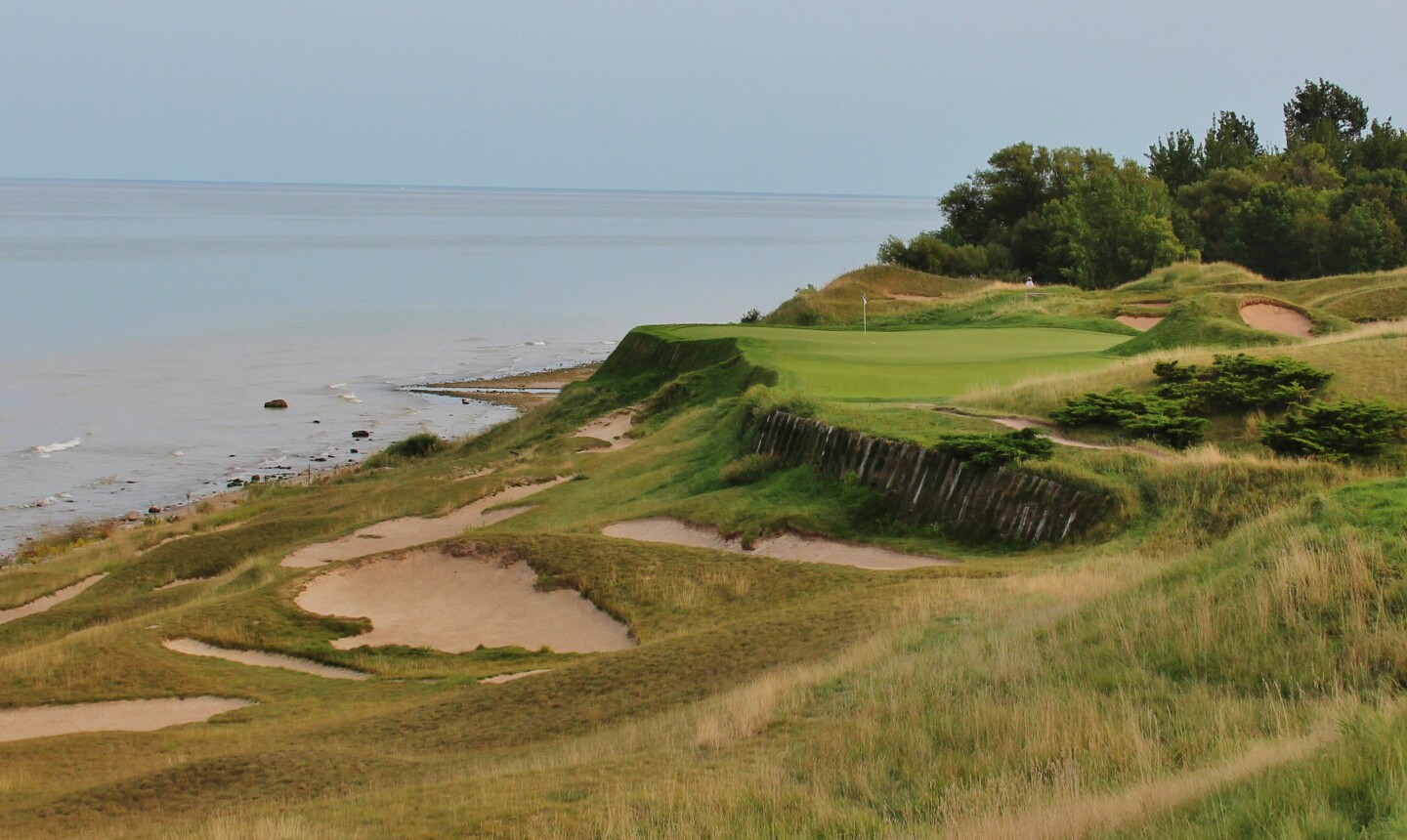 The Straits Course at Whistling Straits in Wisconsin has hosted three PGA Championships and the 2020 Ryder Cup is on tap. Jason Scott Deegan/Golf Advisor 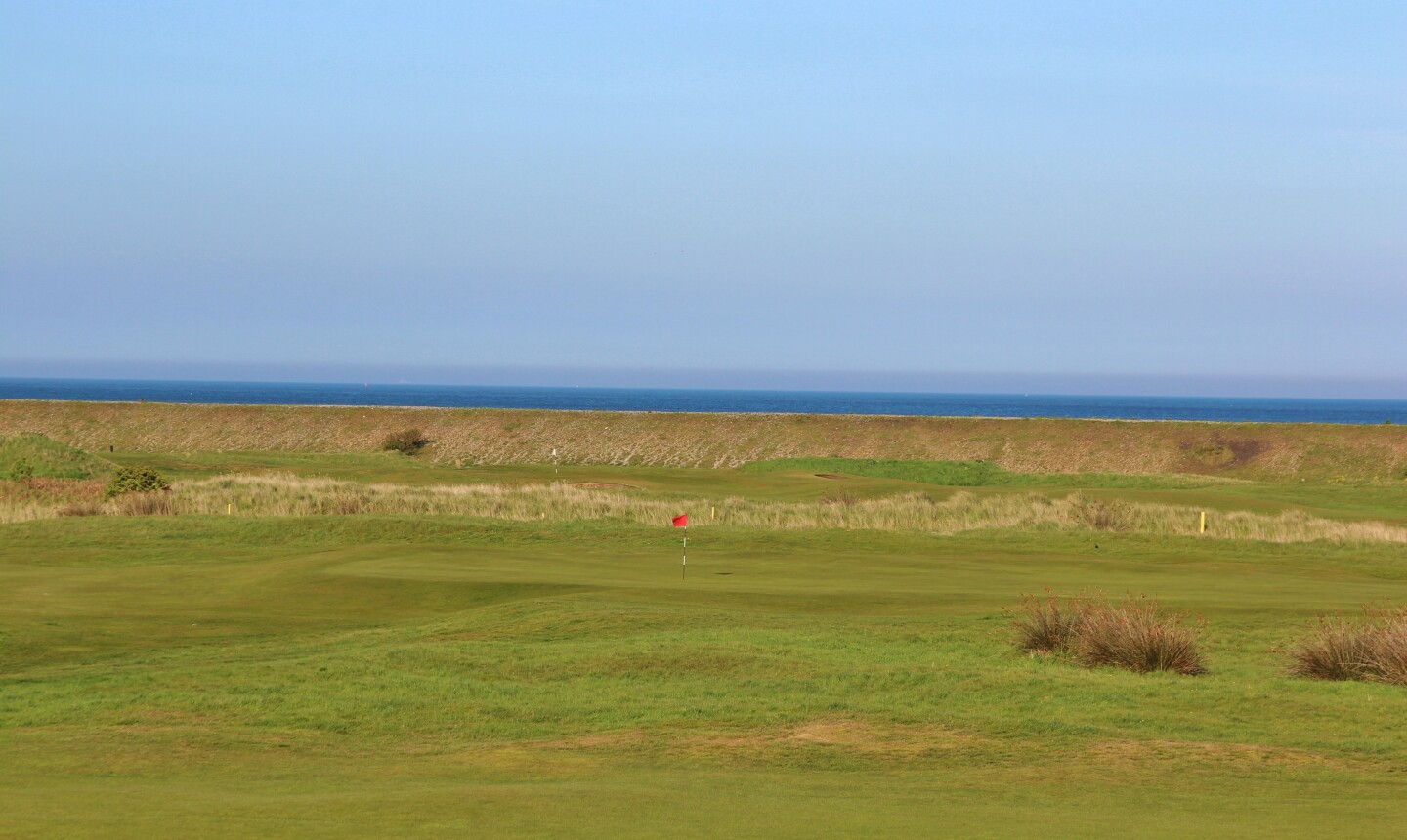 A large seawall along the shore blocks many of the water views at Royal Cinque Ports Golf Club, but it's necessary to protect the course from flooding. Jason Scott Deegan/Golf Advisor After the 10th green, Pebble Beach Golf Links turns inland until a return to the shore at no. 17. Jason Scott Deegan/Golf Advisor

When the first tee shot was struck at the 2017 U.S. Open, the Erin Hills Golf Course became the 32nd public-access course around the world (including the nine-hole Musselburgh Links in Scotland) to host a major championship.

Both the United States Golf Association, guardians of the U.S. Open, and the PGA of America, organizers of the PGA Championship, have made it a point to bring more public courses into their major championship rotations.

Wisconsin's Erin Hills is the sixth U.S. Open venue open to the public. TPC Harding Park, a municipal course in San Francisco, will become the 16th PGA Championship venue open to the public when it hosts the season's first major in 2020. Both organizations have used Pinehurst No. 2 and Pebble Beach Golf Links in the past. More cross-over occured when the 2019 PGA Championship invaded New York's Bethpage Black, host of rowdy U.S. Opens in 2002 and 2009.

The Open Championship offers the most democratic of all majors. All 14 of the R&A's venues are available to visitors willing to pay the green fee.

Here are the public major championship venues I'd like to play the most, ranked first through 32.

PGA Championships: 2004 (Vijay Singh), Martin Kaymer (2010), Jason Day (2015).
Comment: The PGA of America has taken ownership of Pete Dye's monsterpiece (half monster, half masterpiece) with 1,000-plus bunkers on Lake Michigan. The Straits will host the Ryder Cup in 2020.

Open Championship: 1951 (Max Faulkner).
Comment: The successful 2012 Irish Open essentially willed this adored links back onto the Open rota in 2019. A redesign by Martin Ebert removed the final two holes from the routing, adding a new par-5 seventh and par-4 eighth in the dunes. The ginormous bunker named "Big Nellie" lost from the 17th hole was duplicated in a similar spot on no. 7.

Open Championships: 1977 (Watson), 1994 (Nick Price), 1986 (Greg Norman), 2009 (Stewart Cink).
Comment: As much as I loved the old Turnberry - where I made an ace in 2013 - the new version after a partial redesign by Ebert is even better. The changes, bankrolled by owner Donald Trump with the blessing of the R&A, offer up more holes on the rocky coast and a stop at the famous lighthouse that now doubles as a halfway house with a two-bedroom suite upstairs.

U.S. Opens: 1999 (Payne Stewart), 2005 (Michael Campbell), 2014 (Kaymer)
PGA Championship: 1936 (Schute).
Comment: The 2013 restoration by Bill Coore and Ben Crenshaw reintroduced the native grasses and sandy waste areas along the fairways that was overrun by torturous rough over the years. Playing this Donald Ross original and its inverted-saucer-shaped greens has become fun again.

U.S. Opens: 2002 (Woods), 2009 (Lucas Glover).
Comment: The Black, originally designed by A.W. Tillinghast in 1936 and renovated by Rees Jones in 1997-98, is a ferocious test of golf famous for its sign at the first tee that reads: "Warning - The Black Course is an extremely difficult course which we recommend only for highly skilled golfers." They should call it Bethpage Black and Blue because it beats people up. After the 2019 PGA Championship comes the 2024 Ryder Cup.

U.S. Open: 2015.
Comment: During a controversial 2015 U.S. Open, pros griped about the wild greenside slopes and the inconsistent green speeds of this gorgeous faux links by Robert Trent Jones Jr. set in a former quarry along the Puget Sound. I've played it three times, and love it. I think you will, too.

Courses to play near Carnoustie, Scotland

U.S. Open: 2008 (Woods).
Comment: Woods has owned Torrey Pines, winning seven PGA Tour events in addition to his 14th major on one leg in 2008. Three-time champion Phil Mickelson regularly tore it up, too, until a redesign by Rees Jones in 2001 ruined his love affair. Getting a tee time to tour SoCal's coastal cliffs remains a tough get for non-residents.

U.S. Open: 2017.
Comment: The USGA became smitten with the grand scale of Erin Hills early on, consulting with architects Dr. Michael Hurdzan, Dana Fry and Ron Whitten, from the beginning. Tinkering was constant in the early days on the Irish-inspired, treeless site.

Open Championships: 1909 (John Henry Taylor), 1920 (George Duncan).
Comment: The links many call "Deal" lost Open Championships in 1938 and 1949 when a sea surge flooded the links. A large seawall built in the 1970s protects the layout but also stole some of its views of the water.

PGA Championship: 1987 (Larry Nelson).
Comment: This Nicklaus course is now more famous for its Bear Trap, a three-hole stretch that torments players during the PGA Tour's Honda Classic. It's a typical Florida golf course splashed with water and bunkers.

PGA Championship: 1924 (Hagen).
Comment: French Lick's Hill Course opened in 1917, then was renamed after a $5-million restoration in 2005. The 7,030-yard, par-70 layout currently takes a back seat to the resort's over-the-top, 8,000-yard Pete Dye Course, host of the 2010 PGA Professional National Championship and 2015 Senior PGA Championship.

PGA Championship: 1940 (Byron Nelson).
Comment: From atop the hill on the front lawn of Milton Hershey's estate — High Point Mansion - this par-73 course features a great view of this 'sweet' town. Its tree-lined fairways hosted the LPGA’s Lady Keystone Open for almost 20 years.

Round Trip Feature: Atlantic City is back!

PGA Championship: 1942 (Snead).
Comment: This major was played at Seaview Country Club, a layout dating to 1914 that consisted of holes and land now dispersed between the Bay and Pines Courses. A handful of architects, including Ross, have done work on the site. The scenic but short Bay Course at Seaview, a regular LPGA Tour stop, is favored by tourists. Locals gravitate to the tighter and more strategic holes of the Pines.

PGA Championship: 1938 (Paul Runyan).
Comment: In the era when the PGA Championship was determined by match play, Runyan dismantled Snead in the final, 8-and-7. Shawnee, originally designed by Tillinghast in 1911, features 24 holes located on an island in the middle of the Delaware River. It's a thrill hitting tee shots over the river on two fun par 3s.

PGA Championship: 1974 (Trevino).
Comment: Not only did Trevino win a major at this municipal course owned by Forsyth County, edging out Nicklaus and Snead. He also secured a bucket of cash by winning the Vantage Championship, a senior event held from 1987-2002 on the Robert Trent Jones Sr. design.

PGA Championship: 1926 (Hagen).
Comment: I had a chance to play the Red the last time I was on Long Island, but a flight home got in the way. The historic Devereux Emmet design, the only remnant remaining from an old private club, is a popular place for city dwellers looking for a game. Its reviews on Golf Advisor are all over the map.

PGA Championships: 1932 (Olin Dutra), 1954 (Chick Harbert).
Comment: This county-owned municipal course hosted dozens of top tournaments back in the day - the PGA Tour's St. Paul Open from 1930 to 1968; the 1949 Western Open and the LPGA Tour's Patty Berg Classic in the 1970s. A two-year renovation by architect Richard Mandell gave the classic parkland layout new life in 2014.

PGA Championship: 1927 (Walter Hagen).
Comment: Originally designed by A.W. Tillinghast in 1919, the 6,532-yard course underwent a significant renovation by D.A. Weibring/Golf Resources, Inc., in 2004. It continues to be a favorite of locals with its rolling terrain and tree-lined fairways.

PGA Championship: 1949 (Sam Snead).
Comment: A.W. Tillinghast designed this former private club for members of the Hermitage Country Club in 1917. The county bought it in 1977 and opened the muni to the public. Imagine playing a major championship venue with ties to Tillinghast and Donald Ross (who did a redesign in 1927) for slightly more than $2 a hole! Unfortunately, there is talk Henrico County might close the course.

Open Championship: 1874 (Mungo Park), 1877 (Jamie Anderson), 1880 (Ferguson), 1883 (Willie Fernie), 1886 (David Brown), 1889 (Willie Park Jr.).
Comment: The only reason I put it last is I've already played Musselburgh with hickory clubs back in 2013. It was great fun, but if I'm in magical East Lothian near so many great links on the seas, I'm going elsewhere. But if you haven't played it, you must tee it up on the reputed oldest golf course in the world. It's a playing history lesson through the town's horse track.

I vouch for the most affordable and unique of the public major venues: Scotland's Musselburgh. It's just 9 holes, played within in a horse race track, and best played with hickories. Isn't much more than 15 pounds for the loop. 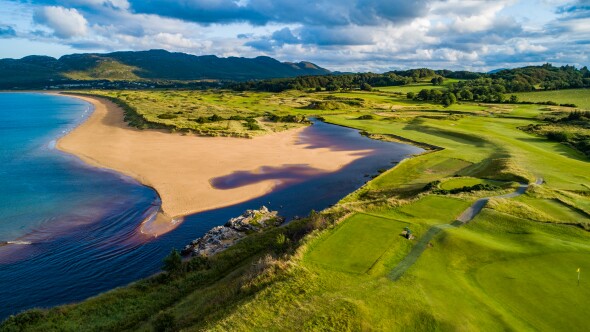 Articles
5 Min Read
Ireland's best bargain links
In honor of St. Patrick's Day, we look forward to the days when Ireland's most affordable links are open to American visitors again. 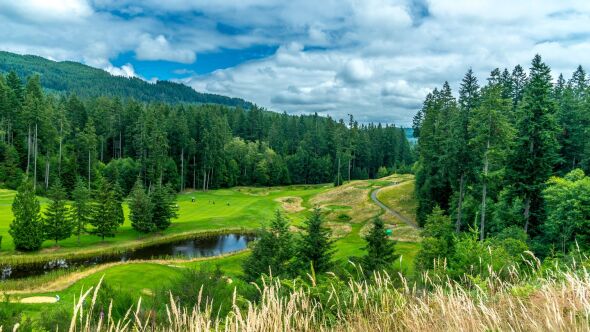 Articles
3 Min Read
Ask GolfPass: A Ryder Cup near Seattle?
A GolfPass member asks for a recommendation of courses near the famous Chambers Bay.

Articles
1 Min Read
Supporting a worthy cause by playing world-class golf courses is a Cool Golf Thing
Golf gives back yet again. 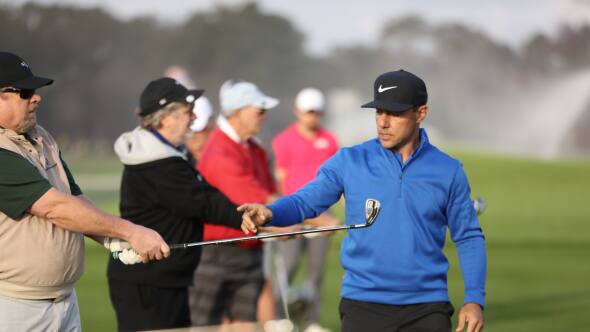 Articles
7 Min Read
Beginner Golf: Interested in golf lessons? Here are your options
Avoid bad habits in the beginning of your journey and your learning curve in this tough game will be a lot faster.

Kira K. Dixon
Lifestyle Correspondent
Now Reading
Play the 32 major championship venues open to the public
New Cookie Policy
WE AND OUR PARTNERS USE COOKIES ON THIS SITE TO IMPROVE OUR SERVICE, PERFORM ANALYTICS, PERSONALIZE ADVERTISING, MEASURE ADVERTISING PERFORMANCE, AND REMEMBER WEBSITE PREFERENCES. BY USING THE SITE, YOU CONSENT TO THESE COOKIES. FOR MORE INFORMATION ON COOKIES INCLUDING HOW TO MANAGE YOUR CONSENT VISIT OUR COOKIE POLICY.
CONTINUE
Search Near Me