Inside The Caddyshack (part 1): A guide to every U.S. public and resort golf course offering caddies 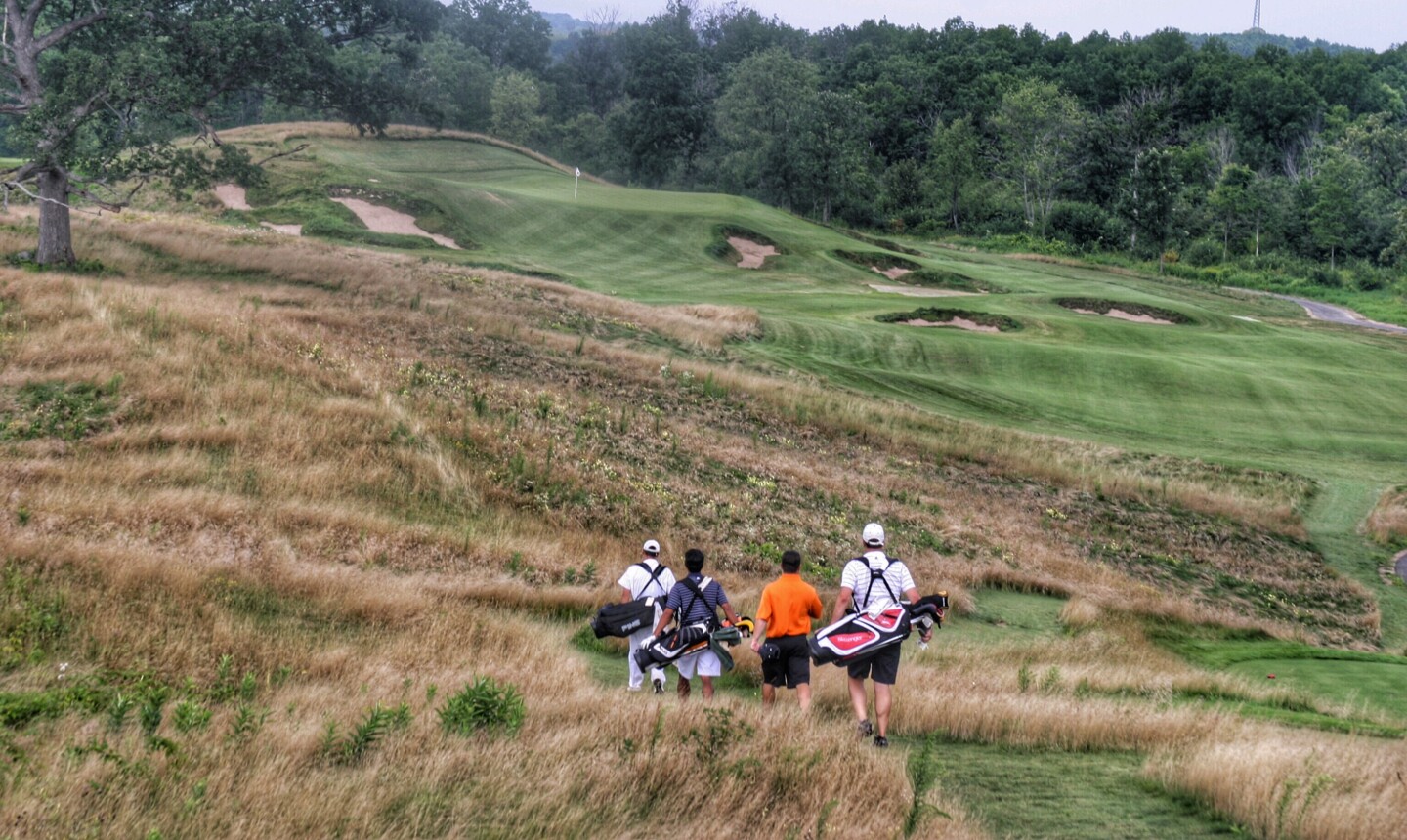 You'll certainly appreciate the help of a caddie at Erin Hills, site of the 2017 U.S. Open. Jason Scott Deegan/Golf Advisor 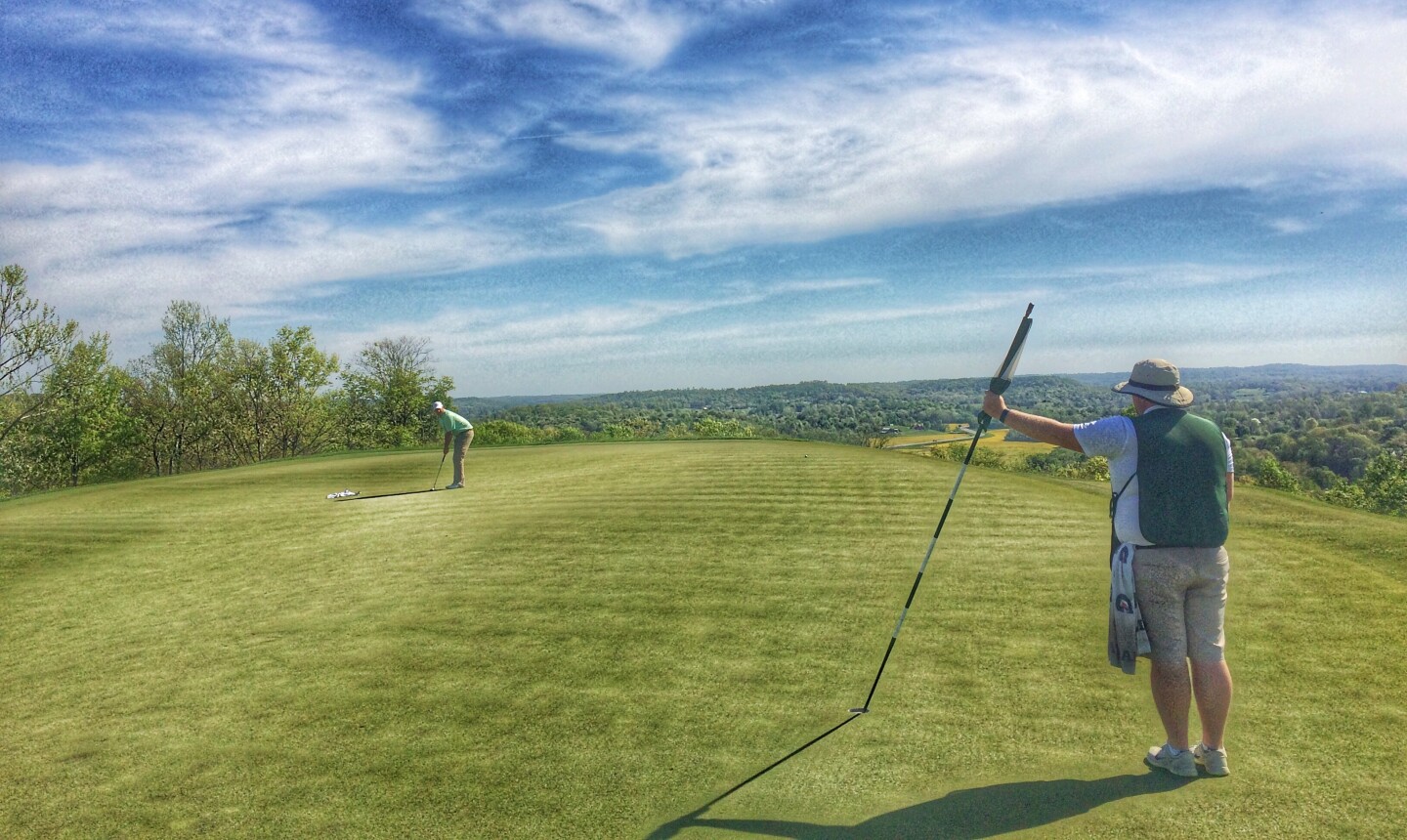 You can take a walking caddie or forecaddie on the Dye Course at French Lick. Brandon Tucker/Golf Advisor

Some of my all-time favorite rounds of golf have been because of the caddies leading my foursome.

Golf is hard enough. It's nice to have someone on your side, fighting the good fight together. Caddies help pick the proper club and the best line off the tee. They'll read your putts, rake your bunkers and heaven forbid, find that ball you just jacked into the forest. And when that happens, they just might crack the right joke to keep you from snapping that driver in half.

Caddies aren't just for private clubs anymore. They've gone mainstream into the public domain. Many of America's best public and resort courses now offer them. And it's not just an expected service in exotic, warm-weather destinations like California, Arizona and Florida, either. Forest Dunes in Michigan, SentryWorld in Wisconsin and Madden's on Gull Lake in Minnesota are among the handful of courses that have added caddies within the last several years. It's true that caddie programs at private clubs have shrunk over the last decade, but being a career caddie or someone who wants to make a few extra bucks caddying on the side is on the upswing.

CaddieMaster, a Ponte Vedra Beach, Fla.-based business acquired in 2015 by Arizona's Troon Golf, supplies caddies to more than 50 public and private golf clubs, roughly half of them public-accessible courses. Those public numbers are higher than five years ago and "way up" from a decade ago, according to a spokesman from Troon Golf, the world's largest golf operator.

Other similar services are already doing well in individual markets: CaddieWalk in the North Carolina Sandhills and Premier Caddie in southern California. Both are talked about more in part 2 of this story.

Even the ladies are getting in on the action. The Caddy Girls started in Myrtle Beach, S.C., and have done well enough to expand to other cities after being seen on the TV show, 'Shark Tank'. It has competition from the CaddyChicks and other outfits, such as The Platinum Tees - available in San Diego, Los Angeles, Las Vegas and Scottsdale - and the CaddyMates in Las Vegas. Kilt-wearing female caddies from the re-branded Thee DH Caddy Club call the Azalea Sands Golf Club in North Myrtle Beach, S.C. home. I used a female caddie once in Las Vegas, a hotbed of pretty dancers, models and performers who keep day jobs as caddies. It felt a bit cheesy with all the flirting and bad jokes about balls and shafts, but mostly, it was good, clean fun. I can see why a bachelor party or a group of guys would book a nice-looking lady over a green-reading male savant.

With so many public-accessible courses offering caddies these days, I attempted to break the data down into meaningful categories: Caddies found at walking-only resorts, courses that require mandatory caddies year-round and peak season only, courses that offer junior/student caddies only, states with only one facility offering caddies and other random facilities I couldn't lump into any other genre. Click here to read Part 2 of the story, profiling the 10 destinations with the most public-access courses offering caddies.

I've even added a 'Worth It? Rating' in both stories, detailing the courses where I think caddies will be most useful. Between part 1 and part 2, this is, without a doubt, the ultimate guide for public golfers who love the caddie experience:

Where: Sand Valley Golf Resort, Nekoosa, Wis. Irish and Straits courses at Whistling Straits, Haven, Wis. Erin Hills Golf Course, Hartford, Wis. Bethpage Black, Farmingdale, N.Y. Chambers Bay, University Place, Wash. Bandon Dunes, Pacific Dunes, Old Macdonald, Bandon Preserve and Bandon Trails at Bandon Dunes Golf Resort, Bandon, Ore. Ocean course at Kiawah Island Golf Resort, Kiawah Island, S.C. Red and Blue courses at Streamsong Resort, Bowling Green, Fla. Black course at The Loop and Red course at The Loop at Forest Dunes Golf Club, Roscommon, Mich.
Comment: The late 1990s essentially changed public golf in America forever. In 1998, Whistling Straits debuted its Straits course, Pete Dye's faux links on the shores of Lake Michigan that has already hosted three PGA Championships. At the same time, Bethpage Black on New York's Long Island was being re-engineered by Rees Jones to gear up for U.S. Opens in 2002 and 2009. The following year in 1999, Bandon Dunes was the first course at Bandon Dunes Golf Resort to introduce links golf on the Oregon coast. The model for the walking-only public golf course was born. The concept has gone bonkers. Expansion at Bandon Dunes, already with 85-plus holes, seems inevitable. Walking-only courses at Erin Hills Golf Course (2006) in Wisconsin and Chambers Bay (2007) in Washington are now U.S. Open venues. The latest edition to the walking-only club, Sand Valley Golf Resort in Wisconsin, has a Bill Coore/Ben Crenshaw course ready for play this summer and a David McLay Kidd course in the works for 2018. Golfers who tee off before noon on Kiawah's Ocean course must walk, a policy that doesn't extend to the resort's other courses: Cougar Point, Oak Point, Turtle Point and Osprey Point (although caddies are available at all five). The Straits course at Whistling Straits is the only one listed where taking a caddie is mandatory. Streamsong, which will debut the Black course by Gil Hanse this fall, is walking-only in peak season (January-April 15) and at certain times in the mornings in other months. Tom Doak's reversible and walkable course, The Loop in northern Michigan, has been a hit since debuting last year.
Worth it? Rating:: Highly recommended for all of them.

Where: Cantigny Golf, Wheaton, Ill. No. 1, No. 2, No. 3 and No. 4 (Dubsdread) courses at Cog Hill Golf & Country Club, Lemont, Ill. CommonGround Golf Course, Aurora, Colo.
Comment: CommonGround, home of the Colorado Golf Association, founded its Solich Caddie & Leadership Academy in 2012 to develop leadership skills and enhance character in underprivileged children. The young caddies begin training in the two-year program the summer after eighth grade. They are free for any golfer to use. Afterward, they are placed in a private club in the Denver area. Cantigny's caddies, ranging from ages 14 to 21, are almost as affordable at $25 plus tip. Caddies at Cog Hill, a former PGA Tour venue, are also students ages 14 to 21 trying to win a coveted Chick Evans Caddie Scholarship through the Western Golf Association.
Worth it? Rating: Dubsdread at Cog Hill, CommonGround, Cantigny.

States with one public-accessible caddie program

More courses with caddies not mentioned yet

Click here to see part 2 of this series, featuring the 10 best U.S. destinations that offer caddies at public-access courses

Since the 2 years you have written this article, has there been any additions or subtractions? Also a suggestion: It would really be nice when you rewrite this article, that you make a list vertically of the Caddie Golf courses, rather than in paragraph form. It would be a whole lot easier to find the state and the golf course. Thanks

Does anyone have a good caddy in Cedar Rapids Iowa who can loop for me during the USGA Sr. Women's Amateur? Thank you (4 day minimum of work)

Enjoyed the article very much. Do you have any caddies you can recommend in San Francisco, CA and Calsbad, CA.? 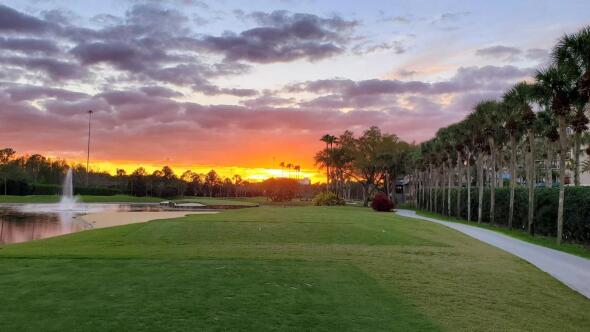 Photo Galleries
21 Images
March 2021: Photos of the Month
Palm trees, desert, crocs and gators are all a big part of the winter golf scene.

Kira K. Dixon
Lifestyle Correspondent
Now Reading
Inside The Caddyshack (part 1): A guide to every U.S. public and resort golf course offering caddies
New Cookie Policy
WE AND OUR PARTNERS USE COOKIES ON THIS SITE TO IMPROVE OUR SERVICE, PERFORM ANALYTICS, PERSONALIZE ADVERTISING, MEASURE ADVERTISING PERFORMANCE, AND REMEMBER WEBSITE PREFERENCES. BY USING THE SITE, YOU CONSENT TO THESE COOKIES. FOR MORE INFORMATION ON COOKIES INCLUDING HOW TO MANAGE YOUR CONSENT VISIT OUR COOKIE POLICY.
CONTINUE
Search Near Me