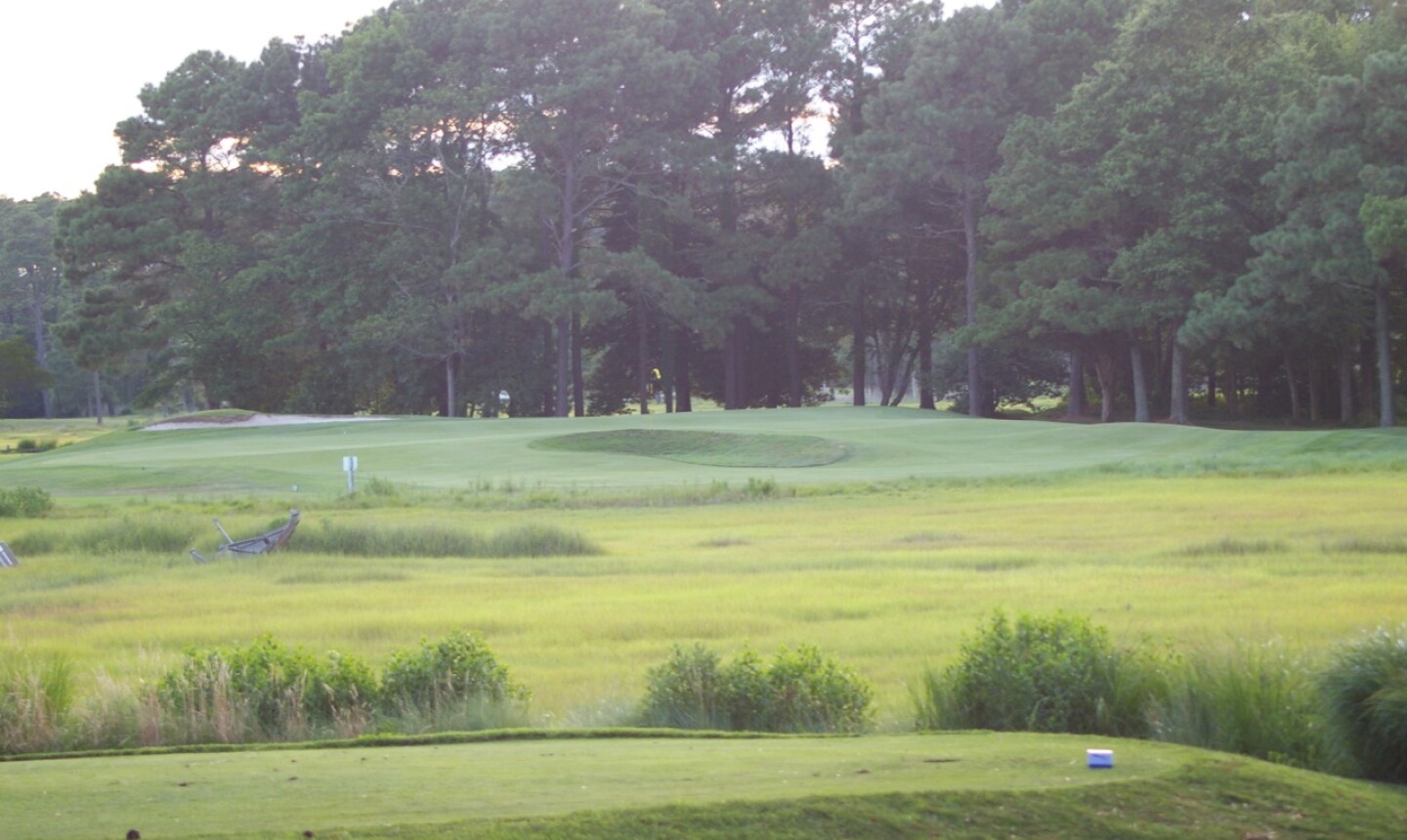 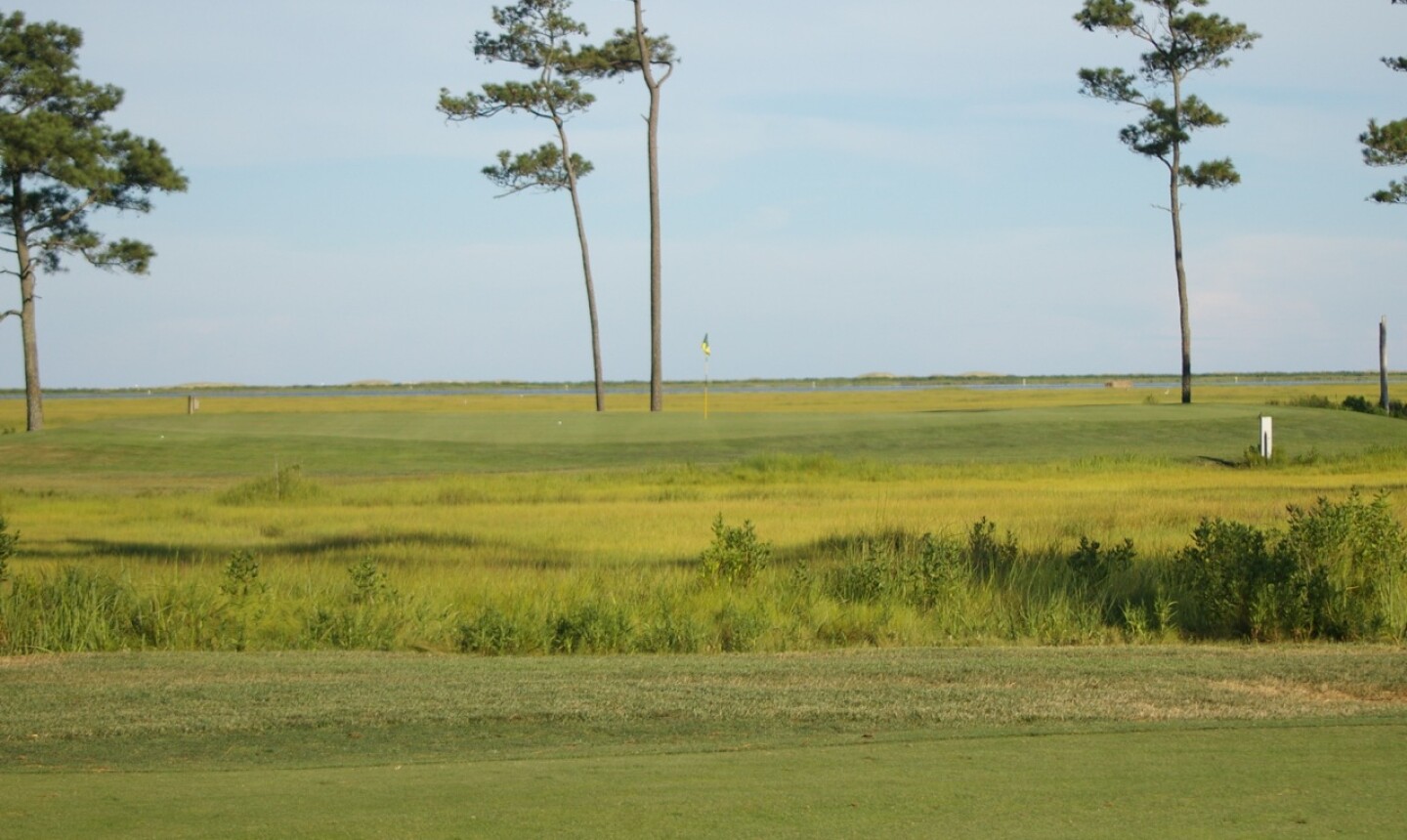 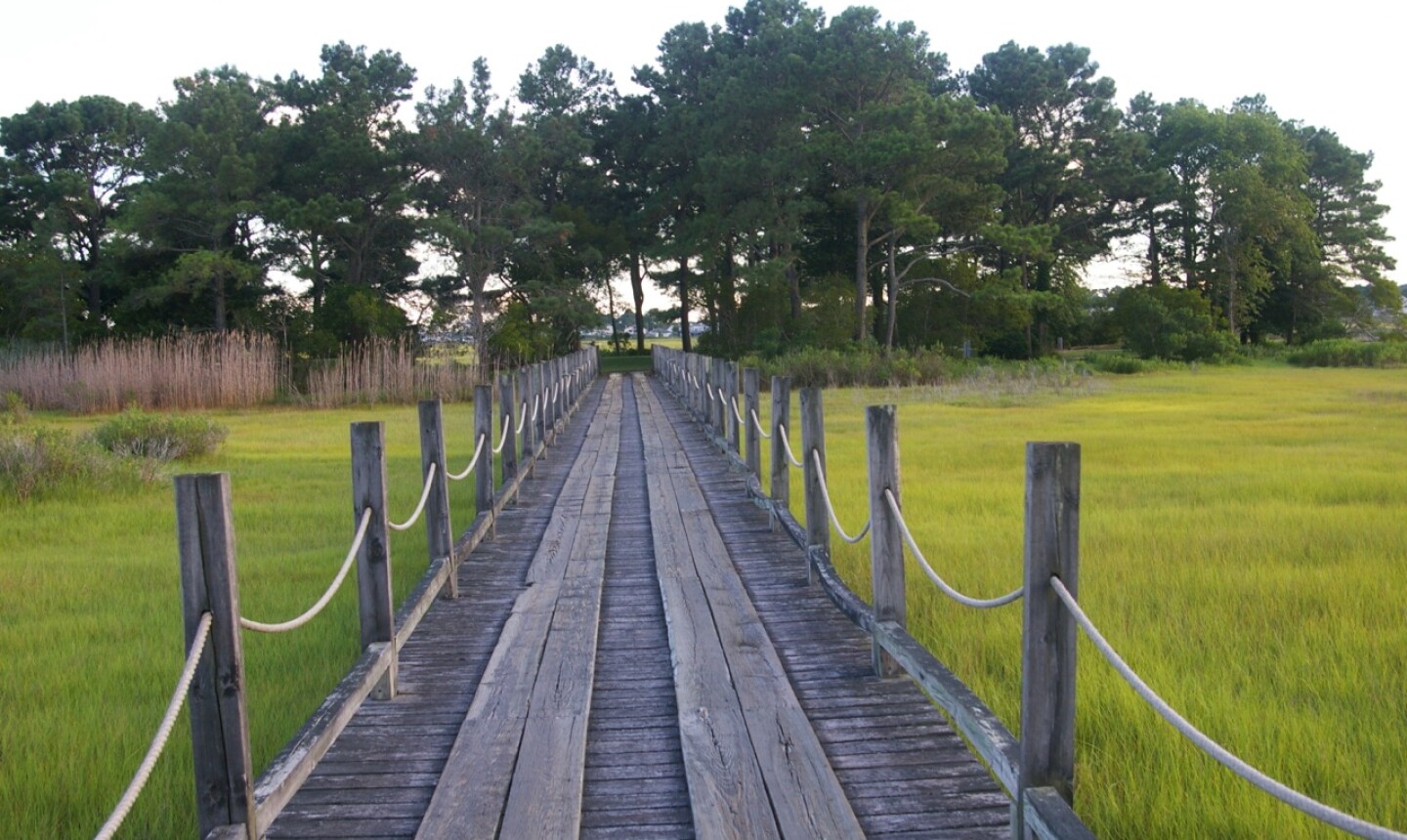 OCEAN CITY, Md. -- Playing at Eagle's Landing Golf Course can be a singular experience, especially when riding over marshland between holes. The only noise is the clatter of the cart bridge as you roll from green to tee, checking out the sunset, the wildlife or another unique view of one of the extraordinary holes.

On a particular Friday afternoon, however, the solitude was disturbed on the 13th hole, which runs along an RV campground. Led Zeppelin's "Houses of the Holy" was a reminder that this indeed is bustling Ocean City, Md. Only so much peace can be had in a resort that swells to 325,000 beachgoers on a typical summer weekend.

There's an angel on my shoulder, in my mind a sword of gold. Let me wander in your garden, and the seeds of love I'll sow.

If there ever was a setting where lyrics such as these could sound sublime, it is Eagle's Landing.

Led Zeppelin and all, Eagle's Landing is a rare experience. When it was opened in 1991, during the daily-fee explosion, the course was a revelation -- a reasonably-priced muni that felt upscale. A generation later, Eagle's Landing has gracefully bettered with age.

While the clubhouse is still more a low-budget snack-bar, appropriately named the Caddyshack Café, the course remains spectacular. Other more ambitious public courses have been built near Ocean City, but Eagle's Landing still delivers close to as much for much less.

After six straightforward parkland holes, which start along Ocean City Airport, players cross Eagle's Nest Road and enter another environment full of desolation and thrills. No. 7, a par-5 dogleg left has two intimidating shots over swampland -- one from the tee, the other on the approach to an island plunked in the middle of a marsh. The yardage suggests a hole that can be conquered in two shots, but the best course of action is long-iron, mid-iron, wedge, two-putt, inhale, exhale.

The seventh is one of several holes that traverse Eagle's Landing's rare variety of ecosystems, including freshwater ponds, salt marshes, native and naturalized grasslands, and a tidal pool between the first and final holes of the back nine.

When Dr. Michael Hurzdan designed Eagle's Landing, his marching orders were to preserve the environment, same for his only other effort in Maryland in a vastly different setting, rugged Little Bennett Golf Course in Clarksburg, where Montgomery County's rigid regulatory process made building the course a challenge. In both cases, Hurzdan built dramatic courses that commune, rather than compete, with their surroundings.

"A truly great golf course must either enhance the natural habitat or create a new environmentally sound one," Hurzdan has written. "The more we harmonize natural surroundings into a golf course, the more aesthetic and memorable it will be."

With all of the hazards, big numbers are always in play at Eagle's Landing. Still, it remains a moderate test at 7,003 yards, with a rating of 73.6 and a slope of 129 from the tips. Those who control their tee shots and heed the GPS can score here. Unless the wind is blowing, holding the Bermuda fairways and bent grass greens isn't as difficult as it may appear.

The par 3s at Eagle's Landing are spectacular. No. 8 is a secluded gem, with trees framing a beautiful green site. No. 12 plays deceptively over a sprawling, diagonal bunker. No. 17, the longest par 3 at 207 yards, is all carry over marshland to a wide green.

The signature 18th is plopped in the middle of a salt marsh, surrounded on all sides by saltmeadow cordgrass and appropriately dubbed the "Beast of the East." Hopefully your round has gone well enough to enjoy the dramatic setting.

But even if you deposit a ball or two in the cordgrass, it's worthwhile to disengage, take a peek in all directions and enjoy what makes Eagle's Landing memorable.

Kevin Dunleavy
Kevin Dunleavy is a longtime resident of northern Virginia, a graduate of George Mason University, an award-winning reporter covering golf, colleges, and other sports for the Washington Examiner, and a single-digit handicap still seeking his elusive first hole-in-one. Follow Kevin on Twitter at @KDunleavy.
0 Comments
More from the author