The golden age of golf merch

From brand collaborations to limited drops to resort pro shops, there has never been more variety in apparel and accessories for golfers to choose from.

Have you heard? Golf is cool now.

The game is, as the kids say, having a moment. When initial COVID shutdowns happened in early 2020, golf emerged as one of the only safe outdoor activities. Otherwise stuck at home both from work and from their normal activities, avid golfers played more rounds than ever, casual golfers got way into it and even some of the previously uninitiated got interested, then hopelessly hooked, as tends to happen.

The combined rapid-speed awakening of fringe golfers and the embrace of brand-new ones in the last two and a half years has brought people with valuable fresh perspectives and diverse backgrounds into golf to move the game's culture - which has traditionally lagged decades behind - forward.

Set-in-their-ways golfers may grumble about the proliferation of jogger pants and hooded sweatshirts on the PGA Tour and at the local muni until they're blue in the face - those fashions are not going anywhere. Prior generations may have been cowed into leaving their more casual (and, to them at least, comfortable) clothes at home when they went with Grandpa to the golf course, but Millennials and Gen Z don't like to take "No" for an answer, and are instinctively quick to challenge the entrenched "just because" order of things. I have seen more athleisure-type wear at the golf course in the last couple of years than I did my entire life prior.

Is this something you’re doing/seeing more often as well? pic.twitter.com/7jDPbt4GeH

Golfers have always loved, for lack of a better term, stuff. We tend to hoard old tees, scorecards, matchbooks and all the knickknacks one can accrue on and around a golf course. As the younger generations have grown up, gotten jobs and found themselves with some disposable income, they are increasingly driving the innovation and diversification of the golf stuff industry. As a result, golfers have never had such a bounty of interesting items to help them express their love - be it newfound or long-ingrained - for the game.

The 'Golden Age' of golf merch is upon us

"Merch" is a quintessential 21st-century term. "Merchandise" is what uncool corporations have tried for years to push on your parents. "Merch" is new, it's exciting, it's cool and, of crucial importance to some, potentially precious.

One crucial aspect of golf's light-speed merch evolution has been the adoption of the limited-merch-drop strategy by many hip golf brands ("hip golf" is no longer an oxymoron!). Several companies have followed in the footsteps of Nike and their famously lucrative small-batch sneaker drops, which have raised footwear onto a pedestal alongside fine art in many circles; and Supreme, which has turned streetwear from a cheap and casual clothing genre into something that many people put at or near the apex of high-fashion.

Limited-release equipment is not necessarily new to golf - just ask any Scotty Cameron putter collector with tens of thousands of dollars in German Stainless Steel in his man-cave - but its recent proliferation has been fascinating to witness.

One of the brands that has emerged as Supreme-like when it comes to golf merch is Chicago-based SWAG Golf, started by avid Scotty Cameron collector Nick Venson. Peruse their online storefront and nearly every single product image has the words "NEW" and "SOLD OUT" plastered across it. Unless you're in the know, you're likely to get shut out when the next drop comes around unless you're willing to pay dearly later on. A fellow golf writer I know has been following SWAG since they started, and told me the secondary market for certain prior limited-run items is red-hot. He told me he has made $15,000 on the SWAG headcovers he's bought and later sold. At one point during a recent trip we were on together, he just missed out on the brand's latest drop, which sold out in less than a minute.

When I visited Nebraska to play the brand-new Landmand Golf Club, several of the club's members I met - Millennials and Gen X, mostly - were showing off colorful, offbeat SWAG club covers, too. A couple of them were even ribbing a fellow enthusiast over how deep his obsession ran. It seemed an odd juxtaposition at first - neon-colored, skull-covered headcovers here, thousands of acres of corn and soybean fields over there. But Landmand and SWAG are kindred spirits: upstart entities with wild exuberance that have recruited committed followings.

Seamus Golf - This Oregon-based brand was at the cutting edge of the recent merch movement in golf. Their plaid headcovers appeal to traditionalists, but they've shown great creativity and willingness to try other looks.

Sugarloaf Social Club - Founded by golf buddies from Rollins College near Orlando and named for a no-longer-existent golf course, SSC is equal parts influencer/creator source, golfing society and limited-drop apparel and accessories brand. Members of the club recently bought a ramshackle course in upstate New York, which they plan to rechristen the Sugarloaf Field Club.

Malbon Golf - In addition to their own apparel like shirts and hats, this SoCal brand is big on collaborations with other brands, including New Balance (golf shoes) and Jones (golf bags). Like practically all up-and-coming merch brands, they're prolific on Instagram.

Landmand is one of many golf courses whose operators understand the power of their own merch as a marketing exercise. Hats and shirts with the course's distinctive L and corncob logo were being sold a year or more before the Landmand opened, generating valuable advance buzz in physical form for a course that has impressed members and guests alike in its few first months of life. Now, Landmand's cozy pro shop is packed with dozens of combinations of logoed hats logoed shirts, logoed metal tumblers and all sorts of accessories. The days of modest selection are over. Another clever side of the strategy: you can buy a lot of their merch online.

Municipal golf courses are getting wise, too. Tony Martinez, the head pro at Dallas' Keeton Park Golf Course, has infused his pro shop with a dose of skate and streetwear, because it's what makes a significant portion of his local clientele comfortable. At my own home course, Sandridge Golf Club in Vero Beach, Fla., plenty of fishing- and boating-inspired brands and items mix with straight-ahead golf stuff as a nod to area residents' love of the water. Head pro Bela Nagy was named the local PGA section's merchandiser of the year in 2017.

The rise of creative and interesting golf merch is not limited to small batches and scrappy, lesser-known courses. It's gone mainstream. One world-renowned property whose merch game is particularly strong is Pinehurst Resort. Pinehurst throws away the old notion that brands should stick to a single logo or singular aesthetic in order to bind people to them. Pinehurst's main pro shop is one of the best I've ever seen for product choice and diversity. Traditionalists can get their fill of the classic Putterboy logo, while younger golfers can find hats with big block lettering popularized by brands like GFORE. Several of Pinehurst's individual courses have their own logos, which appear on on-course items like flags and scorecards, as well as typical pro shop fare. This has the effect of making one of America's biggest golf resort feel like several distinct experiences in one: a choose-your-own-merch-adventure. Even the Cradle Crossing, Pinehurst's short course's bustling cocktail stand, has its own ball markers and divot tools.

Pinehurst's golf-tee game is incomparable. As someone who has accrued thousands more wooden pegs than he'll ever hope to use, but still grabs a handful anytime they're available, I was amazed at how many different golf tees one can find at Pinehurst, not just for the resort but for individual courses like No. 2, No. 4 and The Cradle. Even the resort's lodgings have their own logoed wooden tees. I stayed in The Carolina Hotel, whose classy red-and-white striped tees have floated around my golf bag since the summer. Making these freebies available to golfers is smart marketing; anytime one is left behind at another course, it serves as a tiny billboard for the resort.

This golden age of golf merch has influenced the game's major institutions as well. The USGA's branding has been updated of late and its merchandising of the U.S. Open has grown more diversified in recent years.

In addition to bringing more people to golf, the COVID pandemic has made most wardrobes more casual both for work and golf, which has expanded consumers' perspectives on what sorts of brands and apparel types mesh with a golf lifestyle. The USGA is in tune with this shift. "Some of the things that we're seeing are less golf and a little bit more retail," said Mary Lopuszynski, the USGA's director of licensing and merchandising for more 29 years. This dissolution of the distinction between apparel and non-golf apparel has put the game's aesthetic more directly in conversation with the mainstream than most insiders would have thought possible a few years ago.

Expect 2023 to be another step in that evolution as the U.S. Open comes to Los Angeles Country Club in June. The USGA will have 37,000 square feet at their disposal and a new corporate partnership with Peter Millar underway. Peter Millar also owns GFORE, which makes well-regarded golf shoes, apparel and is largely responsible for the large block-lettered golf hats you've probably seen proliferating. "It's great for us this year because they're based in L.A.," Lopuszynski said. "So it's a home game for them and they do some really cool product."

The USGA works with more niche golf brands and creators than ever before, from Portland, Ore.-based Seamus Golf to artist Lee Wybranski, who has created each U.S. Open's official poster since 2008. They have also dabbled in limited merch drops within their retail spaces, leaning on each year's unique championship logo. One particular 2022 U.S. Open trinket from The Country Club in Brookline, Mass. was a particular hit.

"We did these little ceramic yellow squirrels and we were going to do 122 of them because it was the 122nd U.S. Open [in 2022]," Lopuszynski said. "And they were gone by Thursday."

What new golf merch and brands do you have your eye on? Let us know your favorites in the comments below. 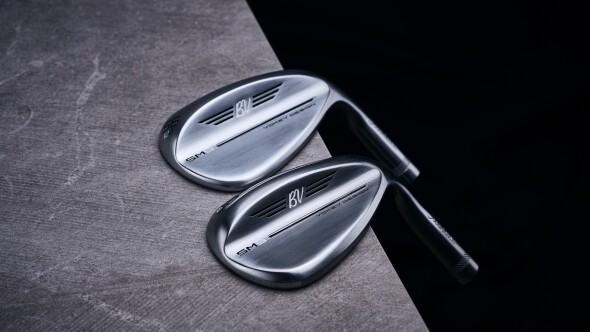 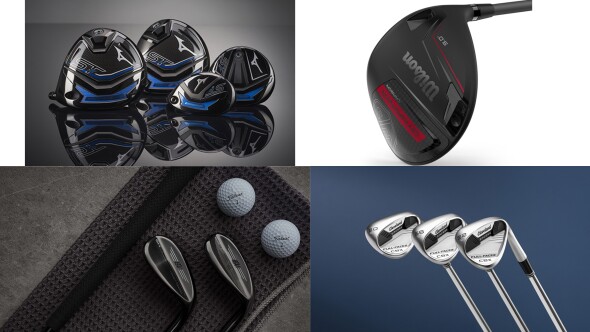