Game is holding steady in golfers and rounds played, but young golfers are on the rise.

It’s too bad golf is a business. The game is so much fun and such a getaway from everyday life that most folks who play it needn’t worry about it as an industry.

Good thing they don’t. It turns out, as the latest report from the National Golf Foundation shows, that the game has stalled in terms of popularity but demonstrates some crucial evidence of potential growth.

“Golf Participation in the U.S.: 2019 Edition” is the latest study by the Jupiter, Fla.-based NGF. The short version of its 18 pages of text, graphs and charts is that the game is holding steady in terms of numbers of players and numbers of rounds they play. The year 2018 saw 24.2 million U.S. golfers play 432 million rounds. Those numbers are neither cause for alarm nor reason for joy, but they at least represent a flattening out of the secular decline that has afflicted the industry for more than the last decade.

Junior golf, especially among young women, is thriving. The game is particularly strong among highly educated Caucasians with an average household income of $100,000-plus. No surprise there. 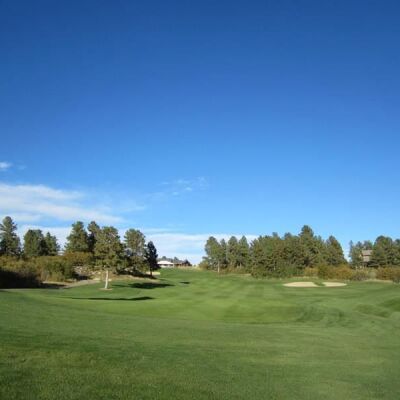 Articles
Gavrich: Why Golf Courses Should Offer Millennial Discounts, Too

The NGF likes to point out the potential grow-the-game initiatives among an estimated 23 million people who have experienced the game off-course via practice ranges, simulators and entertainment venues such as Topgolf and Drive Shack. The NGF has further identified some 14.7 million non-golfers who claim, via various self-identification consumer surveys, that they are “very interested” in golf. It remains to be seen whether such claims merit designation as evidence, as the NGF claims, of “latent demand.” That’s one of those very shaky marketing categories.

The most revealing data points in the NGF’s study have to do with who plays golf and who doesn’t. On average, 8.1 percent of all U.S. residents over the age of six play golf with some frequency. But there’s a dramatic demographic divide when it comes to non-Caucasians, among whom the comparable participation rate is less than half – only 3.7 percent. Without in any way purporting to explain why this is the case, the consequences are considerable for the industry and its future. Non-Caucasians form 18 percent of all U.S. golfers but 33 percent of the population.

One other demographic about which the NGF is revealing has to do with climate and geography. Consider the participation rate by region. The Southern-oriented regions that arc from Texas through Florida and up to DelMarVa have a combined participation rate of 7 percent. Compare this to the northern stretch from the Dakotas and the Midwest across to the Northeast, where the participation rate is 9 percent. It’s enough to make you wonder whether climate change and rising average temperatures, even marginally, might have an effect on the rate of play.

All of this is of primary interest to anyone who operates a golf course. But even for the casual golfer who prefers to play the game without including a ledger book in his or her equipment, the data are important.

A healthy game means vibrant, thriving golf courses that compete with each other to attract golfers. If the game declines, or continues to slide slowly year to year, we’ll see more course closings, declining maintenance standards for the sake of cost-cutting and compromises in basic services. Green fees might drop – to the benefit of daily-fee golfers. But that strategy can only work short term. What this latest NGF report presents is evidence of the challenge ahead.

The best thing everyday golfers can do after reading this report? Introduce a friend, family member or neighbor to the game and bring them out to the golf course.

1. Ending senior rates would only reduce M-F AM play. Seniors are already subjected to a barrage of medical and prescription drug costs, cutting into their disposable income. 2. In your previous discussion on course closures you mentioned potential course closings and Hiawatha Golf Course in Mpls.. being at risk.This city course was the site of the Bronze Open for years. This national minority championship was a major event, featuring such competitors as Joe Louis and Charles Sifford.

Two thoughts
1) Cities are considering plowing under their golf courses that only reduce opportunities for minorities living in cities. Make your own conclusions.

2) on the anecdotal side: I live in a adrenaline sport fueled location. Young athletes are taking up golf as a relief from high injury sports. Golf provides challenge while resting and healing from those high physical demand activities? Cost is an issue.

Kira K. Dixon
Lifestyle Correspondent
Now Reading
Latest NGF report shows evidence of potential growth
New Cookie Policy
WE AND OUR PARTNERS USE COOKIES ON THIS SITE TO IMPROVE OUR SERVICE, PERFORM ANALYTICS, PERSONALIZE ADVERTISING, MEASURE ADVERTISING PERFORMANCE, AND REMEMBER WEBSITE PREFERENCES. BY USING THE SITE, YOU CONSENT TO THESE COOKIES. FOR MORE INFORMATION ON COOKIES INCLUDING HOW TO MANAGE YOUR CONSENT VISIT OUR COOKIE POLICY.
CONTINUE
Search Near Me