North Berwick Golf Club: Influential links are as historic and exciting as it gets in Scotland 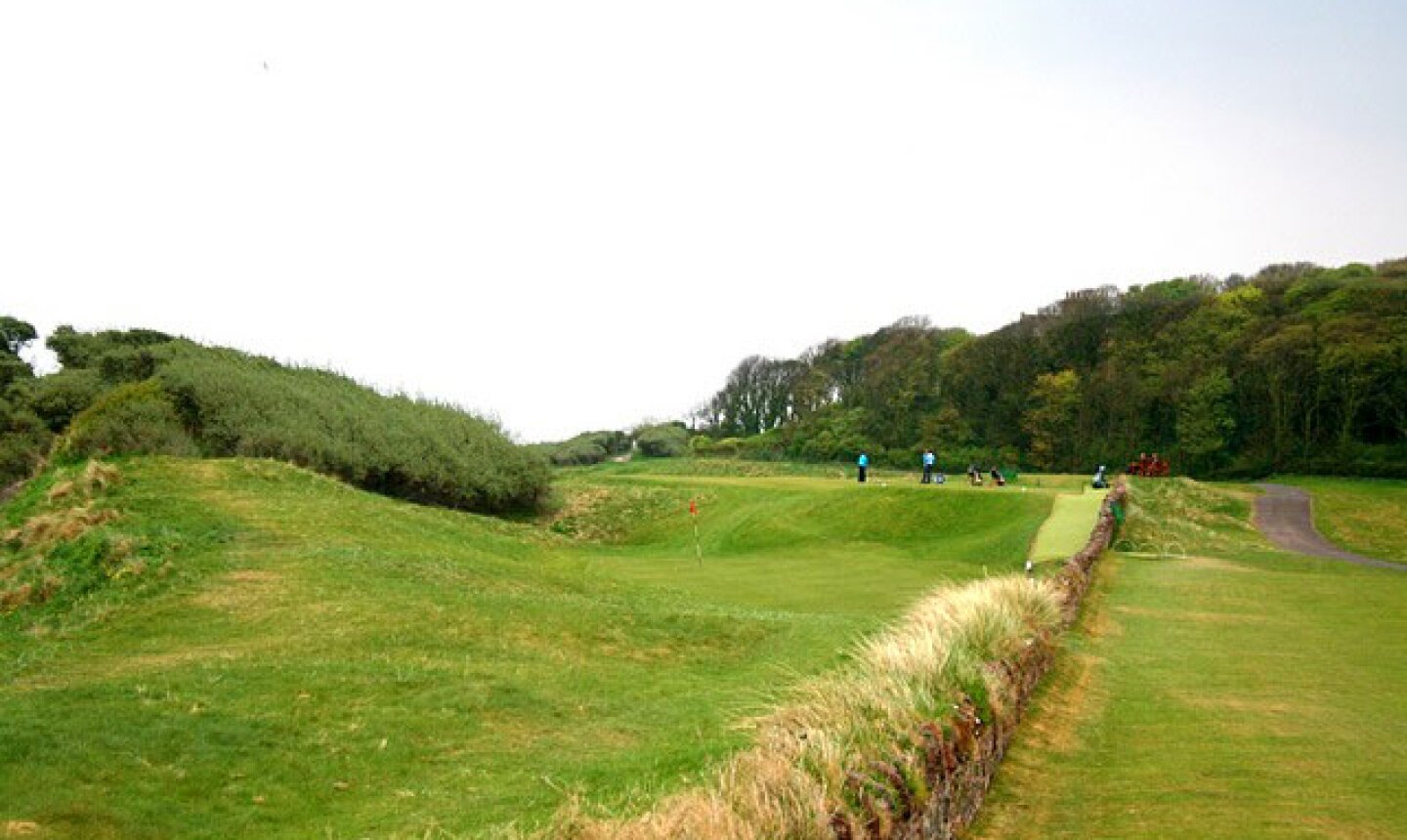 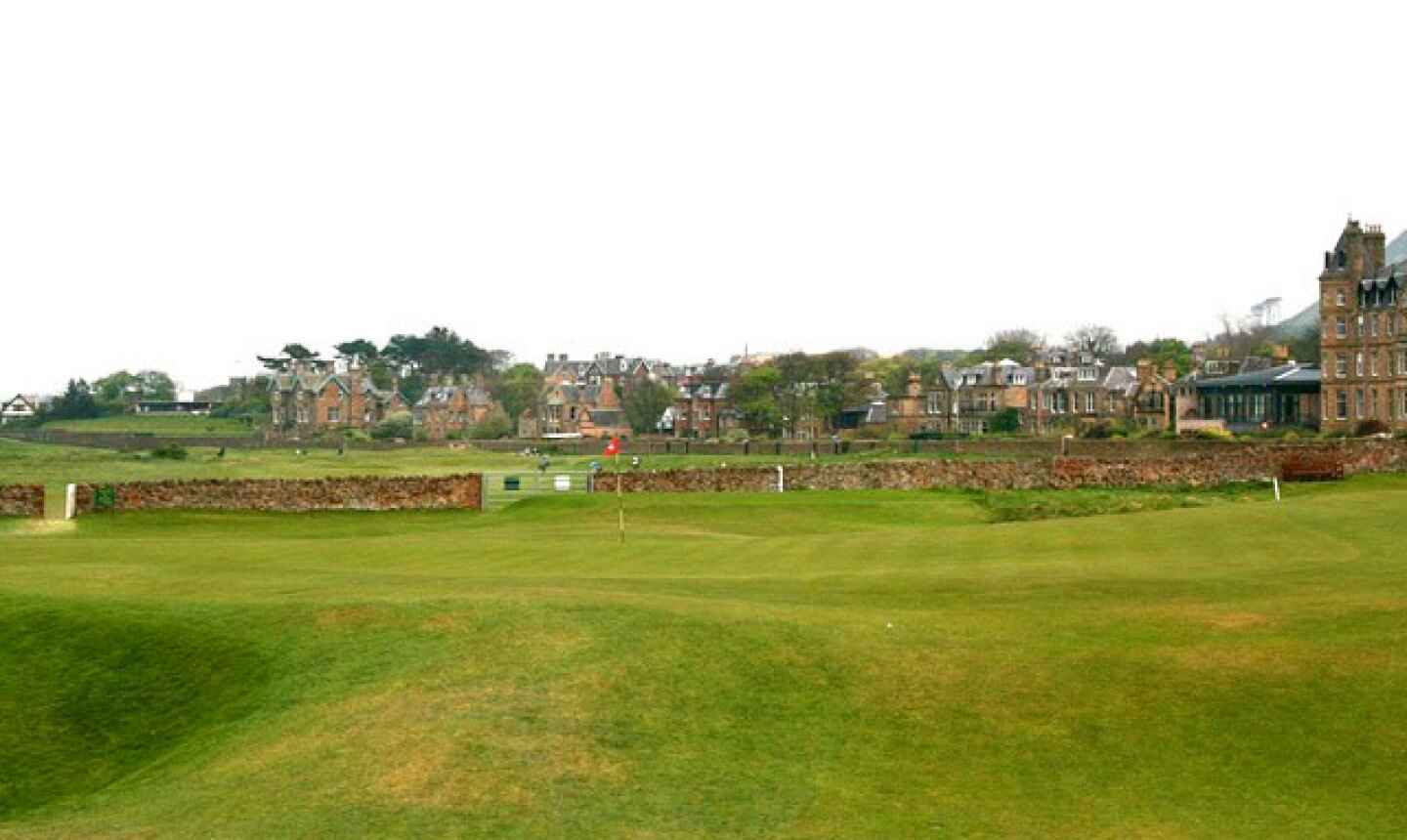 The famous "Redan" green on the 15th at North Berwick Golf Club features a front-right to back-left slope and is blind from the tee. Brandon Tucker/Golf Advisor 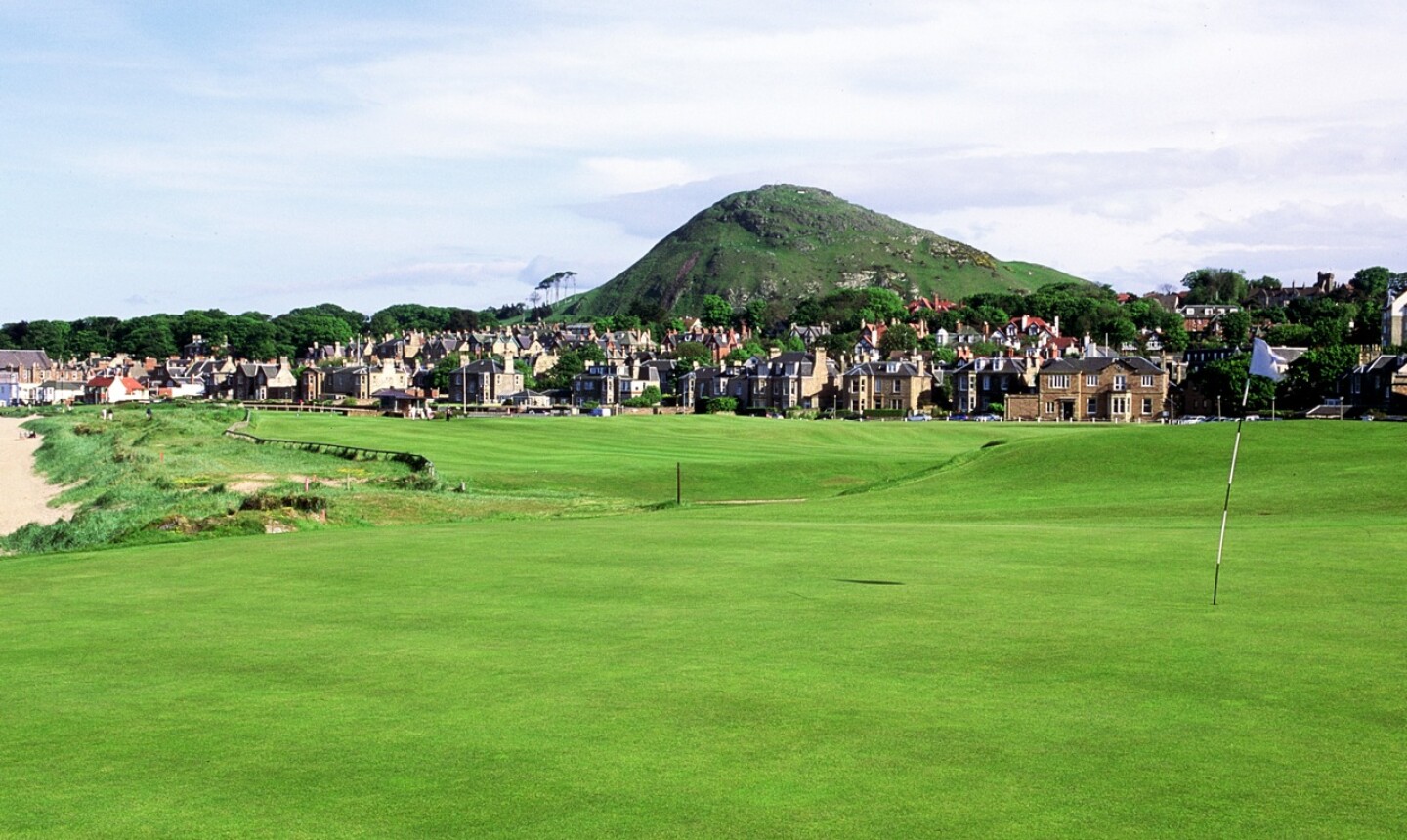 The volcanic North Berwick Law looms over the West Links at every point. Courtesy of GolfEastLothian.com

NORTH BERWICK, Scotland - If you're an enthusiast of traditional links golf, North Berwick Golf Club, in Scotland's East Lothian region, is just about as much fun as you could possibly have on the links.

North Berwick has it all: history, influence, scenery and a collection of holes as unique as you're going to find amidst the world of traditional links.

The golf club, located right in the center of town, is one of the world's oldest, founded in 1832, but the West Links, as the course is referred to today by locals, didn't come along until they were able to extend the course pass a dyke that ran through the current third and 16th holes.

The expansion began in 1868 when three more holes were able to be built both "out" and "in," and in 1877, more purchased property allowed an 18-hole loop, while 1895 took the links even further west in order to accommodate more yardage, just over 6,000 yards at that time.

The course is a true out/in links with eight holes all heading out, followed by a mostly perpendicular par-5 ninth. And then No. 10 starting the return stretch, is one of many holes along the sea.

The first and 18th holes are loosely similar to that of the Old Course in St. Andrews. Playing from the center of town, they're both short par 4s and share a massively wide fairway. No. 1 here, however, is far more dramatic than the Old, playing along the sea and uphill to a green overlooking the rocky cliffs. (Most players will only want to hit a mid-iron off the tee.)

The next door 18th, playing from a slightly elevated tee, affords a great view of the town and North Berwick Law in the background - just try not to stare at the road aside the fairway closely on the right, lined with cars. The green even has its own mirrored "Valley of Sin," this time guarding the front/right side of the green.

No. 13, "Pit," begins the most unique stretch of holes at North Berwick, one of the most unique and influential three-hole stretches you'll find in the world of golf. It's a short par 4 that plays to a green buried between dunes and behind a small, stone wall. It's blind, bowled nature is reminiscent of the famous "Dell" at Lahinch Golf Club.

The 14th is another blind approach, named "Perfection" for two arguable reasons: The first is that it takes two perfect shots to reach the green here - the second is the revealed view when you ascend the blind hill and come within view of the green, Bass Rock and the island of Fidra, is simply "perfection."

Then, of course, one of the world's most replicated greens is the par-3 "Redan" green on No. 15, which is a large, blind green guarded by steep bunkering. The green itself slopes from front right to back left, so golfers are advised to note the pin location and play short of it.

But that's not even the most interesting green on the golf course. That title goes to the next hole, a short par 4 with one of the most bizarre, saddleback-style greens you're ever going to play.

Chances are everyone in your foursome is going to have a different favorite hole at historic and exciting North Berwick - the hole variety and ingenuity is simply too good from start to finish.

Besides some added length to the medal tees, plus some bunker adding and altering, the course today is quite similar to the course dating back to the end of the 19th century. The par-71 course can play at max length 6,500 from the white tees, while daily play is from 6,101 yards. It's not an overly punishing course on a calm day, consider it a more player-friendly, yet equally quirky, version of Prestwick Golf Club in Ayrshire.

Like many traditional clubs in the U.K., there is no driving range here, just a practice putting green. There is a children's course next door, but you must be under supervision of a child to play.

Visitor green fees are £75, though this is a course where a day pass for £105 is highly recommended. Stop into the newly renovated clubhouse for lunch and a drink in between (the chicken and bacon baguettes are delicious), then head back out in the afternoon and tackle the course again where the blind shots and quirks won't be as much of a mystery.

Stay and play in North Berwick: The MacDonald Marine Hotel

On site is a spa with full-body treatments, a fitness center and pool, plus a bar and various leisure rooms, both small and intimate to overlooking the links. It's also a favorite pick for professional players when they're in East Lothian for the Open Championship at Muirfield. 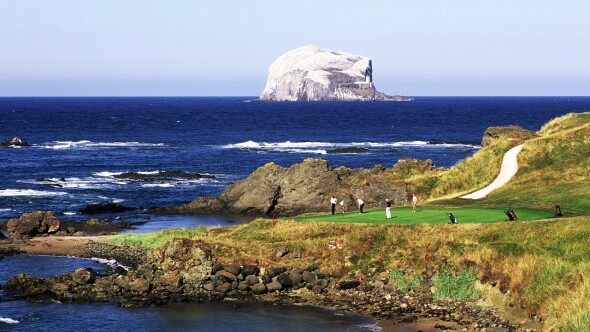 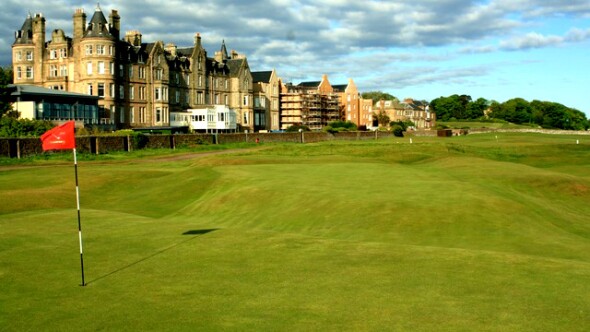 Articles
3 Min Read
Restored MacDonald Marine Hotel puts golfers in the heart of the action in North Berwich
At the MacDonald Marine Hotel in North Berwick, the views are not only scenic but highly entertaining. Sea-view guest rooms provide views of not only the Bass Rock, two miles off-shore in the Firth of Forth, but of the short, par-4 16th hole at North Berwick Golf Club, with one of the most unusual and severe greens you'll ever come across.

Kira K. Dixon
Lifestyle Correspondent
Now Reading
North Berwick Golf Club: Influential links are as historic and exciting as it gets in Scotland
New Cookie Policy
WE AND OUR PARTNERS USE COOKIES ON THIS SITE TO IMPROVE OUR SERVICE, PERFORM ANALYTICS, PERSONALIZE ADVERTISING, MEASURE ADVERTISING PERFORMANCE, AND REMEMBER WEBSITE PREFERENCES. BY USING THE SITE, YOU CONSENT TO THESE COOKIES. FOR MORE INFORMATION ON COOKIES INCLUDING HOW TO MANAGE YOUR CONSENT VISIT OUR COOKIE POLICY.
CONTINUE
Search Near Me