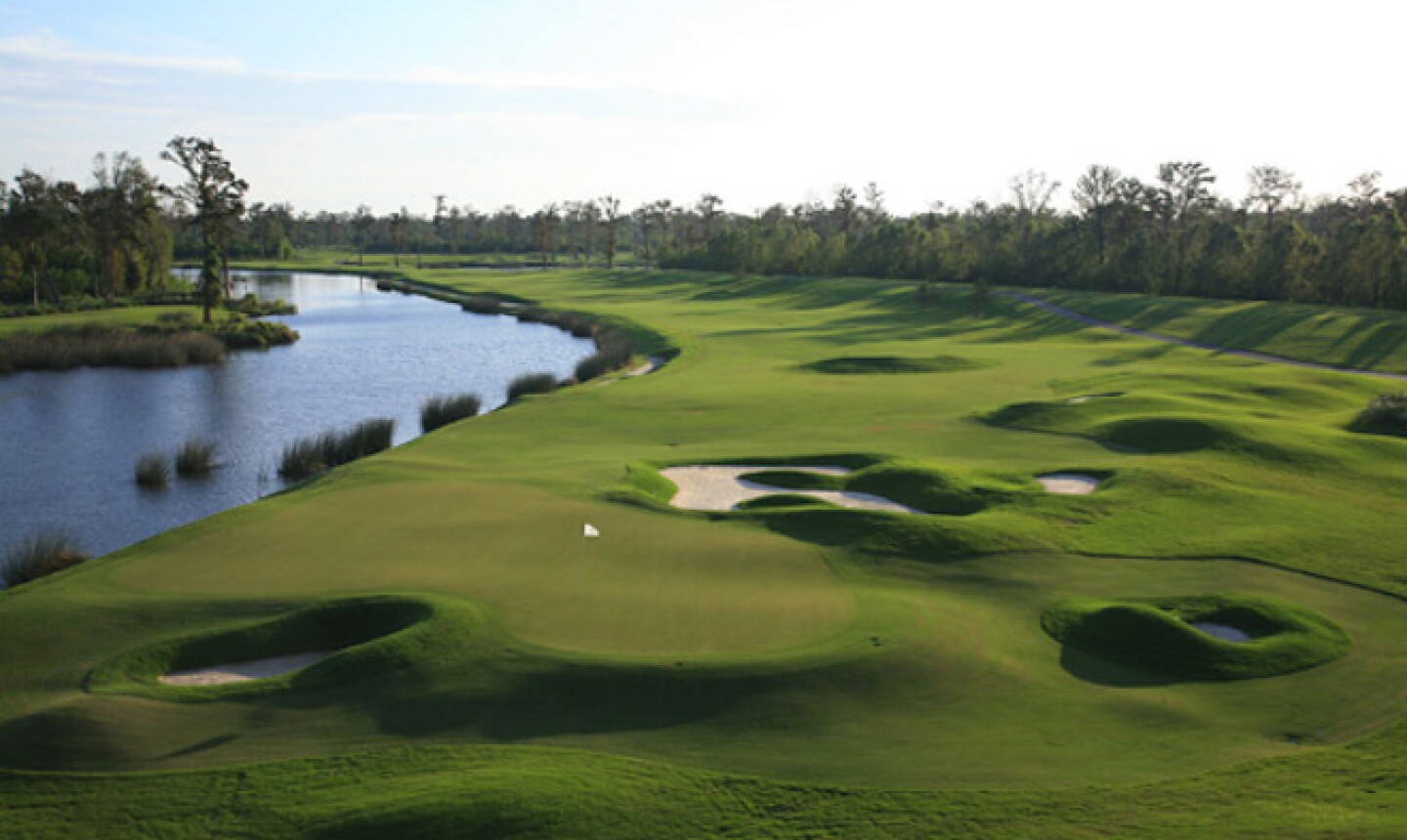 Due to calm and soft conditions, Harbour Town wasn't its normally fearsome self last week, and Jim Furyk made a slew of Sunday birdies to capture his first win since 2010 in a playoff over Kevin Kisner. This week, the Tour visits the best-eating town on its schedule. But is the golf course as gourmet a meal?

At about 7,400 yards from the tips, the TPC Louisiana is one of the longest tracks the pros face all year. But it is far from the toughest, thanks to a relatively sensitive effort from architect Pete Dye, at least in comparison to his more fearsome layouts such as those at Whistling Straits and Kiawah Island.

Yes, there are plenty of railroad ties, pot bunkers and moguls juxtaposed with large sandy areas which often demand consideration as to the correct angle taken on for a tee shot or approach. But there is also almost always room to miss on. It will often mean a longer path to the green, but it is not as if there is danger on both sides of most fairways and greens.

Another source of appeal of TPC Louisiana is its status as a public course and relatively reasonable pricing, at least for residents. Whereas rates for out-of-state visitors top out at $229 in-season, Louisianans will pay no more than $100 for a round at their state's Tour stop.

The answer depends on where you live. At $100 or less, we would consider TPC Louisiana a "must-play." Above $200, though, it may be a tougher expense to swallow. Compared to Harbour Town, which commands a similar green fee, TPC Louisiana pales in comparison. But cost aside, we find little to dislike about the course, but feel that you are not likely to be blown away by the experience. Cost aside, it is certainly the best public golf option in the Big Easy. For now, at least...

We qualify TPC Louisiana as New Orleans' best public course "for now, at least," because Rees Jones' revitalization of one of City Park's courses may well overtake it, not just as the area's best golf experience but potentially as the Zurich Classic host site. However, opening day for City Park is still a couple years away.

As it stands now, New Orleans is a great city to visit on a trip where golf happens to be part of the experience, rather than a golf destination city. That said, we are fans of Audubon Park Golf Course, which, though it's an executive-length course, we enjoy both as a course and an excuse to lug your golf bag onto one of New Orelans' famous streetcars. East of town, former Zurich Classic site English Turn Golf & Country Club is decent and while nominally private, is known to be receptive to guest play at certain times of the year.

Do you have any insight into the New Orleans golf scene? We'd love to hear them (and your restaurant recommendations) below!