Rick Jacobson's Augustine Golf Club, near Washington makes the grade of its namesake 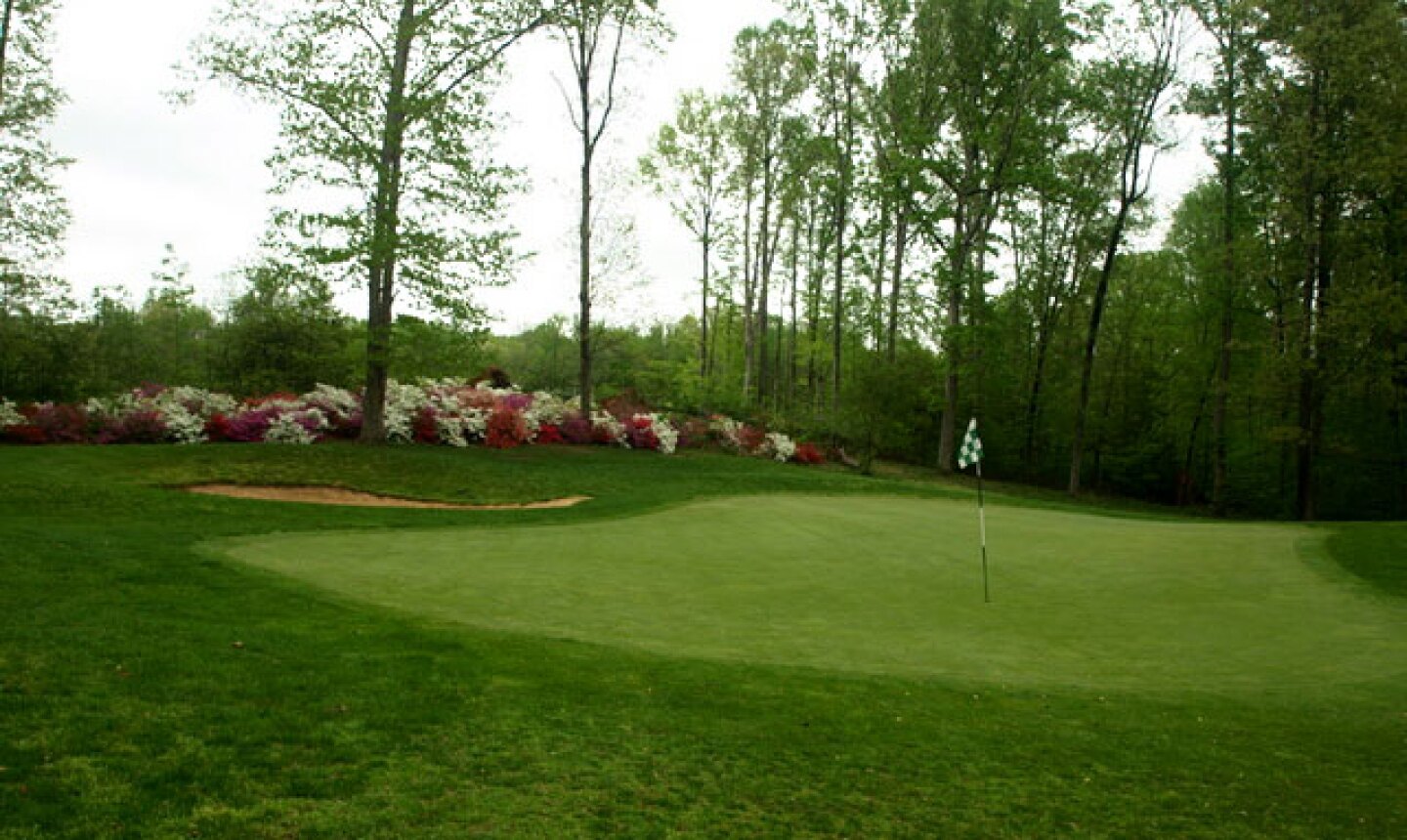 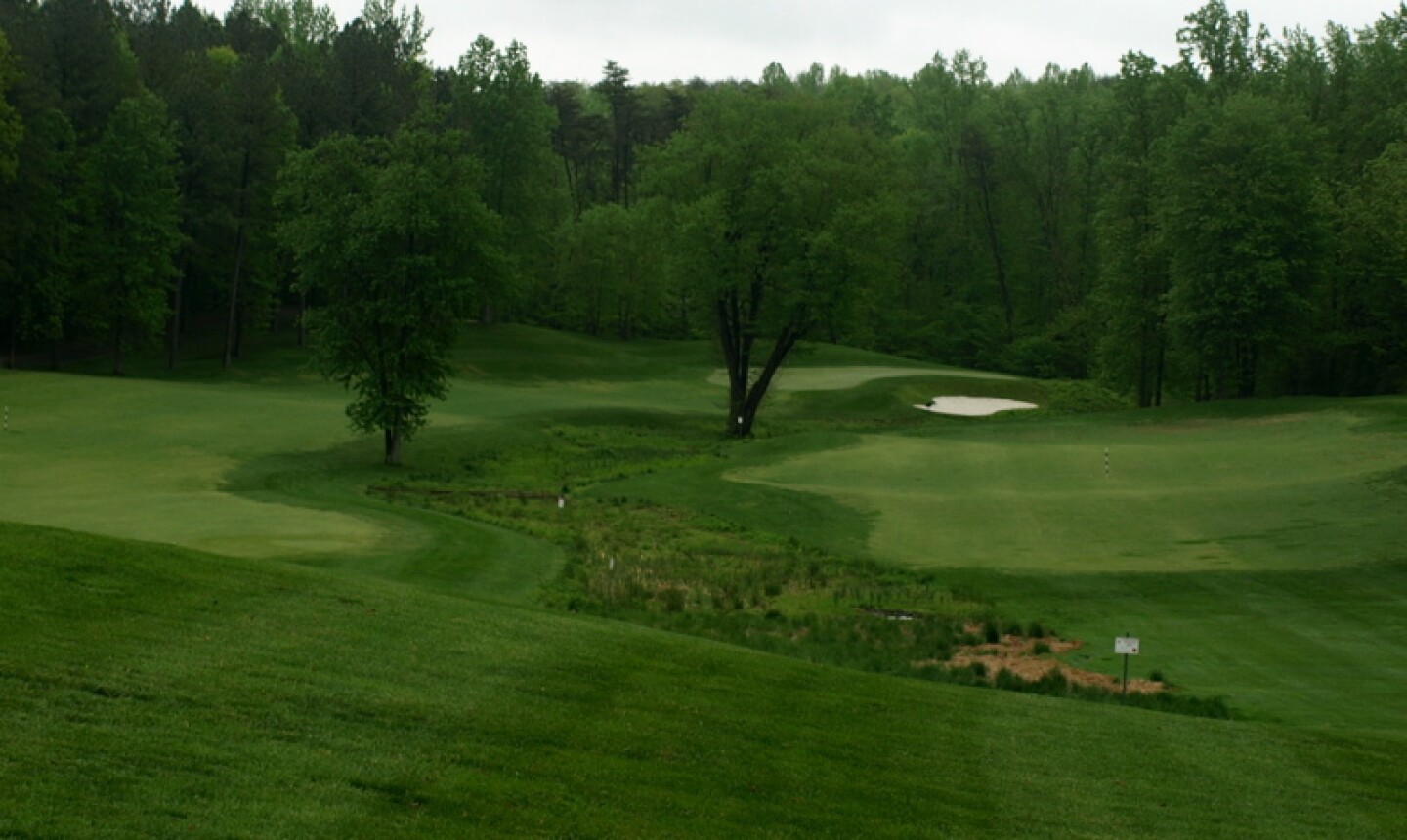 There are multiple fairways on the first hole at Augustine Golf Club in Stafford, Va. Mike Bailey/Golf Advisor 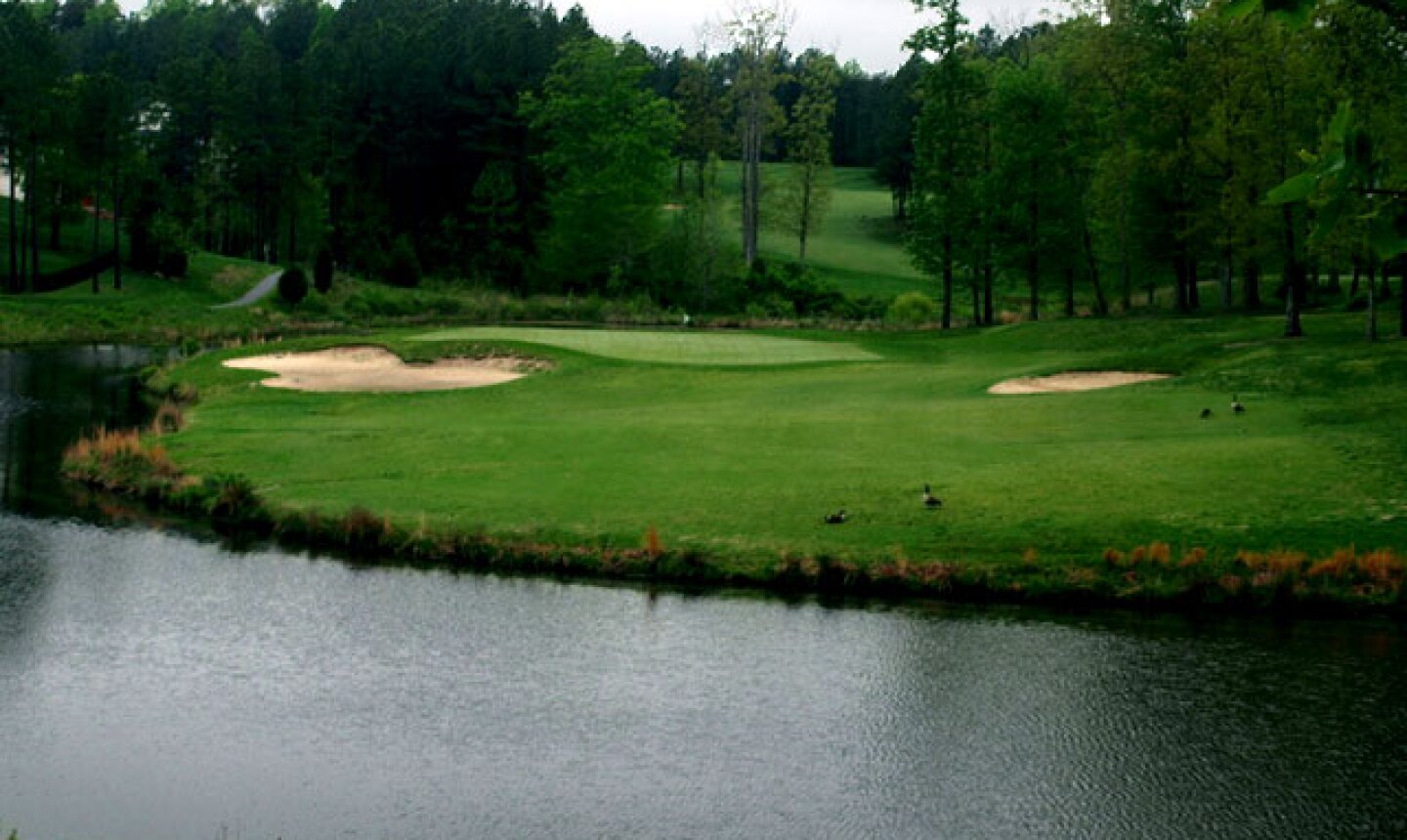 The sixth hole on Augustine Golf Club is the most difficult par 3 on the course. Mike Bailey/Golf Advisor 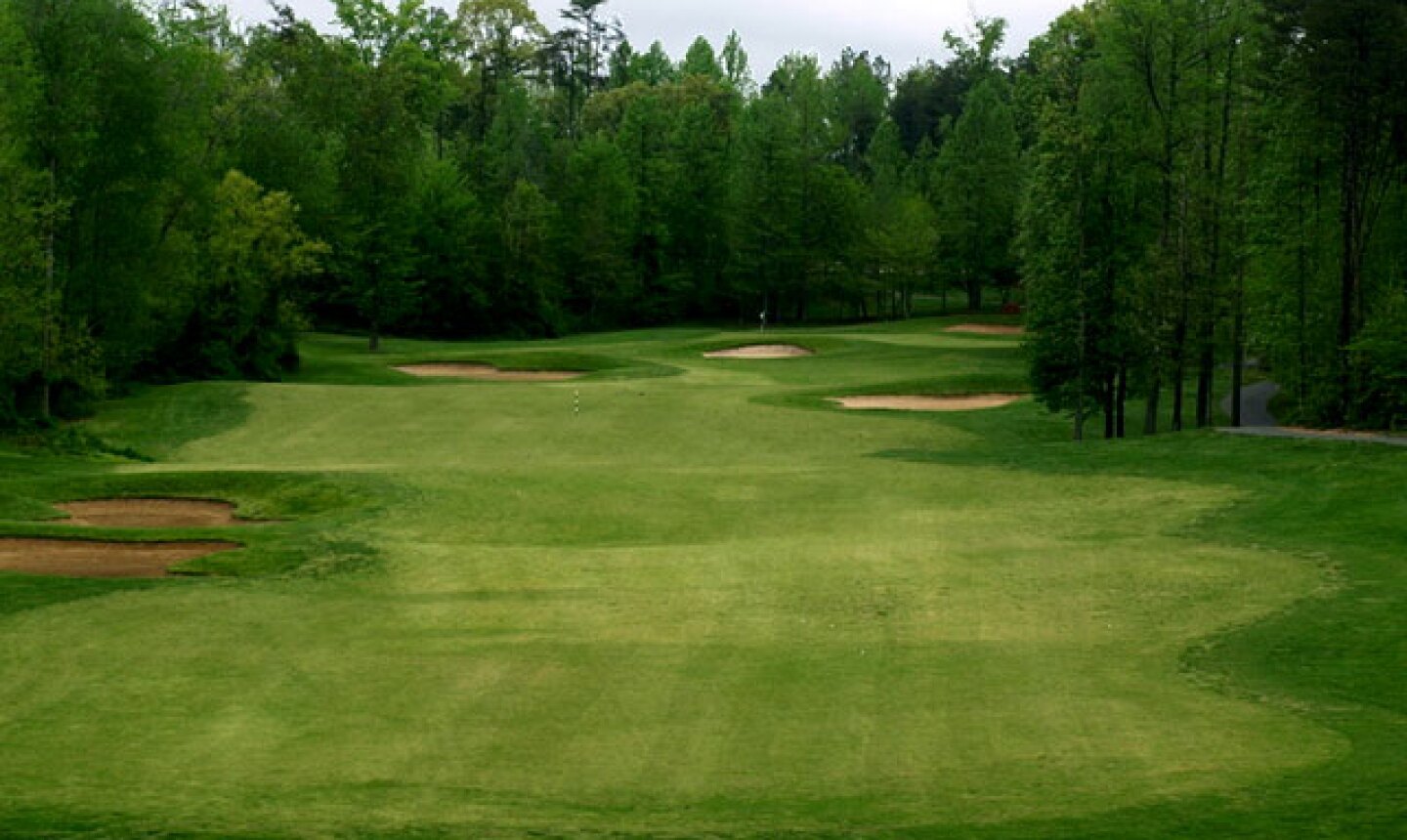 The finishing hole at Augustine Golf Club is a classic risk-reward par 5 with the emphasis on reward. Mike Bailey/Golf Advisor

STAFFORD, Va. - Like most every piece of land in the Washington D.C. area, Augustine Golf Club can teach an American history lesson.

The golf course is named for George Washington's father, Augustine, who, as far as we know, didn't play golf but did once own the land where this semi-private golf club now sits.

Augustine Washington surely didn't envision a golf course on his property but probably wouldn't be too upset if he knew how it turned out. After all, he taught his son George that if you're going to do something, do it right, and the folks here did a pretty good job of giving golfers in Northern Virginia a solid test of golf.

Designed by former Jack Nicklaus associate Rick Jacobson, this 6,817-yard par 71 opened in 1995. Carved through rolling hills, this is straightforward golf. You can use the driver on pretty much any hole that's not a par 3; the trouble is right in front of you. And if you can hit it straight off the tee, you'll do just fine.

If you spray it, though, you're in for a long day, as much of the course is tree-lined and heavily forested.

You get the idea the driver is going to be important from the very beginning at Augustine Golf Club. At 425 yards, the first hole beckons you off the tee with a split fairway. Wetlands divide it, so you have to choose a side and choose wisely.

Jacobson, who also designed Bull Run Country Club in Manassas, Va., doesn't exactly ease you into Augustine. The next hole is a killer with two water hazards to clear on both the tee shot and approach. The fairway is more like a peninsula with water short and left. And once you get there, you'll have a similar shot to a small, bunkered green.

While the course doesn't play overly long, even from the back tees, being able to move the driver out there surely has its advantages going into these smallish, undulating greens.

There are two par 4s - the second and 11th - that play more than 440 yards, and hitting the driver well will pay dividends on the par 5s, which for the most part are good birdie opportunities.

The last hole, a 501-yard par 5, sets up particularly well with a good drive. With plenty of fairway, the hole is imminently reachable in two, and while there is some risk at going for it in two, it's not great. The hole features a half dozen bunkers with three protecting the green but no water hazards, which encourages players who hit good drives to give it a go.

Augustine also features a nice variety of par 3s, with No. 6, at 195 yards, probably the most difficult. The tee shot calls for a long carry over water, which is also left of the green, protected by two bunkers.

The verdict on Augustine Golf Club

Billed as "the public's country club," the beauty of the land here is unmistakable, and Jacobson made good use of it.

On most of the tees, you can see the entire hole, including where the bunkers and hazards are. There really aren't any blind shots.

This is by no means an easy golf course. There is ample room to drive the ball, but if you're spraying the driver, you are in for a long day on these tree-lined fairways.

The greens complexes are large with plenty of undulation, and reading them is not easy. It's especially important to figure out what's going on around the hole and not get too wrapped up in the initial breaks.

Practice facilities are more than adequate. Rounds of golf, which run $58 to $76, come with a small bucket of warm-up balls. A practice putting and chipping green, as well as practice bunker, let you get a feel for the short game before your round. Lessons are also available from the professional staff.

I also recommend the clubhouse grill, and in particular, the chicken salad sandwich, which is made from scratch from fresh-roasted chicken.