Royal Ka'anapali golf course in Hawaii: Maui's old gem still at the top of its game 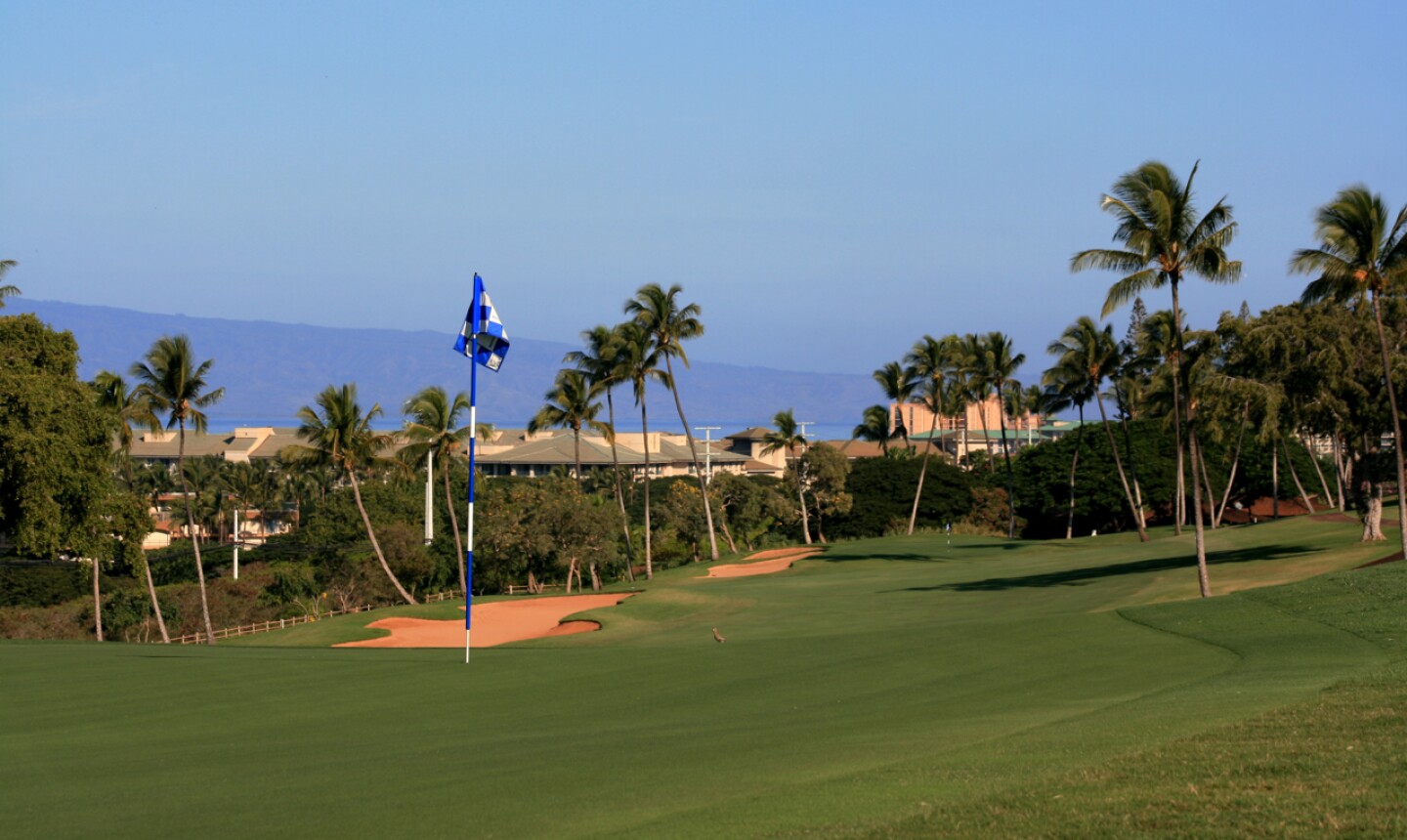 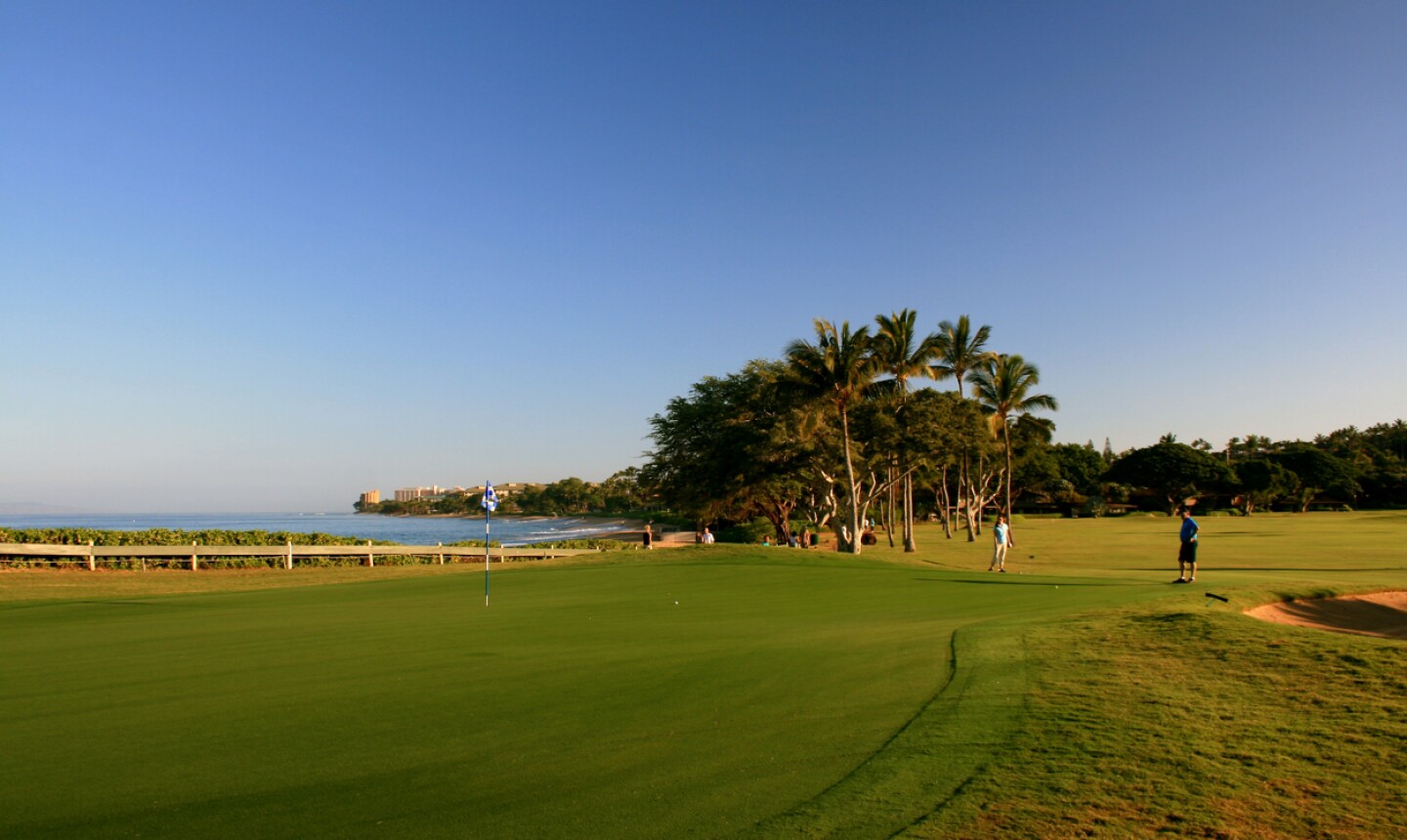 Guests of the Sheraton Maui have preferred access to golf at nearby Royal Ka'anapali. Brandon Tucker/Golf Advisor 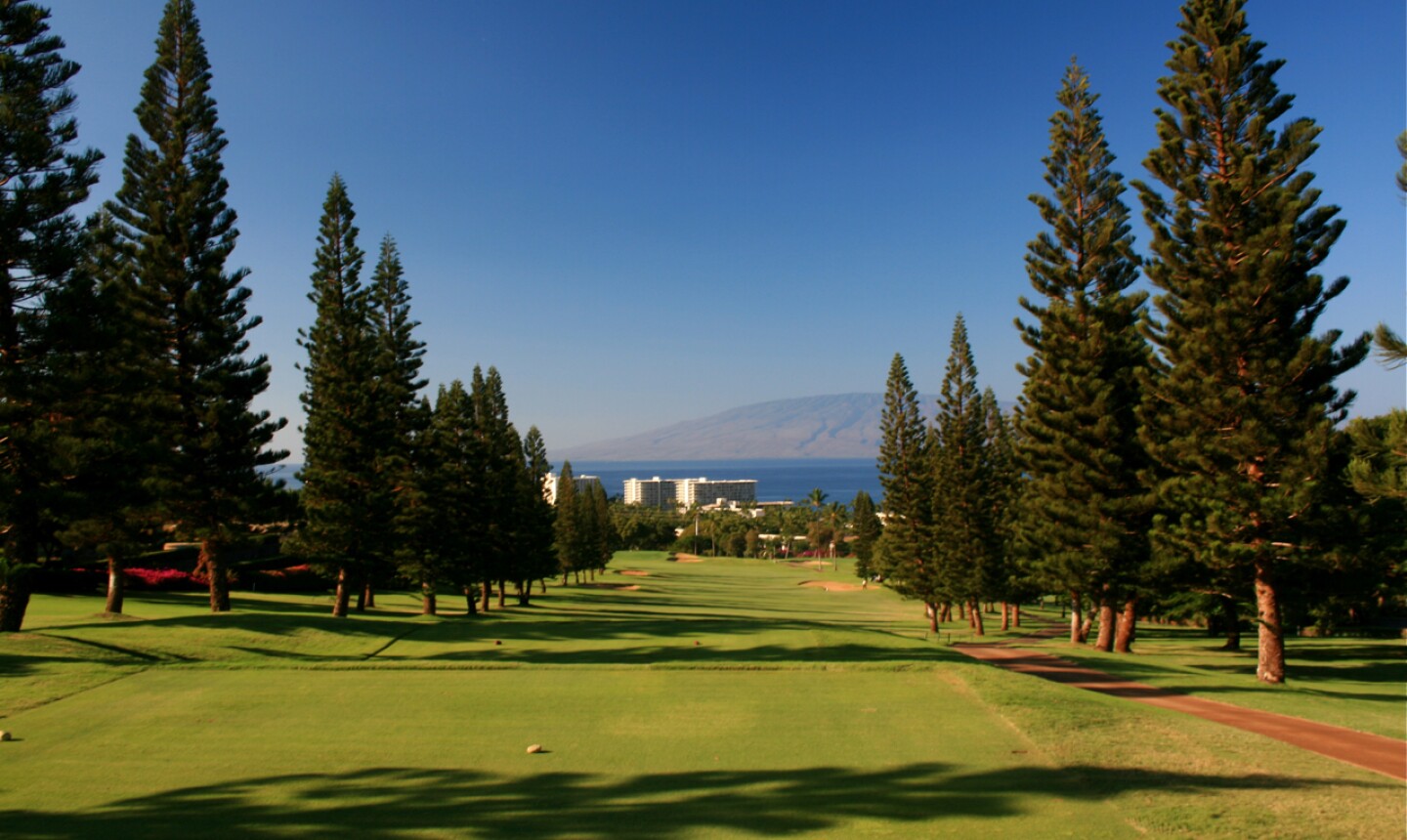 LAHAINA, Hawaii -- Maui's golf scene has grown and shrunk in the past few decades, but the most consistent blend of championship-caliber, resort friendly golf can be found at Royal Ka'anapali.

Royal Ka'anapali opened in 1962 and was one of the first developments in the now-buzzing Ka'anapali resort district. Over the years the course has hosted a number of professional events. These days it still attracts golfing greats as host of the Ka'anapali Champions Skins Game, a team event that features some of the most beloved legends in the game such as Jack Nicklaus, Tom Watson and many more.

The Robert Trent Jones Sr. design is a par 71 that measures 6,700 yards from the championship tees. It plays along sloping land that has the ocean and island of Lanai almost always in view. Those familiar with Jones Sr.'s classic style will identify many of his familiar traits. He's not shy with elevated greens, especially on shorter par 3s and par 4s. Fairway and green side bunkers are usually plenty intimidating, large and deep.

Also similar to Jones' style is that no hole is an absolute nightmare. But there are no gimmie pars, either. There isn't all that much hazard out there, and there's plenty of grass to find an off-line drive. That said, water is in play on the opening par 5 tee shot to the right (as this writer discovered -- twice).

Head Professional Sutee Nitakorn described the course as featuring three parts: A relatively easy opening six-hole stretch, followed by six gradually tougher holes, with the final six holes being the most difficult. The back side, a par 35, has five par 4s that are more than 400 yards from the back tees, so if you're going to get some birdies here, it'll probably happen on the par-37 front that features three par 5s and some shorter par 4s and par 3s.

It's easy to anoint the par-4 fifth hole as the signature here, as it plays gently downhill to a green that sits right next to the beach. But my personal vote is for the 10th. Named "Lanai," this hole sits on some of the course's highest ground and heads from an elevated tee straight downhill 485 yards through a narrow chute of cook pines toward the "Pineapple Island" in the distance.

For those not up for a full 18 holes, inquire about the 'Fit Club' at Royal Ka'anapali, which allows golfers to walk and play the first six holes of the course, which is a gently rolling stretch that should get the blood pumping in the legs.

Designed to serve as an alternative "gym membership" to locals or extended stay vacationers, guests to Ka'anapali can certainly get your money's worth with the program if you participate a few times during your week's stay.

The 'FIT Club' is available each day at 4 p.m. based on availability.

Royal Ka'anapali serves up a fine test of championship-worthy golf, but nothing so hard it's going to ruin anyone's vacation. For lower handicaps, perhaps only Kapalua's Plantation course and King Kamehameha Golf Club are tougher tests from the tips on Maui.

The service at Ka'anapali is first-class. The bag staff is friendly and upbeat (even when we pulled up for our tee time at the crack of dawn). They get you excited for your round and cool you off with cold towels upon completion.

Stick around afterward for lunch in the clubhouse, which has a restaurant overlooking the 18th green. During our post-golf lunch, one hapless duffer from the fairway bladed a ball so horribly off-line that it almost flew into the restaurant before darting off the side of the building, back down onto the cart path and atop a staged golf cart.

For those scoring at home, he picked up. 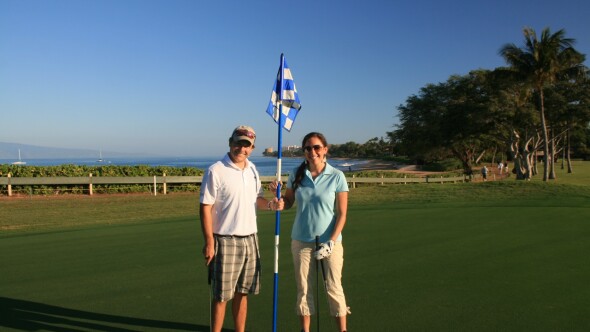 Articles
4 Min Read
Hawaii for couples: Maui golf courses that fit the bill for your gal
Taking your girlfriend or spouse on a golf vacation to Maui is a win-win for the both of you. She gets to enjoy a little fun in the sun. And you won't have fine china hurled at your head when you walk out the door for the airport alone. When selecting courses to play, forget how they would rank on a top 100 list. Instead, consider how playable they are for her and whether the atmosphere of the club is intimidating or not. If both of you can walk off the 18th green and a smile is still on her face, it's a successful afternoon. And that's easy to find on Maui.

Kira K. Dixon
Lifestyle Correspondent
Now Reading
Royal Ka'anapali golf course in Hawaii: Maui's old gem still at the top of its game
New Cookie Policy
WE AND OUR PARTNERS USE COOKIES ON THIS SITE TO IMPROVE OUR SERVICE, PERFORM ANALYTICS, PERSONALIZE ADVERTISING, MEASURE ADVERTISING PERFORMANCE, AND REMEMBER WEBSITE PREFERENCES. BY USING THE SITE, YOU CONSENT TO THESE COOKIES. FOR MORE INFORMATION ON COOKIES INCLUDING HOW TO MANAGE YOUR CONSENT VISIT OUR COOKIE POLICY.
CONTINUE
Search Near Me