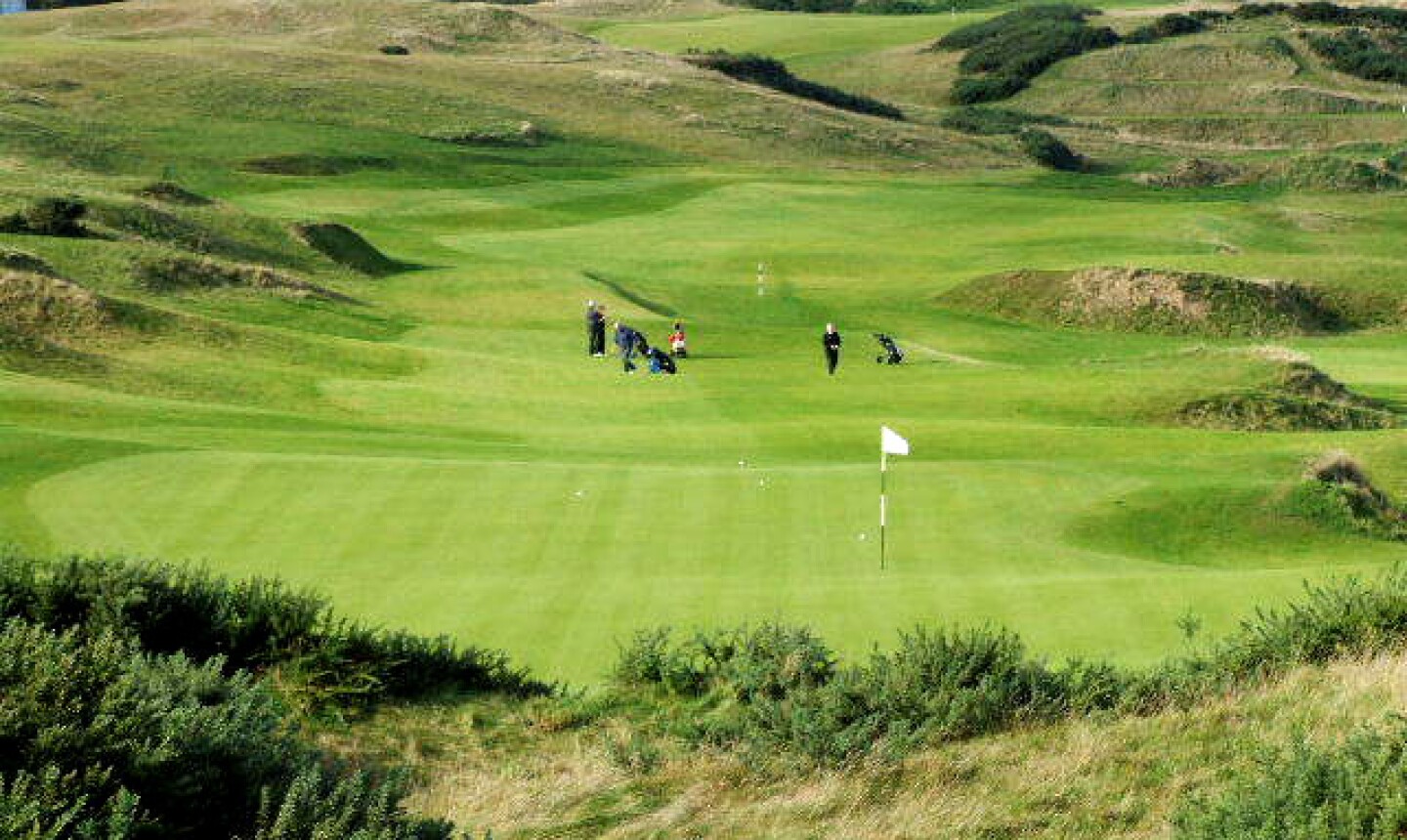 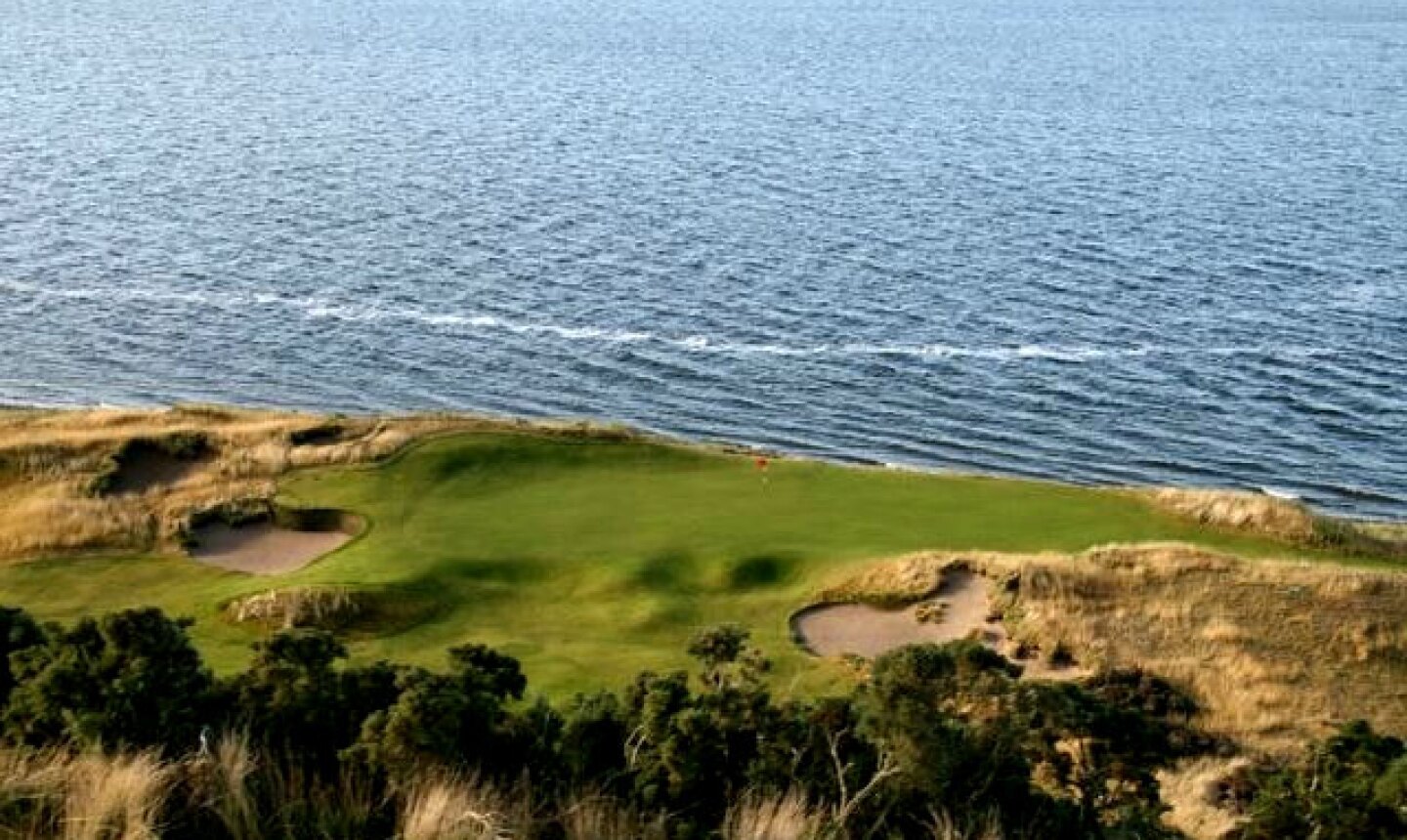 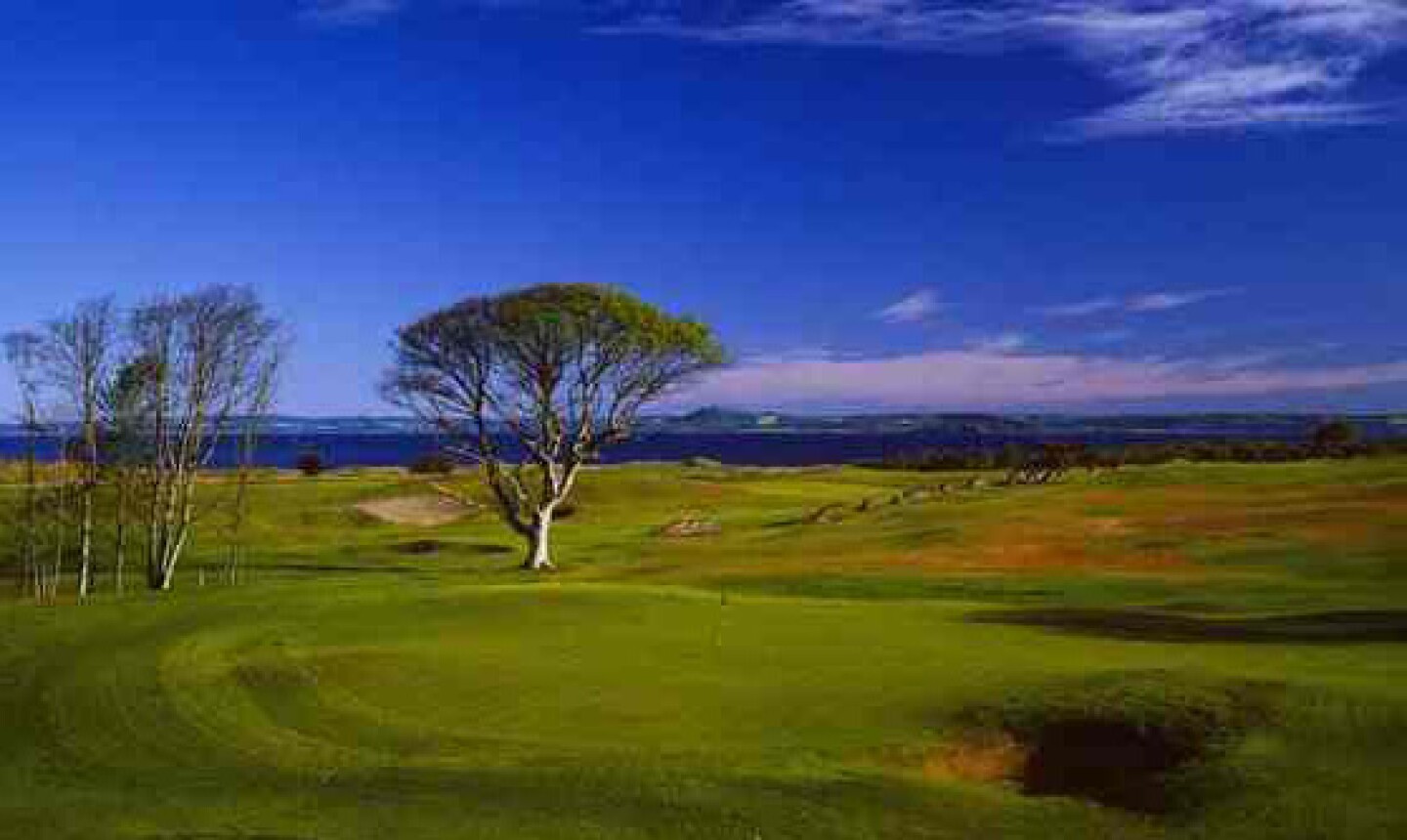 Read enough glossy literature on golf courses in Scotland and you might be led to believe each club was founded during the Stone Age.

But the birthplace of golf has produced a collection of the best new golf courses in the world over the last decade or so as well. You may not have noticed because even these modern courses often disguise themselves as classics set on historic and timeless land. That's just what sells around these parts.

Most of these new golf courses were built to piggyback off of nearby Open Championship venues, offering touring golfers the opportunity to play both historic links and modern gems.

So on your next Scotland golf vacation, consider including a few newbies located near the historic clubs for a taste of old and new Scotland, because this is one country that hasn't rested on its laurels. In fact, two new designs are opening in 2009.

The Old Course at St. Andrews and Kingsbarns

It's a no-brainer to book a round on the Old Course at St. Andrews, where the grand game was born, and every green, bunker and piece of gorse seem to have a nickname and a story.

But a handful of new golf courses have piggybacked off the world's most coveted golf town, like the Kittocks and Torrance at Fairmont St. Andrews, the parkland Duke's Course and even the Links Trust's new Castle Course.

The best modern golf course, however, lies just seven miles from town: Kingsbarns Golf Links, a coastal, manmade amphitheater links that affords sea views at every turn and even a couple tee shots over the water on the back nine.

Muirfield and the Renaissance Club at Archerfield

North Berwick and Muirfield are two of my favorite courses in the entire world," Doak told GolfEurope.com last year. "And it would be silly to say that any of my courses stack up with those. But we believe our course will find its place in the neighborhood."

The Renaissance Club opened a lodge on site, hoping to attract golfers touring East Lothian's golf-rich region to stay at this centralized hub.

No one who stays at the five-star Gleneagles Resort in Fife is ever in a hurry to leave. So it's a good thing the resort - which features two classic James Braid heathland designs from the 1920s, including the classic Kings Course - built a third layout, the PGA Centenary Course, by Jack Nicklaus.

Host to the 2014 Ryder Cup Matches, it's set on the same rolling terrain as the other Gleneagles golf courses, but is a more stadium-style, modern design that will cater to tournament golf.

Down in South Ayrshire, you can play the original Open Championship course at Prestwick Golf Club, one of the world's oldest clubs.

And while Royal Troon is next door, you can also head a half hour's drive south to Turnberry and play the newer Ailsa (which is actually not tremendously old itself, having been rebuilt after World War II) and Kintyre courses, the latter of which reopened in 2001. Turnberry's Kintyre course is a pure and timeless shoreside links bordering the Ailsa to the north. It offers views of the lighthouse and Ailsa Craig Rock just offshore. (Note: The hotel itself is closed for renovations until the summer of 2009, but the Kintyre is open.)

Many golf tours to Scotland bypass historic Machrihanish (home to one of golf's great opening tee shots over beach) simply because it's so darn hard to get to, located near Campbeltown on the remote Kintyre Peninsula, a three hour drive from Glasgow.

But now that nearby Machrihanish Dunes is slated to open this May, there's more incentive to make the trip. The new course is a David McLay Kidd design set on natural, links terrain, so it won't look much like a new track.

The enchanting jewel of the Highlands, Royal Dornoch Golf Club is a links masterpiece in a wonderful golf town where summer days are long and the whisky's always flowing. There are some worthy traditional links neighbors like Nairn Golf Club and Brora Golf Club, but also some shiny new resorts.

The newest to hit the scene is Castle Stuart Golf Links (opening July 13th, 2009). The brand new golf course is set just outside Inverness, overlooking the Moray Firth and boasting views of such area landmarks as the Kessock Bridge and Chanorny Lighthouse.

Or, you can head inland and tee it up at the new Spey Valley at Aviemore Resort, which brought a striking new parkland design to the Highlands in 2007. 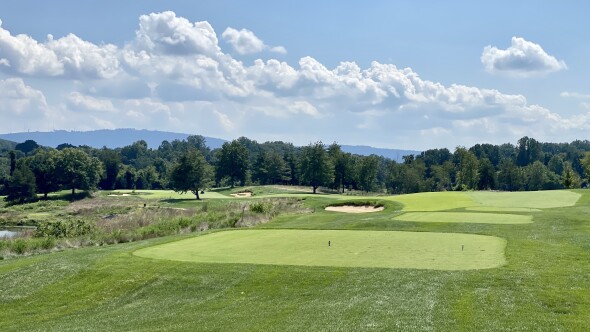