SOUTH PITTSBURG, Tenn. — When this iconoclastic nine-hole golf course opened in 2015 the marketing program consisted of little more than word of mouth and a prayer. Not bad strategies in a rural area that’s only 12 miles from the point at which Georgia, Tennessee and Alabama meet. Since then Sweetens Cove has become something of a gathering point for golf architecture junkies keen on celebrating the game for its rough-hewn, down-in-the-dirt character.

A fawning article in the New York Times two years ago helped. So did national rankings from rater panels that proclaimed it a top-100 layout. These days, truck mechanics with grease-stained tee shirts line up at the first tee next to golfers adorned in Italian micro-fiber pullovers with logos from Baltusrol and Cypress Point.

The 250-square foot clubhouse feels like a loose caboose of frantic retail as visitors clamor for mementos that range from wooden ball markers to specially etched routing plans.

Nobody’s catering to millennials here. The dust flies off the unpaved cart tracks. There are no rakes in the bunkers – you play them as waste areas. The scorecard doesn’t even carry a slope or rating because the course changes so much day-to-day due to wind, weather and the proclivity of two sets of pins on every green – on putting surfaces that dip, dive and dogleg on their own. You come here expecting to deal with blind shots – sometimes even blind putts. It’s not uncommon on these massive greens – averaging 12,000 square feet – to find yourself trying to figure out how not to three putt, or even keep the ball on the green. Everyday at Sweetens Cove is superintendent’s revenge. 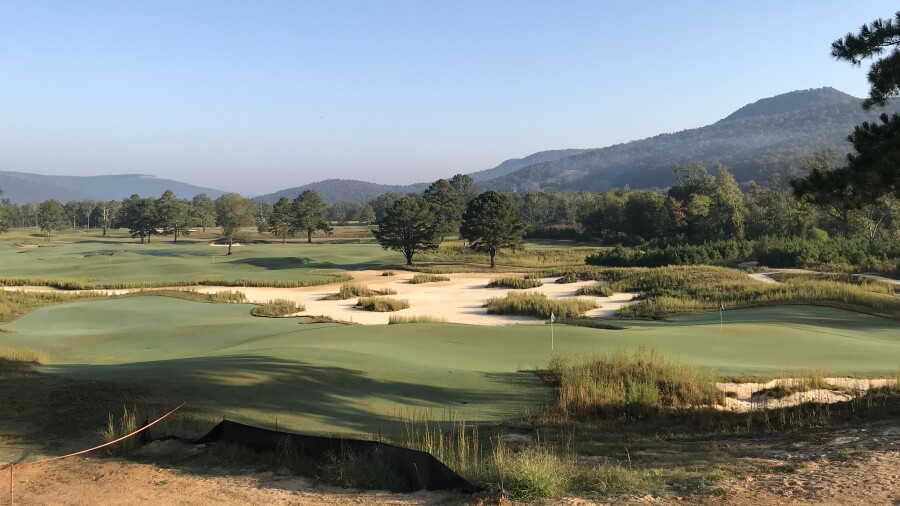 View of the par-3 9th hole from the clubhouse. Brandon Tucker/Golf Advisor 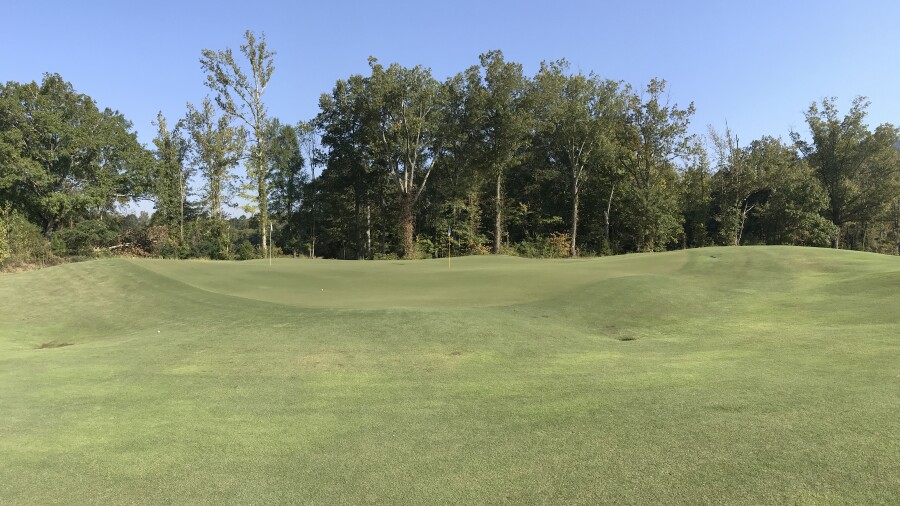 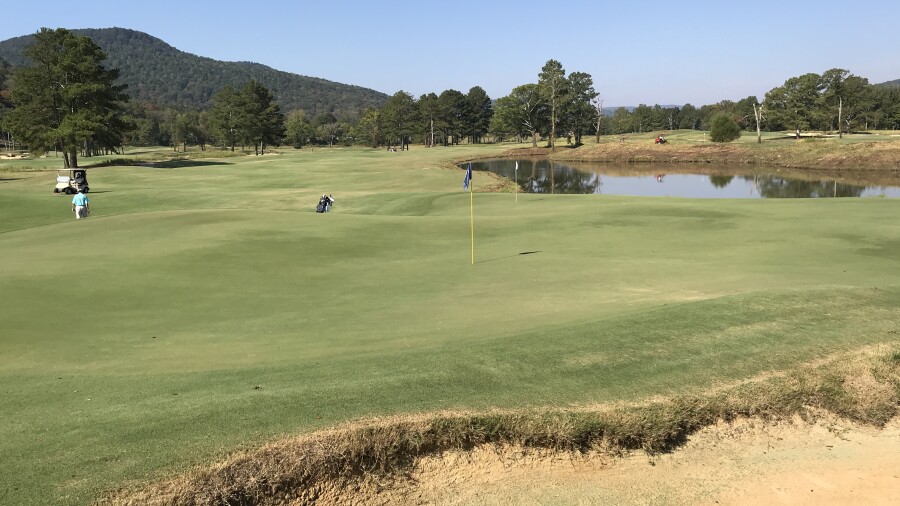 The 6th hole is a long par 4 that wraps around a pond. Brandon Tucker/Golf Advisor 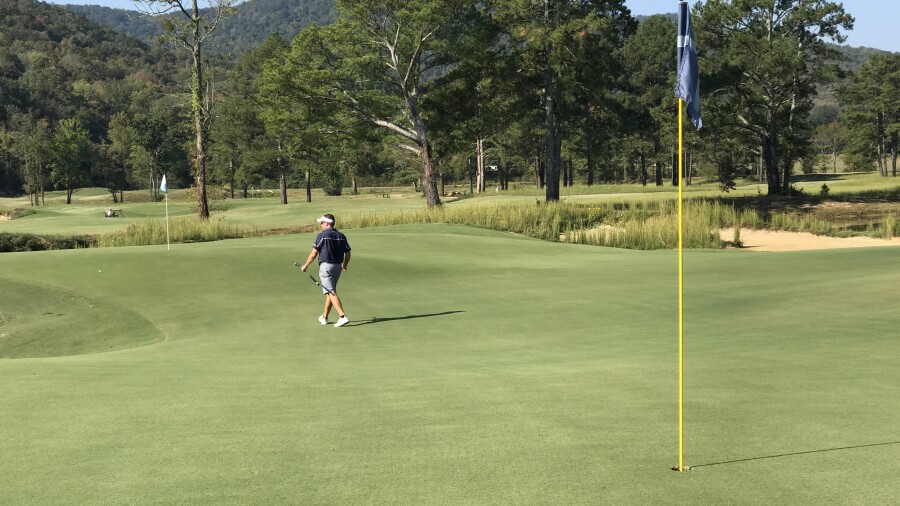 The long green on the par-3 4th hole can cause a difference of 2-3 clubs depending on which flag you are playing to. Brandon Tucker/Golf Advisor 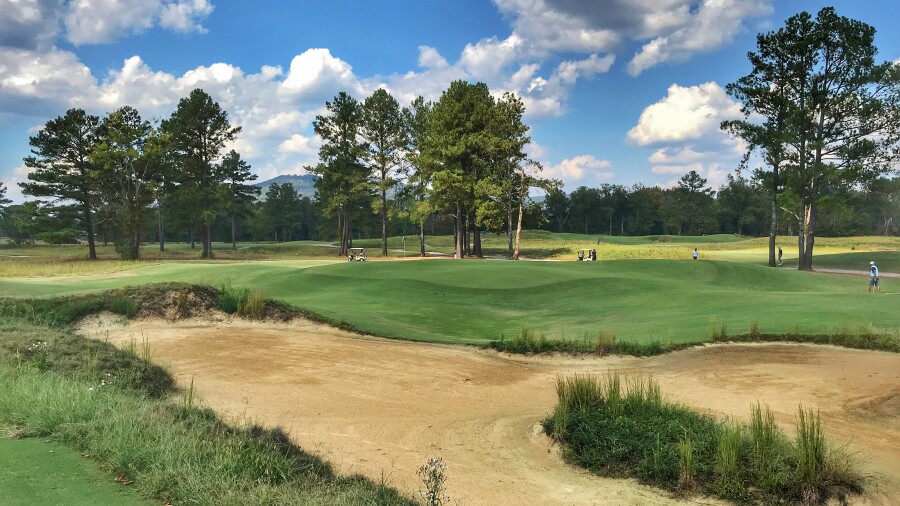 The green on the short, par-4 7th hole at Sweetens Cove is one of the smaller and more severe on the course. Brandon Tucker/Golf Advisor 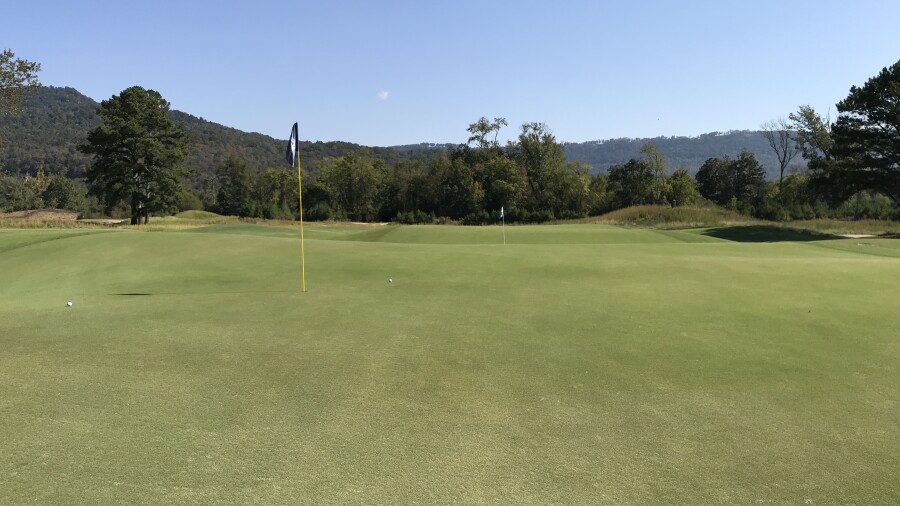 Credit for the design and build of this cantankerous golf ground goes to Rob Collins and his partner, Tad King. Collins, an art history major at nearby University of the South in Sewanee, Tennessee, spent a decade apprenticing for Gary Player before heading off on his own. For his part, King had two-plus decades of maintenance and shaping across six continents for a variety of architects. Together, they landed a job converting a simple, low-lying layout from 1951 called Sequatchie Valley Golf & Country Club that occupied flood plain along Battle Creek, a tributary of the Tennessee River.

If you’re going to build classically inspired ground game golf you need firm, well-draining soil – ideally sand. This was 72 acres of heavy clay – on a site with 1-2 feet of fall from one end to the next, and occasionally prone to flooding – deliberately engineered or otherwise. Site work entailed moving about 300,000 cubic yards, expanding ponds and using the fill to create elevation, introducing pipes and ditches where possible, sand-capping the fairways and propping up the greens well above native grade.

Those pop-up fill pads for putting surfaces became the chief vertical element in course strategy. The result is a combination of wide lateral berth to optional paths and greens with a lot of pitch, roll and yaw. Sometimes too much.

There’s a playfulness bordering on impishness throughout the nine-hole layout. The par-3 fourth hole, 169 yards on the card, plays anywhere from 130 to 190 yards, with half of the S-shaped green hidden intentionally behind a mound that was created in an effort to evoke the blind par-3 fifth hole (“Himalayas”) at Prestwick in in Scotland.

The 4th hole at Sweetens Cove 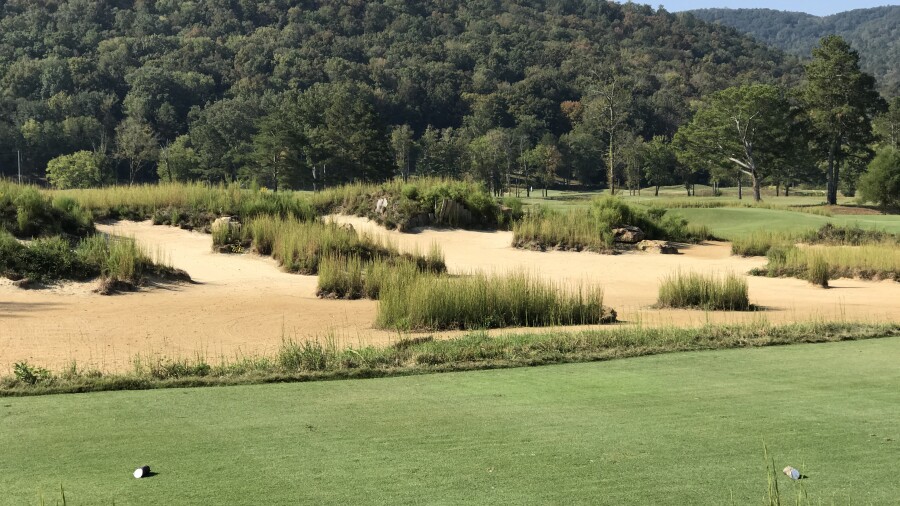 The view - or lack thereof - from the tee of the par-3 4th hole. Brandon Tucker/Golf Advisor

The long green on the par-3 4th hole can cause a difference of 2-3 clubs depending on which flag you are playing to. Brandon Tucker/Golf Advisor 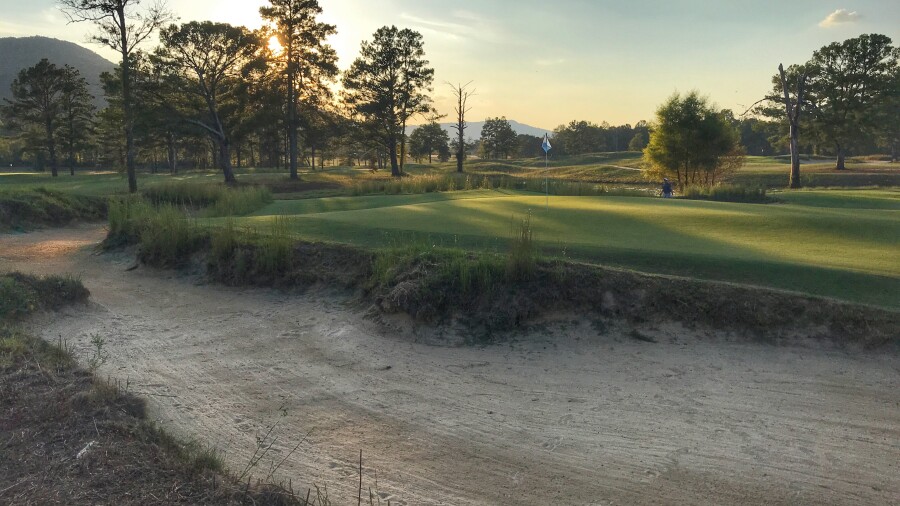 Side view of the 4th green at Sweetens Cove, which does not have any rakes on the course for the bunkers. Brandon Tucker/Golf Advisor

At 3,301 yards from the back (and with more forward tees at 3,093 yards as well as 2,726 and 2,272), Sweetens Cove was never going to rely upon length to test players. As King and Collins know well, length is never a test of skill anyway. Optimizing a path is. In this they drew upon the work of the late Mike Strantz, especially at Tobacco Road in Sanford, N.C., for inspiration and faith that such an approach could capture a niche and prove sustainable.

The mechanical requirements of such a property are intense. Extensive ground game options require a lot of mowing, and on a site with such uncooperative soil that can take its toll in wear and tear, in which case you can always bump and run the ball or even putt from 50 yards. You just have to be prepared to adapt to the demands of the shot. And you also have to be willing to play away from the target and use ground slope to get the ball to where you want it to come to rest.

Like Tobacco Road, Sweetens Cove can be divisive in terms of public reception. While it’s already developed a cult following among certain acolytes of new media websites, it’s also generated criticism as a novelty act.

Unless you live near the western edge of Chattanooga, it’s not likely that Sweetens Cove will ever be your regular home course. In which case the act is more of an affordable, innovative retro-outpost that stands out starkly in contrast to most everything else in modern golf today.

There are signs that such an approach to golf is catching on. At Sweetens Cove, all-day passes far outnumber those for only nine-holes. King and Collins are now off to design/build follow-up projects, one in northeastern Nebraska, the other in the Catskills of New York State. 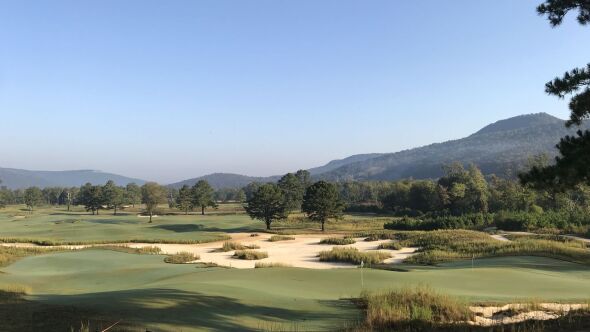 Seems like Brad is holding back from giving a review...provided a history lesson. zzzzzzz.