The Best Course to Play on Your Montreal, Quebec Golf Vacation 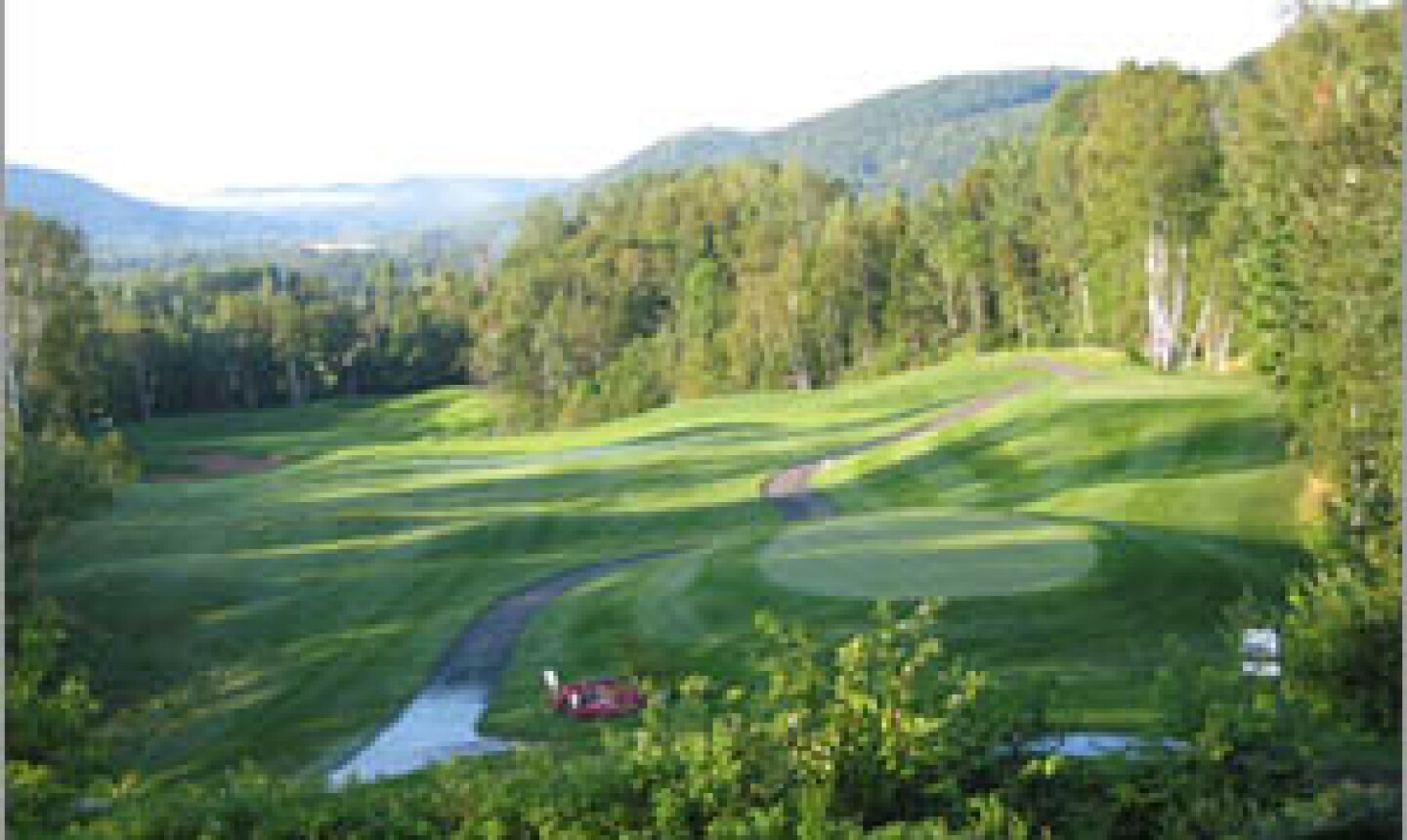 If you're visiting the Montreal, Quebec area looking for the best golf, resist the temptation to follow the crowd into the Mont Tremblant village and instead head for the nearby Greay Rocks Resort

While we would skip Gray Rocks' lodging, which is a bit dated and lacks the appeal of the village, its La Bete (The Beast) is the standout among all the Montreal golf courses. It has a superb layout crafted by Canadian architect Graham Cooke, who has continually impressed us over the years.

Cooke pulled off the trick of making the course appear fully mature right out of the gate, and it continues to improve, assisted by the dense forest surrounding it. The routing is full of creative holes that retain traditional flair while pushing the strategic envelope.

The best example is the par-four second hole, with a downhill tee shot to a fairway split into three terraced tiers stepping down toward the green. The tiers are separated by steep slopes covered with light rough. This requires a conscious decision of how far to hit your tee shot to land on a tier, preferably the furthest one, while avoiding an impossible second shot off a downslope. Big hitters have to be careful not to pass the third and lowest landing area, beyond which is a stream fed by a waterfall on the right side of the fairway. Next, it's over the hazard, uphill, to the green, requiring anything from a short iron to a fairway wood depending on which plateau you reach.

Fourteen, a par-four with an island green, is another of Cooke's many memorable holes here. In all, The Beast has four lakes and seven holes along the Devil River.

Gray Rocks' other course is the misleadingly named, La Belle (the Beauty), which is outclassed by its neighbors. While many locals consider it a classic course, we think it is just old and tired with a municipal feel, ragged fairways, few tee choices and sorry greens. Most of the golf packages here allow you to mix and match the courses, so we would advise skipping this one.

Just to update a little to 2018 .. This report still stands true today. La Bête is a good course but it has some quirky holes that many may not deem exactly fair. It used to be priced to compete with Tremblants owned le Geant and le Diable but recent Tremblant discounts now have these courses at virtually the same price.

Tim Gavrich
Senior Writer
Now Reading
The Best Course to Play on Your Montreal, Quebec Golf Vacation
Search Near Me