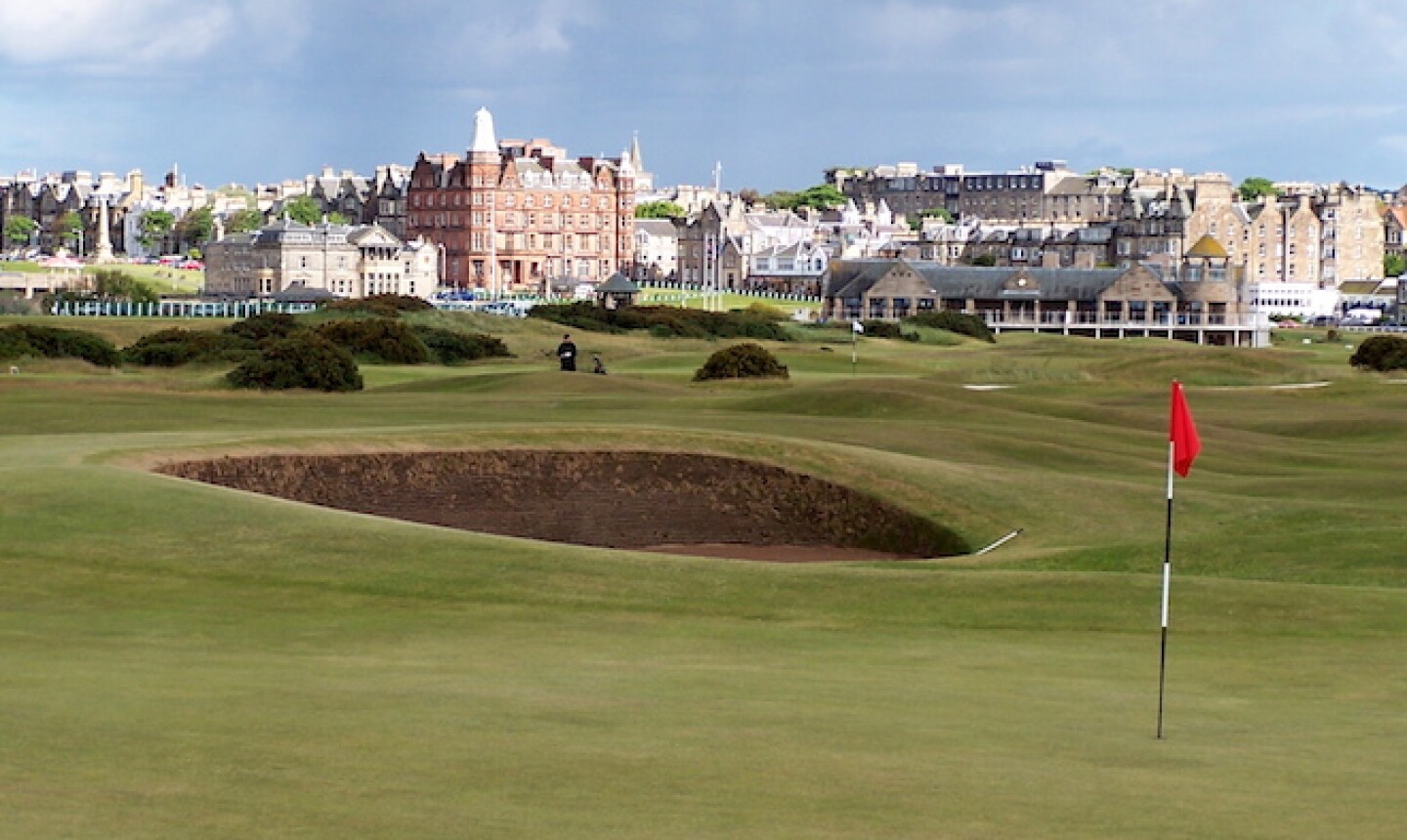 Is independence from the UK back on the table for Scotland? (Larry Gavrich)

When I heard about this the other day, I was absolutely shocked.

A new law took effect in January 1 of this year that will have a pretty significant effect on anyone looking to take a golf vacation in Scotland.

Let's just say Scotland is getting drier, but not for the reason you'd hope..

Here's the deal: effective January 1, 2015, Scotland's government lowered the legal blood-alcohol limit while driving from .08 to .05.

In many cases, an average-sized man's blood-alcohol content would reach that point after just a single pint of beer -- even less, in fact.

Part of what has made Scotland one of the best places in the world to play golf is that it is customary to enjoy a couple post-round pints of beer and/or tipples of scotch in one of the many pubs that dot the towns near its courses. We have especially cherished hearing some hilarious stories from locals--fellow golfers and caddies alike--in such establishments.

But now, if you are part of a group and have rented a car, there's pretty much no way to avoid having to have a 100% sober driver each night. And while that's good practice in general, it adds a bit of stress to what should be a relaxing experience.

The region's pubs have taken as much as a 60% hit in the two months since the new drunk-driving regulations have been in effect, according to a report in the Scottish Express newspaper.

That means that pretty soon, not only will you have to drink less than you otherwise might in Scotland, you'll probably pay more for the privilege! After all, pub proprietors will need to recoup their losses somehow.

According to police and other advocates of this law, no fewer than 20 people die and 90 more are seriously injured each year in car accidents involving drunk drivers in Scotland. The hope among the law's proponents is that those numbers will decline in the future.

Note:&nbsp;If this is a Scotland golf trip-breaker for you, keep in mind that the legal limit in England, Wales and Northern Ireland remains at .08, at least for now. It's understandable to expect this law to have a ripple effect, though. Stay tuned.

For tourists (especially Americans), this could make driving Scotland's notoriously narrow and winding roads an even dicier proposition than it used to be. Even before this law change, we've heard stories about 100% sober drivers getting mistakenly pulled over by police while getting acclimated to driving on the "wrong side" of the road/car.

Now, if you've had even a single pint, you could be in real trouble.

If you haven't already guessed, this new law should persuade you to think even more seriously about hiring a driver for your group's next Scotland excursion. We recommend it, particularly if your trip will take you to a few towns and cities.

A number of travel agencies will be happy to arrange this for you, and if you need any recommendations, just email editor@golfvacationinsider.com.

What do you think of this change in Scotland's laws? As always, please share your thoughts or read what others are saying below.

Last trip to Scotland, we ran into a pub owner who told us that the pub business was way down due to the fact that workers didn't come into the pubs after work anymore, because the police had cracked down on suspected driving while under the influence. This was long before this law went into effect. Who can fault the lowering of blood alcohol levels. As an ortho surgeon who has seen his share of smashed up people innocently hit by a drunk, I wish we would do the same in the US. Alcohol and golf don't mix. Go to wherever you are staying to drink or get a designated driver.

Lowering the alcohol level is not always a solution to the scourge of drunk driving.A level of zero percent would would be the answer.Might hurt the pub ownwer but it will make roads safer.

Wish they could lower the level here in South Africa where our road death toll is frightening.Weekends especially.Maybe our authorities should take a leaf out of the book of countries in the Northern hemisphere.

There more golfers that drink a beer or scotch etc during or after a round than those who don't. The lowering level to a BAC of .05 is overkill.

.08 is low enough to do its job. Too bad for the pub owners trying to make a living.

What a ridiculous article; the sensible law change will have no impact whatsoever on visitor numbers to Scotland . Scotland has simply come into line with Ireland and the rest of Europe. England, Wales and N.I. will follow The Home of Golf in due course.

This has been law in Australia for a couple of decades and has been a big contributor to a reduction in road deaths. And the good news is, golf clubs here still exist. Maybe try drinking something smaller than pint, or light beer, or pick a mate to be the "designated driver". But when you drink it, make it,cold!!

Lowering the blood alcohol limit is politically popular, but what research is it based on? We are never given the figures of accidents involving drivers with low range [.05 to .08 ]. All we hear about are higher range incidents. I suspect very few drivers in the target range are involved.

Tim, instead of just trying to justify your comments by the points you have added, why not offer some kind of apology as well. You only partially manned up by accepting you made an error in judgment. You said yourself that the fault was with you for "writing it imprecisely"

Now nan up further and apologise for your oversights and we can all move on.

This reminds me of the man who unfortunately died in his sleep - with a smile on his face - unlike his passengers.