This short, metallic 'ping' is a Cool Golf Thing

This short, metallic 'ping' is a Cool Golf Thing

The PING 1-A is the mother modern putter. Practically all latter-day flatsticks owe it the debt of their existence. It came about because, like many of us, inventor Karsten Solheim blamed his equipment for disappointing play. But unlike the rest of us, he did something useful with that frustration: he changed golf equipment forever.

Solheim brought the concept of perimeter weighting from his garage to the game 60 years ago, and it is still a foundational piece of technology in every golfer’s bag. Pushing the bulk of a club’s mass out toward the margins engendered the concept of forgiveness of off-center strikes. While it’s primarily associated with irons, it is also crucial to putting, and it started with the quirky 1-A.

So, too, did PING – literally. Solheim came to name his company after the sound that the hollowing-out of his prototype putter produced. And in a cool bit of coincidence, at impact with a golf ball, the tuning fork-like 1-A intones at a frequency of 440 hertz. The putter’s pitch: a crisp concert A. 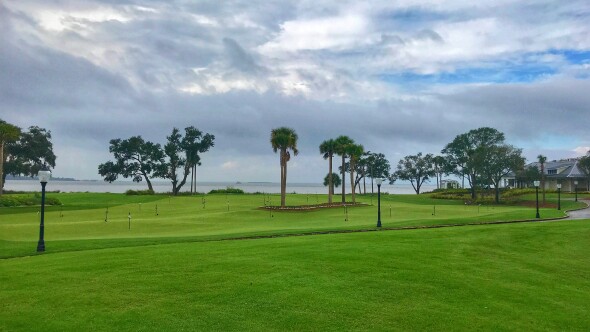 Thanks for the encouragement Tim.

I have a friend that has a Ray Cook mallet putter Circa 1980’s that has the same sound.

I own 3 of the Ping 1 A putters. One is now loaned out. I’m right handed and putt 3 to 4 footers that break from left to right , left handed. I have put two different large size grips on the two I have. I’m 80 years old and most of my golf is scrambles and they let me hit from the front tee boxes.

Got one. Pretty cool putter.

The Ping 1A is a wonderful partner in match play. It drives some opponents nuts, as well as being as good as any putter ever made.