Though it boasts a fine course and a posh resort and spa, Teton Springs is more than just golf 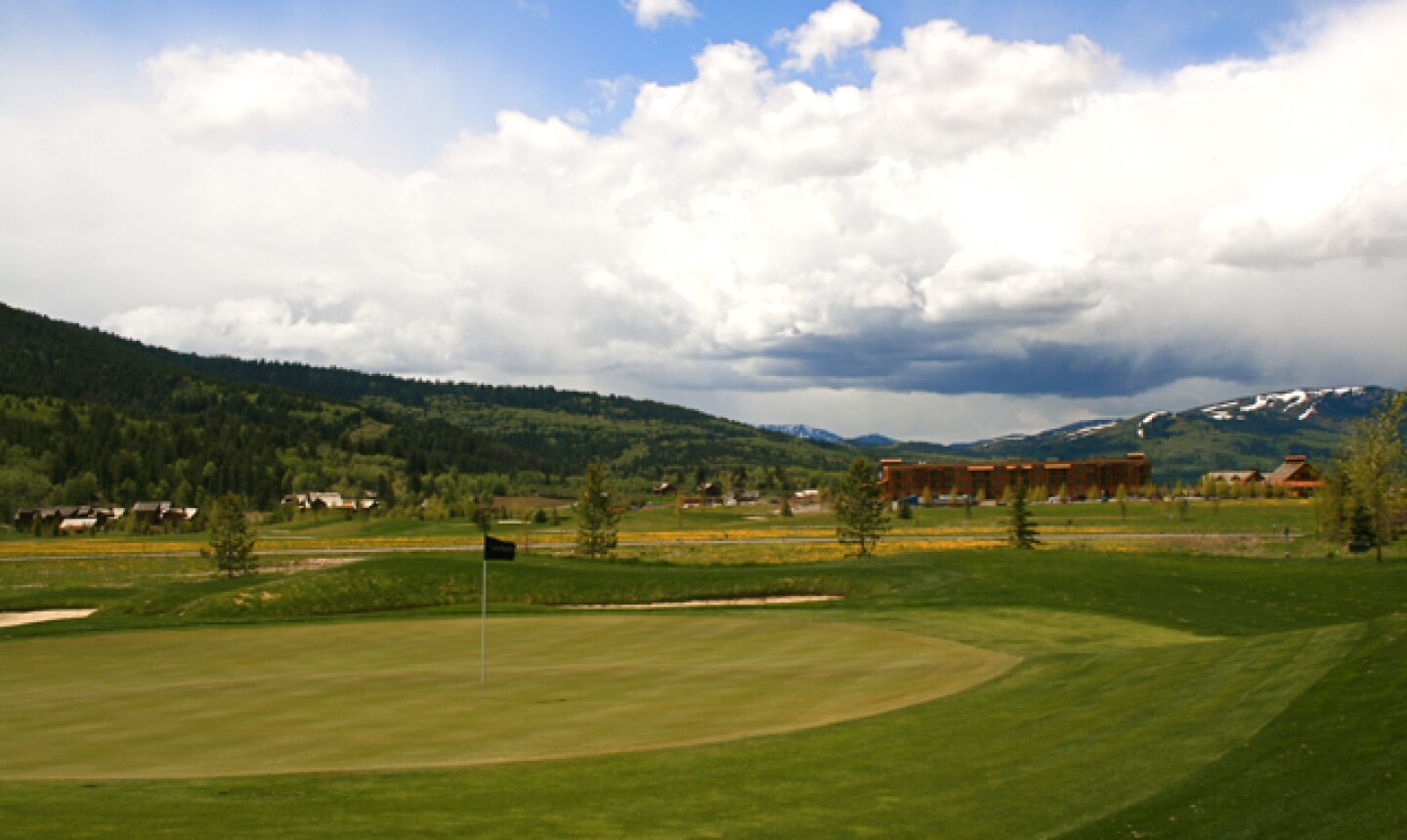 Views of the Teton Valley and surrounding mountains are expansive from about every point on the Headwaters Club golf course. Brandon Tucker/Golf Advisor 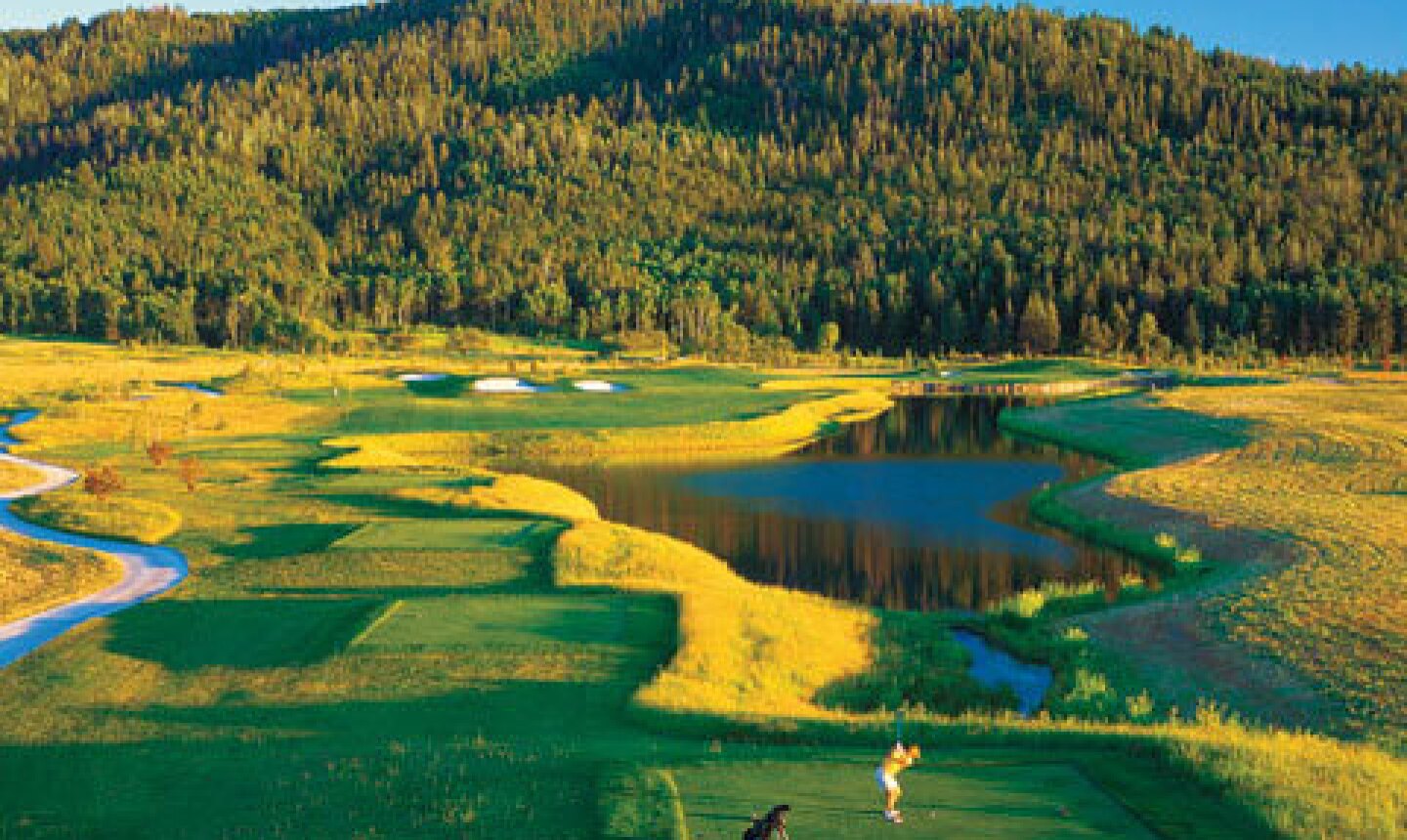 Golf is just one way to experience all the natural beauty of the Teton Valley in Idaho. Courtesy of Teton Springs 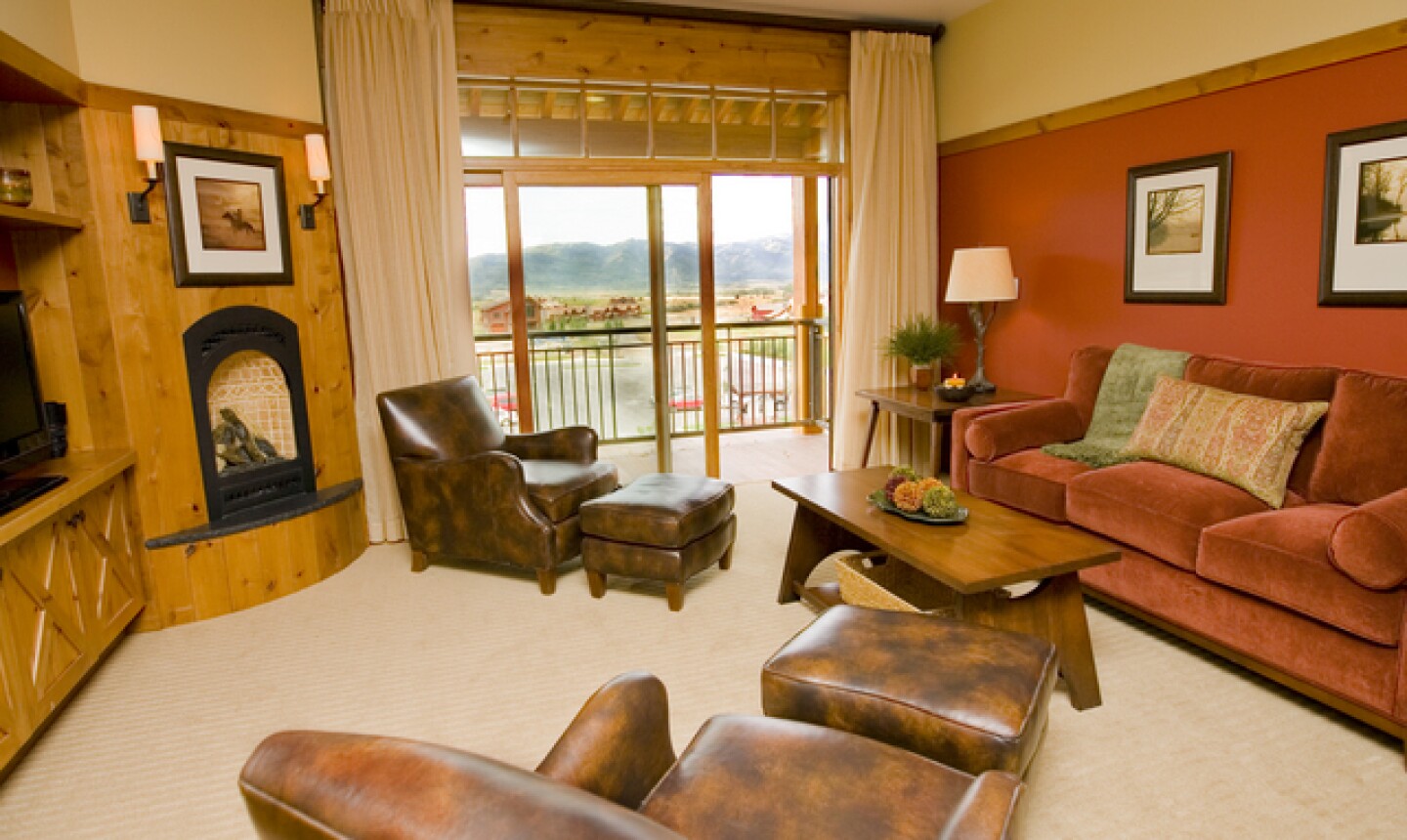 A member of the Small Luxury Hotels of the World, guest rooms at the Teton Springs Lodge & Spa are stylish and comfortable. Courtesy of Teton Springs

VICTOR, Idaho - The Headwaters Club at Teton Springs was mostly free of golfers on one unseasonably cool early June afternoon in the Teton Valley.

Which made the back-up on the 12th tee all the more mysterious.

As we approached, it looked like the foursome ahead of us was gazing at a house near the tee box. A beautiful new house with nice woodwork, sure - but not necessarily worth putting the breaks on your round for. Then, as we arrived, we saw the real draw: A bald eagle stoically perched on the roof.

This isn't a surprising sight to members and golf course staff. Turns out a giant Eagle's nest sits in the trees near the entrance to Teton Springs Lodge & Spa.

The golf at the new Headwaters Club is good, indeed. But the real draw around Victor and the Teton National Park is the stunning mountains and wildlife. Golf makes up just a fraction of the nuggets the Teton National forest has to offer.

This lone bald eagle, which according to staff regularly uses this perch to fish for its young, isn't the only creature worth pausing for.

Later that day, we were heading along the Teton Pass towards Jackson Hole when we saw two SUVs pulled over on the shoulder.

"There's a grizzly running around up there!" folks shrieked, trying to catch another glimpse of the beast as it bounded along the mountainside.

While bears, moose and plenty other creatures from the mountain west are your neighbors in the Tetons, other visitors to this part of Idaho are more concerned with what's under water. Fishing is a big attraction.

"For the avid golfer who is also a destination fisherman, this is 'mecca'," said Derek Hutton, a guide for World Anglers (www.worldcastanglers.com) in Victor, as we headed along the South Fork. Their company leads fishing tours out along the South Forks, Henry's Fork and Snake River, all teeming with wild native Yellowstone Cutthroat and Snake River Fine Spotted Cutthroat.

The region also attracts skiers in search of some of the West's best powder at the renowned Grand Targhee Ski Resort just up the road from Victor. The dining and nightlife of Jackson Hole, which attracts film stars from all over the world to its annual film festival, is just over the pass to boot.

The Headwaters Club at Teton Springs

The centerpiece of the Teton Springs community is the new Headwaters Club. Open to both members and guests of the lodge, it features the nine-hole Nelson Course and the 18-hole Championship course. It debuted in Idaho with a splash, earning the No. 3 spot on Golf Digest's in-state rankings.

The course was designed by the late legend Byron Nelson and former U.S. Open champion Steve Jones and plays as meaty as you want, up to 7,500 yards from the "Nelson" tees.

Surrounded by gorgeous mountain scenery on every side, the course is full of brawny holes where you really need to smack it, especially holes like the par-4 eighth, a mighty 480 yards heading uphill to an elevated green. The long 18th hole could be on a PGA Tour venue: a 490-yard dogleg right around water with bunkering swallowing up bailouts left, fittingly the most difficult drive of your round.

But perhaps the course's best asset is its shorter, risk-reward holes. No. 10 is considered a signature - a short par-3 over water - while the 15th is the most exhilarating risk-reward hole. At just 330 yards, it's a drivable par 4 with a green surrounded in front by water that begs you to take aim at the pin.

Less than a year old, the Teton Springs Lodge & Spa (www.tetonspringslodge.com) is still putting together the finishing touches, but it's easy to see this is a resort that knows how to hit the details in luxury, from beautifully appointed guest room designs to service.

It's a member of the Small Luxury Hotels of the World Group, comprising about 400 hotels in 70 countries. Though the list is littered with posh spots from Italy to Singapore, this little lodge in this tiny Idaho town holds its own in this prestigious set, thanks to its 52 beautifully appointed one and two-bedroom guest rooms, complete with crackling fireplaces for those cool Idaho nights.

For the days you decide to stay on property, the tennis courts and a full-sized swimming pool and hot tub are on site, not to mention the Stillwaters Spa, which features a full menu of massage and beauty treatments.

And because Teton Springs Lodge & Spa is a small hotel, you're going to notice the service here. The front desk keeps a wide range of DVDs you can check out for free.

On this particular visit, I finished my round of golf and my frigid bones were begging for a pre-dinner steam. Only problem was the spa had closed for the evening.

No worries, the receptionist unlocked the locker room immediately and told me to take as long as I needed. That's V.I.P. treatment you seldom get at a larger luxury hotel.

"We'll do that for anyone," noted General Manager David Smith, who operated fine hotels all over the world before coming to Victor to open the Teton Springs Lodge & Spa. He's assembled a friendly staff you'll become happily familiar with by trip's end.

"We're certain you will notice how wonderful the service is here," he said.

Getting to Teton Springs

Tim Gavrich
Senior Writer
Now Reading
Though it boasts a fine course and a posh resort and spa, Teton Springs is more than just golf
Search Near Me