Willbrook Plantation Golf Club in Myrtle Beach: Great for women, but men like it too 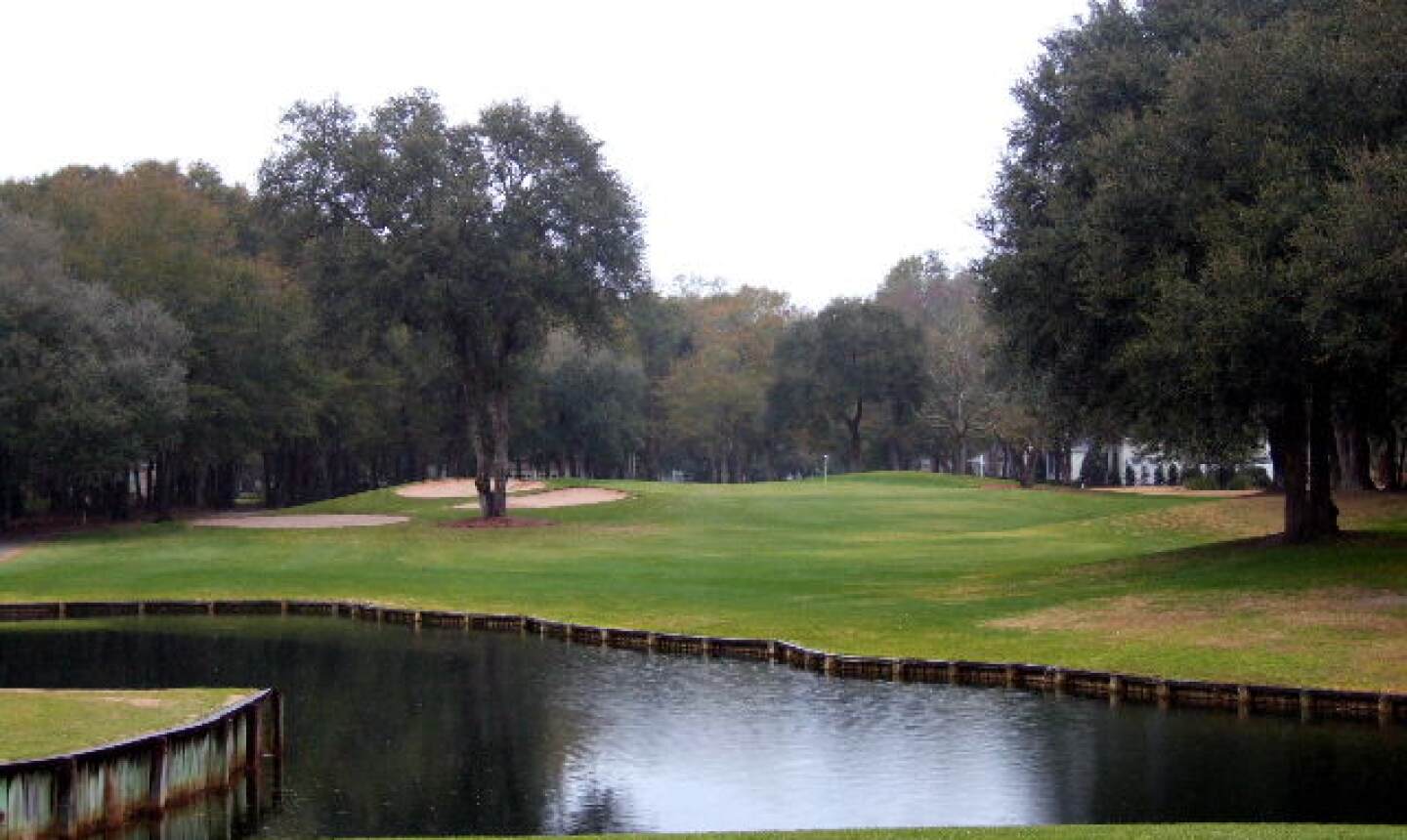 Willbrook Planation on Pawleys Island is a favorite of women, but that doesn't mean it's easy. Brandon Tucker/Golf Advisor 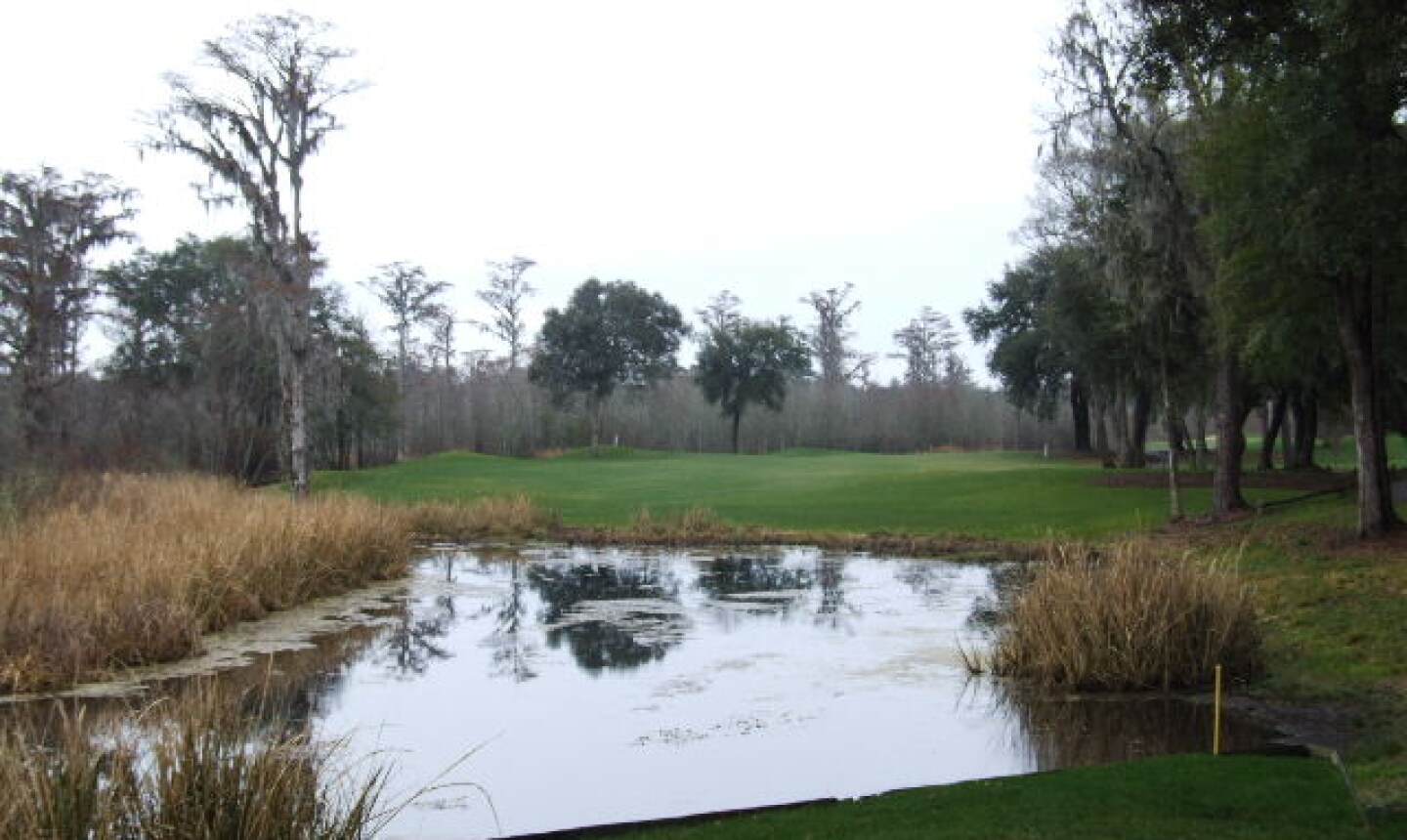 The first tee shot at Willbrook is the most difficult on the course. Brandon Tucker/Golf Advisor

Willbrook Plantation Golf Club on Pawleys Island has earned a reputation as one of the Myrtle Beach area's most "woman-friendly" golf courses, ranking 25th in Golf for Women magazine's most recent U.S. top 50.

But don't let that dissuade you gentlemen. Willbrook is thinking of you too.

"The course rating from the men's tees is right up there with any of the championship courses on Pawleys," said Kevin McGuire, head professional at Willbrook. "But there are a lot of bailout areas too. If there's a tough hole, there's usually a hole right after it that gives you a shot to get a good score if you had a bad time on the last."

Built in 1988 from a Dan Maples design, Willbrook has five sets of tees, playing 7,155 yards from the championship tees and 4,956 from the front. There are several short par 3s and numerous holes with open greens.

Another possible reason women like Willbrook so much: On many holes there's water right in front of the men's tee, affording many opportunities to watch mates' hubris crumble as they top drives into the drink.

Willbrook's toughest shot is the drive at No. 1, so you'll want to show up primed, whether that means an extra cup of coffee or rocking out to Ozzy in the car on the ride over.

From the men's tees, it's a 400-yard dogleg right with marsh down the right side and a cluster of trees at the corner about 240 yards out. Your drive will have to be both big and accurate just to get a clear shot into a green protected on the left by water.

The short par-3 sixth is the signature hole, with the ever-popular island green employed by just about every worth course on the Strand. The unique touch here is a large green with a big back-to-front slope and a small collection area that will catch many shots.

Men will especially like Willbrook's collection of par 5s that are reachable in two but demand precision shaping, both draw and fade. Take No. 3. A tree at left juts out just enough to protect the fairway, but a well-played draw can put you in good shape to go for the green. A collection of bunkers guarding the right side of the green makes a fade more appropriate for the approach.

The course closed last summer for a variety of upgrades, most notably on the greens. They were rebuilt with Champions Bermuda, a popular new grass favored by many upscale southeastern tracks for their speed and tolerance for heat. Drainage and tee boxes were also improved.

Though its female-friendly rep precedes it, Willbrook Plantation is a fantastic play for both golfers of both genders and all skill levels. The day I visited a group of 16 men was playing ahead of me; according to the staff, they visit annually from Michigan.

Located off Highway 17 on Pawleys Island south of Myrtle Beach, this golf course is a near-perfect blend of challenge and playability for mid-handicappers. Few holes are knee-knockers (No. 1 is the exception), but you won't find any gimmes either, even on the shorter par-4s.

It's also a beautiful setting, with a variety of colorful flora, pines and mossy maple trees at every turn. Don't be surprised if you see an alligator lurking in the marshes either.

Willbrook was built on a historic plantation. Eight stones plaques around the grounds mark locations of interest, such as old entrances and archaeological sites.

Tim Gavrich
Senior Writer
Now Reading
Willbrook Plantation Golf Club in Myrtle Beach: Great for women, but men like it too
Search Near Me