How to play this course

2. Aim at tree on the left, cut it right. Fairway runs left to right. Six or seven iron in depending on pin. Green is tricky so give your read an extra look.

3. Plays 205. The green is a bowl everything pulls to the middle.

4. 265 yards to clear the bunker on the left. 270 to crest the hill and if you do it can run out. Three bunkers separate the fairway and the green. Green is big and flat and easiest on the course.

5. Uphill 174 yards, play one club up. The green runs back to front with a huge swell/false front. You have to get it back there. Don't be short.

6. Keep your drive down the right side 240 yards to clear the bunker on the right. No issue with trying to run the ball up to the green, it's big and flat with some undulation in the back that slopes left to right.

7. A 250 yard drive puts you 15 yards past the bunkers on the left, so you have an easy 7-iron in. This is another hole you can run the ball up to. The green slopes back to front right to left.

8. A solid 260 yard drive Will go 300 because of the elevated tees. No need to go for the green in 2, in fact it's ill-advised because of how tight the green is. set your second shot up so your third shot is 85-100 out. Very small green - avoid the deep bunker on the right. False front will pull everything off the green if you're not over it.

9. 4i down the right side or driver down the middle with a fade so you have a nice look at the pin coming in. This is a perfect 60 degree in from a nice drive. There is no need to hit your driver, but it depends on how you're hitting it.

10. A 270 yard drive will put you on the upslope with 70 yards in. That second shot is farther than it looks. The green is ridiculous left to right and there's a false front so mind the pin placement.

11. 270 is good positioning of the tee. Favor the right if you can to avoid bringing the green side bunker into play. Second shot is further than it looks because it's uphill. Green runs back to front.

12. This is a 7-iron even with the flag in the back. Green is undulated but easy to read.

13. Play the baby fade and Run the ball up to the green.
Bunker on right is 220 to clear it. Could also hit 3w or 4iron off the tee left of trap

14. This is a pitching wedge or nine iron depending on where the flag is. The green is a split to your right down the middle the left side is 5 feet higher than the right side. Hit the middle of the green and everything goes right.

15. Play a big cut down the middle to the right side of fairway where it's open. The green goes hard left to right.

16. Keep everything left because it's going to run right. Green is reasonably flat. Watch the bunkers coming in to the green.

17. Drive down the left side. 250 to the bunkers on the right. Maybe a 5-6i in. Deep bunker guards the right side of the green.

18. Drive 270 for a PW in. False front on green will pull ball off and it could roll down the fairway. Watch out for red flag up front. Blue pin location is ideal in back right corner. Just get it to the back of green. It'll run right to left.

Donald Ross first put this course in play in 1922 and it plays like a classic course. The severe uphill and downhill holes remind you that this is a course that was built long before serious earth moving was part of golf course design.
The second cut of rough on this course is both penal and unevenly cut. It becomes a real problem along the right side of #1 #2 #8.
The staff is courteous as you would expect with a private facility and the locker rooms are clean and well maintained if not up to date. 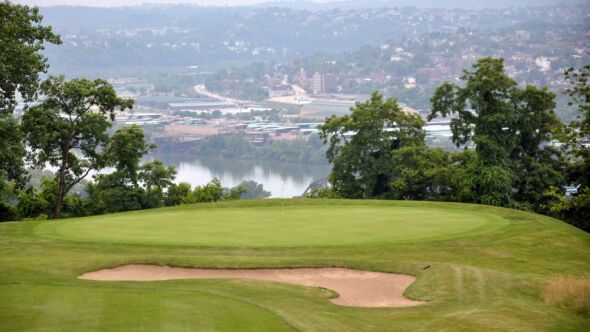 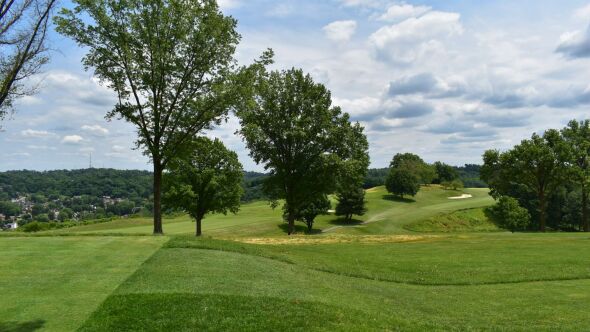 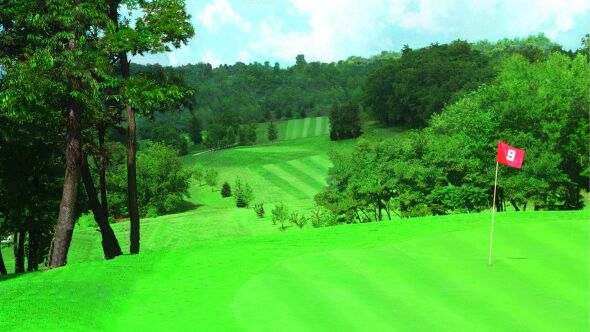 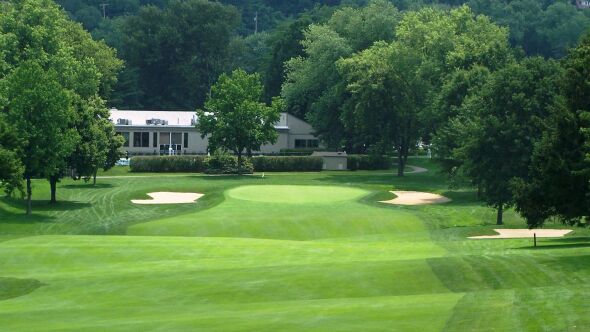 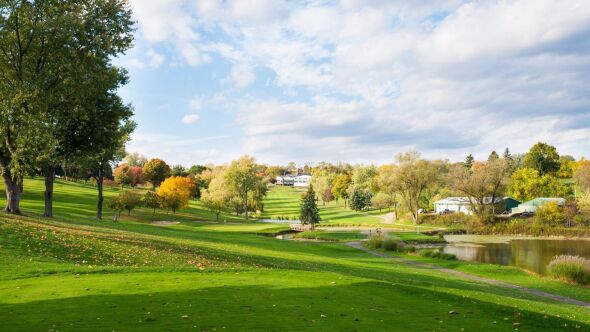 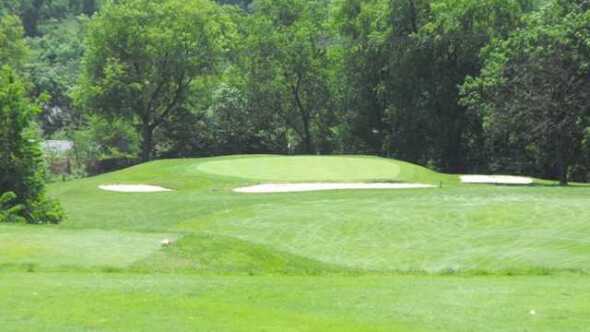 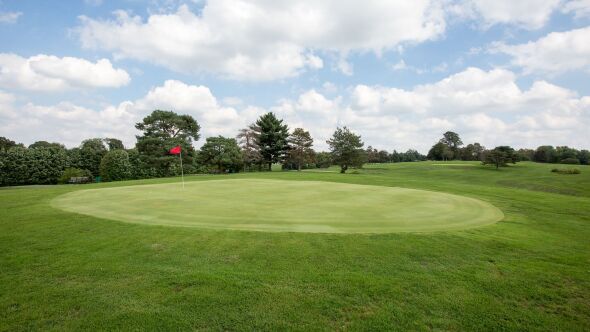 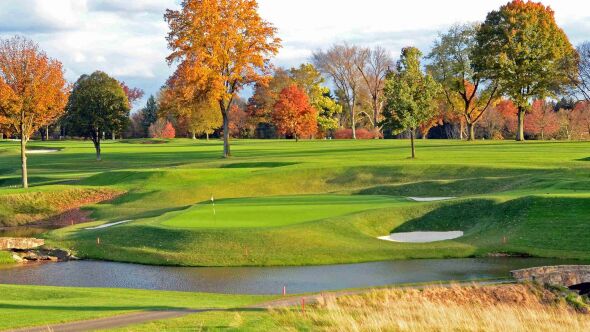 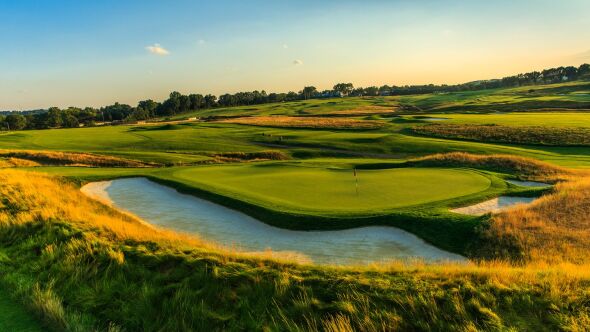 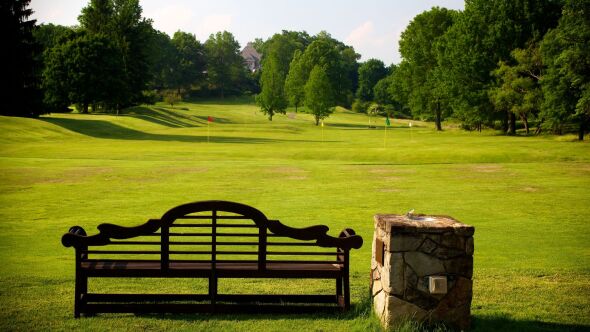 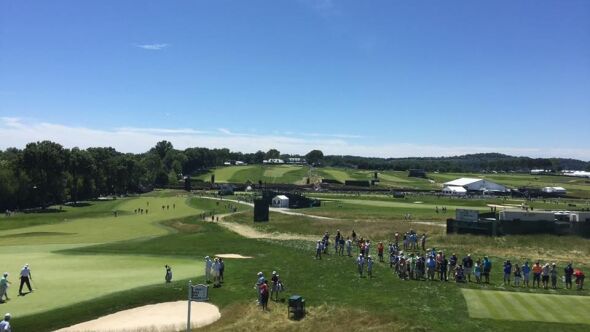 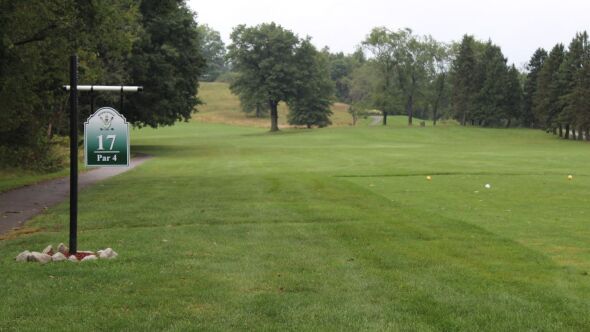 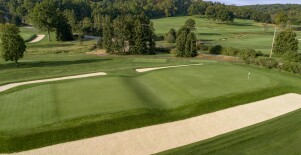 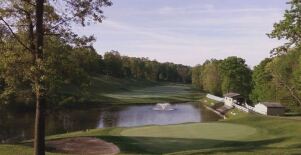 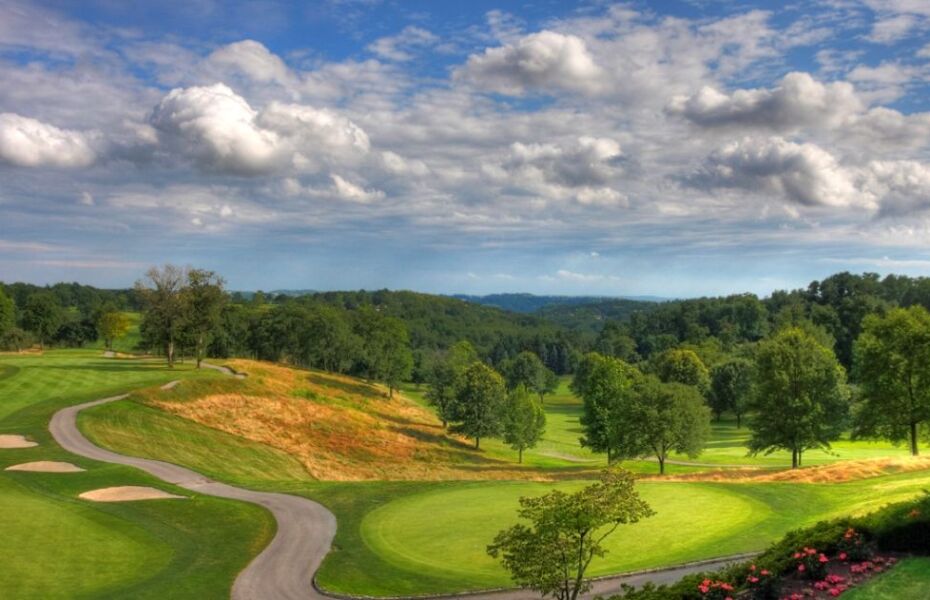 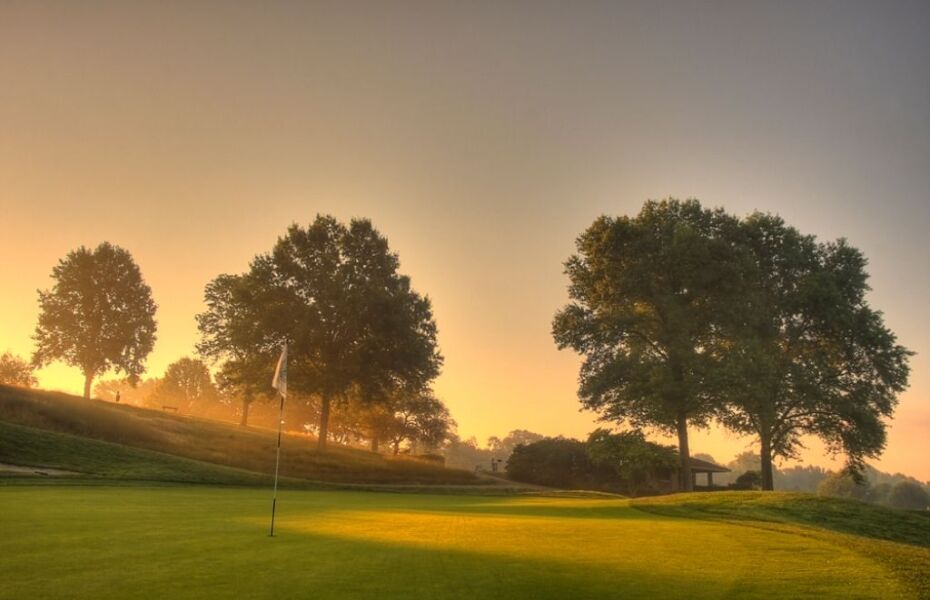