Twisted Dune Golf Club lives up to his name with its twisting links-style layout, elevation changes, and rolling fairways. The golf course has par-5 holes that stretch over 500 yards as well as several par-4's and par-3's. The course also has wide fairways and large greens of bent grass.

The 19th Hole is Great For:
Drinks 10
19th Hole Scenic Views 6
Course Challenges Include:
Bunkers 61
Undulating Greens 42
Elevation Changes 39
This course/club is great for:
A Weekend Splurge 34
Advanced Golfers 34
Wildlife/ Scenic Views 34
This Course's Location is:
Worth the Drive 37
Convenient to the City 17
Near Local Attractions 17

u301256620
Played On 05/13/2021
Reviews 6
Skill Intermediate
Plays Once a month
I Recommend This Course
5.0
Verified Purchaser
Previously Played

Played in a twosome in less than 3 hours. Greens true but really firm

Course layout is interesting, but the condition of greens and gateways left a lot to be desired.

No evidence of grounds watering. Course will get worse in summer droughts. Price paid for 18 holes was too high given the iffy course conditions.

Love this course. Played quickly for a twosome. Greens were rolling pretty fast

First time playing Twisted Dune. After the first 8 holes, I turned to my playing partner and remarked that the course was nice, but not the Scotland links I'd expected. That assessment was premature. Starting with #9 and continuing throughout the back 9, this course has a beautiful links layout, with undulating fairways and greens, and incredible scenery, especially the water features. I'd held off playing this course for years, as I'd heard it was difficult. That was not the case. I'm a high handicapper (usually shoot 100 +/- 5) and I really thought this course was a fair challenge but not too difficult. Having said that, I need to point out that we played from the gold tees. Had we played from the whites, I may have had a different assessment. But the length from the golds was just right, and allowed me to putt for par or bogey on most holes (making those putts is another story).

My only negative - and it's a big negative - was the condition of the greens. They had been aerated recently and back filled with sand,, and were still recovering. Accurate putting was near impossible. The greens will recover soon and be in good shape, but until then, forget about acccurate putting and reads.

Surprisingly, I wasn't in a sand trap all day, but had I landed in one and had to hit out, the condition of the traps would have likely been another negative. They were in poor shape - lots of rocks, not well maintained, remnants of standing water, etc. Hitting out of the traps would have been a nightmare. There was an informational placard posted in the men's room that detailed a 3 phase plan to renovate the sand traps/hazards that was supposed to be completed in 2020, but it's abundantly clear that it was not. Not sure if COVID had an impact on plan execution, but the bottom line is that the sand hazards are really in bad shape and need attention.

Course was in excellent shape. You think that you are in the British Isles. Watch out for the numerous bunkers.

Playing back nine there were several holes that had excessive water. They had pumps pumping water on multiple holes.

Today was Easter and also our 34th Anniversary at the same time. We played with our friends at Twisted Dune.
The condition if this golf course was just fantastic. We will play here tomorrow again. 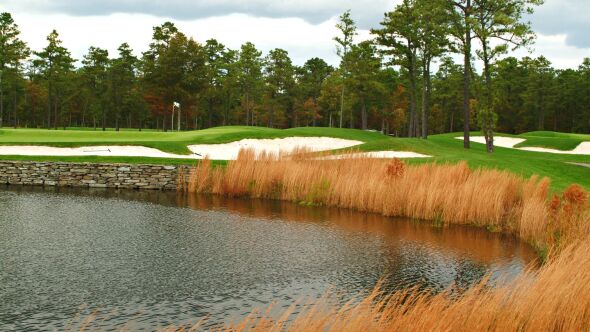 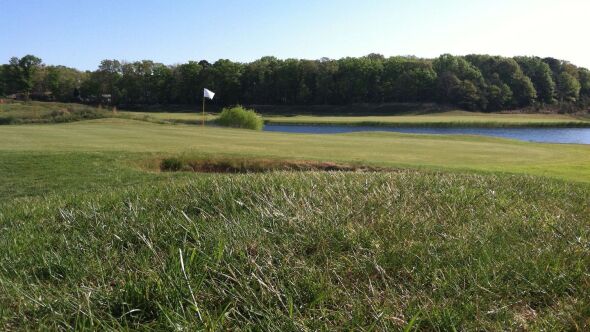 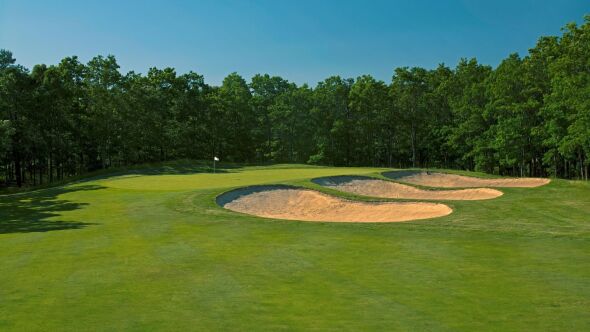 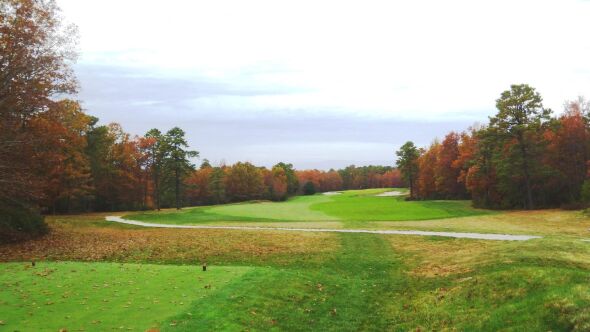 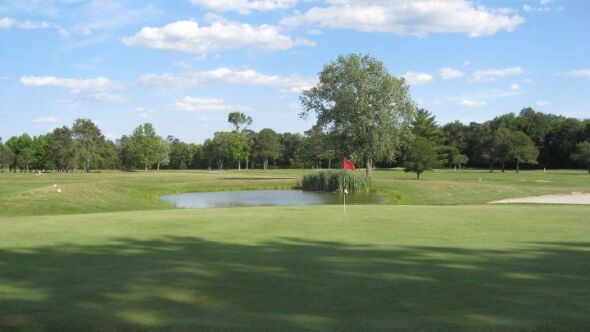 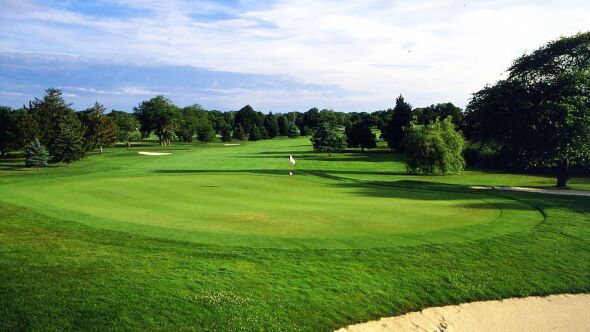 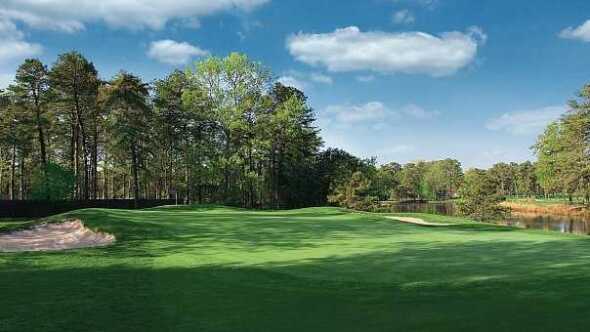 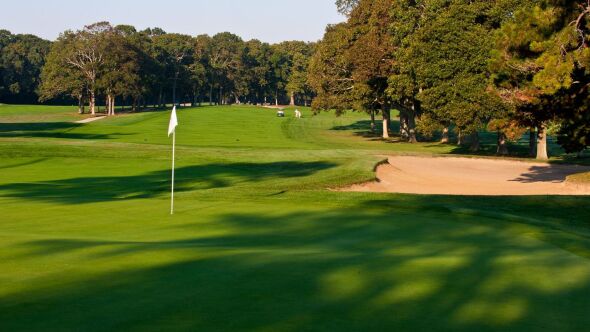 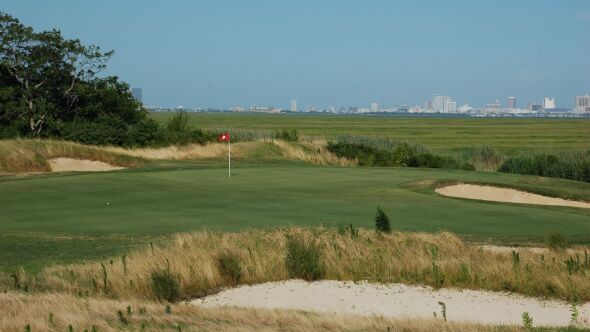 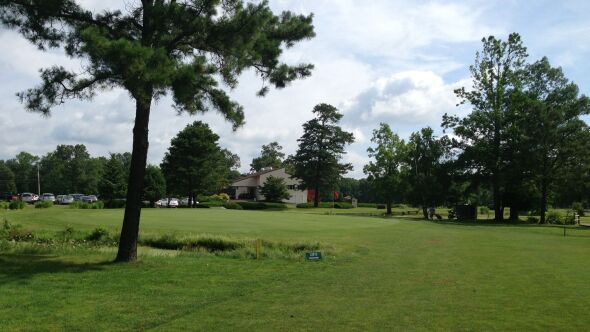 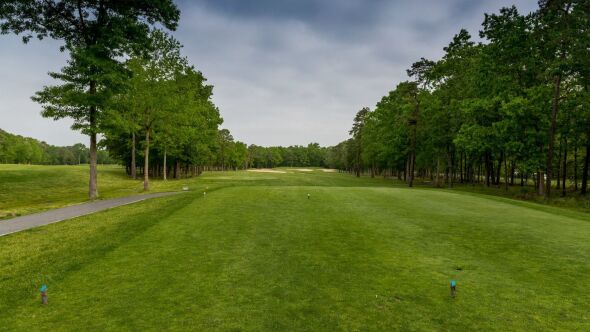 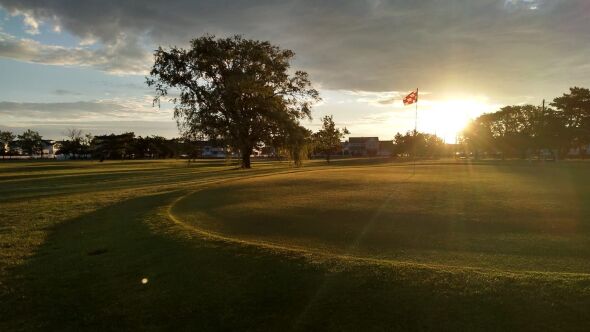 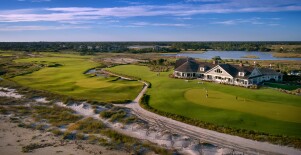 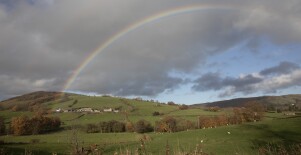 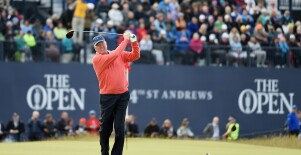 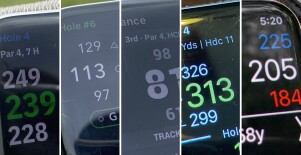 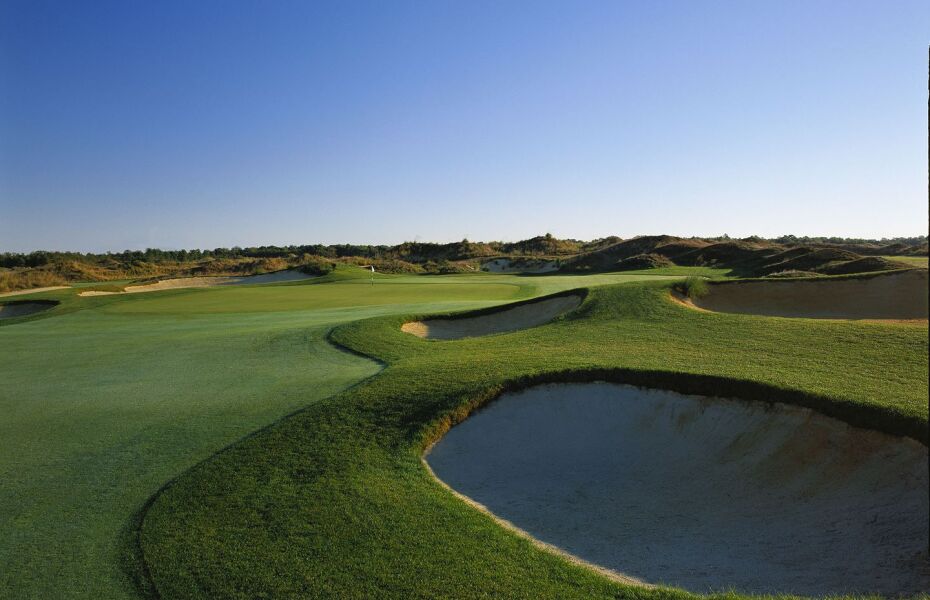 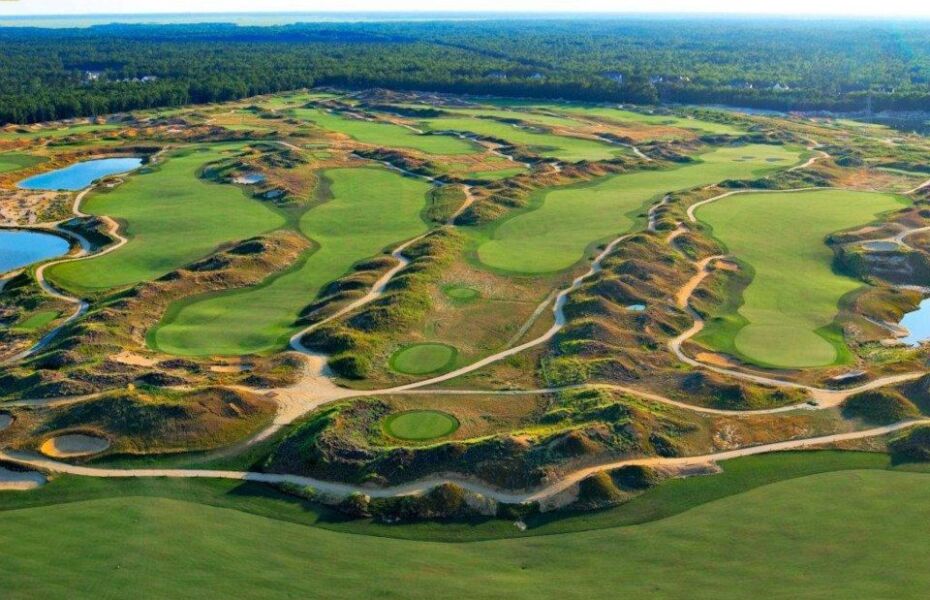 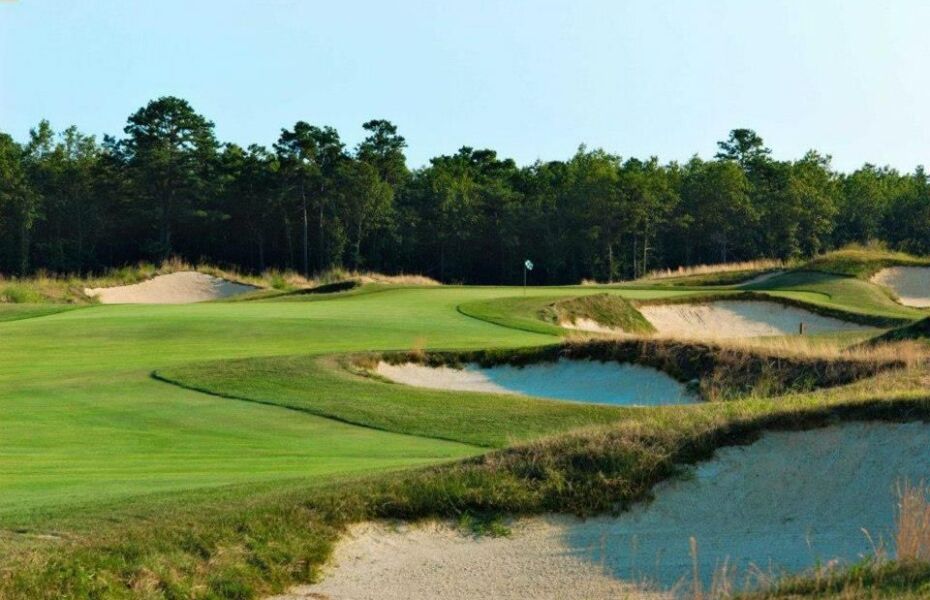 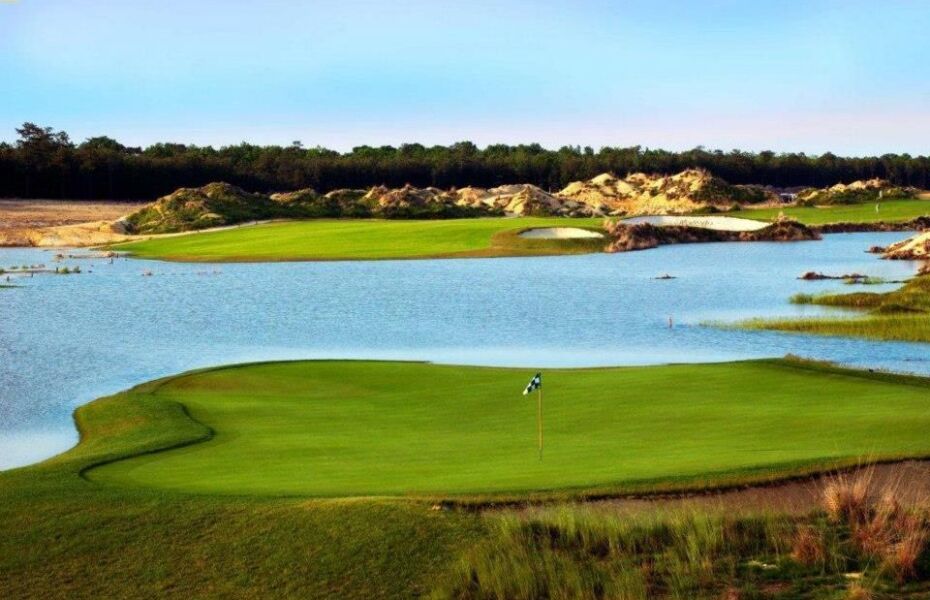 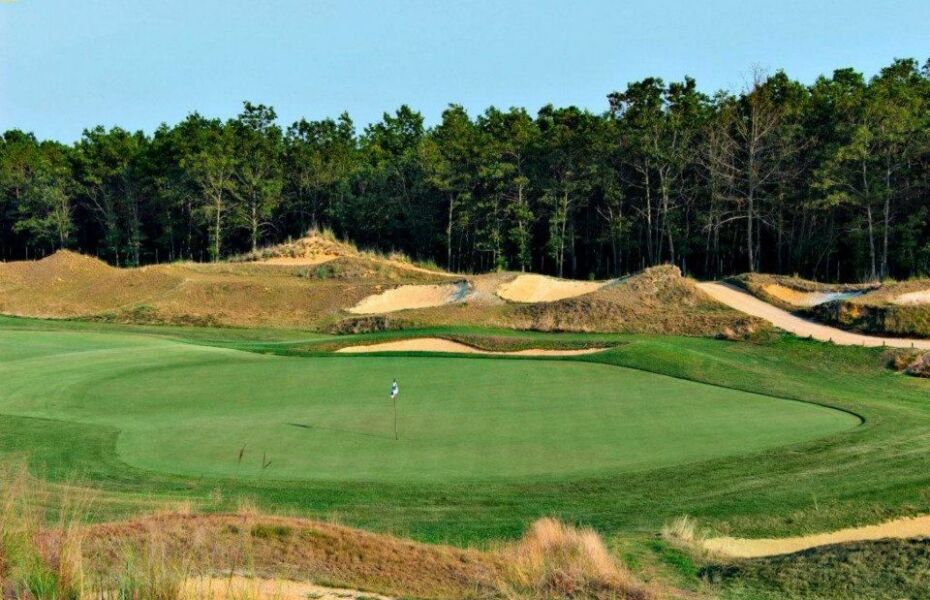 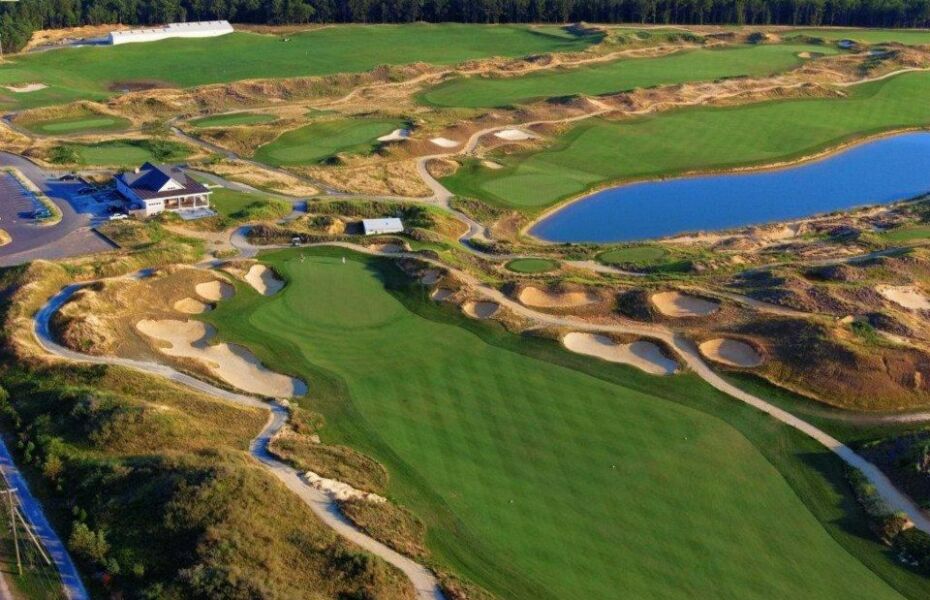 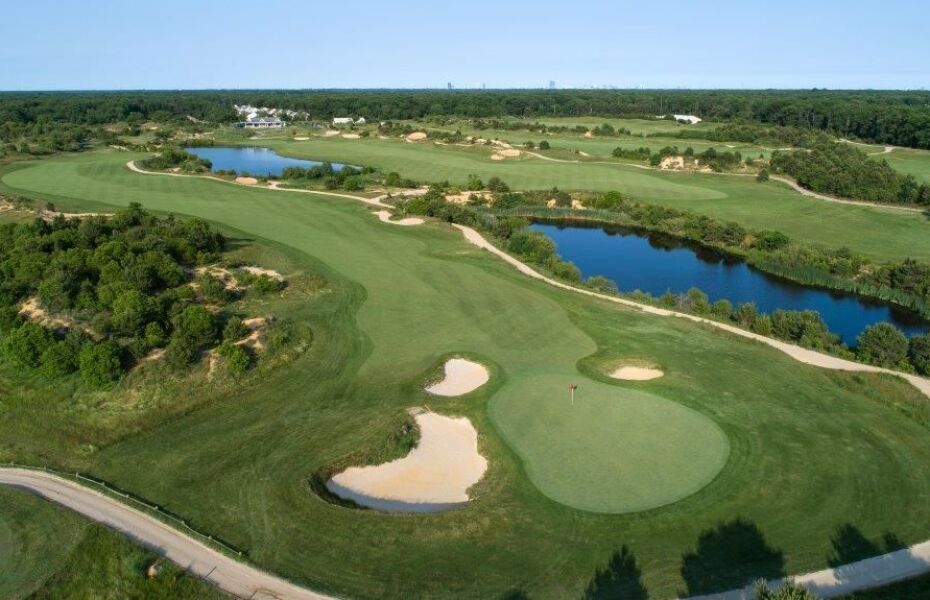 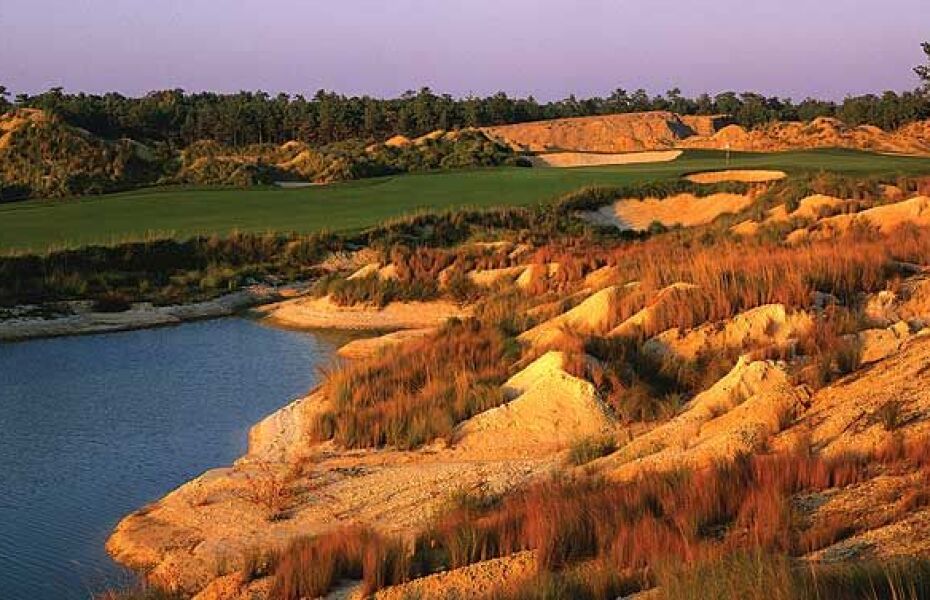