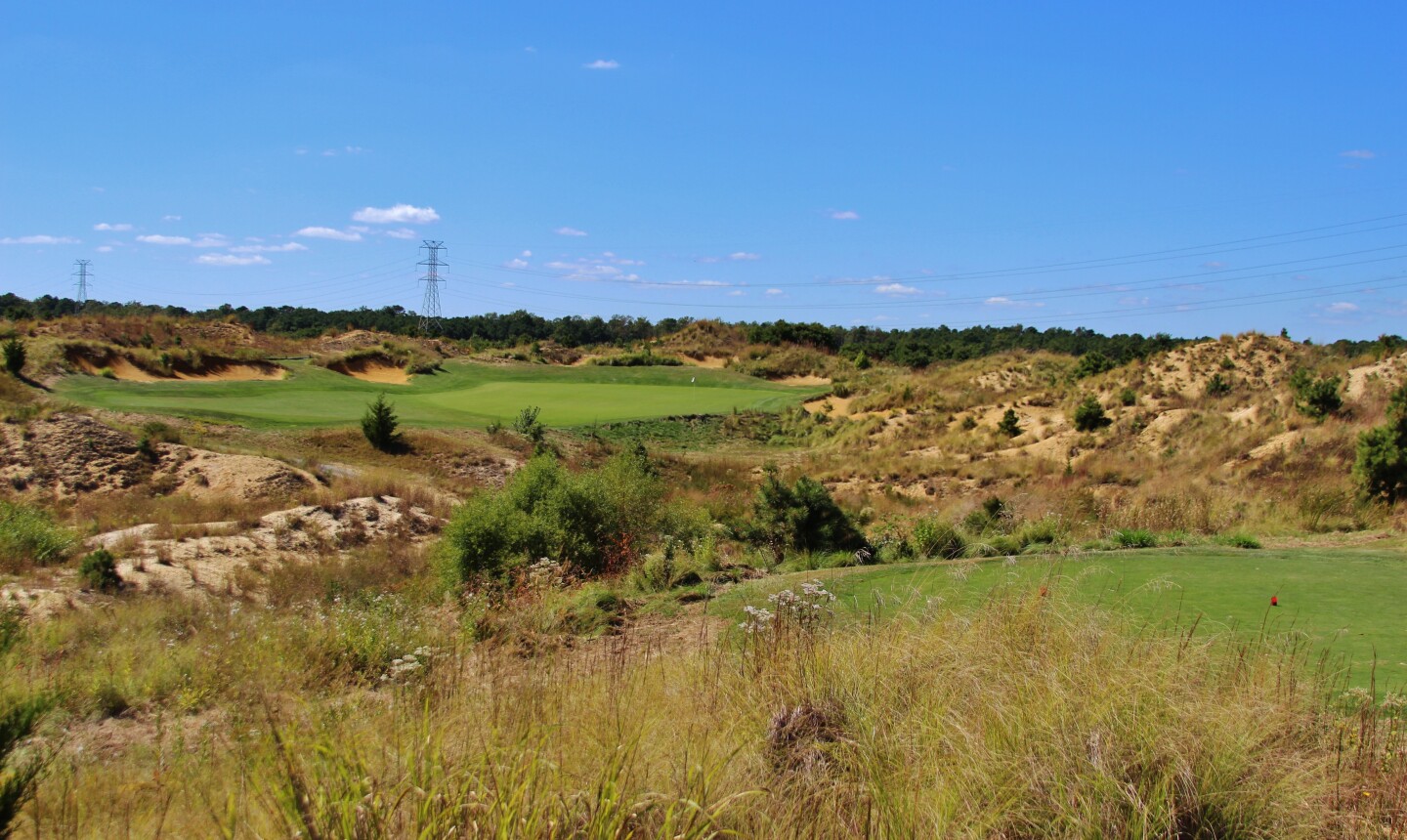 The par-3 16th hole might be the most visually appealing at Twisted Dune Golf Club in Egg Harbor Township, N.J. Jason Scott Deegan/GolfAdvisor

They're both true architects of a one-hit wonder. Struthers' only foray into golf course design was Twisted Dune Golf Club. Struthers, now a real estate broker in Ocean City, successfully transformed an old horse farm into a wild playground of dunes and fescue.

A decade later, Struthers' one-hit wonder is more "Come On Eileen" than "Macarena." It's got some staying power. Most golfers love it. Twisted Dune, which debuted in 2001, continues to rank among the top three public golf courses in New Jersey by almost every golf publication.

From the start, Twisted Dune was a complex project. Twisted Dune General Manager Scott Dunn said the team of Rees Jones originally started the work before a difference of opinion allowed Struthers to step in. The opening date was delayed for at least six months to a year, Dunn added, because the moving and reshaping of 2.5 million cubic yards of dirt took so much time and care.

The secret to Twisted Dune must be in its dirt, a catalyst for two successful developments. Dunn said much of the excess sand from Twisted Dune ended up as fill for the foundation of the Borgata Hotel Casino & Spa, arguably the premier casino in all of Atlantic City.

"Archie spent a lot of time on each hole," Dunn recalled. "When the dunes were built, he wanted golfers to play each hole by themselves. Instead of a tree-lined course, it is dune-lined. With the pine trees and fescue, it has really grown in. It's got a great look to it. There are only a few holes where you see other groups."

Twisted Dune looks like a scaled-down version of Pete Dye's Whistling Straits Golf Club in Wisconsin. The manmade mounds, irregular-shaped bunkers and the tall fescue give it that "links" look. Some believe the dramatic landforms at Twisted Dune seem more authentic than Whistling Straits.

"Here you have plenty of ups and downs. A lot of the golfers like that," Dunn said. "Every hole is different. Some go right and some go left. It's unique."

Dunn describes Twisted Dune as a feast-or-famine type of course. Better players have fewer problems hitting the massive fairways and bigger greens and tend to score well. Higher handicaps, though, face a much more daunting challenge.

Standing on the tee can be so distracting. Even though there are 42 acres of fairway -- well above the 24 acres of fairway on most courses, according to Dunn -- all your eyes seem to focus on are the menacing four-foot-tall fescue grass lining the perimeter and the gnarly looking bunkers you're supposed to avoid. Visual intimidation tends to puts hackers on high alert. "It's challenging, but if you keep it in the fairway, it is playable," Dunn said.

Another word of warning: Twisted Dune does not have a liquor license. A lot of golfers looking for post-round drinks head to the excellent Library III restaurant inside the clubhouse at McCullough's Emerald Golf Links down the street. Dunn said Twisted Dune allows golfers to bring their own alcohol, a secret weapon in some cases.

"We get a lot of bachelor parties since we're so close to Atlantic City," Dunn said. "They like that they can bring their own beer. It is almost a selling point. 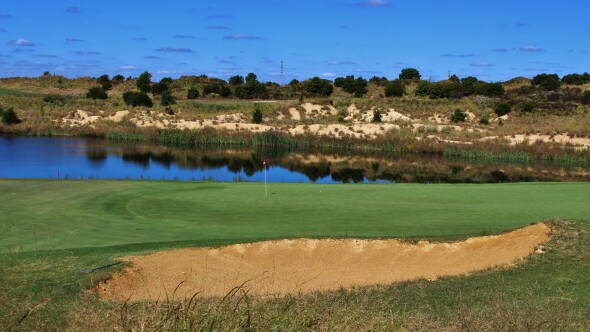