The Cinnamon Hill Course at the Rose Hall Resort and Spa is situated on what used to be a large sugar plantation. Jamaica's past history is still present throughout the golf course in the form of graveyards and ruins of old homes. One of these homes, which can be seen from the second hole of the golf course, is the historic former house of Annie Palmer who was called the "White Witch of Rose Hall." The golf course's layout begins fairly open but gradually moves into the lower elevations of the Blue Mountains, where there is dense foliage guarding the fairways. The Cinnamon Hill Course at Rose Hall is not only popular for its lush landscape filled with historical sights, but also for its challenging game.

This review should be prefaced with the fact you are GOLFING in Jamaica! The expectation should not be scissor manicured fairways and tee boxes. The course was in very good condition in my opinion. Sure some tee boxes could use some attention and not every bit of the cart path was perfect but that was the nostalgia of playing in Jamaica. I played 36 holes and enjoyed every last one of them. The staff treated me as if I was a regular member and my caddy, Wayne, was second to none. He was so great we even asked for him the 2nd day we came back. If he is on site when you visit please be sure to ask for him by name. If you are visiting and have time to get a round in I would recommend Cinnamon Hill as the staff and the Caddy alone is worth visiting.

Teeing it up twice during back-to-back rounds competing in the Jamaica Invitational Pro-Am "Annie's Revenge" was all I needed to see -- Cinnamon Hill has become my favorite course on the island. While Witch Witch (closed until summer 2022) and the Tryall Club are also contenders, I don't believe either can match the number of memorable holes or interesting backstories throughout the routing. The front nine introduces the Caribbean Sea on holes 5-6 and the back nine climbs deep into the jungle. Along the way, you'll encounter a hidden cemetery behind the fourth tee, a James Bond film site, a waterfall on a par 3, ruins of an ancient aqueduct and a former home of Johnny Cash. How's that for a singular golf journey?

Cinnamon Hill was a great course with two different nines!! The 5th hole is absolutely breathtaking. The back nine has a lot of elevation with great views. I was lucky enough to have Fabian as my caddie two days in a row. Fabian is a wonderful person, a great caddie and a master green reader. If you are going to play Cinnamon, please request Fabian as your looper.

Course is beautiful with awesome views of the ocean! We did get a discount rate with Teeoff, but I do believe there were a few available on Golf Now my usual choice! The normal rate is pricey and they do require a caddie for a fee of $30 for the two of us. Of course a tip is given as well as much as you feel is appropriate for the service you received. I had never played with a caddie before and I was pleasantly surprised! We were lucky to get Mario and I would highly recommend him!!!! He not only told us all the required distances and where to aim on the greens, but he hustled to get to our balls, retrieve lost balls if he could, wipe down our clubs and balls as needed and he was even handing me club recommendations based on how he saw me playing with other tips as well. First time out since November and I got my best score ever!! We played the course next door, White Witch, two days later, also really beautiful course (a little harder) but caddie experience was not as excellent as Mario!!

Tougher than it looks

So I played the course in July which is probably not the best time of year. It was somewhat burnt conditions, the greens looked slow but definitely are not, they are fast.
When I drove up the course looks wide open and easy, I was wrong on that too. The front is quite open but 20mph winds make it much more difficult. The back is super hard! 10 is an easy down hill, 11 is one of the most difficult greens you will putt. You are dead if you are above the hole.
Significant elevation changes on all holes on the back except 18 which is an easier par 5. Johnny Cash has a house on 14, it’s a museum now which is quite cool.
This course is much better that I initially thought. I played it 4 days in a row and really enjoyed it. A couple points.
- I got a tee time at 11, I was early (945) and the clubhouse guy said, pay me $35 and you can go now or you will wait until 11. The course was empty, that was really not cool.
- My caddie was named Garnett and he was excellent. I had him all 3 days and I would highly recommend.
- I’m typically quite straight with my shots and I lost a couple balls on the back. Be prepared.
Liked the course a lot.

I played Cinnamon Hill and two other rose hall courses with some friends while on vacation at Half Moon in Montego Bay.

The greens were the truest of the 3 courses we played. They were visibly dry in some areas which was no problem for us since they were the smoothest, fastest and truest of the 3 golf courses. When you hit the putt on the caddie line it went exactly where it should. Only course in jamaica we can say that for. Our caddies were amazing which helped out a lot.

The front 9 has some beautiful holes that take you right up to the ocean and along some old ruins. The back nine takes you in to the hills and mountains and has many breathtaking views. There is even a house that was owned by Johnny Cash on the property and a beautiful great house of the white witch right beside it.

The only down side to the day was the lady at the bar was a little bit rude and snappy with our group.

If anyone is going to be in Montego Bay Jamaica and wants to golf you should definitely play this course. Best in Jamaica.

Thank you to everyone at cinnamon hill for a great trip and great golf.

Just ok, and not worth it

Course conditions are average, greens are slow, and spotty. Also, pro shop tries banging you an extra $50 if you book online. Just not worth the money, especially when you have several better options right down the street

This course was awesome. The front nine runs alongside the beach with a couple holes right on the water, while the back side is like playing in a rain forest. Some amazing views, loved our caddie. Would definitely play again!

Back-to-back days of playing Cinnamon Hill gave me a deep appreciation for what a shot-maker's course this is. Playing in the "Annie's Revenge" Pro-Am, I had a front row seat to how a club pro, a five-handicap birdie machine, a 10-handicap (me and my other partner) and a woman navigate the course. The low handicappers would attack the really cool finishing par 5s at no. 17 and no. 18, while the rest of us struggled to handle their hazards. The par 3s over the ponds (no. 4 and no. 15) are scarier than they look. The two ocean holes, the tough par-4 fifth and the par-3 sixth, add beauty and variety to the hilly jungle holes of the back nine. Golfers in the pro-am were torn about which course is better: Cinnamon Hill or White Witch. After struggling badly on Cinnamon Hill the first day, the White Witch was my undisputed king. After the second round, where I played better because I better understood how to play each hole, it's now almost too close to call. Both are a Caribbean treat. 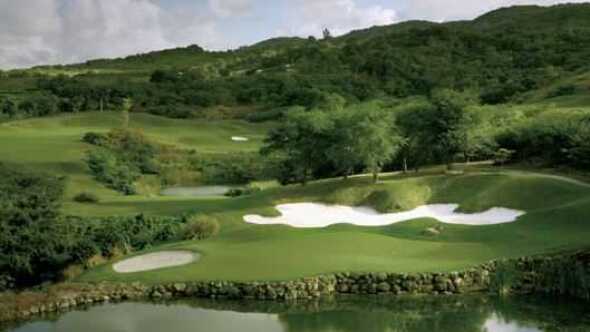 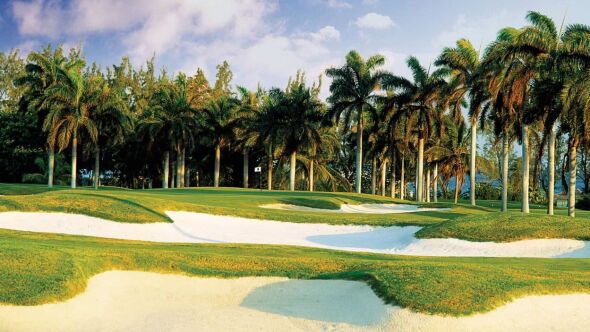 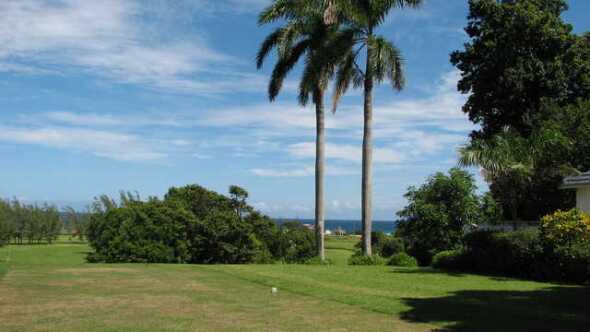 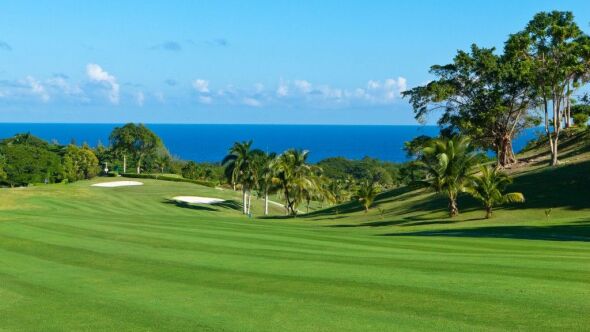 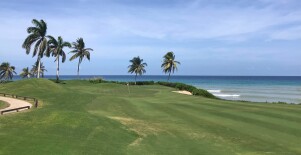 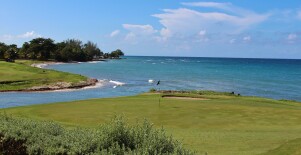 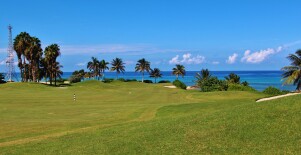 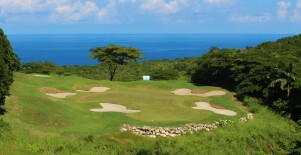 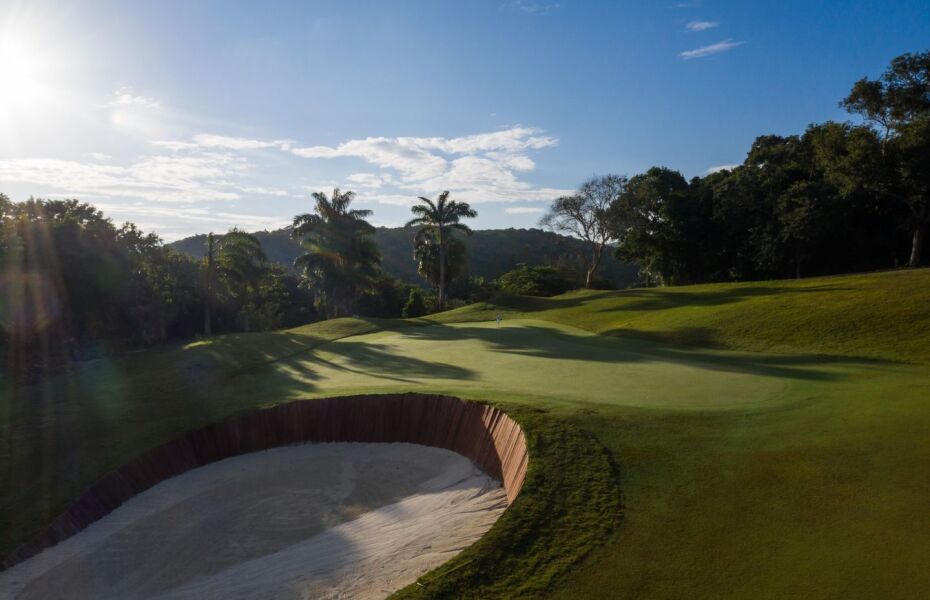 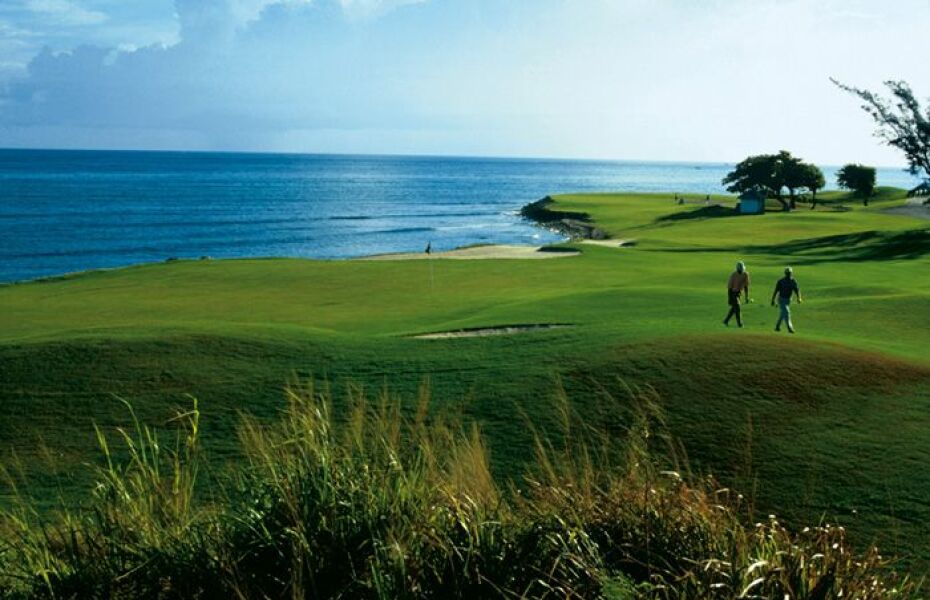 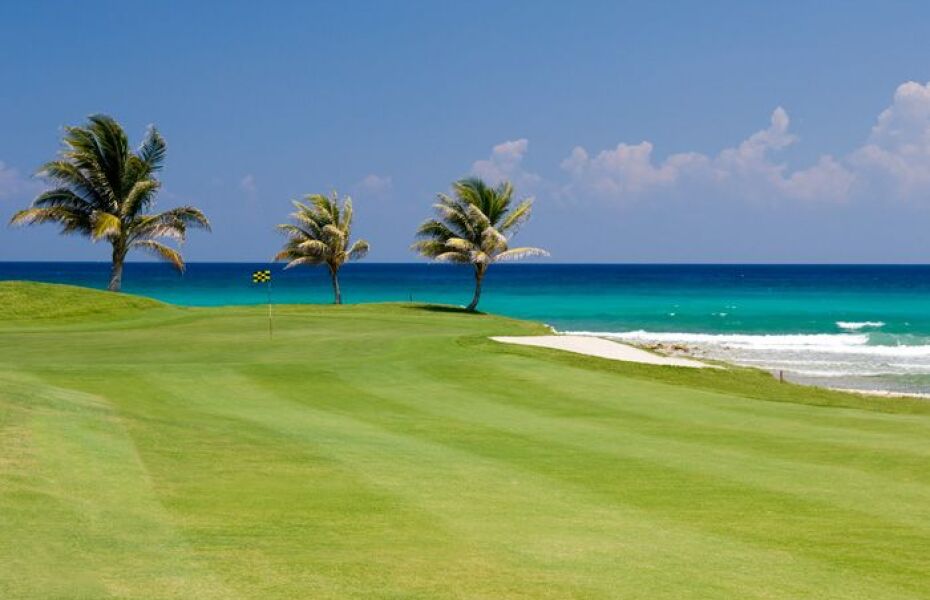 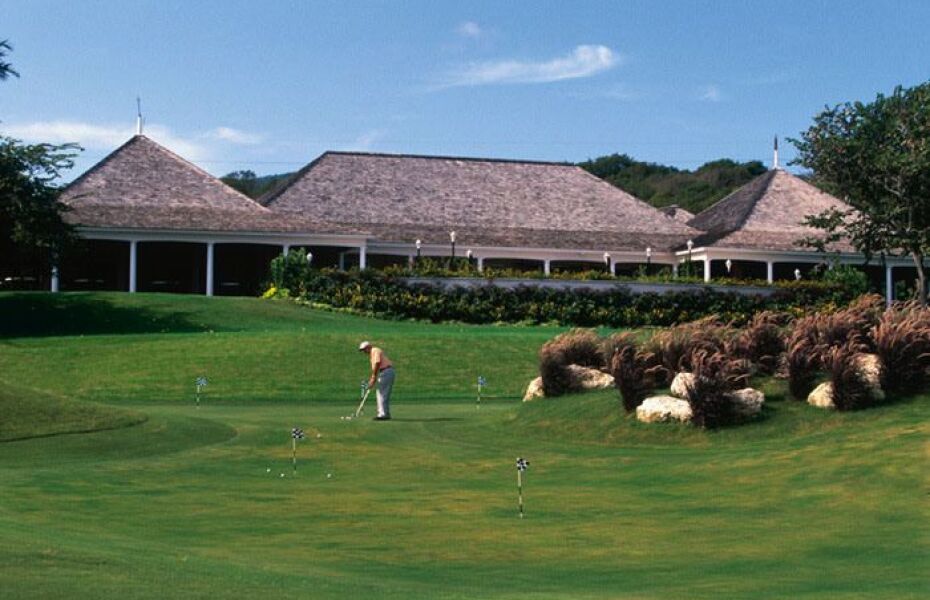 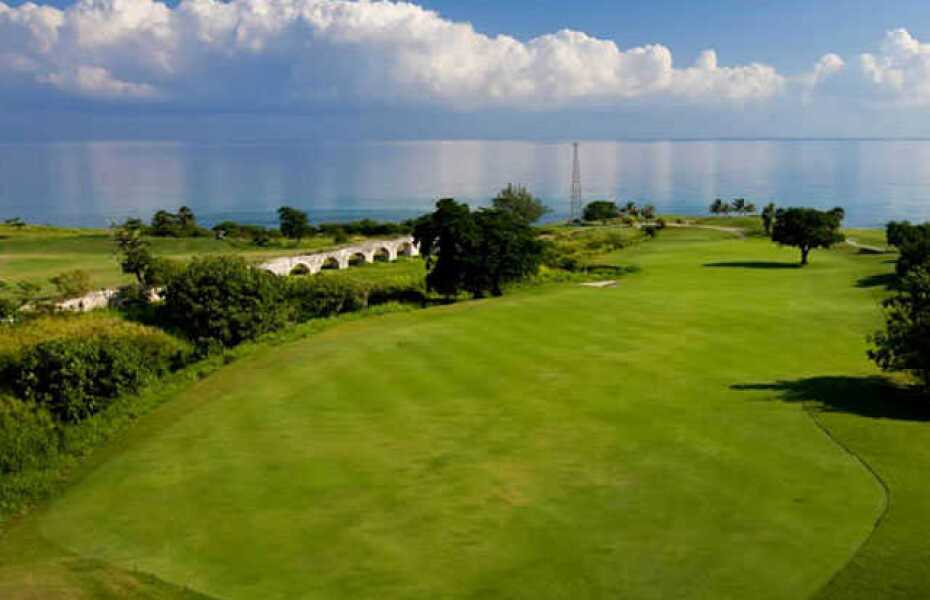