The 19th Hole is Great For:
Drinks 26
Patio Dining 23
Dinner 15
Course Challenges Include:
Elevation Changes 51
Bunkers 30
Narrow Fairways 29
This course/club is great for:
Advanced Golfers 34
Wildlife/ Scenic Views 32
Locals 25
This Course's Location is:
Worth the Drive 46
In the 'Burbs 8

This course is top two within a 60km radius.

For courses close to home that I play all the time, this is my number one or two.
Absolutely amazing views, such a picturesque course with just the right amount of challenge for each hole.
Tee blocks are actually maintained and the greens are absolutely perfect. This course clearly has greens keepers that know what they’re doing.
Also, the staff and food have always been excellent.

Worth the Drive to Pontypool

Have played this course a few times now and have loved it each and every time. Challenging and picturesque. Worth the drive from Barrie for me!

Nice course with some great elevation holes. Its best if you play it with someone who knows it well.

everything perfect today, even friendly weather and 2 other players with us

Update to previous rating of one star

The issue of tension between members and daily fee players is not unique to Black Diamond.
However, the response by the course pro, Wayne Ritchie, was unique. I now feel this was an isolated incident and not a reflection of the club culture.

Wayne responded to the concerns identified . The response was respectful, accurate and will bring me back to Black Diamond again as a paying customer.

Members ruined day with self entitled attitudes and aggressive behavior.

The rating and slope rightly indicate a playing time of 4h20m according to the pro. Our play time including a stop at nine for pre-ordered food was 4h and 7m.

This was my first round at Black Diamond (BD) with my twosome paired with another twosome - first time BD guests as well. Our tee off time was adjusted and placed between a two-some and three-some of members behinds us (2some-4some-3some).

From the beginning of the morning tee time, the three-some were too close; intentionally trying to dictate their preferred pace of play. Balls were hit right behind us on 10 and 17th holes.. The other two-some were not having the best ball striking day, However, we were on pace of play and having fun.

The member were all dressed in the same red shirts as the staff with a clear effort to indicate their perceived elite membership status (VIPs) in comparison to daily fee players. These VIP's body language and cart positioning indicated this was a culturally acceptable norm by these self indulgent Pontypool septuagenarians. Not their first effort to force their desire for a 3h and 40 m round on newcomers to a tough course.

We chose NOT to engage knowing the outcome would not have any benefit toward our goal - have a fun and enjoyable day. Arguments on golf courses defeat the reason for playing.

We had three visits from the marshal to speed things up (as requested by VIP members) during a round that was 13 minutes better than GAO recommendations.
After the VIP members round (who finished almost aside us), the next group did not hole out on 18 for 25 minutes.

I DO have a home course and appreciate fast play. However, members should NEVER feel empowered to impact others enjoyment of the day, regardless of skill level. Today's level of aggressiveness indicates this type of behaviour could be an acceptable practice. at BD.
THUS, be wary before you take a day off, pay 407 charges and head east to this course.

NOTE: this feedback was given to the club pro (Wayne Ritchie?) at the end of the round. He confirmed our start time, tee order (2-4-3), pace of play and members status behind us.. It did appear that he knew the members and joined them for a patio discussion. I will assume his actions were genuine and not performative. I hope he can respond to ensure this practice of his members is not condoned.

Regardless, it did ruin a great weather day in Oct for four golfers who spent over $125 each with green fees, beers and food.

In really nice shape, fairways and greens
A challenging course with changes in elevation, some water and bunkers, which actually have enough sand to play from

We enjoyed the day and looking forward to next time

Great course! Was very disappointed that restaurant was closed at 1:30 for a wedding. Should of been made aware before tee off. Had plans with wife. Sure wreaked a perfect day.. Food is good here when offered.

The sun shone, grass was green everywhere and greens were fast.
Course in good shape. 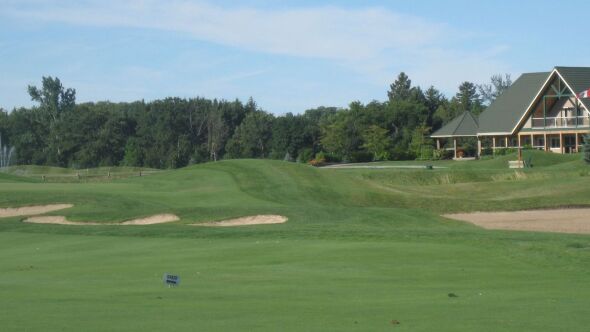 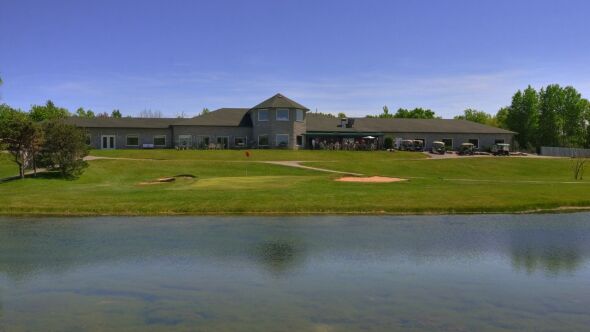 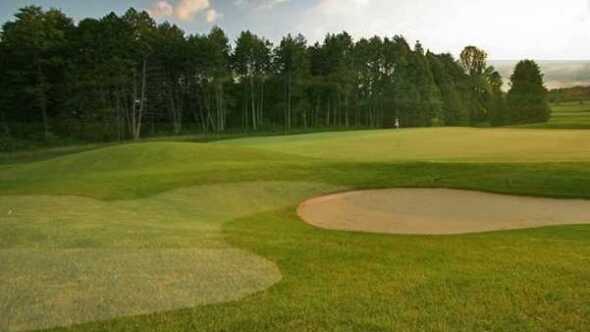 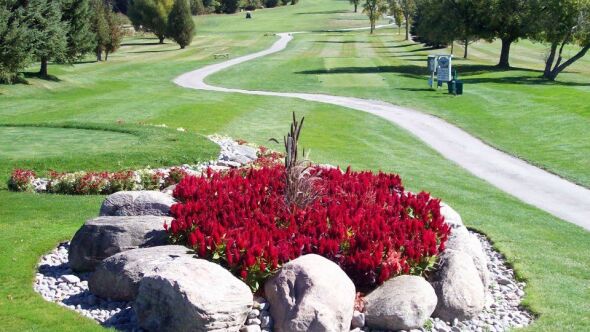 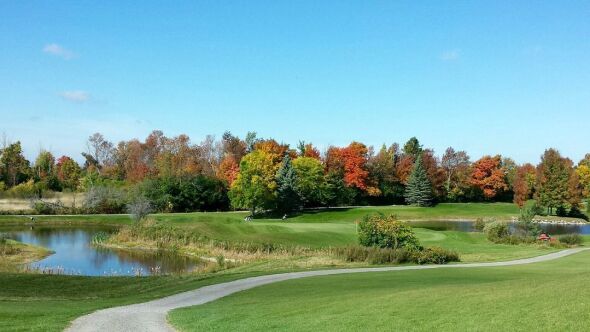 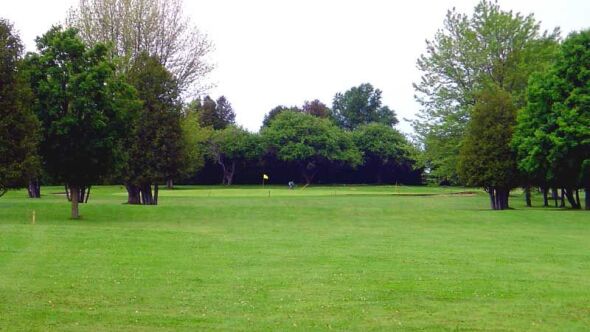 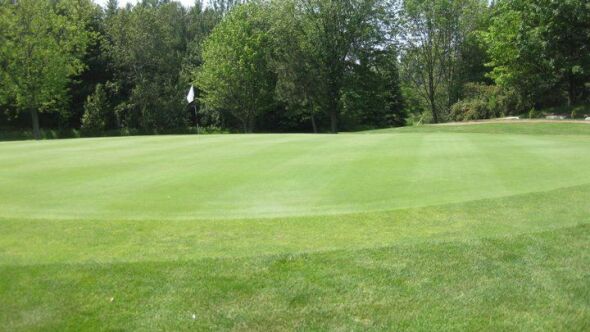 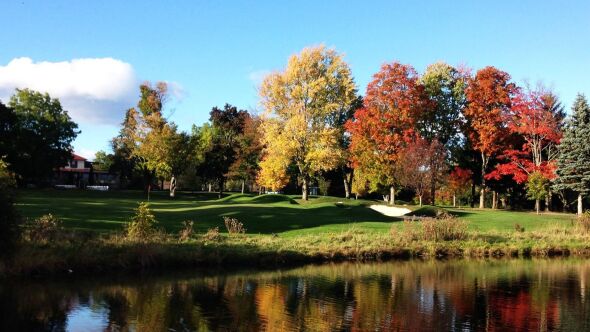 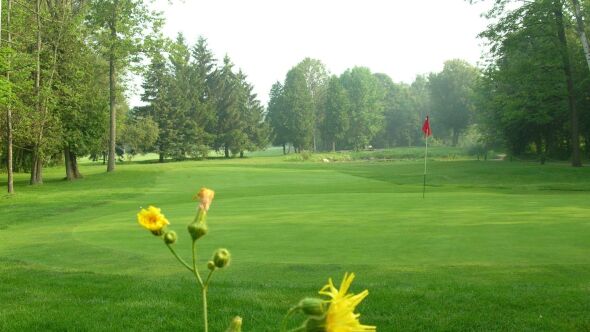 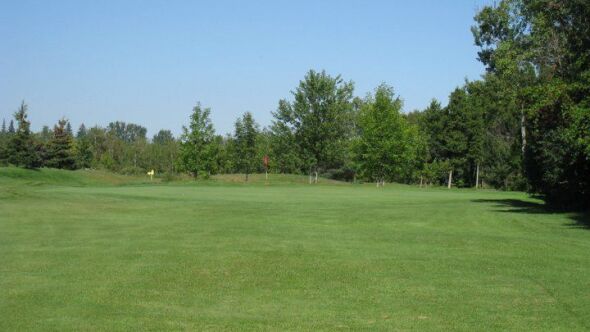 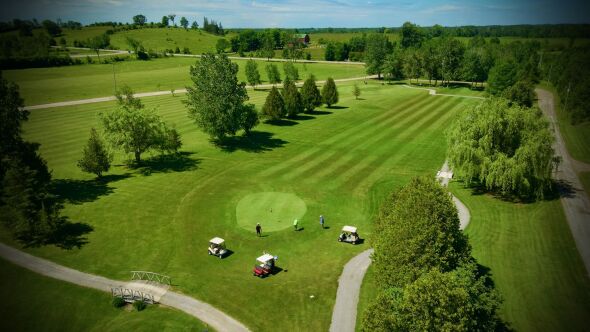 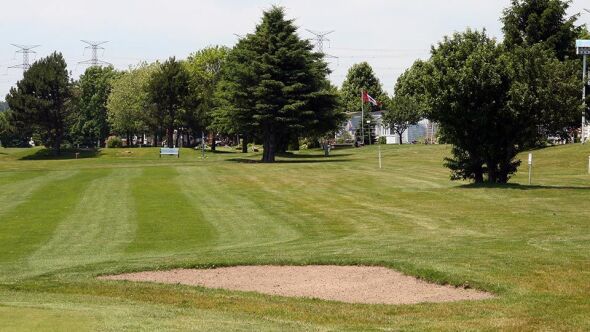 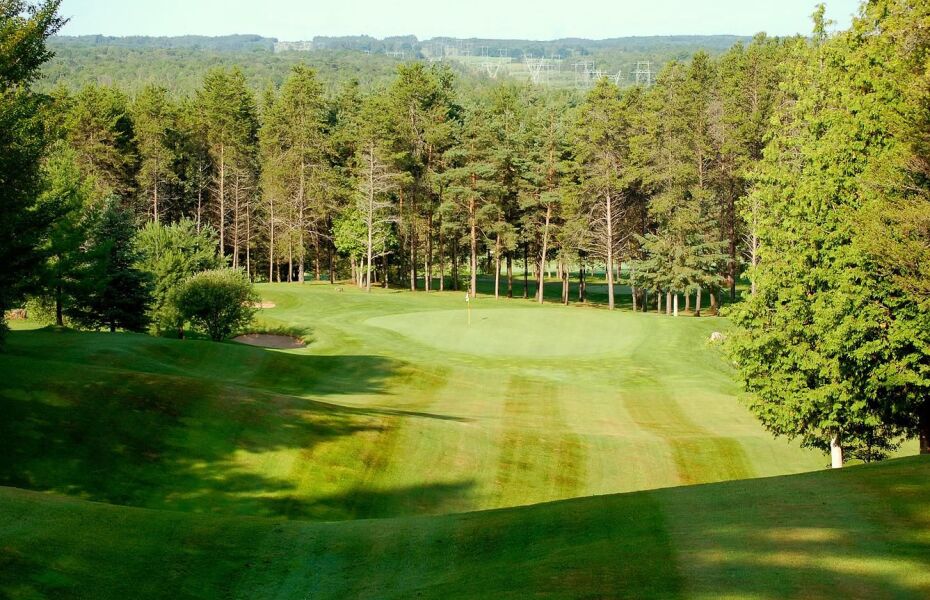 A view of the 7th hole at Black Diamond Golf Club 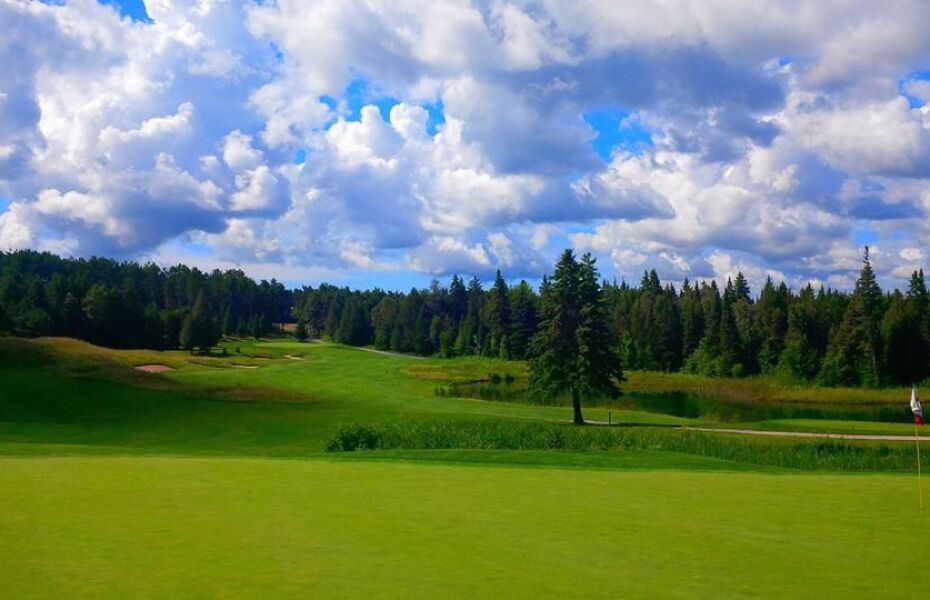 A view of green #14 at Black Diamond Golf Club 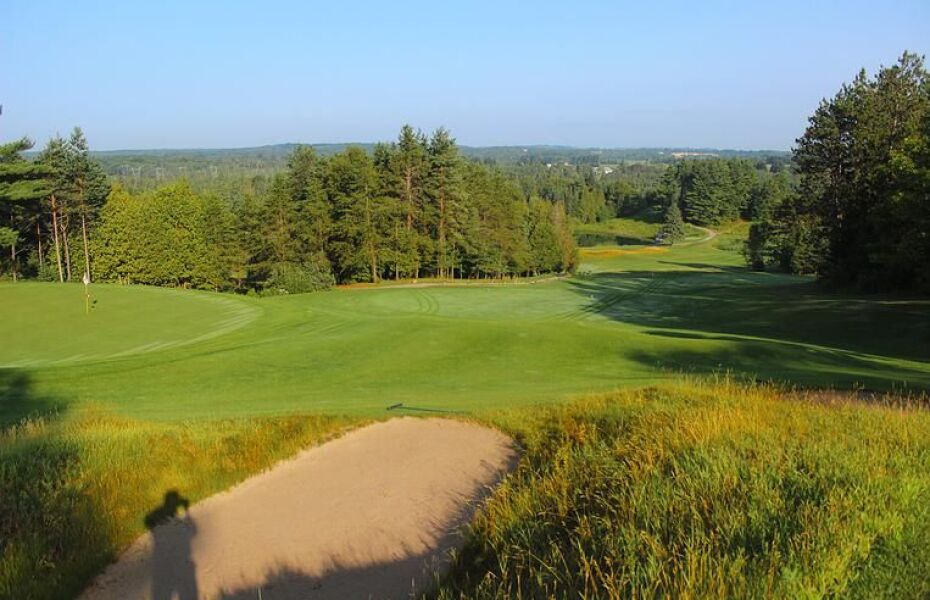 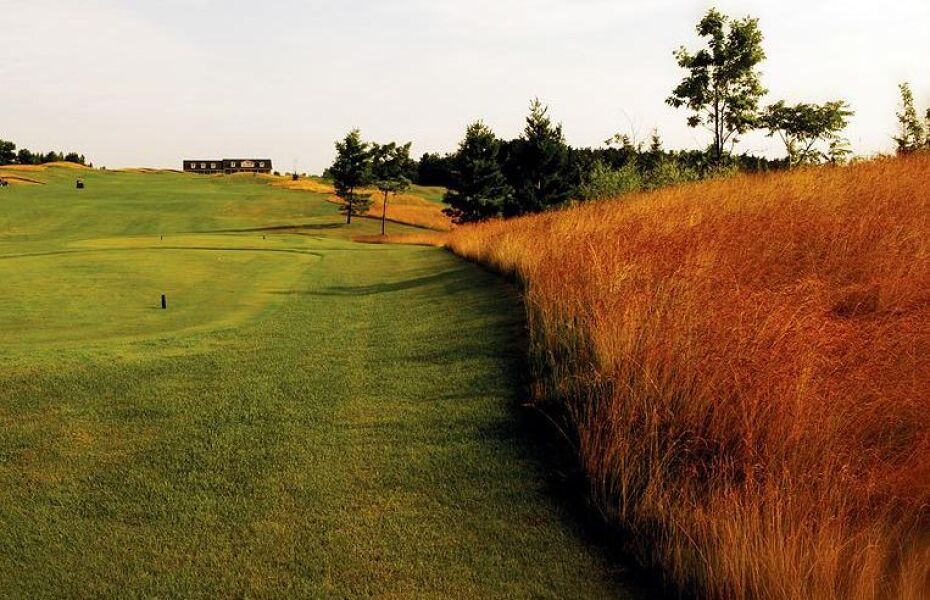 A view of tee #9 at Black Diamond Golf Club 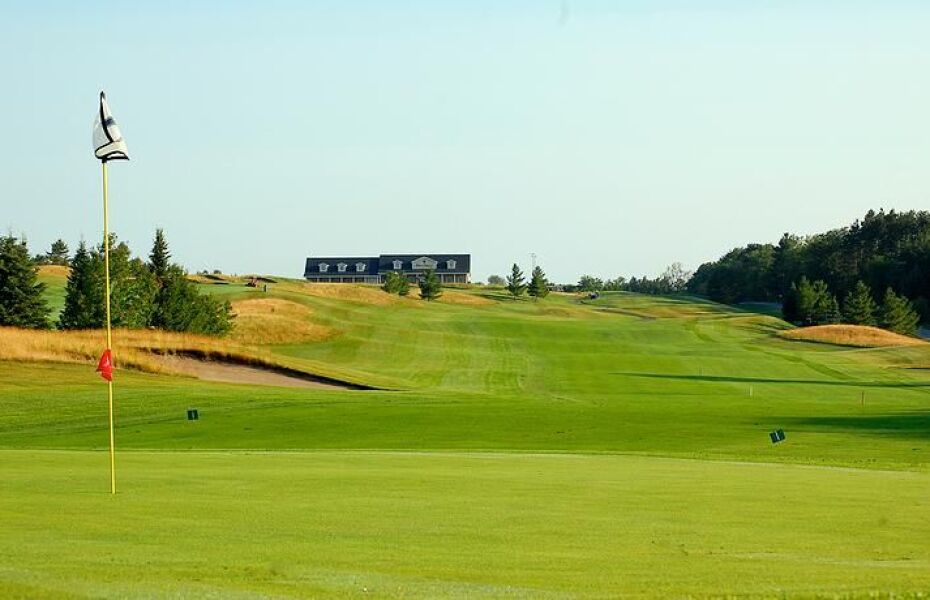