Course Challenges Include:
Bunkers 8
This course/club is great for:
Locals 10
Advanced Golfers 9
Beginners 7
This Course's Location is:
On a College Campus 11
Convenient to the City 10

East is the best value in the greater Lansing area. The condition are top notch and the price is lower then most other coures in the area. Hard to go wrong.

My 3rd time playing in the last couple of years. Fairways were great, rough was ROUGH - as in difficult to find your errant balls. Other than the greens' divot marks, they were pretty quick and easy to read. Love playing here and will be back!

League play Course was littered with league’s. Paid for 18 only got 11 holes this is being schedule on your Website as 18 holes should be able to play 18 holes people who play On Golf leagues don’t care It’s all about alcohol was going to address issue but clubhouse was closed.

Hello. Thank you for reviewing the course. We would like to apologize for your recent experience.

We appreciate the review. You rated us 3-stars which means there is room to improve on your recent experience at The East at Forest Akers Golf Course. Let us know, in the comments, how and where you would like to see changes from the course. Thanks for the feedback!

The pace of play

Seriously , it is an issue. Marshall’s do not enforce the pace of play, it is really an issue. Multiple Players grouped not letting singles play through, (seniors in groups of 4, walkers, Groups of 4 , pace of play) who wants to wait over 20+ min. A hole?! Please place a Marshall on each 9, please enforce the play speed. Everyone loves the game, the pace awful.
I booked a round at 11:08 I arrived at 10:15 to warm up on the range only to get to the first tee to the starter finding out I can’t even start.
The reason is is because there is a women’s league on the back nine they still hadn’t come off, which of course there’s no mention of any of this when booking through GolfNow. Also it took me over two hours to get through the first nine because of the slow play, usually it takes me 2 1/2 hours to get through 18, I was told that it is hard to enforce the pace because there are no morning Marshall’s.
The starters are awesome, Fred is awesome, all of the course accommodations are great, everyone is there for a nice time, please Accommodate the pace of play, please fix this.

Thank you for reviewing us. We see you rated the course 3-stars and are interested in learning what we can do to improve before your next round. Feel free to comment on this review or reach out to the team in the golf shop. We always appreciate the feedback. Thank you for playing The East at Forest Akers Golf Course, and we hope to see you again soon.

The rough was difficult to get out of today after yesterday’s rain, but that’s what happens if you miss the fairway on any course.

This course is moderately challenging, with some wide open fairways, and slopey uphill greens, yet friendly enough to most beginner amateur golfers capable of handling a few par 5s.

Course had extensive flood damage in all low lying areas. Greens were in fairly good shape. Had to wait for people in my fairway almost every hole (people spraying their tee shots onto other holes). Pace of play was good considering. Decent course for $30, wouldn't pay any more.

Hello. We appreciate you taking the time to review the course and rate us. We strive for a 5-star experience, so we welcome your feedback. We work hard to maintain the course for everyone's benefit, which means aerifying the greens as part of our regular maintenance schedule. The greens will be healed soon and in pristine condition. Please come back soon for the 5-star experience you expect at The East at Forest Akers Golf Course.

What happened to the conditioning of MSU FA East?

Went to MSU and have played both sides several times. Played Forest Akers East and the course was in pretty rough shape. There were multiple holes that had dead spots up and down the fairway. Not just small spots, but it looked like Billy Idol had put bleach all over the course with plenty of dead white spots up and down several fairways. The greens were unshaved and were extremely slow. Look, I love coming to MSU and the deal was right. Saying that, while all of the greens were slow, the holes (about five of them) need to be resodded. It looks like the MSU golf course turn management program needs to come back from a Covid break fast. I will come back, but would call ahead to find out if this was corrected.

Hello. Thank you for leaving us a review. We are sorry to hear your experience was anything short of 5 stars, but we hope you will give us another try in the future. Thank you for choosing The East at Forest Akers Golf Course.

Hi, thank you so much for leaving us with your feedback. We value our customer experience, so your review is important to us. We will make note and we hope to see you back at The East at Forest Akers Golf Course!

I've played this course before and really enjoyed it. Unfortunately, I think this trip had reminders of all the rain we've had fairly recently. Some holes has fairly large wet/pooled/muddy areas while others had (oddly) some dried out, brown-ish colored areas that crunched when you walked on them and smelled like wet dog. The cart I was in died on the 14th hole and we had to wait a fair amount of time for another to be brought to us. I kept checking the date to be sure that it wasn't Friday the 13th. :-)

Thank you so much for leaving us with your feedback. We value our customer experience, so your review is important to us. Please know the current conditions are by no means the standard we strive to achieve. We will continue to work towards a 5-star experience and we hope to see you back!

Love this course but heavy rain has left standing water in places for a week...some fairway and rough flood damaged

Decent course, but could be run better

This is a relatively nice course; it's fairly easy, without much water or sand, and without a lot of elevation changes. The conditioning was pretty good for July; the tees and fairways were in good shape, the rough was manageable and slightly thick, and the greens were nice, although a bit slow. We had a 3:20 tee time and pace of play was reasonable. We waited to hit about 20% of our shots, but nothing unreasonable.

Our main gripes were with how the course is run. First, we made our tee time online, and the email confirmation listed the wrong address for the course; it listed the address for the West course, not the East course. Given the extensive road construction in the area, we would have been late for our tee time if we hadn't arrived at the West course so early. It would be relatively easy to include the correct address to the course in the several confirmation emails sent out, so it is puzzling that this happened.

Even worse, though, was the fact that we were given an 18-hole tee time less than three hours before a league started off on both the 1st and 10th holes. This was not mentioned when we booked our tee time, nor was it mentioned when we checked in. As a result, after completing the 7th hole, a ranger had us move to the 12th, to play 12 thru 18, the idea being that we could come back afterwards to play holes 10-11 and then 8-9. When we finished 18, though, there was still a long line of league golfers waiting at the 10th tee, so we just packed it in. As a result, we paid for 18 but only got to play 14 holes. Again, it's hard to comprehend how this could be allowed to happen, but it gave the impression of a very poorly run course.

Hello, thank you for leaving us a review. We are sorry to hear your experience was anything short of 5 stars, but we hope you will give us another try in the future. Thank you for choosing The East at Forest Akers Golf Course.

Problem with group in front.

Group in front held up my group of two and the other two groups behind us. Man in front of us made a scene about us taking a shot once they were off the green and in their carts…both of us landed on the green that was 40 yards from the cart path. We spent the entire round waiting for them to progress the ball because they played from green tees inside of white, when they couldnt even hit the ball past the womens tees. I truly love the course but the pace of play today was flat out horrible and no ranger keeping people moving. 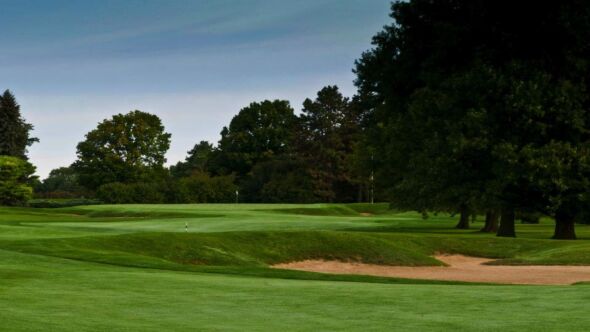 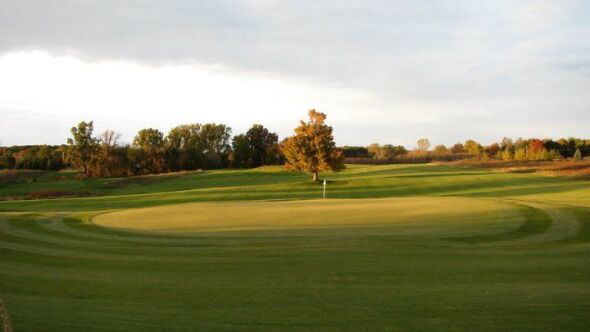 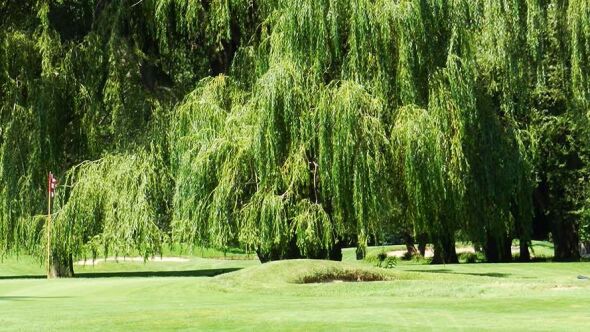 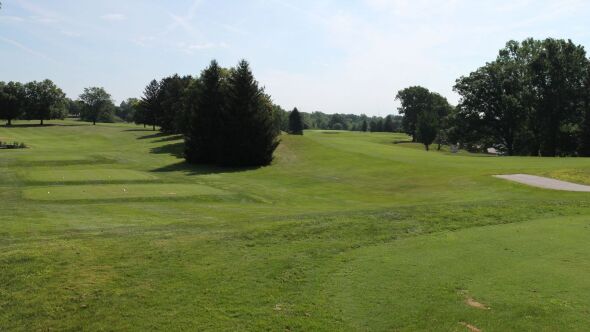 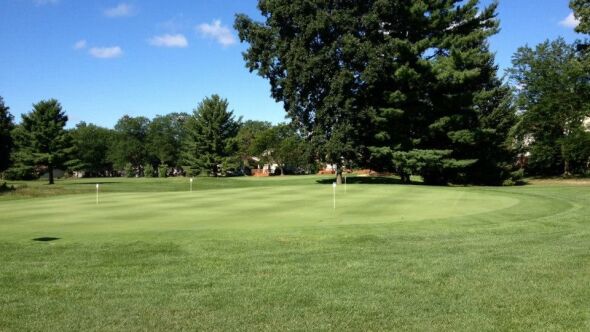 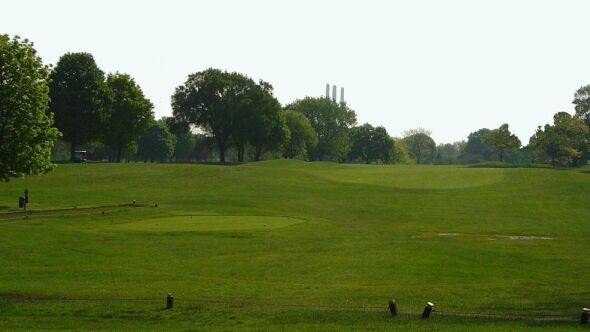 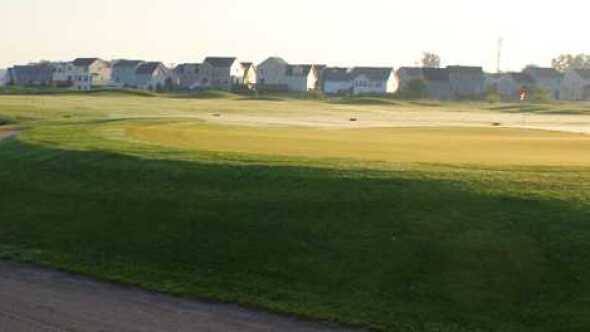 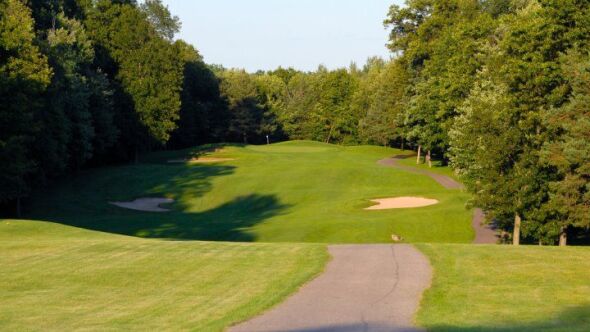 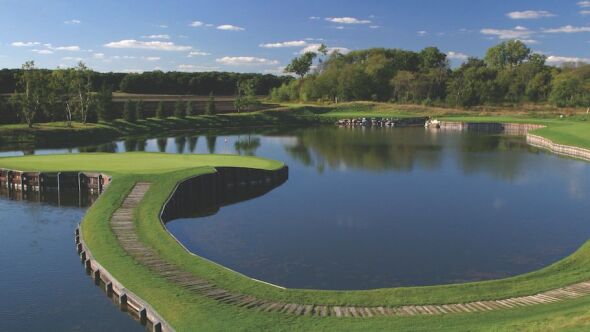 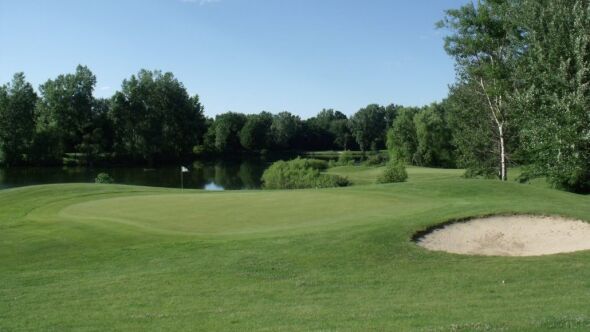 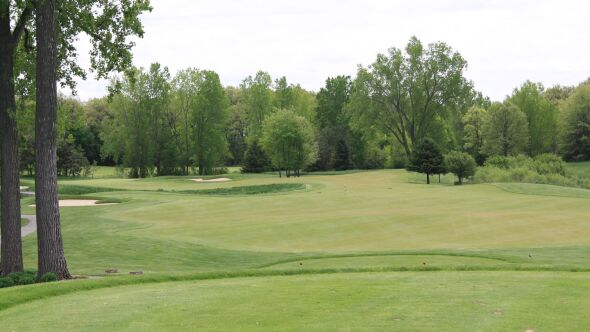 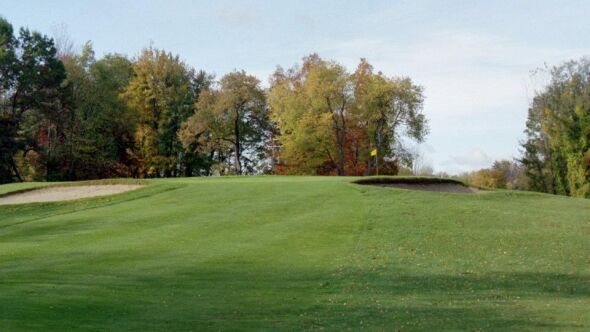 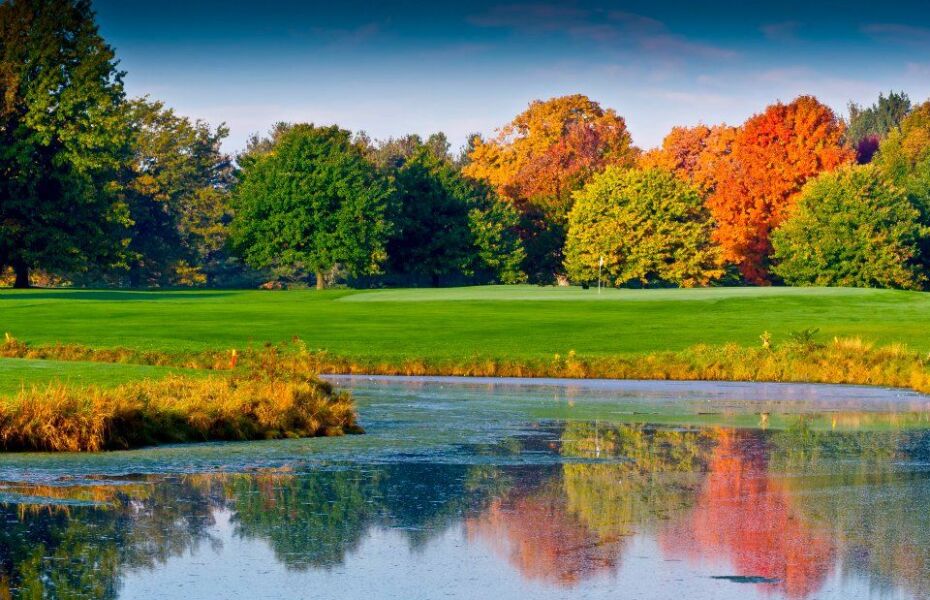 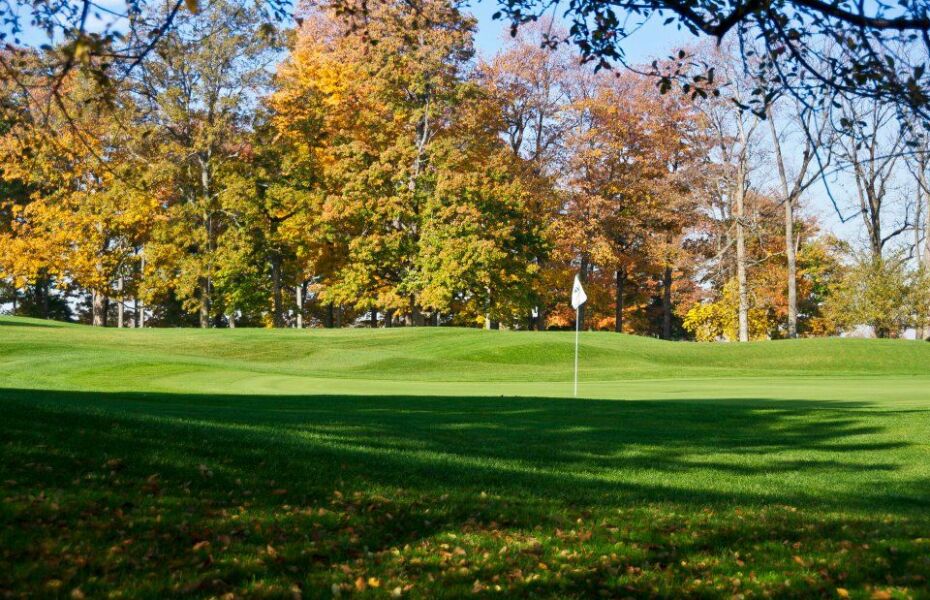 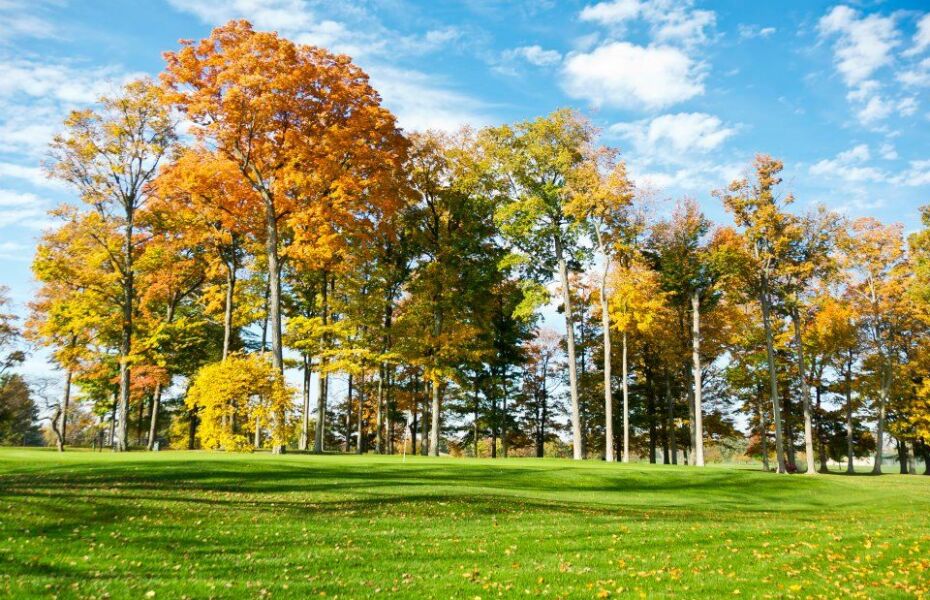 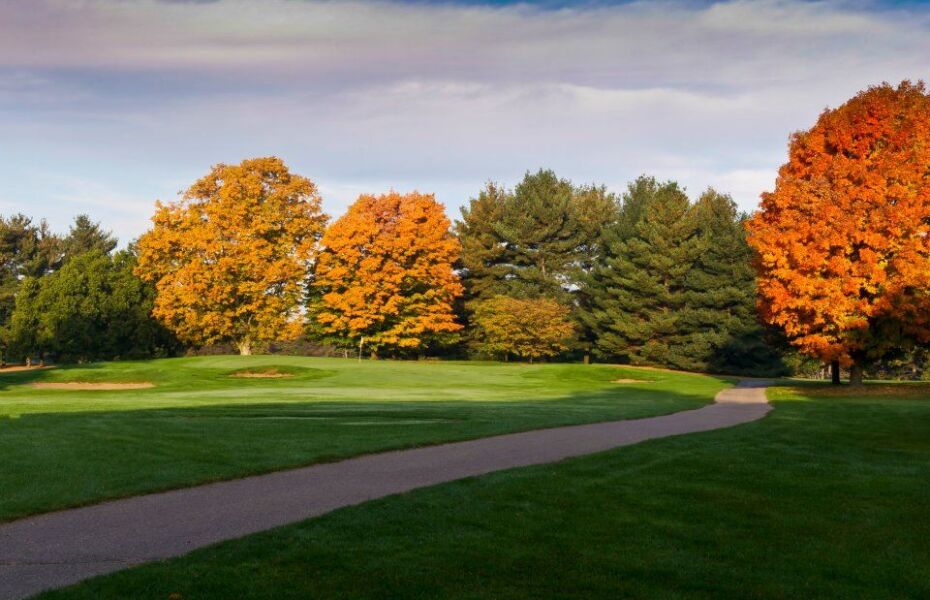 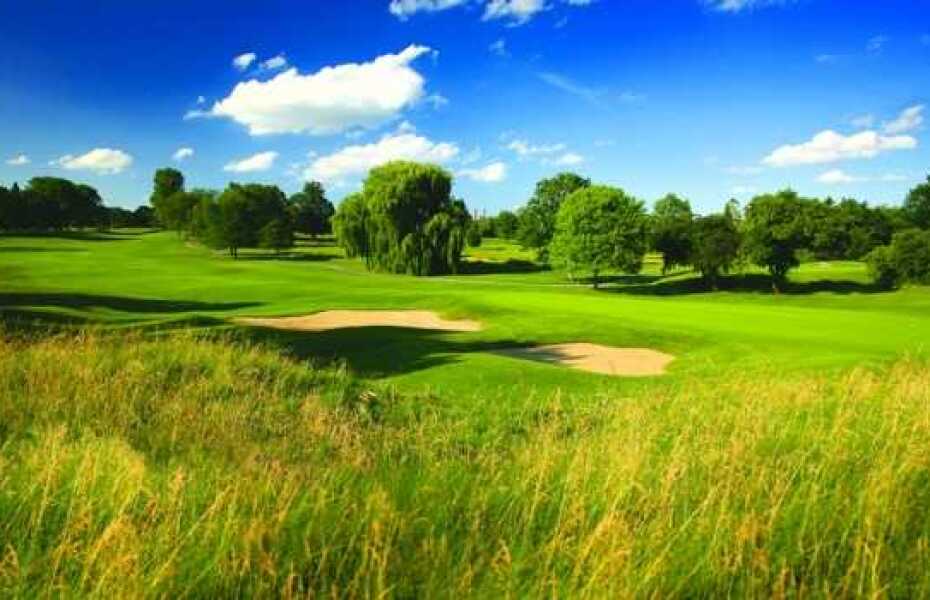