Tiger Woods defeats the decades at the 2019 Masters

Golf has come a long way, but Tiger is still the best.

I was seven years old when Tiger Woods changed golf, not just winning his first Masters but forging a new paradigm for the sport. No longer would golf be ruled by pudgy, chain-smoking, mustachioed middle-aged hustlers who could pooch-punt a Tour Balata around the course.

The young Tiger hit the golf ball with just as much pinpoint accuracy as the generations he would displace, but he also could hit it higher and farther. On top of it all was not a country club kid’s serene sense of entitlement but an apex predator’s lust for conquest. He didn’t just win that Masters. He consumed the field, lapping them by a dozen shots and more.

Everything changed that day. Twenty-two years and one day later, the most transcendent athlete golf has ever seen – the man who turned golf into a full-fledged sport – looked upon his creations and vaulted over them.

The golf world has gradually risen to meet the new standards Tiger set 22 years ago. The top players are bigger, stronger, younger and more diverse because in order to be the best, they had to beat the seemingly unbeatable. The 2019 Masters supporting cast is all shades of the figure whose greatness re-drew the parameters for success in golf.

Did you know that Dustin Johnson can dunk a basketball? That skill might have been irrelevant to a golfer in 1995, but now, the sort of explosive power DJ uses to jump high also enables him to smash drives huge distances, something Tiger used to hack golf that fateful week in 1997.

Brooks Koepka, seemingly made of marble rather than flesh, looks like he could replace retiring New England Patriots tight end Rob Gronkowski if he wanted to. But instead he plays pro golf, and does it with a brusque swagger that seems more suited to football, baseball or hockey. And does his icy relationship with the media remind you of anybody else’s?

We see Tiger in Francesco Molinari as well, from the Italian’s surgical iron play to his typically stoic approach to big moments. Let’s not forget that before his disappointing Sunday, Molinari was a major nemesis to Tiger, beating him face-to-face on two stages that match the Masters for high tension: the Open Championship (2018) and the Ryder Cup (2012, 2018). Molinari is emblematic of the generation that has competed with Tiger and, we’re told, is less intimidated by him than those who came before.

John Rahm is a Tiger Baby, too. His physicality and raw talent were on full display when he beat Tiger heads-up at the 2018 Ryder Cup. But when things don’t go so well, the young Spaniard’s temper flares up and reminds us of Tiger’s early- and mid-career penchant for petulance.

First-round co-leader Bryson DeChambeau’s hyper-analytical approach to the game – especially the mechanics of the golf swing – is kin to Tiger’s own restlessness and obsession with improvement. DeChambeau's air of supreme self-confidence is Tigeresque, too.

(And don't forget about the Nike swooshes adorning Koepka, Molinari and Finau...)

But in the end, all these golfers who have grown up with Tiger Woods as their lodestar could not beat their hero on Augusta’s almost impossibly green turf. They have all the shots, but all along, it was Tiger's intangibles they could not match, and there is no course in championship golf where intangibles matter more than at Augusta National. The competition is better than it has ever been, but there is still only one Tiger Woods.

At some point during the back nine on Sunday, a sense of wonder came over me. I slid off my couch and watched golf on TV from a seat on the floor for the first time since childhood. Once again, Tiger towered over me, making me feel like that giddy kid again, small and naïve, already smitten with golf but unaware how important it would become.

I’ll turn 30 this year. I’ve started discovering grey hairs. But for a few hours on a spring Sunday, I was that bony, wide-eyed little boy without a single adult concern. Tiger Woods packed us into his time machine and took us back to simpler days. What a ride it was. 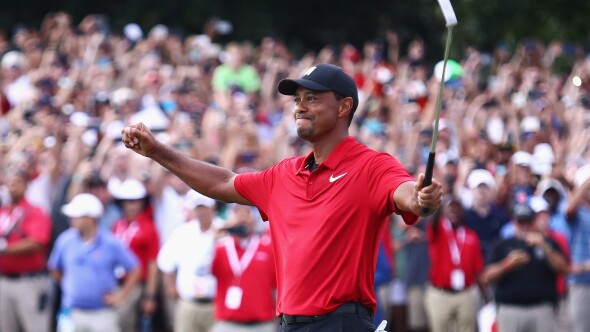 Articles
Tiger Woods reminded us what we were missing
One fan took Tiger for granted years ago. He's glad for a second chance to enjoy greatness in real time.
4 Min Read 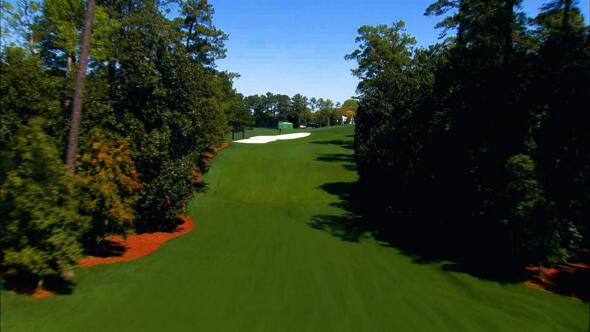 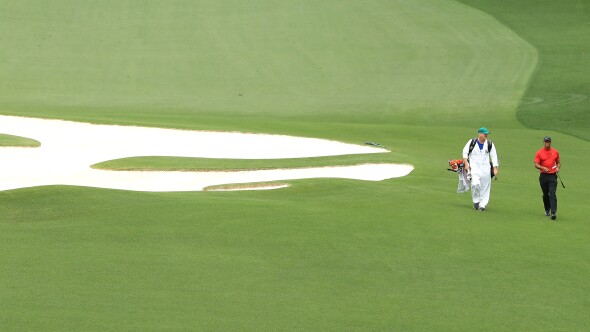 You have always been a favorite of mine Tiger I always reckoned you would win again and you have done that in great style.. I look forward to watching you win again .. Look after your back my boy so we in NZ can all enjoy watching you play and win many more times..
Kia kaha..