The 4 essential match play golf shots you must know

Every shot is important, but one or more of these could be the difference between winning and losing the next time you're on the golf course.

Match play is, in my humble opinion, the purest and best form of golf. Not only is it competitive, but a match between two or four golfers (if playing four-ball or alternate shot) is intimate in a way that large stroke-play events with a hundred or more golfers never can imitate. A compressed five-act drama can unfold over the course of 18 holes, and every swing is potentially loaded with meaning. Match play is golf's bridge to the other major sports, where there is a distinct winning side and a distinct losing side.

If you've played match-play, you know that momentum is everything. You can be several holes ahead in the middle of the back nine, only for your opponent to hit a miraculous recovery shot, win a hole out of nowhere and turn the tide against you.

Any experienced golfer knows that there are certain shots and situations that match play prizes just a little bit more over typical stroke-play golf. Four shots in particular stand out to me, and thanks to the incomparable archive of golf tips at GolfPass, you can brush up on any or all of them before your next match play duel.

What's the best shot you've ever hit - or seen someone hit - in match play?

In any match, the golfer hitting first has inherent advantage in the form of the opportunity to put instant pressure on his or her opponent by hitting a good shot. Therefore, the opportunity to hit first off a tee is a reward for having won a hole most recently.

Late in a match, putting a ball in the fairway off the tee, especially on a tight driving hole, can put match-changing pressure on your opponent. In this excellent Revolution Golf tip, Jim McLean teaches you how to hit a controlled fade when you absolutely must hit the fairway. It may fly a little lower and shorter than what you're used to, but it will set you up for success in match play, whether you're trying to mount a late comeback or stave one off.

A Controlled Fade to Find the Fairway

There's no doubt that holing critical three- to eight-foot putts can be crucial in match play. Just ask Bernhard Langer. But there's something better than holing a four-footer: not having to, because you've lagged your previous putt up to gimme distance.

Dave Stockton, one of the best putters of all time and a sought-after putting teacher, has decades of wisdom about putting. This segment from an episode of Golf Channel Academy with Martin Hall is a must-watch if you want to learn to lag putts closer to the hole. 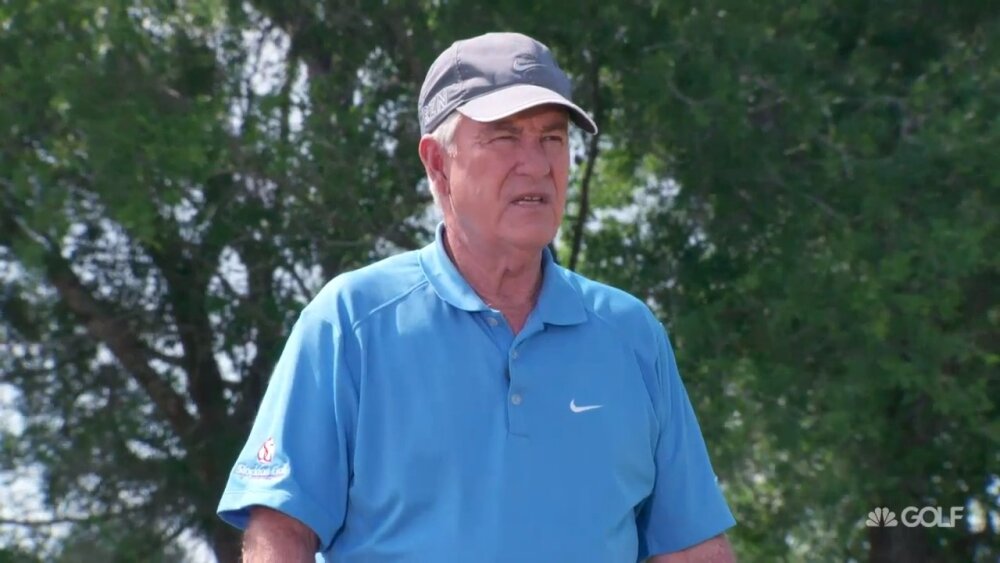 Terms and conditions apply.
I'M ALREADY A MEMBER TRY IT FREE FOR 7 DAYS
Dave Stockton's Keys to the Lag Putt

Match play is so much fun because it frees golfers up to sometimes hit risky shots that they would never take on if they had an 18-hole score to protect. The worst thing you can do is lose a single hole at a time...or steal the win with a spectacular recovery shot. If you're short sided near the green and your opponent has a longish relatively harmless birdie putt, chances are he or she is thinking you're about to give away the hole. But if you pull an amazing shot out of your pocket, suddenly that seemingly manageable putt becomes a lot tougher.

In this tip, Nathalie Filler walks you through the proper technique for hitting this exciting shot, as well as assessing the lie and situation to determine whether it's the right shot to hit at a given moment.

How to Hit A Flop Shot

In 1989, Europe repeated as Ryder Cup winners for the first time in the competition's history, having beaten the United States on American soil in 1987. The hero in '89 was little Christy O'Connor, Jr., who hit a 229-yard 2 iron to gimme range on the long 18th hole at The Belfry in England. His opponent, Fred Couples, hit 9 iron on the same hole, but could not match O'Connor's masterstroke. Once again, hitting first - even from 50-plus yards farther away - proved crucial to winning a match.

Even as many golfers have traded them away for hybrids, there is something majestic and a little intimidating about a well-struck long iron. In this tip from the first season of Ask Rory, Rory McIlroy gives you the long iron swing fundamentals you need to remember.

(Season 3 of Ask Rory is starting production soon. Want to submit a question to be used in the series? Just click here to learn more.)