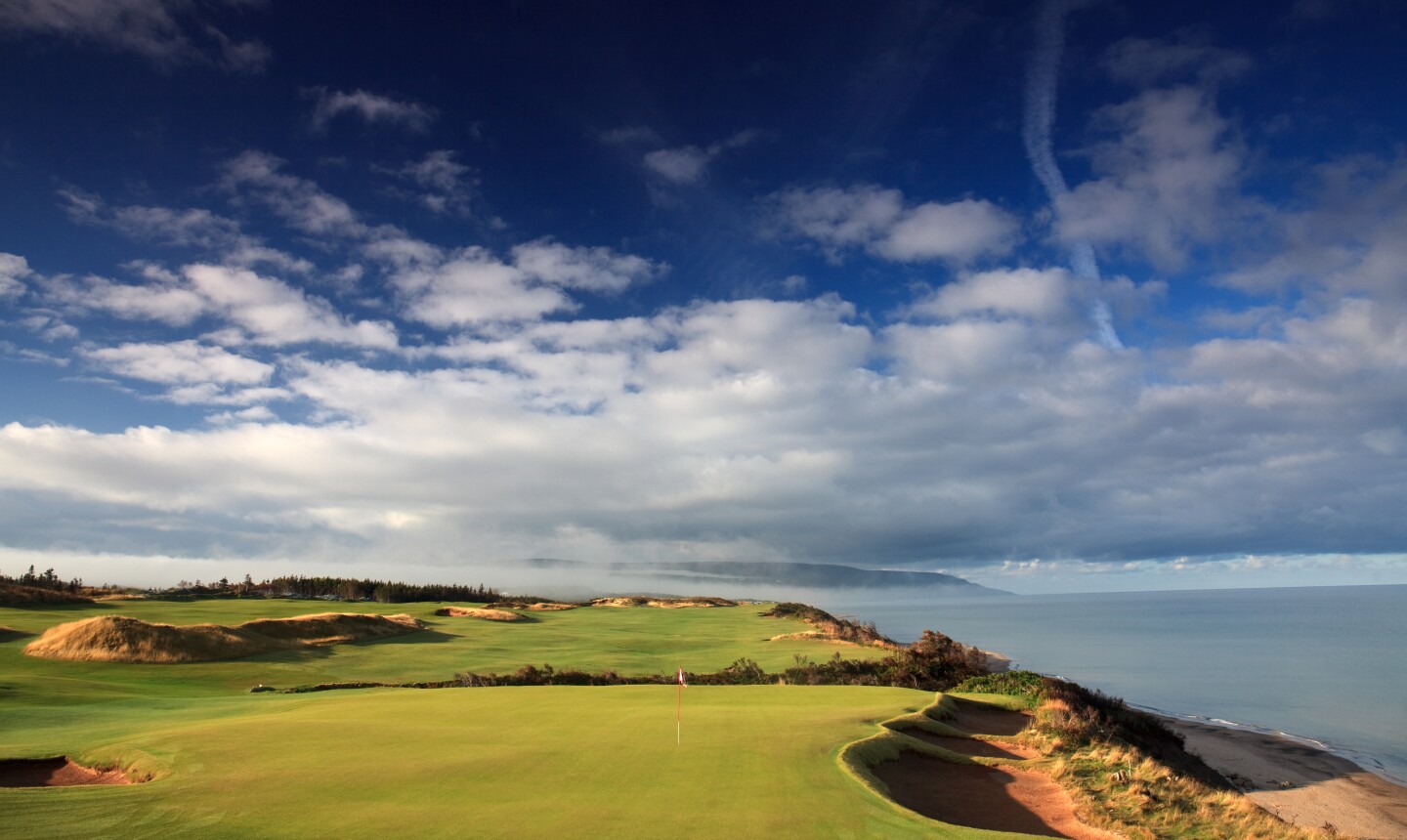 The par-5 10th at Cabot Cliffs shoots along the sea. Andrew Penner/Golf Advisor

Golf Channel's Morning Drive's Architecture Week brought insight into some of the top names in design, as well as some of the most pressing issues the sport faces when it comes to the future of golf course design.

The Monday wrap-up featured a discussion of 2016 golf season awards by Matt Ginella and Geoff Shackelford. Next year promises to be a big year in golf, with the return of the sport to the Summer Olympic Games in Rio de Janiero. Also, Bethpage Black returns to the pro schedule, but this time as a host of the FedEx Cup Playoffs. It's also a Ryder Cup year, and Minnesota's renowned Hazeltine will be in the spotlight.

In three categories, "Best foreign picture", "Best director" and "Best Picture," Ginella and Shackelford reveal which courses they're most looking forward to in 2016.

I'd like to add a few of my own courses to the list here. For starters, among their nominations for "Best Foreign Course in 2016," it's important to mention the current situation at RBC Canadian Open host Glen Abbey, the first solo design by Jack Nicklaus and currently on the brink of sale and in all likelihood, a housing development in its place, losing the course forever (you can read the article by the Globe and Mail's Adam Stanley here). It's a significant place in Canada golf for many reasons, and highlights the pressures that many golf courses located in urban cores are facing all over North America.

In the "Best Director" category, their award to the game's top architect, 2016 is in my opinion the year of Tom Doak. It's true, Rio's design by Gil Hanse is significant and historic, and Coore-Crenshaw's Cabot Cliffs is no doubt spectacular. But what Tom Doak is doing at Forest Dunes, a 36-hole reversible golf course, simply has never been done before, at least nowhere significant since the Old Course in St. Andrews. If The Loop is in successful, it will not only have an environmentally beneficial impact to golf course architecture, but might also prompt more developers to take chances that only lead to more interesting and innovative golf courses.

As for "Best Picture" a.k.a. "Course of the year", I think Oakmont Country Club is coming into the U.S. Open rotation at a perfect time, sandwiched between non-traditional USGA venues Chambers Bay (2015) and Erin Hills (2017). After epic player grumbling at the 2015 U.S. Open, Oakmont stands to take them back to the edge with the traditional USGA recipe of narrow fairways, thick rough and rock hard greens.

By Sunday, will players miss the big fairways and large, "broccoli" greens of Chambers?

The fabled Copperhead Course at Innisbrook underwent a significant renovation between stagings of the Transitions Championship. You can view Morning Drive's recap of the renovations here.

In Connecticut, Travelers Championship host TPC River Highlands is also undergoing enhancements that are expected to be complete before the tour event.

And of course, the year of throwback Pete Dye: The BMW Championship brings pro golf back to one of Pete Dye's originals, Crooked Stick, located in Dye's home state of Indiana. Meanwhile, in central Texas, Austin Country Club, will be a pro golf host for the first time, and has been undergoing a significant renovation project itself to prepare for it's close-up. Lastly, the infamous Stadium Course at PGA West, which upon its debut on the PGA Tour in the 1987, led to such player disdain it was taken off the Bob Hope rota for nearly three decades. It is finally set to make a grand return to the CareerBuilder Challenge in Palm Springs. Kira K. Dixon
Lifestyle Correspondent
Now Reading
Architecture Week: Best golf courses to watch in 2016
New Cookie Policy
WE AND OUR PARTNERS USE COOKIES ON THIS SITE TO IMPROVE OUR SERVICE, PERFORM ANALYTICS, PERSONALIZE ADVERTISING, MEASURE ADVERTISING PERFORMANCE, AND REMEMBER WEBSITE PREFERENCES. BY USING THE SITE, YOU CONSENT TO THESE COOKIES. FOR MORE INFORMATION ON COOKIES INCLUDING HOW TO MANAGE YOUR CONSENT VISIT OUR COOKIE POLICY.
CONTINUE
Search Near Me