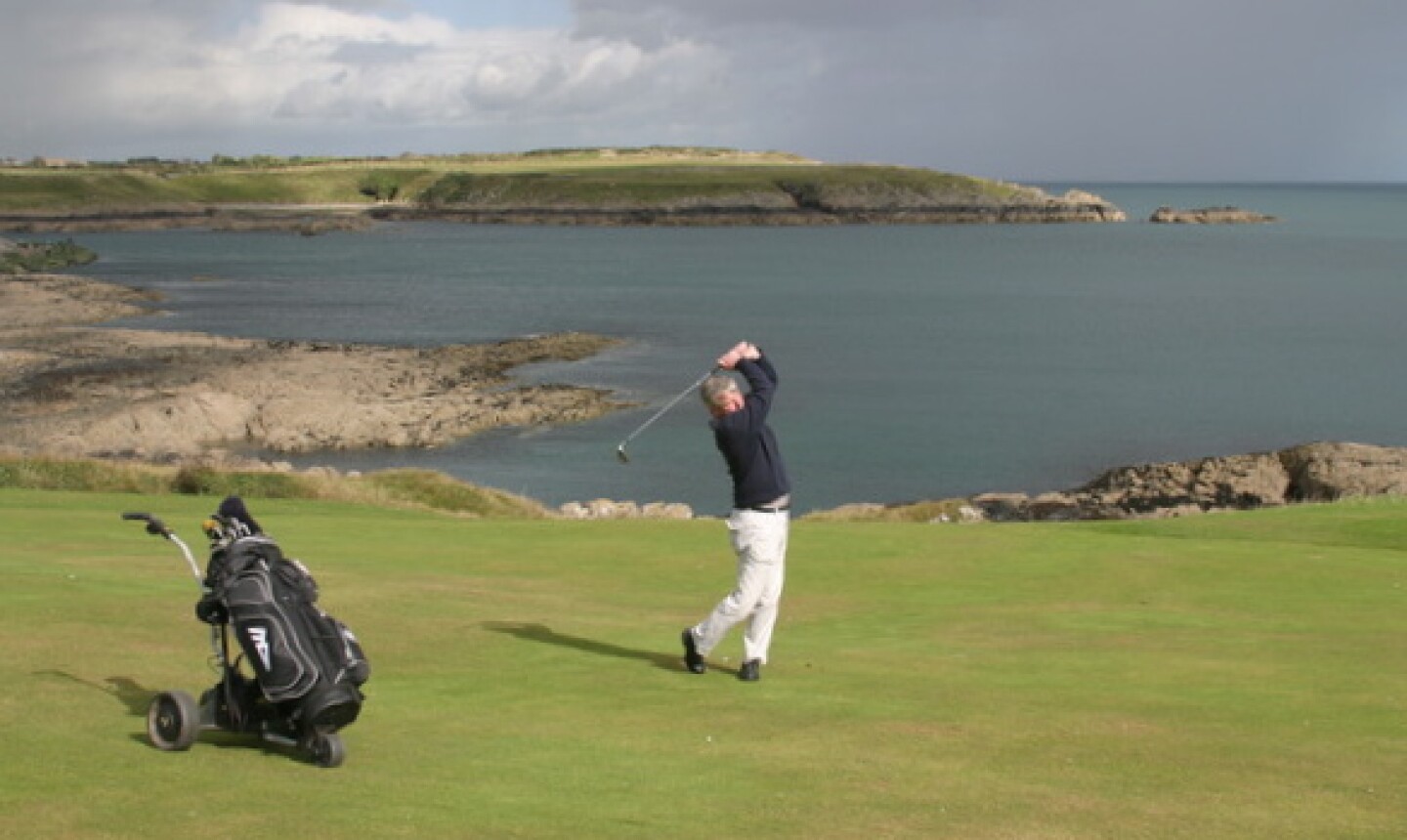 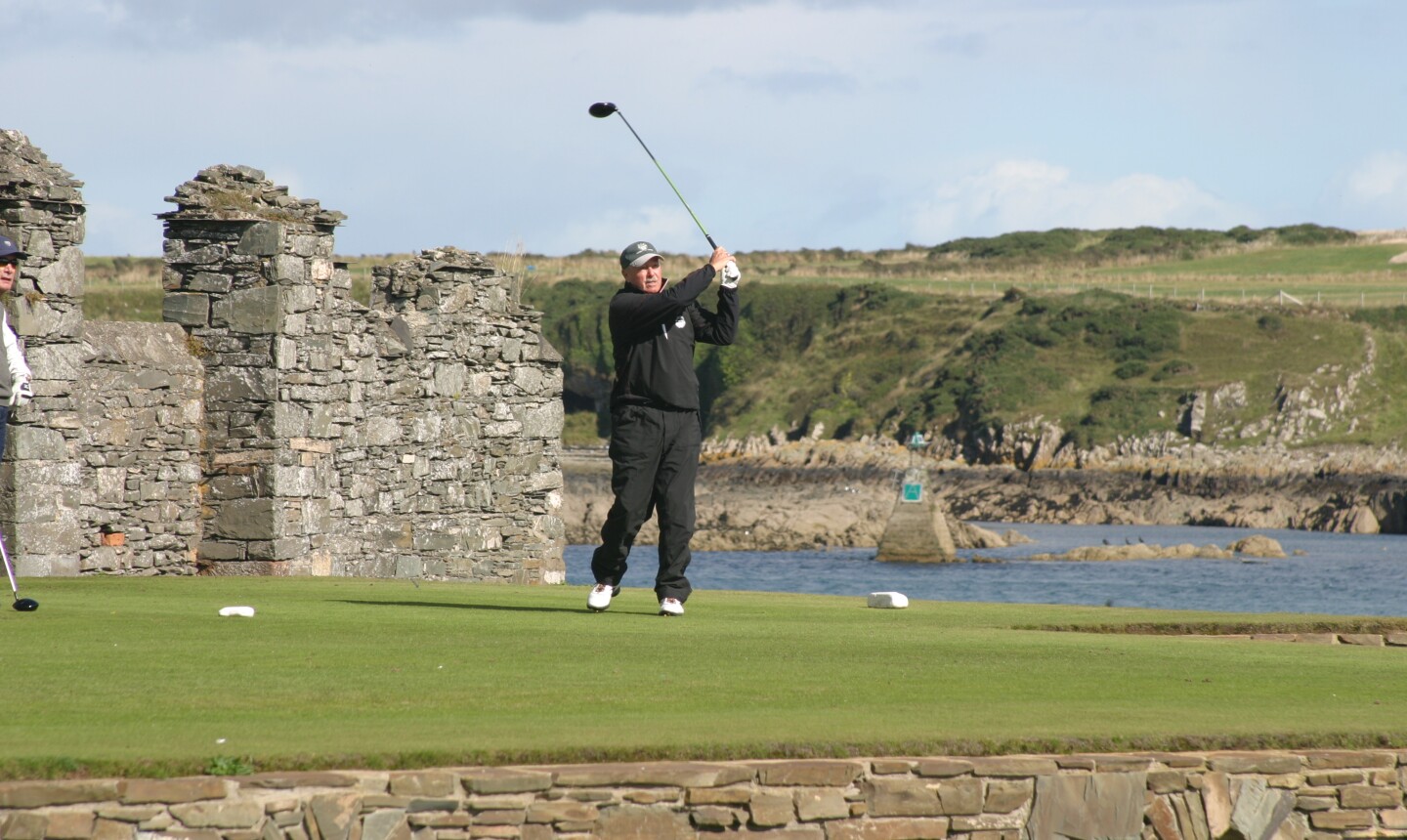 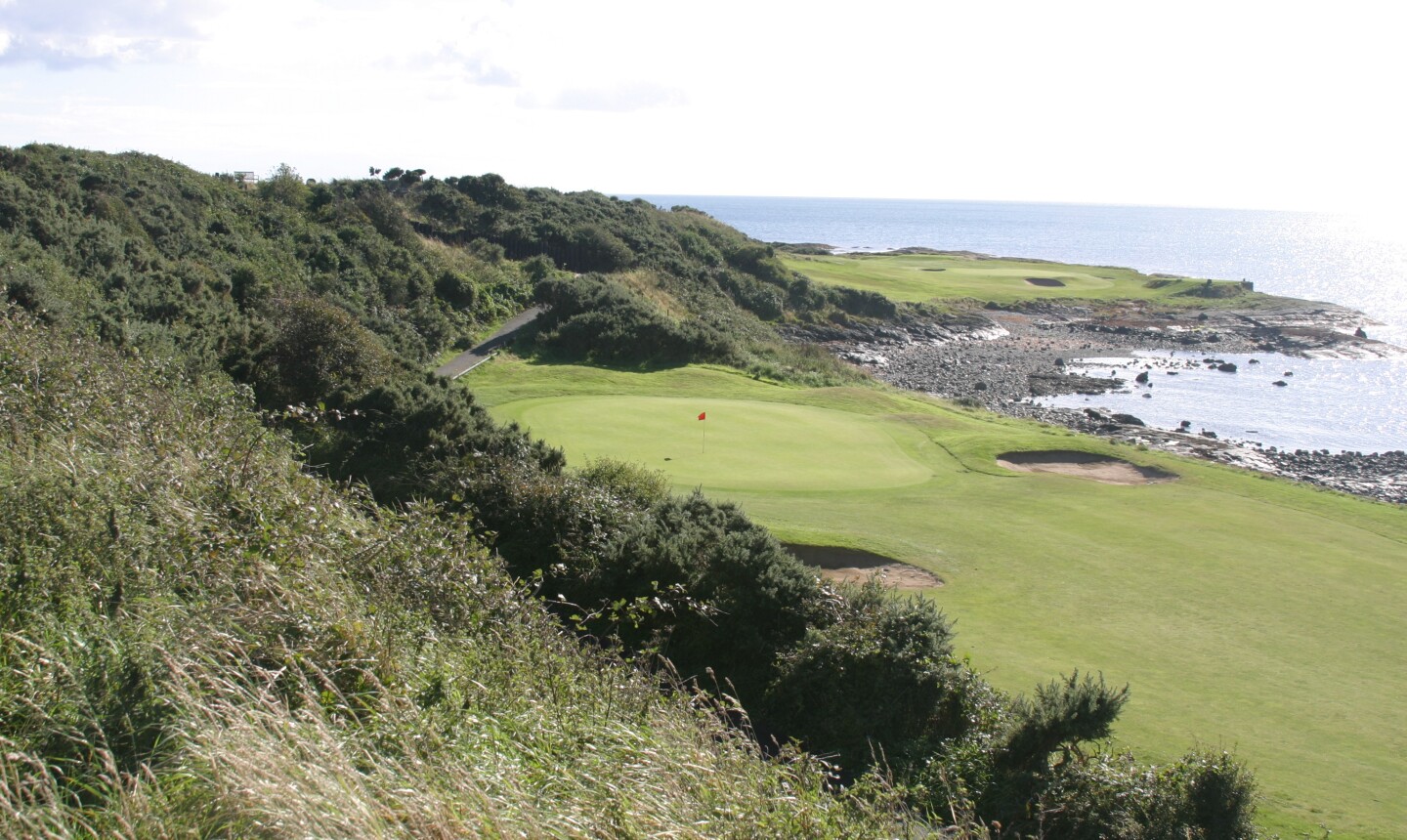 The 11th hole at Ardglass Golf Club is an intimidating par 5 that is reachable in two. Jason Scott Deegan/Golf Advisor 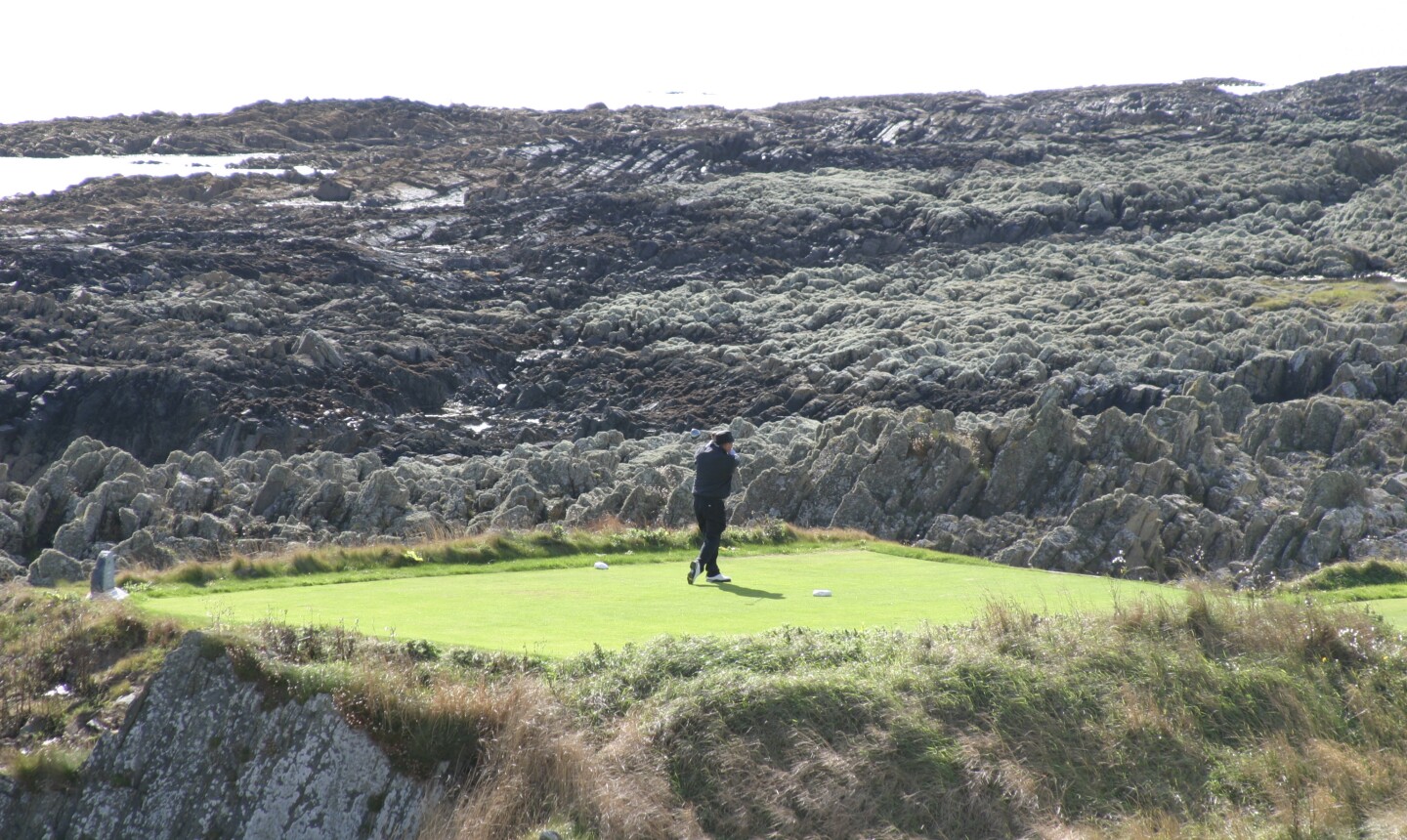 ARDGLASS, County Down, Northern Ireland -- Just looking at the scorecard does Ardglass Golf Club no justice.

The numbers -- a par 70 playing to a paltry 6,268 yards -- bring to mind a cramped golf course that can't be compared to the lofty standards of its two royal Northern Ireland neighbors, Royal County Down Golf Club, which is 30 minutes to the south, and Royal Portrush Golf Club, which is much farther north.

"It's hard to convince people that it is a challenge," Ardglass member Cormac MacMullen admits.

What Ardglass lacks in beefy holes and a championship pedigree, it more than compensates with panoramic scenery of a rugged coastline that is both a photographer's dream and a sailor's worst nightmare.

It's not a stretch to crown Ardglass G.C. among the 10 most stunning seaside courses in the world, on par with the likes of Pebble Beach, the Old Head of Kinsale in southern Ireland and Cape Kidnappers Golf Course in New Zealand. The first five holes at Ardglass dance along rocky cliff tops above the Irish Sea. Twelve holes deliver knockout ocean views, thanks to tees or greens clutching precariously to the edge of land.

A clubhouse converted from a 13th century castle adds even more character to this unique links set in a sleepy fishing village.

"It was breathtaking in certain spots, beautiful, picturesque," says Bill McDonough, a Chicago-area resident who played the golf course this summer.

The club has been around since 1896, starting out as a seven-hole layout. It stayed as a nine-hole layout for nearly eight decades before more land was acquired. Alterations in 1998 created the current routing.

The round starts dramatically with one of the most daunting opening tee shots in golf. Standing on a tee in the shadow of the castle wall, players must carry a crevasse of jagged black rock to a fairway climbing toward the clouds. A quick hook will get rinsed by the salty sea.

It's the first of several holes that would be signature holes at most golf courses. The par-3 second hole plays over another rocky plunge.

The back nine delivers a jaw-dropping stretch at the par-5 11th and par-3 12th. The seaside 11th plays on a low-lying finger of land along the shore. The tee shot must carry 170 yards over a hedge to a fairway pinched by a gorse-entangled hillside on the left and the sea on the right. At 488 yards from the tips, heavy hitters can reach the green in two, but they must be wary of a stream crossing the fairway at the 150-yard mark. The par-3 12th hole freefalls downhill to a green 198 yards away, all framed by the Irish Sea.

The final elevated tee at No. 18 tumbles downhill with the castle clubhouse as a backdrop. The 345-yard hole can be drivable with a tailwind. Don't let the memory card on your digital camera run out before snapping this one last shot.

Critics of Ardglass call out several weak inland holes and the awkward out-of-bounds markers separating the 13th and 14th fairways as the only distractions on an otherwise challenging round of golf. Playing Ardglass tends to take more strokes than planned for rookies seeing it for the first time.

"Some of the holes were really dramatic-looking," McDonough says. "But it looked harder that it is. It just looks impressive."

The fun doesn't have to stop after the round. Head to the upstairs bar in the clubhouse, where members will be more than happy to show off the nuances of the castle. Be sure to ask about the 13th century shield unearthed during renovations and the spellbinding view from a hidden patio.

"We've made the claim that it is the oldest clubhouse in the world," member Peter McEvoy says. "The R&A have been here, and they've not disputed it."

Rumor has it the clubhouse might even be haunted. Don't be surprised. Most golfers who visit Ardglass don't want to leave, either.

Ardglass Golf Club plays much tougher than the yardage indicates. The wind wreaks havoc on the cliff-top setting. It will never host a Walker Cup like Royal County Down or a British Open like Royal Portrush, but it's still a top-of-the-line, must-play golf course in Northern Ireland. The first tee shot is one you'll remember all your life. 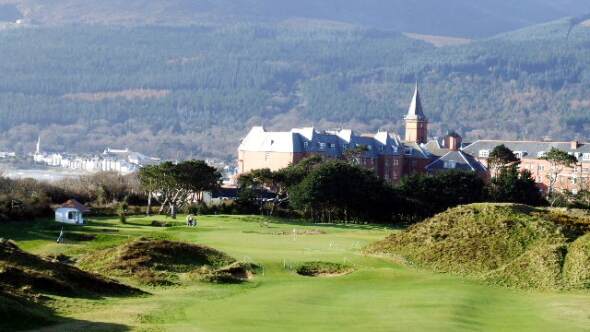 Articles
Golf in Northern Ireland is more than just the royals
Northern Ireland has a fantastic one-two punch in Royal Portrush and Royal County Down, which is among the best combination of championship links in any golf destination. After you book your tee times for those two golf courses, there are other plays that can fill out your vacation quite nicely, Brandon Tucker writes.
3 Min Read

By Tim Gavrich
Read More
Load More
Popular
Is this the most expensive 'golf package' of all time?
Golf's virtual-reality future swings into focus
Finally winning a title is a Cool Golf Thing
Secrets From The World of Golf Travel: December 2022
Editorial Staff