Are You More of a "True Golfer" than the Pros? 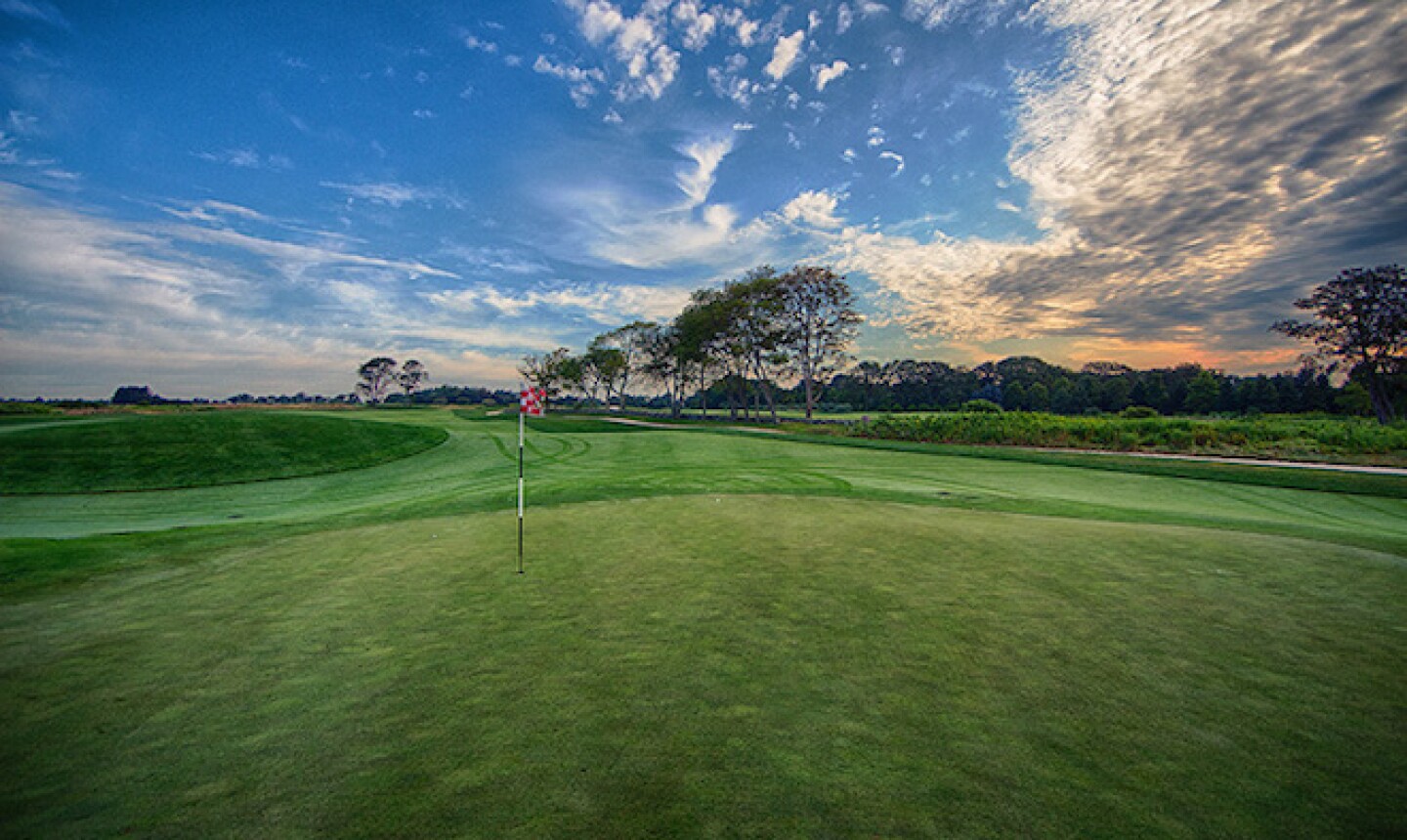 One of my favorite golf sayings is, “Nae wind, nae golf.”

Try telling that to the pros, who had their share of complaints after the first round of this year’s Valero Texas Open, when winds blew well over 30 miles per hour.

A few even withdrew from the tournament rather than face the wind!

Everyone who faced the wind had a lot to contend with...

Rough weather -- especially wind -- can turn some pros into crybabies, but I'd argue true lovers of the game delight in the challenge of playing golf the way it was originally played.

And although the British Isles and Ireland are famous for their many wonderful wind-exposed layouts, you don't need to cross the pond to enjoy a windy golf experience.

We know where you can (and should) go right here in the USA.

Imagine a golf course so windy that, for fear of normal flagsticks blowing out of the cups, uses short ones that are commonly found on putting greens!

That course is not in England, Wales, Scotland or Ireland, but rather in Rhode Island. It is the quiet Point Judith Country Club, a Donald Ross design. I have not had the pleasure of playing it (please comment below if you have!).

I have, however, played the nearby Newport National Golf Club, a public Arthur Hills track where winds can rip across the land at up to 50 miles per hour, which I experienced in a junior golf tournament some years ago. That made the already-challenging course tough as nails, but it was still fair due to the wide fairways on the open site.

It’s a good rule that any course on the ocean is going to get its fair share of breezes. Kiawah Island’s Ocean Course is certainly one of those, as is the Ocean Course at Hammock Beach Resort, which tends to be overshadowed by other top Florida resort courses. The Nicklaus-designed layout has as many holes on the ocean as any in Florida, with the long par four ninth and 18th holes clinging to the coast. Even though they play about the same length when I last played the course, due to the wind I hit a driver and five wood into number nine and a driver and eight iron into 18.

One course known for ever-present wind is the Links at Brigantine Beach near Atlantic City, New Jersey. In fact, the breezes there are so relentless that pros have been known to seek it out in preparation for teeing it up across the Atlantic in the Open Championship. The layout is not going to bowl you over and the course snakes through a residential community, but if you're looking to practice your wind-cheater, there are few better places in the Northeast.

Moving west, the Great Plains is understandably home to a number of great courses where wind is a constant companion. And currently, the state of Nebraska has a near-monopoly on excellent public-accessible courses, such as Wild Horse in Gothenburg and Bayside in Brule. And of course, the Prairie Club in the northern part of the state is known for breezes that can have you hitting sand wedge into one hole one day and a 5-iron the next.

What are the windiest courses you’ve played? Have you ever hit driver-sand wedge into a par five? How about driver-three wood into a 350-yard par four? We want to hear all about your wacky, windy golf experiences below.

I live in the Palm Springs area and regularly play Robert Trent Jones, Jr's Desert Dunes Golf Club in Desert Hot Springs where the afternoon winds can be strong enough to blow your hat off. The course appears to have been designed to accommodate the prevailing winds which originate from the west. It's no mistake that the area's iconic windmills are located nearby.

With temperatures in the 100s, the course is practically empty in the summer so it's quite easy to get around in two hours or so. While I've yet to play in Scotland or Bandon Dunes, this course is getting me ready.

Just returned from playing seven courses in Scotland. At the Old Course in St Andrews we had sustained 60 knot winds. It was tough going out (driver on 11 that ended up in the shell bunker on 8), but much fun coming in (almost drove 18). Also had 60 knots three days earlier at Nairn. Again, tough going out and great coming in. "Normal" 20-30 knots for the rest of the trip at Royal Dornoch, Castle Stuart, Cruden Bay, Trump Scotland and Kingsbarns. Great trip!

I once had the fantastic opportunity to play the National Golf Course in Victoria Australia where upon the into the wind 484 m par 5 17th tee it was so windy the ball fell off the tee. So to prove a point I teed it down took driver for all shots including chip n run,onto the green and putting I made bogey fantastic result but the previous hole was a par 4 16th 382 m down hill down wind drove the green made birdie so it averages out love playing in the wind.

Played in Kona, on the big island of Hawaii. Used a Driver and 9 iron on a 560 yard par 5. Needed to flush a 6 iron twice to reach the next green, some 160 yards away, back into the wind.

Great to read all these comments! My most impressive experience was on the Royal Dornoch, in Scotland. Can't remember the hole or the par, but driver one day/7 iron the next, both on the green!

Played the Prairie Club couple of years ago and was amazed that they had to run a sprinkler in the trap to keep the sand from blowing out! Now, that is what I call wind!

Have played more than 50 courses in Ireland so plenty of wind experience. At Connemara Golf Club, located in Clifden, County Galway, during a local fund-raiser, I hit a driver aimed to about 9:30 on a par three and was (for a while at least) closest to the pin.

Grew up playing Montaup GC in Portsmouth, RI in the late 50's / early 60s just a few miles from what is now Newport Nat'l. Sekonnet Cove on one side, Mt. Hope Bay on the other (aren't all courses in RI right on the water?!?). Remember as a kid ('bout 14) hitting 8-iron over the pond to the 138 yd. #8 postage stamp green. Next day slugging a 3-W hoping to catch the banana peel front bunker. Ohhh ... those were the days !

Used to be a public course on the northwest side of Reno and part of it was in the "foothills" of the Sierra Nevada. Started at 12 mph, by 9th 33 mph and building. on 17, the flag stick blew out of the hole three times while we tried to hit to the green (a par 3 over barrancha). My wife lined up a put and when she pulled the club into the backstroke, the ball moved with the putter face. Really upset her when I told her that cost a penalty stroke! Hit a driver on the par 5 18th and had a 9 iron into the green (565 yards). Marshall drove up and told us wind was at 54 steady and gusting to 68! Course closed for lack of players!

Tim Gavrich
Senior Writer
Now Reading
Are You More of a "True Golfer" than the Pros?
Search Near Me