Best golf course designs by Greg Norman you can play

Greg Norman had a remarkable playing career that included two Open Championship victories and 331 total weeks as World No. 1. Yet his business career in golf has been even more dominant. The Shark has irons in the fire from everything from apparel to golf design to wine to golf cart entertainment.

When you consider the phenomenon of PGA Tour players-turned-architects that ramped up from about the 1970s, Norman's total portfolio trails the "Big Three" — Arnold Palmer, Jack Nicklaus, and Gary Player — but his firm's 100-plus designs in 34 countries puts him ahead of the total roster of courses by other successful player-designers like Tom Weiskopf, Ben Crenshaw and Davis Love III.

He is particularly prolific in "Australasia." But the golf traveler in the western hemisphere will find many resort courses designed by Norman throughout North America and particularly in Mexico, the Caribbean and U.S. southeast.

He has three North American designs on this year's PGA Tour schedule: Tiburon, El Cameleon at Mayakoba and TPC San Antonio's AT&T Oaks Course. His course in the Bahamas at Sandals Emerald Reef, despite being an amenity for a luxury couples resort, is no easy loop and hosts a Web.com Tour event. Both TPC San Antonio and El Cameleon are regarded among the tougher courses each year on tour, in particular because both are susceptible to breezy days.

To determine which Norman designs are faring best among amateur golfers, we dug into your ratings and reviews (over 3,700) of Norman's courses. The following courses are his firm's ten best overall rated courses based on your reviews. Keep in mind our user base at this point is largely North American, so his Australasia portfolio isn't represented here.

Do you have a favorite Norman design? Let know in the comments below.

3. The Course at Wente Vineyards

Norman is certainly a premium brand in golf course development, with virtually every course in a high-end destination, so his courses' value ratings lag behind. But one of his rare courses that is in a less high-end spot earns strong value marks, Elks Run in Ohio. Here are his five best value courses according to your reviews:

2. The Course at Wente Vineyards

What are some of your favorite Norman courses to seek out when on the road? Let your fellow golfers know in the comments.

Brandon Tucker
Brandon Tucker is the Sr. Managing Editor for GolfPass and was the founding editor of Golf Advisor in 2014, he was the managing editor for Golf Channel Digital's Courses & Travel. To date, his golf travels have taken him to over two dozen countries and nearly 600 golf courses worldwide. While he's played some of the most prestigious courses in the world, Tucker's favorite way to play the game is on a great muni in under three hours. Follow Brandon on Twitter at @BrandonTucker and on Instagram at @btuck34.
8 Comments

Hard to beat Lodge at Koellet on island of Lanai, Hawaii for combination of a great course with absolutely amazing beauty!

Pompano Beach Public Course the Pines was redesigned by Norma

Pompano Beach Florida that is.

The course at Sandals in Bahamas is awesome. Loved it can't wait to go back. 3 handicap and gave me all I wanted with ocean wind. Views are spectacular. Web . Com players couldn't break 80 at their event some in 90's. So don't expect an easy resort course it is a challenge.

Greg designed Riverside Golf Club in Jakarta, Indonesia. It is a very challenging layout with all the Par threes and several other holes having a water carry or ravine to fly before you can reach the green. Nobody here gets a hole in one dribbling the ball along the ground.It favours the precise positioning of your golf ball with otherwise blind shots to the greens. Overall a top course and well worth a visit as are several other Jakarta courses.

I am fortunate enough to play The Course at Wente Vineyards in California often. It is a wonderful layout with a lot of elevation changes, and beautiful views of the vineyards in Livermore California. I highly recommend it to anyone that wants to play golf in the San Francisco Bay Area, as an added bonus, you can alsway go wine tasting after your round

I played Championsgate several years ago, but I don't remember anything very distinctive about it. I played nearby Shingle Creek and Johnny Miller's Harmony Preserve on the same trip and enjoyed them more.

TPC Sugarloaf is in my Top 5. I know it's private, but it's one of the best routings you'll find ... and the conditions are pristine, particularly in April around the tournament. Bent grass greens in ATL a rarity these days. #18 a great finishing hole. 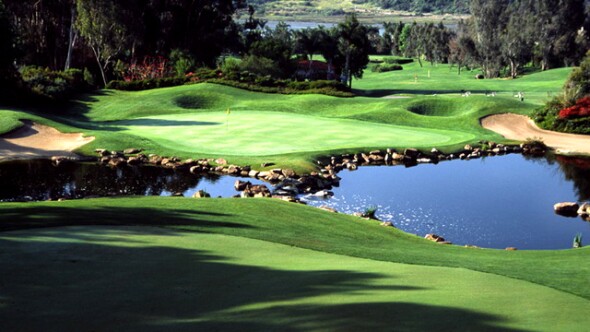 Galleries
Top-rated Arnold Palmer designs on Golf Advisor
Arnold Palmer has left a long-lasting legacy with hundreds of golf course designs around the world. These are some of his top-rated according to you.
16 Images

Articles
Rating the best Jack Nicklaus-designed golf courses
Jack Nicklaus has amassed a global design portfolio that is among the world's most prestigious as well. Here are his best courses, according to Golf Advisor's raters.
4 Min Read